Small-ship cruising at its best. That’s how Voyages to Antiquity promotes its sailings aboard Aegean Odyssey and, having just spent twelve days aboard this award-winning ship, I can’t disagree.

One of the biggest highlights of her British Isles sailing was her departure from Tower Bridge, right in the very heart of London. Her guests were ferried across the Thames on a local tender and would board the ship via HMS Belfast – the excitement began before even stepping onboard!

As the sun began to set, Aegean Odyssey started her engines, the tugs were in place and the traffic was stopped on Tower Bridge. The time to depart had come and the atmosphere on the open decks and along the banks of the Thames was truly electric. She sailed effortlessly beneath the bridge – naturally to the sounds of ‘Rule, Britannia!’ blaring out – as she was cheered on by hundreds of shoreside spectators.

I can’t put into words how I felt at that moment aside from very proud and very emotional. I know I wasn’t the only one, either. Experiences like this are what really set small-ship cruising apart and few vessels have the privilege of being able to offer this on their itineraries.

Our sailing included ports at Guernsey, Falmouth, Scilly Isles, Holyhead, Dublin, Scrabster, Rosyth and Port of Tyne. But, rather than talk about them all, I have decided to pick several of my favourite experiences to share with you. 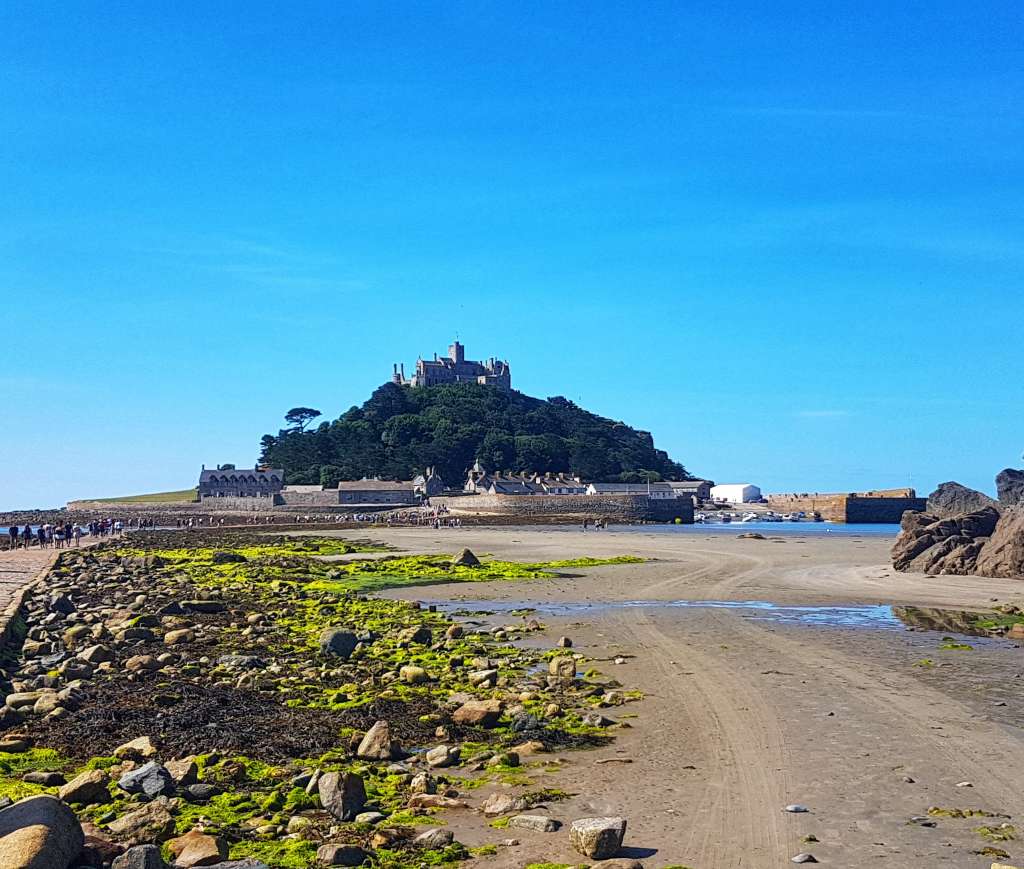 I was excited to dock in Falmouth. I’d visited twice before but never went to St Michael’s Mount, so that was my plan for the day.

It’s a fair walk along the beach and across the causeway to get to the island, but once there you can cool off with a cold drink or ice cream before setting off again.

The site is managed by the National Trust and the castle and chapel have been home to the St. Aubyn family since roughly 1650 – the earliest buildings at the summit date back to the 12th century.

It was originally a counterpart of Mont Saint-Michel in Normandy, France (and you can notice the similarities), but in 1424 it was given to the Abbess and Convent of Syon at Isleworth, Middlesex.

I was tired by the time I reached the top – it was a very hot and humid day – and the walk is quite steep and uneven, but the views are spectacular. I didn’t have time to venture inside as it was very busy – but often the exterior of old castles is just as rewarding as the interior anyway.

I journeyed back to the summit and walked back across the causeway and along the beach. The causeway is closed once the tide starts to come in, but boat services ferry guests to and from the mainland during these times.

I’d enjoyed the walk across so much that I wanted to be sure to do the same thing going back, so I left with just enough time to cross before they started shutting it down.

The sight of the Scilly Isles greeted us on July 26th and I was completely in awe. For a fleeting moment, I even thought I was in the Caribbean, such was its stunning beauty. 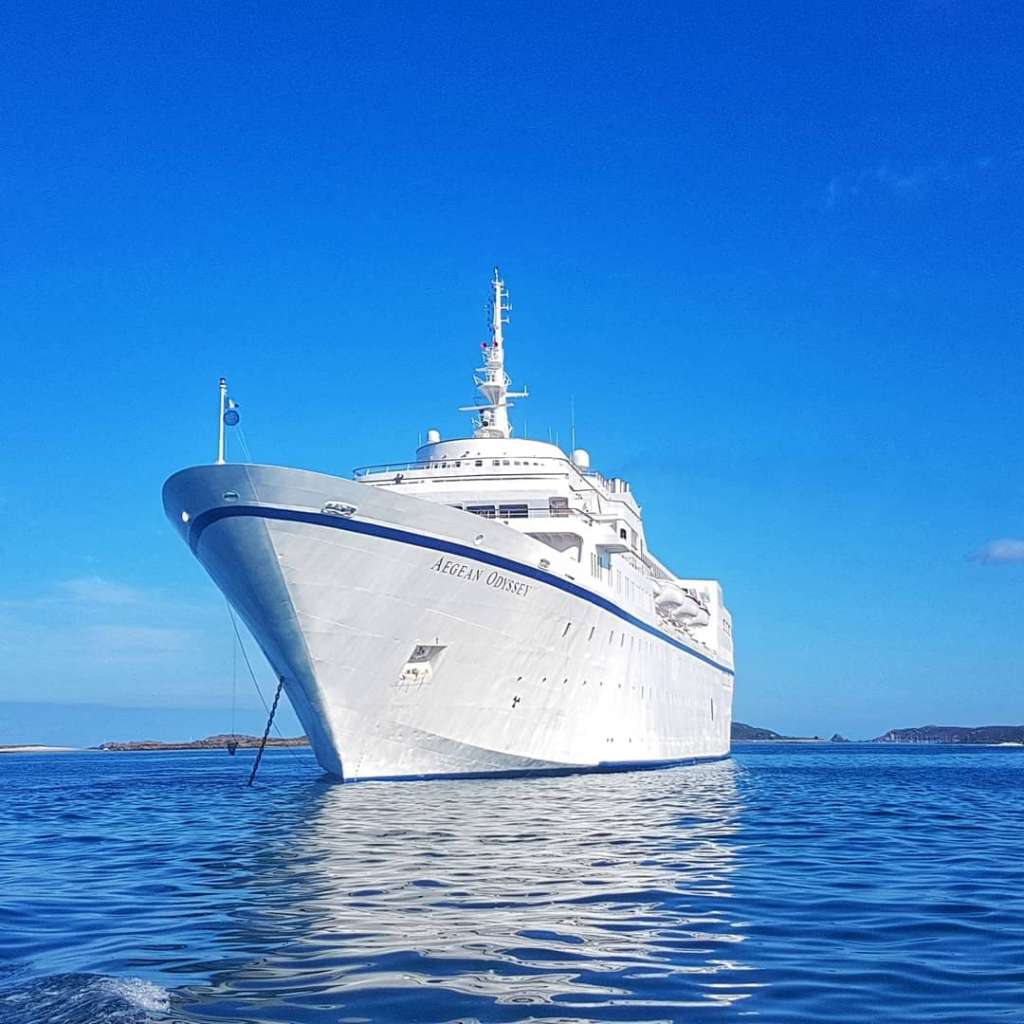 Voyages to Antiquity offered and included a tour to Tresco in this port, but there were also independent tender options to Tresco and St Mary’s.

I spent the morning in St Mary’s and explored as much as I could. There are only seven miles of road, so I can honestly say that I got to see just about everything. I took in stunning views from the Star Castle, which is now a hotel, but you can still access the grounds. It’s part of The Garrison and just around the corner is an old gunpowder magazine store that has information boards detailing some of the history, it’s free to enter, and you’ll find it behind the Detention Cell.

I stopped at some of the islands stunning beaches and other viewpoints, strolled through the heart of the main town, ventured up to the airport and then back across the island towards one of HRH Prince Charles and Camilla’s holiday homes.

There are several islands that make up Scilly, including St Mary’s, Tresco, St Martin’s, St Agnes and Bryher. Some of the small islands are uninhabited, but you can take boats across and spend the day there.

Can you imagine that? Having an island and beach to yourself for the day. That, in my book, is the stuff of dreams.

The weather deteriorated during the cruise and it ultimately meant we lost some ports of call – one thing that is always possible when cruising – but spirits didn’t dampen with the weather. 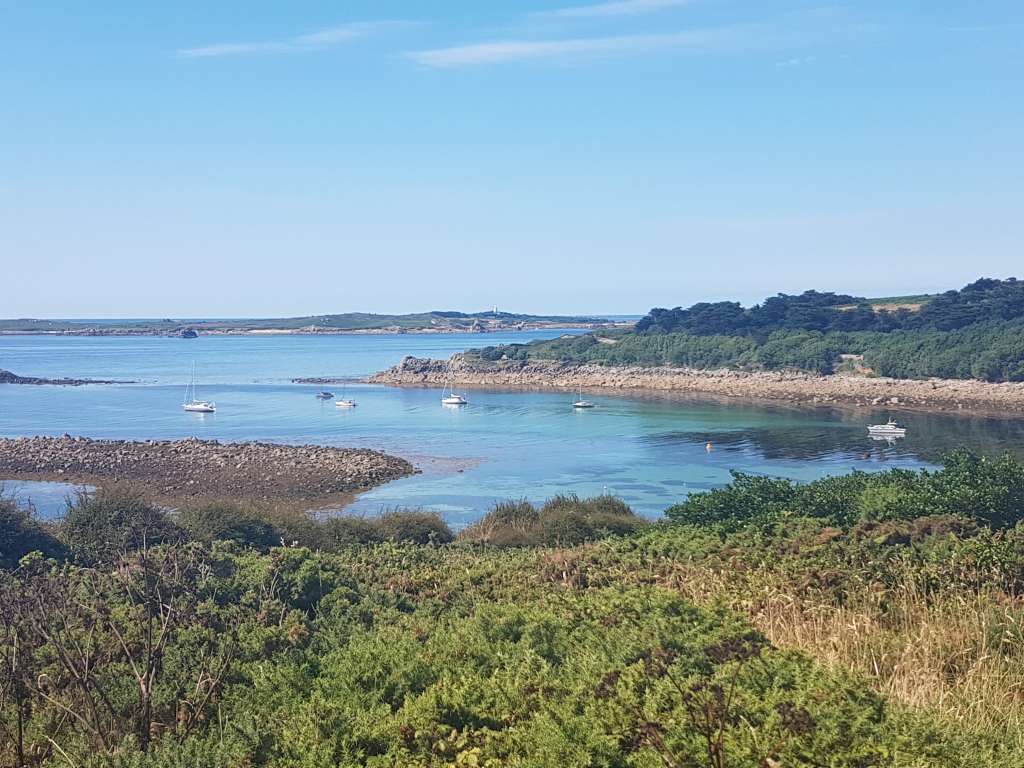 New plans were quickly put together and I very much enjoyed a morning lecture on one of our unexpected sea days presented by Andy Bunten, an ecologist with an obsessive enthusiasm for wildlife.

His talk entitled ‘Hold Your Breath – Britain’s Whales’ was the one I was most looking forward to. I’m always striving to know more about our marine life, especially since I spend so much time at sea, it seems part-and-parcel of the experience and it’s so important that we respect and protect it.

Andy talked elegantly about the feeding habits of whales, the evolution of the species and offered some fascinating facts:

Stirling Castle was my choice of included excursion in Rosyth and it was probably my favourite trip of the entire cruise.

Mary, Queen of Scots was crowned here in 1542 (when she was just a baby) but the castle itself dates back to the 12th century.

Stirling Castles stands high on a volcanic crag and it dominates the landscape, as you would expect.

It was the favoured home of Scottish Kings and Queens for hundreds of years and because of this it was also the most besieged.

At least eight battles were fought here, but two of the most famous and most important in Scotland’s history are The Battle of Stirling Bridge (1297) and Battle of Bannockburn (1314). 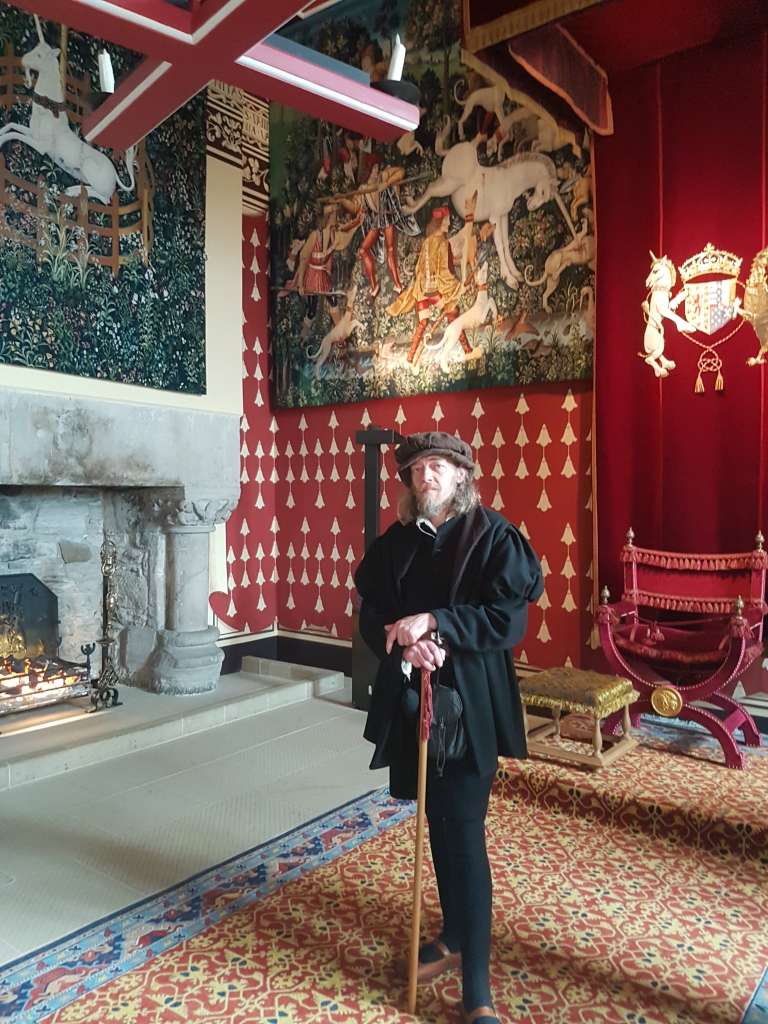 The Battle of Bannockburn was commanded by the King of Scots, Robert the Bruce, and his statue stands tall just outside the main entrance to the castle grounds. The last battle at the castle was in 1746 when Bonnie Prince Charlie tried unsuccessfully to take the castle.

My favourite area was the Palace, which was commissioned by James V in the 1530s. The architecture is French-inspired, and the interior is stunning.

There are two apartments – one for each king and queen ­– and several halls and smaller rooms. The artwork on the ceiling in each room is intricate and very impressive, as are the huge stone fireplaces. The Queen Anne garden was my second favourite area and it was beautiful. There were dozens of flowers and plants – and a small section where vegetables were growing.

I could picture children playing here while the queen sipped her tea, surrounded by her ladies-in-waiting.

My time with Voyages to Antiquity was (in every sense of the word) a learning experience. I read some interesting books, met some fascinating people and explored places I’d never been before.

The whole enrichment experience is worth its weight in gold.