Royal Caribbean has released a series of photographs showing their latest Quantum-class cruise ship Anthem of the Seas sailing into the port of Southampton. 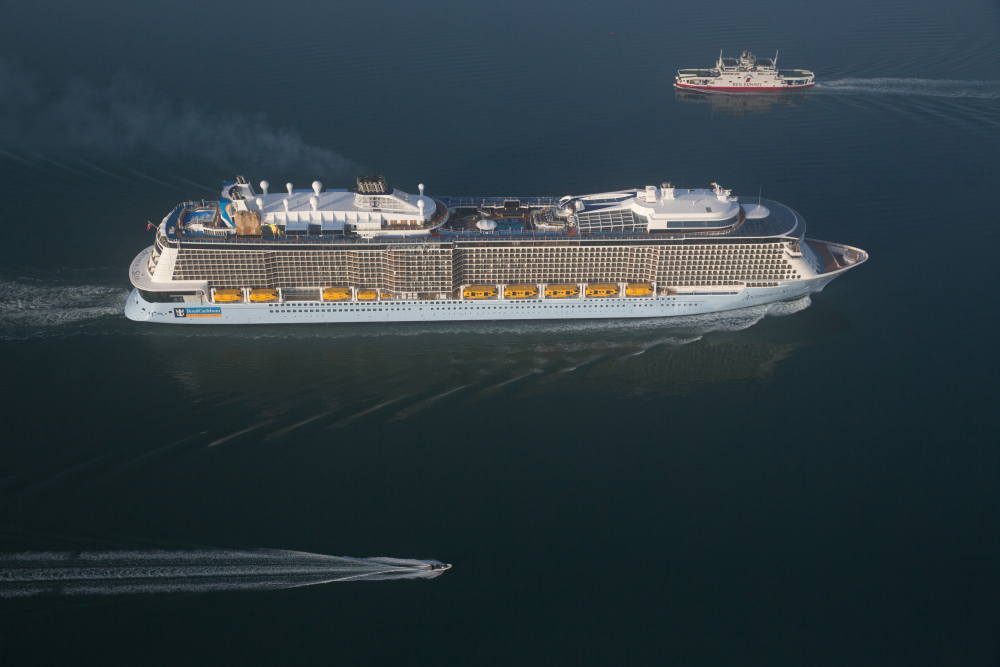 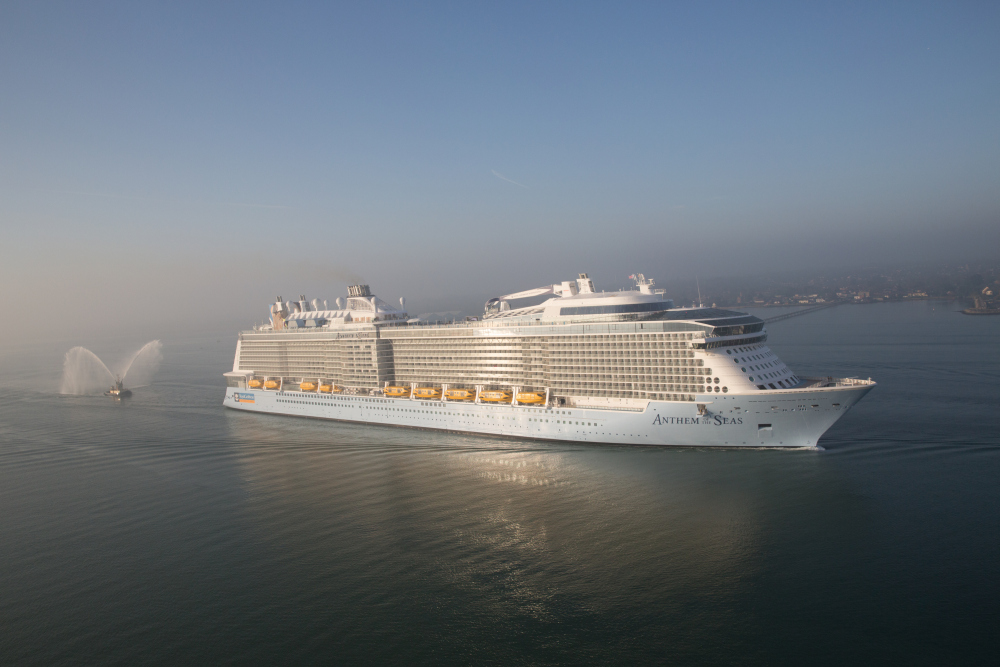 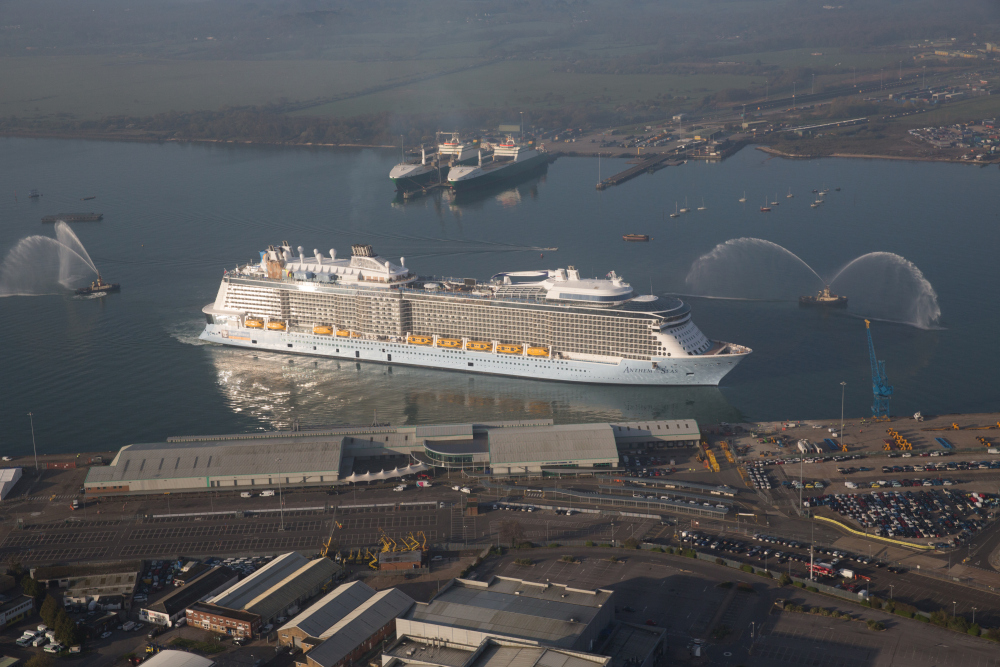 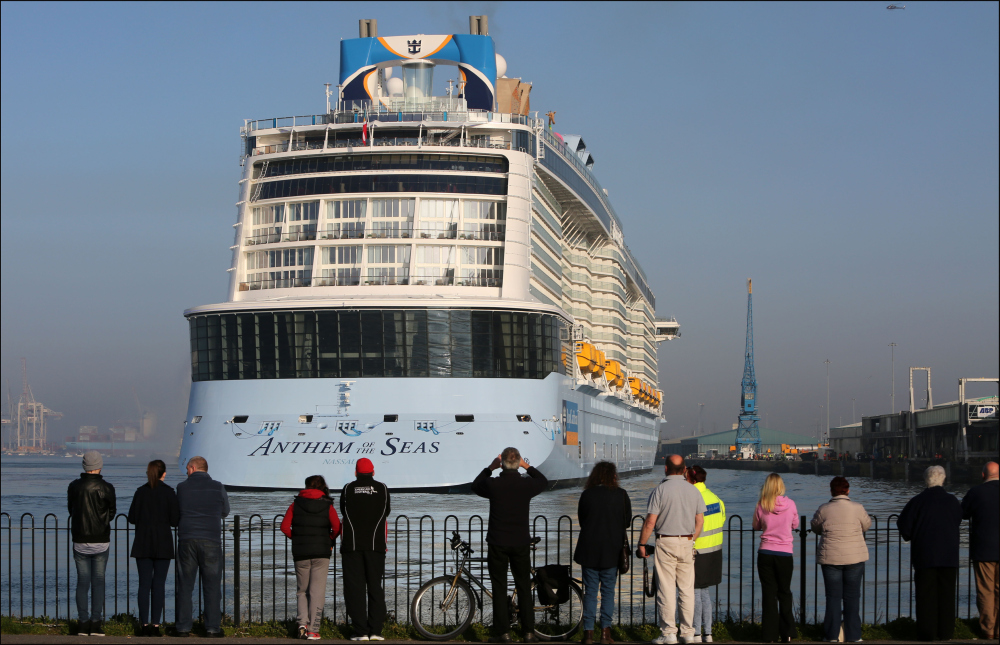 The photographs show the world’s third largest cruise ship sailing into the port of Southampton. Gigi the giraffe can be seen next to the rock climbing wall on Deck 15. At the rear on Deck 16 the indoor skydiving facility can be seen.