Regent Seven Seas Cruises has completed its bow-to-stern upgrade of Seven Seas Voyager, giving the ship a luxurious new décor and a new collection of spectacular production shows for the Constellation Theatre.  The ship underwent an extensive, 25-day upgrade as part of Regent Seven Seas Cruises’ $125 million fleet-wide upgrade programme, and is now underway on a 23-night Barcelona to Dubai voyage that departed on 9 November. The ship now boasts the same elegant style and indisputable attention to detail famously featured on Seven Seas Explorer, providing all Regent Seven Seas Cruises ships with a consistent look-and-feel. 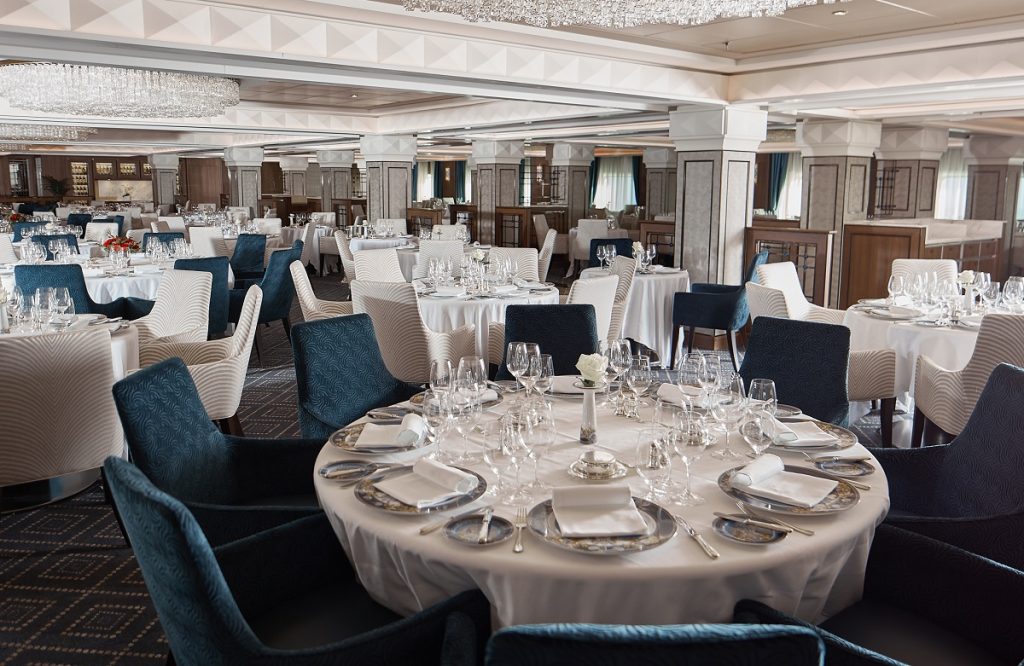 Seven Seas Voyager joins Seven Seas Navigator as the second ship to receive this stylish new update to the public spaces and suites onboard. In addition to the elegant new décor, the ship will debut five new production shows in the Constellation Theatre.

While the shipboard enhancements extend from bow-to-stern, some of the more notable renovations include:

Areas also touched during the refurbishment of Seven Seas Voyager include the Reception Area, Coffee Connection, Connoisseur Lounge, Card Room, boutiques, casino and the Canyon Ranch SpaClub. In addition to the physical enhancements, the ship comes out of dry dock with five new astonishing production shows.