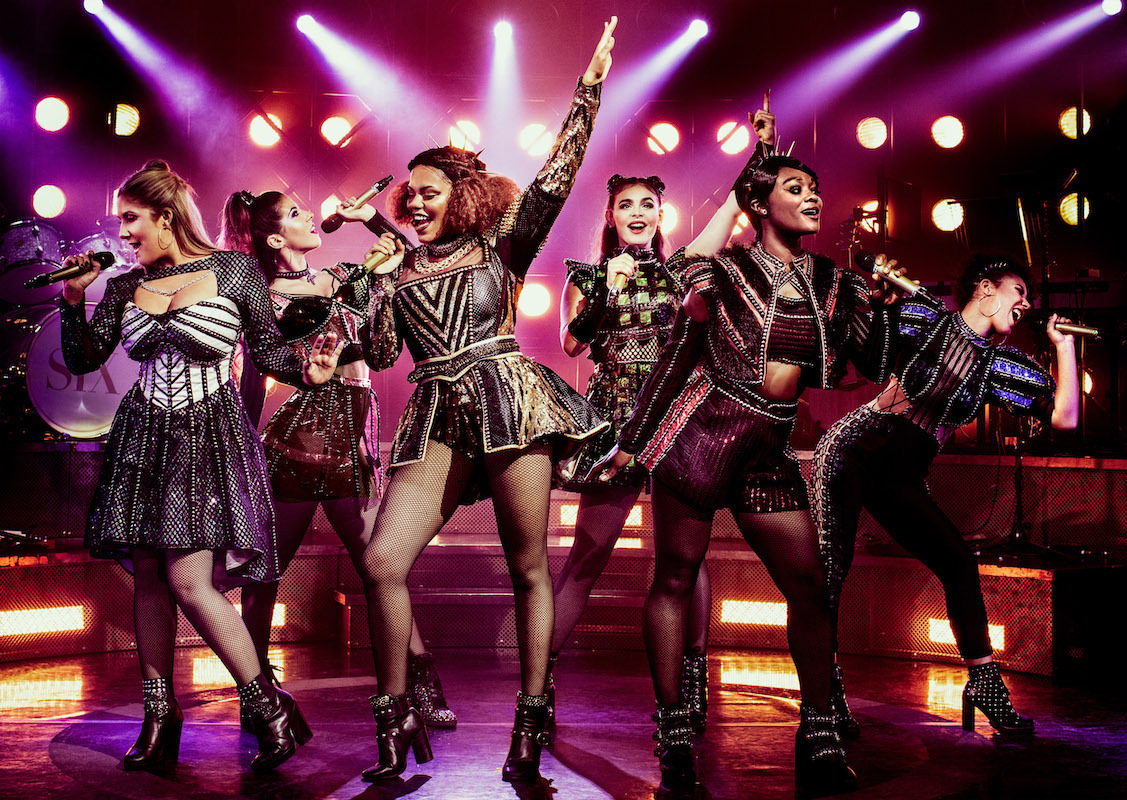 The cruise world is buzzing this year with new ships, private islands and even an app for champagne…

With so many innovative ship launches, themed cruises and eye-boggling tech innovations, 2019 was surely the most exhilarating year the cruise industry has ever seen. But 2020 is now upon us, and the first year of a fresh decade promises even more.

And as for incredible new experiences, take your pick from floating above the waves on Hapag-Lloyd’s Hanseatic Inspiration, distilling your own gin on P&O’s Iona, and chatting to an astronaut on Queen Mary 2. Read on to discover the 2020 cruises that will be sailing your way this year…

In its former guise as Thomson, this classic British line has been sailing the seven seas for decades, taking UK passengers to the Caribbean, the Med and further afield. Now Marella is embarking on a new adventure with its first fleet of river ships. Starting this year, TUI Isla, Maya and Skyla will be exploring the Rhine, Main, Danube and Moselle. All three ships are adults-only and, unlike most river vessels, they will offer a choice of restaurants. What’s more, this being Marella, you’ll get those all-important in-cabin tea and coffee-making facilities (European lines take note), and all-inclusive meals and drinks, too.
tui.co.uk

For foodies who love to travel, it doesn’t get much better than SALT (Sea and Land Taste), Silversea’s immersive gastronomic programme. Making its debut this year aboard the new all-suite Silver Moon, SALT is designed to help guests explore each destination through its cuisine – so the ship’s restaurants will offer authentic dishes made with fresh local market produce, there will be destination-focused cookery classes, and local guest chefs will pop up in the onboard cooking lab. Bon appetit!
silversea.com

3. Fall in love with Fred – all over again
Fred Olsen Cruise Lines is one of the best-loved cruise lines in the world, with an army of loyal British passengers who return time after time. Fred fans will be delighted to hear that three of the fleet – Braemar, Balmoral and Black Watch – have received multi-million-pound makeovers, and their new looks will be revealed this year. As part of the revamp, staterooms have been upgraded and new public areas added, including an exotic ‘Oriental Room’ on Balmoral. Our tip? Book now before word spreads.
fredolsencruises.com

There’s nothing quite like the excitement of spotting a whale or dolphin from the deck of your ship, and now the more inquisitive among us can get even closer. On board Hanseatic Inspiration, Hapag-Lloyd Cruises’ luxurious new expedition vessel, cruisers are treated to (or terrified by) retractable glass balconies that extend from the side of the ship. Situated on the sun deck, these give the feeling of floating above the ocean – for those brave enough to step out and see the waves crashing below. With cruises to the Amazon and the Arctic, we can only imagine the fascinating sights that lucky passengers will see.
hl-cruises.com

Have you ever met an astronaut? The answer is probably no, as only 560 people have ever been able to print that particular job title on their business cards. Now Cunard is giving cruisers the chance to meet one of that select band, during World Space Week on Queen Mary 2 this October. The stellar-themed transatlantic voyage will focus on women in space, with acclaimed speakers from the fields of astronomy, astrophysics, aerospace and astronautics all on board to reveal the secrets of extraterrestrial exploration. Amateur stargazers can also look forward to some spectacular new shows in QM2’s own planetarium, the largest of its kind at sea.
cunard.com

6. Witness the Passion Play
Once in every 10 years, tourists flock to the sleepy Bavarian town of Oberammergau for a chance to see its famous Passion Play. In a tradition that dates back to 1634, thousands of townsfolk re-enact the trial and crucifixion of Christ, with music and choral accompaniment. This year it’s that time again, and Viking River Cruises’ Oberammergau itinerary offers the perfect chance to witness this amazing spectacle. As part of a 10-day Danube cruise, guests will see the famous play – which takes place in two parts – along with enjoying a traditional dinner during the three-hour intermission. And it’s all included in the fare (from £3,645).
vikingrivercruises.com

7. Journey to the seabed

One of the most eagerly anticipated new ships of 2020, Crystal Endeavor will take guests on a journey of discovery to some of the remotest environments on earth. The line’s first foray into expedition cruising, the ice-class Endeavor will sail the exotic waters of Oceania and southeast Asia. And thanks to an onboard mini-submarine, passengers can explore beneath the waves, too, encountering eerie shipwrecks, spectacular reefs and gnashing sharks – all while travelling in Crystal’s trademark six-star luxury and style.
crystalcruises.co.uk

8. Experience a total eclipse of the sun

On 14 December 2020, a full solar eclipse will occur in the skies over Chile and Argentina – and you can be there to see it. Experience the awe-inspiring spectacle of darkness during the day, when the moon passes between Earth and the sun, from the spacious decks of Holland America’s Westerdam. This fabulous 22-night ‘South America, Antarctica & Solar Eclipse’ sailing departs on 27 November and features the highlights of South America, four days in Antarctica and a once-in-a-lifetime opportunity to witness the point of greatest eclipse, in Argentina (prices from £3,469).
hollandamerica.com

9. Take the thrill ride of your life

Carnival Cruise Line is upping the ante this year, with the first ever rollercoaster at sea. Christened ‘Bolt’, this mega-structure will dominate the top deck of Carnival’s new Mardi Gras. Strapped into motorcycle-style vehicles, passengers will reach hair-raising speeds of up to 40mph, while cameras capture their hilarious reactions. To add to the experience, each vehicle is fitted with speakers to pump out racetrack sound effects. If you’re not an adrenaline junkie, don’t worry – unlike other rollercoasters, this one lets you control your own speed (we’ll be riding it just for the view, an amazing panorama from 187ft above the waves).
carnival.com

This looks set to be a glittering year for cruise fans, with stars from the worlds of dance, music and exploration all hopping on board ship. On 8 April, Dame Darcey Bussell will be joining Scenic for a 7-night cruise down the Danube, featuring a classical ballet and Viennese waltz performance by Darcey herself. Meanwhile, P&O cruisers will be able to sail with the stars of Strictly Come Dancing on one of the line’s special themed cruises throughout the year. But what we’re most excited about is the news that world-famous explorer Sir Ranulph Fiennes will be joining Cunard’s Alaska and Glacier Bay cruise on 2 June, giving lectures and sharing his own personal adventure stories.
scenic.co.uk; cunard.co.uk

Have you ever sat on the pool deck, admiring the view, and suddenly felt an overwhelming craving for champagne? Of course, you have. And to save you the trouble of ordering it, Virgin Voyages is building a ‘Shake for Champagne’ app into its innovative new ship, Scarlet Lady. While basking in the Caribbean and Bahamian sunshine, all passengers have to do to receive their ice-cold bottle of fizz is download the Virgin Voyages Sailor App and, when the app is open and ready to go, give their phone a shake. Then, as if by magic, a bottle of Möet et Chandon Imperial will be speedily delivered to them, anywhere on the ship (well, almost anywhere).
virginvoyages.com

12. Wave those jazz hands
After launching West End spectacular Kinky Boots on Norwegian Encore last year, NCL had some big shoes to fill when it came to entertainment. So look out for Six, the British pop musical about Henry VIII’s wives, coming to Norwegian Getaway this April. One of the hottest shows of the year, Six has graced big-city stages across the globe, delighting audiences with its hilarious, song-filled account of the Tudor king’s tumultuous love life. The show will debut on 23 April as part of Getaway’s 15-day transatlantic voyage from New York to Rome, with plenty of sea days to watch a repeat performance.
ncl.com

13. Bask in a little Hollywood glamour
She’s been a supermodel, actress and entrepreneur, and now Christie Brinkley is set to be godmother to the eagerly awaited Seven Seas Splendor. Taking on this prestigious role, the 65-year-old will christen Regent Seven Seas’ new 750-guest ship in Miami this February, during a star-studded evening ceremony. Already glamorous enough, Splendor’s stardust factor is now off the scale, and her lucky guests can look forward to cruising the Med and the Caribbean in sublime six-star luxury.
rssc.com

14. Soak up the sun on a private island

These days, you don’t have to be Richard Branson or Leonardo DiCaprio to stay on a private island. Just book yourself an MSC cruise to the Caribbean. On the line’s exclusive Ocean Cay MSC Marine Reserve, guests can jump from ship to sand and enjoy paddle-boarding, electric pedalos and a ‘rum rendezvous’ (adults only). Bringing the cruise ship to the sands, MSC has given the island its own luxurious spa – hosting morning and sunset beach yoga – as well as plenty of drinking and dining venues. But it’s not all fun and games. This is a cruise line that takes conservation seriously, so it will also be helping to protect and restore the island’s stunning coral reefs.
msccruises.co.uk

15. Raise a glass of your very own gin
Just when you thought P&O couldn’t get any more British, the cruise line goes and opens the first gin distillery at sea. Surfing the wave of interest in boutique versions of this traditional spirit, P&O has partnered with award-winning Salcombe Gin to open a high-seas distillery on board new ship Iona. The magic will happen in a custom-made still, with the spirit made, bottled and labelled on board. And it gets better – you can even join a masterclass and learn to create your very own bespoke gin.
pocruises.com