3 of a Kind: Spanish Mediterranean ports

Barcelona is one of the busiest cruise ports in the Mediterranean. La Rambla is one of the most popular streets in Europe, and architect Antoni Gaudi has left his mark at almost every turn. But there’s more to Spain than the Catalonian capital. Valencia, combines fascinating history and exciting modern developments – and is the

Barcelona is one of the busiest cruise ports in the Mediterranean. La Rambla is one of the most popular streets in Europe, and architect Antoni Gaudi has left his mark at almost every turn. But there’s more to Spain than the Catalonian capital.

Valencia, combines fascinating history and exciting modern developments – and is the place to go for authentic paella. Seville, the largest city in Andalusia, lies about 60 miles inland and can only be reached by smaller ships able to transit the River Guadalquivir. But it’s well worth the journey.

For Gaudi fans then one day in Barcelona will simply be a taster for a weekend to come. The church of Sagrada Famillia and Park Guell provide a starting point for his extraordinary creations but will also give you time to see what else this gem of a city has to offer. La Rambla is a tourist trap but it’s worth a stroll and the La Boqueria, market with its tapas bars is a lively place to snatch some local produce.

If you want to let someone else take the hassle out of your day you could book a half-day tour which includes the above as well as the Gothic Quarter, the modernista houses on Passeig de Gracia, the seafront, Montjuic Hill, the Fundacio Joan Miro and National Art Museum of Catalonia. But then there’s the Picasso Museum, Frank Gehry’s fish, Santiago Calatrava’s Olympic flame. Need I continue… 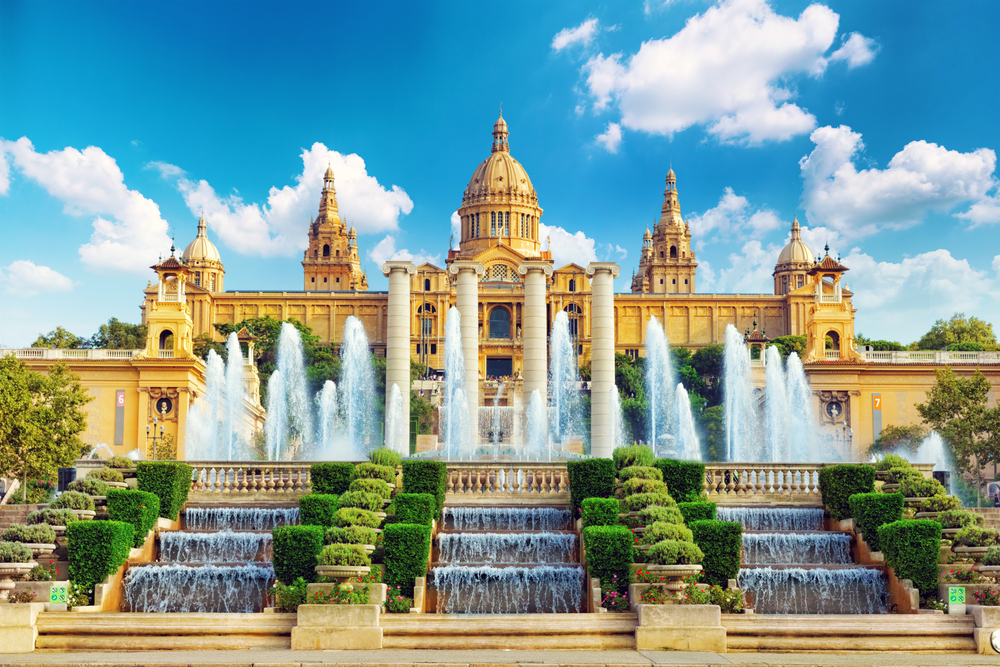 The Sardana is a traditional Catalan dance and during the summer months in the early evening you may be lucky enough to stumble across al fresco performances. In particular head for Plaza Jaume 1 or the cathedral. Further afield Montserrat and the wine and cava cellars in Penedes are a welcome discovery.

For those needing a food fix, the Mercat de la Princesa is housed in an unique 14th century building in the fashionable neighbourhood of Born. This gastrospace with 14 market stalls showcases international cuisines and a wide selection of tapas, wines and cocktails. At the other end of the spectrum try family run El Quim de la Boqueria serving traditional Catalan dishes around a bar but you may have to wait for a place to sit.

The terminals are well equipped with facilities such as foreign exchange, duty free and souvenir shops and tourist information. Regular shuttle buses run to the Colon monument in the city centre. The World Trade Center terminals are a short walk into town but those at Adossat Quay are 2.5km away. Once there the hop-on hop-off Bus Turistic is a good way of getting to the key tourist sites. www.barcelonaturisme.com

Capital of Andalusia, Seville can be reached by the Guadalquivir river if you are lucky enough to be on one of the smaller ships. Home to tapas, medieval architecture and the flamenco, it is an easy city to get around. For those with a higher-end budget I recommend a leisurely horse and carriage immersion of the main sites. A less quaint but cheaper way of doing it is the hop-on hop-off tourist bus.

Perhaps the best place to begin is the Maria Luisa Park and Plaza de Espana where the most grandiose example of buildings constructed for the 1929 Iberoamerican Exhibition can be found. The tilework itself is something to behold. 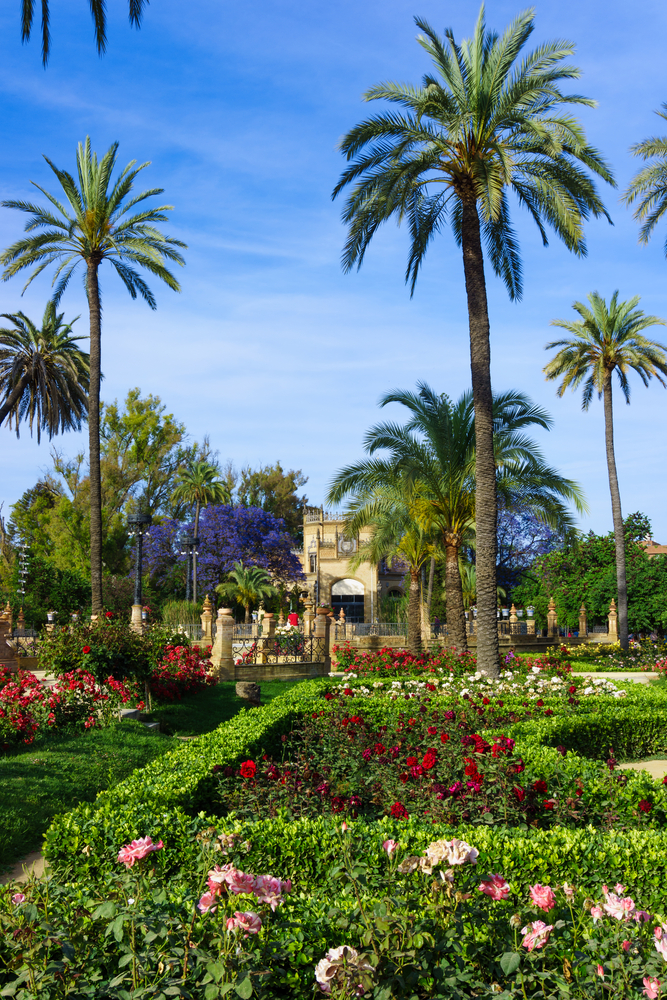 For the expo there was a pavilion constructed for every country in the America, one of the most famous is that of Guatemala.

The Alcazar is not only a wonderful example of a Moorish fortified palace adapted by later Christian kings but has the most beautiful gardens and cafe to linger in. Not far away is the 15th century cathedral, the largest in the world, which stands on the site of the Almohad mosque with its minaret, the Giralda, still in place and now a bell tower. If you are feeling fit try climbing the 35 inclining ramps built so that two mounted guards could make the passage. The cathedral with its towering vaulted ceilings is a haven from the sun if you are wilting.

For a true taste of flamenco in a crowded, smokey atmosphere opt for Casa Anselma in Triana which has no sign, just a doorway of azulejos tiles. La Casa del Flamenco is just one other option. Located in the former Jewish quarter you approach through a maze of winding, cobbled streets. The Museum of Flamenco Dance is an interactive venue where dance workshops are on offer.

The Maestranza bullring comes to life during the Feria de Abril in April but at other times visitors can see the chapel where the toredos prayed before fighting and the stables as well as a museum of the history.

Originally the dining rooms and inn of an old convent El Rinconcillo has welcomed generations of Sevillian people over the years. Family owned since 1858, it features old glazed tiles and tapestries and offeres up an essence of Andalusian-Mozarabic cooking. www.andalucia.org

Valencia is Spain’s third city and was established by the Romans, occupied by the Muslims and won for Aragon in 1238. On my only visit, I was lucky enough to witness part of the five-day Las Fallas fiesta in honour of San Jose. Giant puppets are paraded before being set on fire but year-round figurines are on display at the Museo Fallero.

The first thing to do on arrival in Valencia is to purchase the VLC cruise card (€15) which offers discounts in shops, museums, restaurants etc from the tourist office in the cruise terminal. Public bus 4 (€1.50) or shuttle buses if provided will take you the 4km into town.

Head for the Plaza de la Virgen for a coffee fix at one of the outdoor tables to kickstart the day. Walking tours always get my vote and strolling through the old town brings you up close and personal with gems such as the 13th century cathedral with two Goya paintings and the Unesco world heritage silk exchange market (La Lonja de la Seda), a masterpiece of late Gothic architecture. After a trip to the fresh-produce central market you may well be ready to bar-hop and eat tapas on the Calle de Caballeros although you could just stop at the La Huertana for the local horchata and fartons (milky drink and pastry). 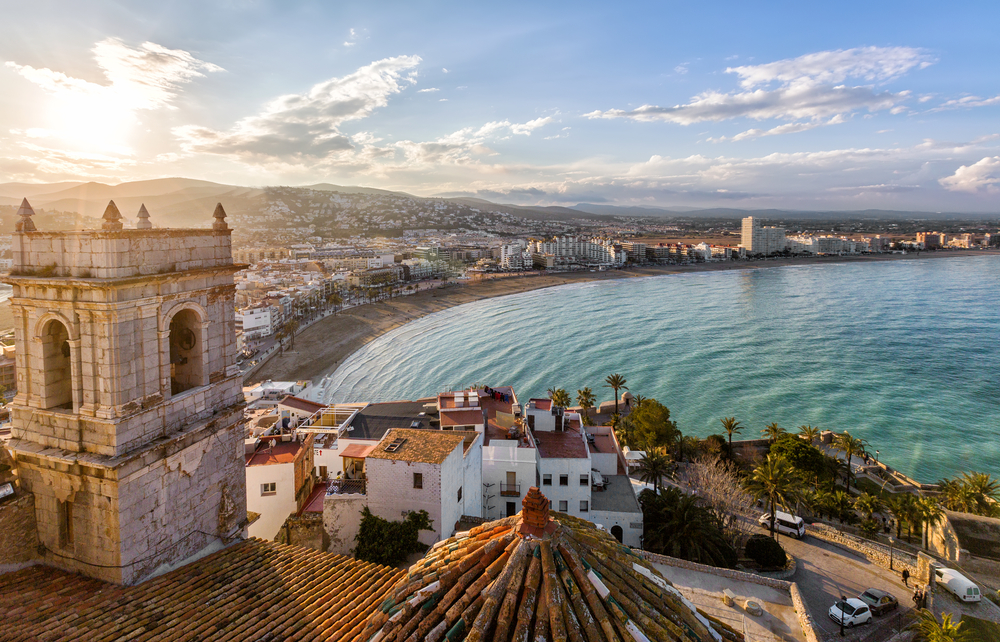 If there’s time this is possibly the best place to learn to cook paella as it is here that Valencia paella was born and earned its place as an international Spanish dish. Alternatively you may want to take the tram to the beach where you can soak up some rays before heading to one of the oldest restaurants in Valencia, Casa Montana.

For something completely different and for those with children, head for the City of Arts and Sciences which is built on the former bed of the river Turia. Here you will find the science museum, planetarium and oceanographic park and opera house as well as the Jardin del Turia which cuts a 9km green swathe through the city.

In contrast, Ruzafa is Valencia’s version of Brixton, full of vintage clothes shops and contemporary artworks by local artists such as Paula Boenet and Vinz. visitvalencia.com