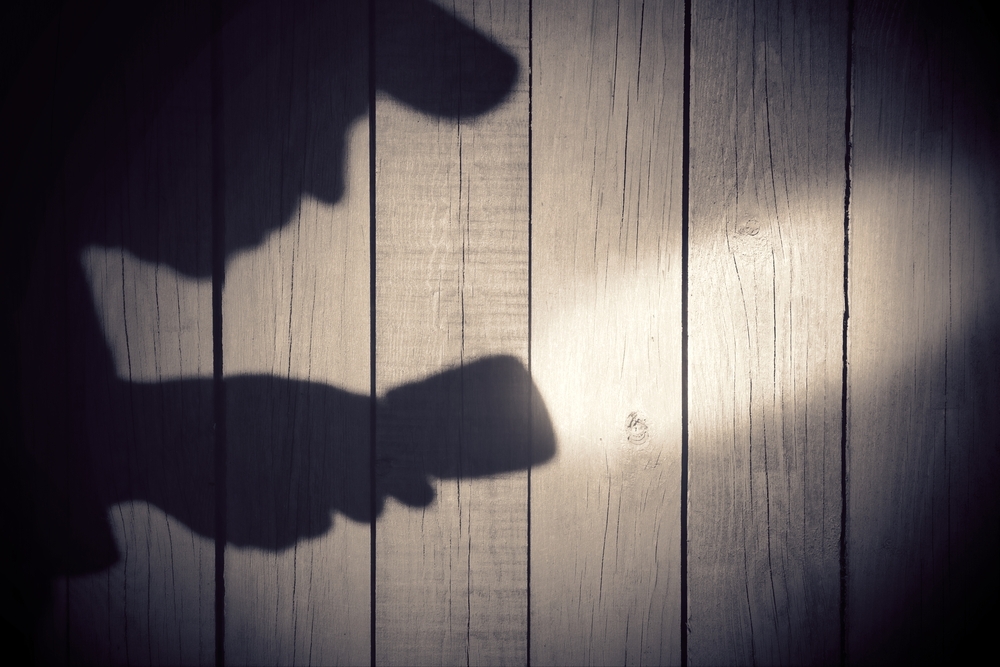 A crime-themed cruise aboard Saga Sapphire

There’s been a MURDER! A cruise holiday is not always about the ship or the destination – there’s plenty of entertainment to be had on board, and it’s all the more enjoyable when the passengers don’t just sit back and watch, but actually get involved. We travelled on a crime-themed cruise aboard Saga Sapphire. By

There’s been a MURDER!

A cruise holiday is not always about the ship or the destination – there’s plenty of entertainment to be had on board, and it’s all the more enjoyable when the passengers don’t just sit back and watch, but actually get involved. We travelled on a crime-themed cruise aboard Saga Sapphire. By DANIELLE FEAR

It is your turn to solve the mystery!

This morning a cabin steward attempted to deliver a room service order to suite 8010. He knocked several times but there was no answer so he opened the door using his master key. Inside he found the body of Roscoe Barth, gagged and tied to the bed. His torso was covered in burns and he had clearly been dead for several hours.

During an investigation of the suite, several items of importance were found. Clues that could potentially unlock the mystery and catch the killer. First of all, we have a gentleman’s wrist watch that stopped working at 10:45pm – does this indicate the time of death? A piece of broken plastic was attached to a lock on a suitcase, a Geiger counter was found in the wardrobe, and most important of all, a note was found in Roscoe’s pocket, which read “the nuclear material is in your cabin. I need the money by noon today or I will be forced to offer it to the next highest bidder. G.W.”. A post-mortem revealed the cause of death was third-degree burns to the body, which gave off worryingly high levels of radioactivity. A toxicology report showed alcohol was present in the blood.

Who Are The Suspects?

All those on board – passengers and crew – were questioned, and six individuals were highlighted as potential suspects. At first glance it seems as if each has an airtight alibi, but someone is lying.
Mara Cherry
– At 8:15pm on the night of the murder, Mara knocked on the door of Gertrude Weiss. She received no response, so left and made her way for dinner on her own – Gertrude, however, joined her just a few minutes later. Following their meal they left together and headed for the bar. At around 10.25pm Mara began to feel light headed so left Gertrude, intending to return to her cabin. In the lift, she saw one of the men from the auction that had taken place that day. The next thing she remembers was waking up next to the man the following morning when she heard the cabin steward screaming.
Larita Brandenburg
– Larita, eating dinner with Mohamed Guess, saw Roscoe Barth sitting alone at dinner on the night of the murder – she also saw Gertrude Weiss drop a piece of paper on his table.After dinner, Larita joined Roscoe at the bar and chatted with him about nuclear material. At 10.25pm, he invited her back to his cabin. The two left the bar and on deck 8 she saw Mara Cherry and Bertram Blount getting out of the lift. Roscoe wouldn’t show Larita the nuclear material, so at 10:35pm, she left his cabin, which is when she saw Gertrude Weiss going into her cabin. At 10.55pm she saw Major Wren go into Gertrude Weiss’s cabin.
Bertram Blount
– At dinner on the night of the murder, he saw Gertrude Weiss give Roscoe Barth a piece of paper before she then took a seat opposite Mara Cherry – he assumed that they knew who the highest bidder was for the nuclear material. To find out for sure he slipped a truth drug into the drink of Mara. When she left the bar, he followed her. On deck 8 he saw Larita Brandenburg and Roscoe Barth going into one of the suites. Mara collapsed as a result of the truth drug and Bertram took her to his cabin where he put her to bed. At 10:35, from his cabin doorway, he saw Larita Brandenburg leaving Roscoe Barth’s suite empty handed. He then got into bed. He was woken the next morning by the cabin steward screaming.
Gertrude Weiss

– Gertrude stole radioactive waste which she intended to sell on board at an auction – Roscoe Barth had the highest bid. He had given her his cabin number, so Gertrude went to his suite, picked the lock and left the radioactive materials inside. She then went to dinner and gave him a note telling him where the material was. During dinner, she flirted with a handsome waiter who eventually told her his cabin number. At 10:35pm Gertrude decided to go to her cabin via the lift, which is where she saw Mohamed Guess. Mohamed remained in the lift when she got out on deck 8. Major Wren joined Gertrude in her cabin. They woke up when the cabin steward screamed for help.

Mohamed Guess
– Mohamed was investigating Bertram Blount and followed him closely during their time on board. At dinner on the night of the murder, Mohamed enjoyed the company of Larita Brandenburg. After dinner, he followed Bertram Blount to the bar. At 10:25pm, Bertram left the bar and Mohamed followed him but then lost him at passenger stairwell. Mohamed Guess then got into a lift with Gertrude Weiss. She got out on deck 8, Mohamed Guess got out on deck 9, but then ran back down to deck 8 and hid in the stairwell opposite 8030 – the suite of Bertram Blount. At 10:55 pm he saw Major Wren go into Gertrude Weiss’ cabin – 8020. Mohamed returned to his cabin shortly after a lady left suite 8030 the next morning.
Major Wren
– On the night of the murder, he posed as a waiter to hide his identity as a British M.I.5 agent. He saw Gertrude Weiss give Roscoe Barth a piece of paper before she sat with Mara Cherry for dinner. He assumed Gertrude was telling Roscoe that the auction would take place the next day. Wren flirted with Gertrude and she eventually told him her cabin number. After serving dinner, Wren worked in the bar. At 10:25pm, he saw Roscoe Barth and Larita Brandenburg leave the bar. Five minutes later, Mara and Bertram left. Then a few minutes later, Gertrude and Mohamed left. As the bar was empty he too left and went to Gertrude’s cabin – she invited him in. They both woke up the next morning when the cabin steward shouted.
So, there you have the suspects and a detailed account of their actions and whereabouts on the evening of the murder – but who did it? And how? We don’t want to spoil it for you while you piece the clues together.
Click here when you think you have solved the mystery
The ‘Catch the Killer’ murder-mystery events on board Saga Sapphire were created and hosted by retired C.I.D. and Special Branch Officer Graham Hoyle. You can learn more about his events at www.CatchTheKiller.co.uk
Continuing the crime-themed aspect on board Saga Sapphire were several special guests, including Stephen Tompkinson, best known for his role as Alan Banks in the ITV crime series DCI Banks; Neil Stuke, the twice BAFTA-nominated actor who plays Billy Lamb in legal drama Silk; Phil Davis, who plays DS Miles in the BBC drama Whitechapel; and Dr. Peter Dean, Her Majesty’s Coroner for Essex and Forensic Medical Examiner for London’s Metropolitan Police – among other highly distinguished titles. The subjects for Dr. Dean’s talks included Jack the Ripper, the Elephant Man, and an examination of crime in fiction and on television. Tompkinson talked about his performances in series including Wild At heart, Ballykissangel, and Drop the Dead Donkey.
Related Cruises