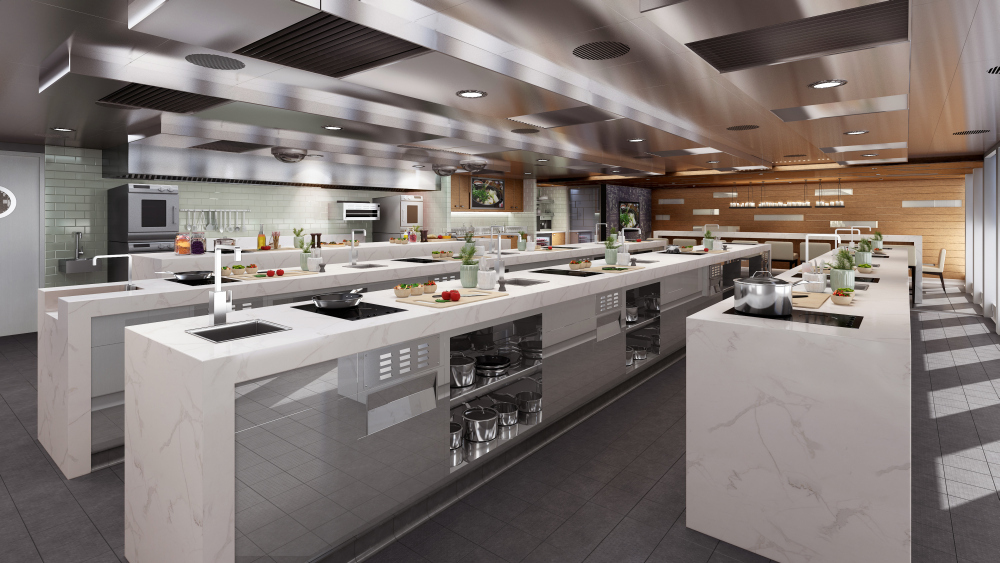 Bake Off Queen Mary to star in Britannia Cookery Club

Baking queen Mary Berry heads a star-studded line-up of celebrity chefs booked to take classes this summer in James Martin’s Cookery Club on board the new P&O Cruises ship, Britannia. Taking a break from the Great British Bake Off, Mary will be on board during a 12-night round-Britain cruise departing from Southampton on July 6.

Taking a break from the Great British Bake Off, Mary will be on board during a 12-night round-Britain cruise departing from Southampton on July 6. She will be joined on the voyage by Theo Randall, from the InterContinental Hotel in London’s Park Lane.

Martin – who will be aboard during the same cruise – has plucked a selection of 10 names from his little black book of chef friends to invite them to take part in his cooking lessons.

The ship – biggest ever built for the UK cruise market – makes its debut next month and will be christened in Southampton on March 10. The maiden voyage sets sail on March 14.

Nathan Outlaw, who runs fish restaurants in Cornwall and Knightsbridge, and has four Michelin stars to his name, will be on Britannia’s second voyage – a 14-night cruise to Portugal, Spain and Morocco departing on March 28.

Pierre Koffman, another Michelin-starred luminary, travels on a 14-night cruise to Spain, Monaco and Italy, departing on June 13. On the same voyage will be Britannia regulars James Martin and cheese expert Charlie Turnbull.

Lawrence Keogh, head chef at London’s Wolseley restaurant, James Tanner from the Barbican Kitchen in Plymouth, Vivek Singh from The Cinnamon Club, and Daniel Galmiche, executive chef from The Vineyard in Berkshire will travel on cruises between July and September.

Completing the line-up are Antonio Carluccio, travelling with Martin and Turnbull to Spain, Monaco and Italy in October, and Ireland’s first Michelin-starred chef, Paul Rankin, sharing lessons with Cake Boy Eric Lanlard during an October cruise to Portugal and the Caribbean.

Two-hour classes in Britannia’s purpose-built cookery club will be for up to 24 passengers at a time. The cost is £100 per person (or £200 when two chefs are taking part). While on board, the celebrity chefs will also take port in Q&A sessions and book signings.

Magic of the Fjords: April