From Manhattan to Montreal: Discovering North America Aboard Viking Sea

From New York to Montreal and the US to Canada, the Atlantic seaboard is perfect for a Viking voyage of discovery

With the skyscrapers of Manhattan glinting above us, the ropes were untied, the engines powered up and slowly we set sail. Past the Statue of Liberty, under the Verrazzano- Narrows Bridge, linking Staten Island to Brooklyn, and on towards the grey Atlantic on the Viking Sea.

We stood on deck until the deafening metropolis of New York was just a silent speck on the horizon. Ahead of us on our North America cruise adventure lay Boston and Nova Scotia, Montreal, the mighty St Lawrence River and the heart of French Canada.

Over the next 13 days, temperatures would fall and the landscape would change from bustling cities to remote settlements, nestled in bays surrounded by miles of jagged coastline.

Before leaving New York we had already spent an afternoon and a morning docked in the city. This allowed us to explore the sights and take a river cruise around the shoreline. We’d also booked a pre-cruise hotel near Times Square so we could enjoy the unique atmosphere of the city, taking in Central Park, Fifth Avenue and the Rockefeller Center. 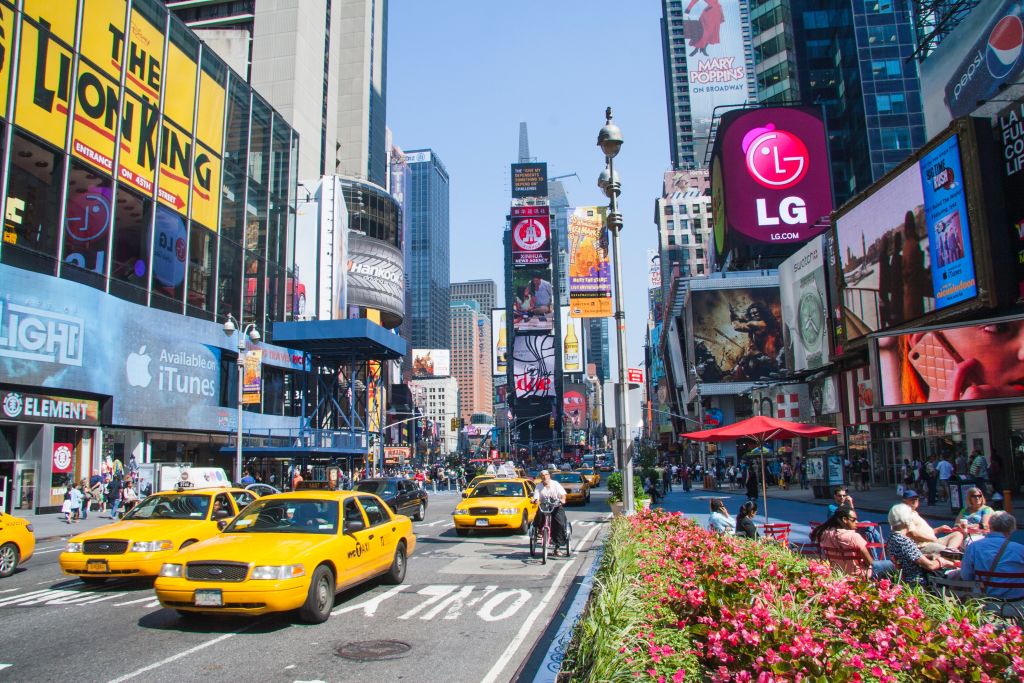 Now they were all behind us as we navigated the Cape Cod canal – where Viking Sea, our 930-guest cruise ship, felt more like a river boat – to reach Boston, our first port of call on our North America cruise.

Here my wife Mandy and I fulfilled one of her childhood dreams, visiting the home of Little Women author, Louisa May Alcott. Alcott lived in the town of Concord – pronounced “Conquered” – a half-hour train ride away. And thanks to another overnight in port, we had the pleasure of knowing we could venture out on our own and not worry about the time we returned.

Alcott’s home, Orchard House still looks much the same, inside and out. Just as it did when she lived there with her parents and three sisters, penning the famous semi-autobiographical work that was published 151 years ago.

Drawings by her sister May are etched on doors, and visitors can see Alcott’s needlework case, with her name embroidered on it, as well as the desk where she used to write.

While in Concord, we also visited the town museum, which holds one of the two lanterns used by silversmith Paul Revere to warn his countrymen that the British were coming in 1775. The following day we joined a shore excursion in Boston along the Freedom Trail to see Revere’s home, the church where the lanterns were hung, and the graveyard where he and other heroes of the American Revolution are buried. 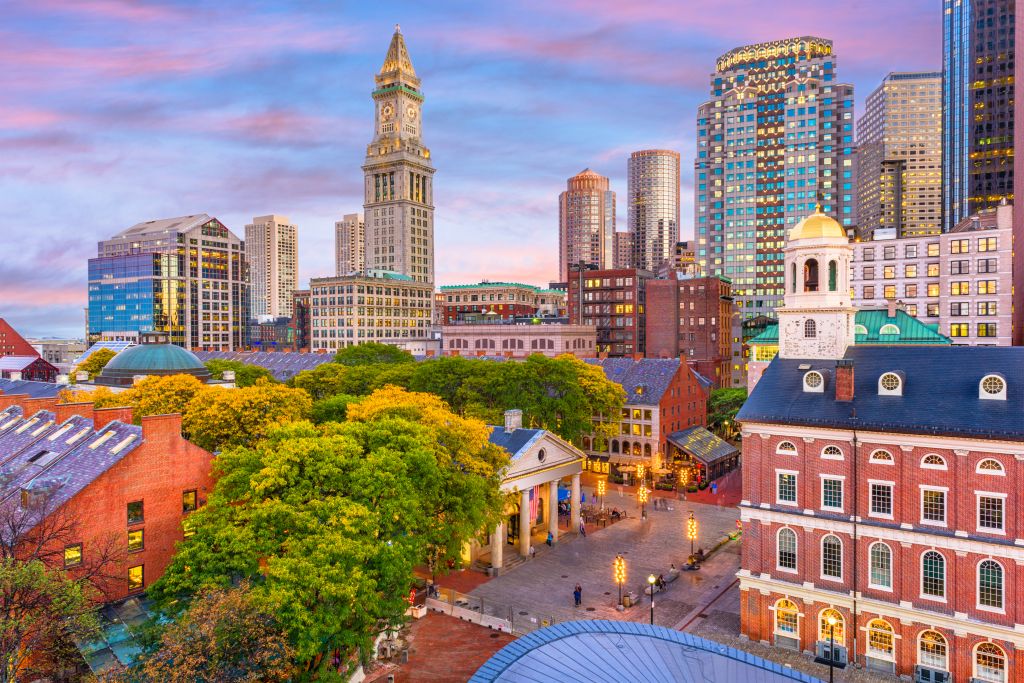 Then came a sea day, allowing us to get reacquainted with our Viking ship, which I first sailed on shortly after her launch in 2016. And I’m pleased to say that the standard of service is just as good now as it was then.

Onboard the Viking Sea

Viking’s fleet of five near-identical ocean ships, all launched in the past four years, are fitted and furnished like Scandi-chic hotels, with lots of space, comfort and muted colours. Highlights include a pool deck that remains a warm haven on the coldest days, thanks to its retractable roof.

Culinary choices include the Restaurant (the main dining room, with open seating and no reservations required), the Chef ’s Table, offering a daily tasting menu, and the Italian delights of Manfredi’s. But most nights we loved to dine in the World Cafe, Viking’s excellent buffet, with its choice of freshly cooked and cut meats alongside seafood, salads, and desserts.

We found it a great time-saving way to avoid dressing up and waiting for the service, while still enjoying a delicious range of food and attentive staff who greet you personally every night while topping up your drink.

That’s the great thing about a Viking cruise – you can have exactly the holiday you want, however formal or casual, indulgent or healthy you like to be. And however you play it, an included shore excursion in every port, pre-paid gratuities for UK guests and free drinks at mealtimes, you’re spared any nasty surprises at the end of your cruise.

Fine Times in the Maritimes

Arriving at Halifax, capital of the Canadian maritime province of Nova Scotia, we took a tall-ship tour of the harbour, followed by a hop-on-hop-off bus ride round this city whose history is steeped in the sea.

Standing proudly near the cruise terminal is a statue of Samuel Cunard, the Canadian chipping magnate who pioneered transatlantic cruises. More sombre memorials are found in the graveyard where many who died on the Titanic were brought to rest.

On the way to Gaspé. our next destination, dark cloud streaked the sky. But, swathed in our warmest jackets, we were still determined to get ashore. The ship anchored off the small port, and tenders conveyed us to yellow school buses for a trip to the Forillon National Park.

Here we visited the Hyman Store, a museum recreating the shops that served such remote communities in the early 20th century, and a nearby warehouse that recalls the days when intrepid fisherman set out from Canada to the Channel Islands and beyond. 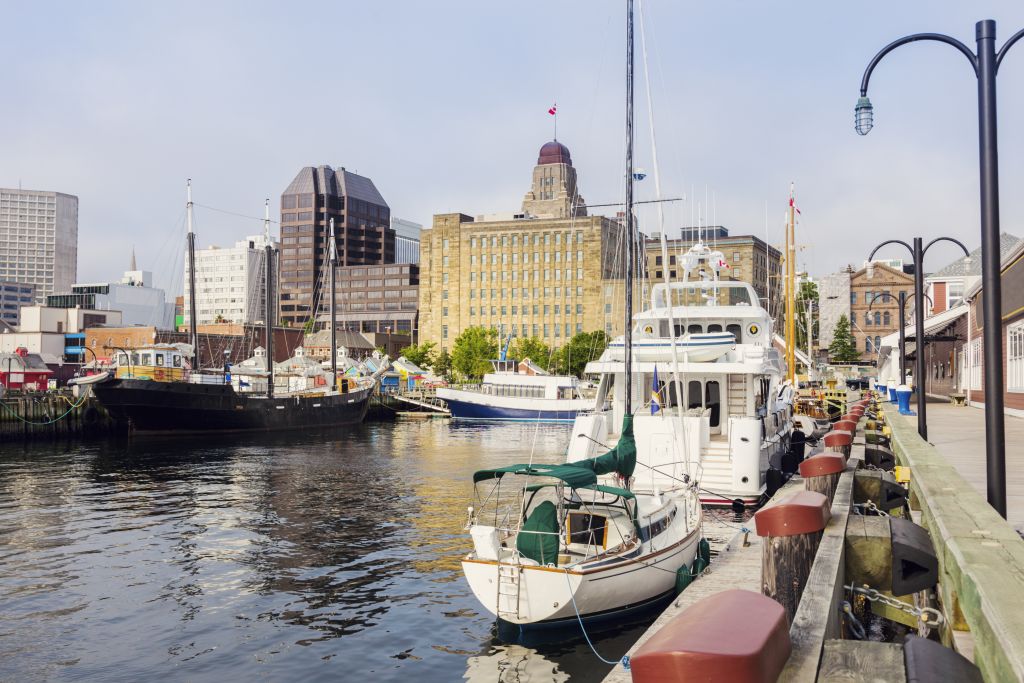 A rainy day in Saguenay gave me the excuse to try the ship’s spa and the so-called Nordic experience, which involves warming up in the steam room, taking a cold shower, then braving the Snow Grotto-basically a walk-in fridge with snow drifts in the corner. It’s bracing but totally exhilarating, so don’t miss it.

Next came Quebec City, perched on the banks of the St. Lawrence and dominated by the towering bulk of Chateau Frontenac Hotel, where Allied leader met to plot the course of the Second World War. The only walled city in North America.

Its fortification is a legacy of 18th century battles between French, British and US forces for control of North America. Quebec’s Old Town still has a strongly European feel today, its quaintly narrow, stone-built streets lined with shops and restaurants.

We strolled down the Rue du Trésor, admiring the sketches being sold by street artists, and fortified ourselves against the chill with a traditional dish of poutine, the somewhat unlikely local delicacy made from chips, gravy and cheese curds.

Our final destination on this epic journey was Montreal, where even in mist and rain the autumn colours shone out to greet us. We visited the richly decorated Notre-Dame Basilica. A Gothic revival church that lives up to its reputation as one of the most beautiful cathedrals in Canada.

Then, thanks to another overnight mooring, we returned to the Old Town that evening to sample its wonderful French-style bars and restaurants. 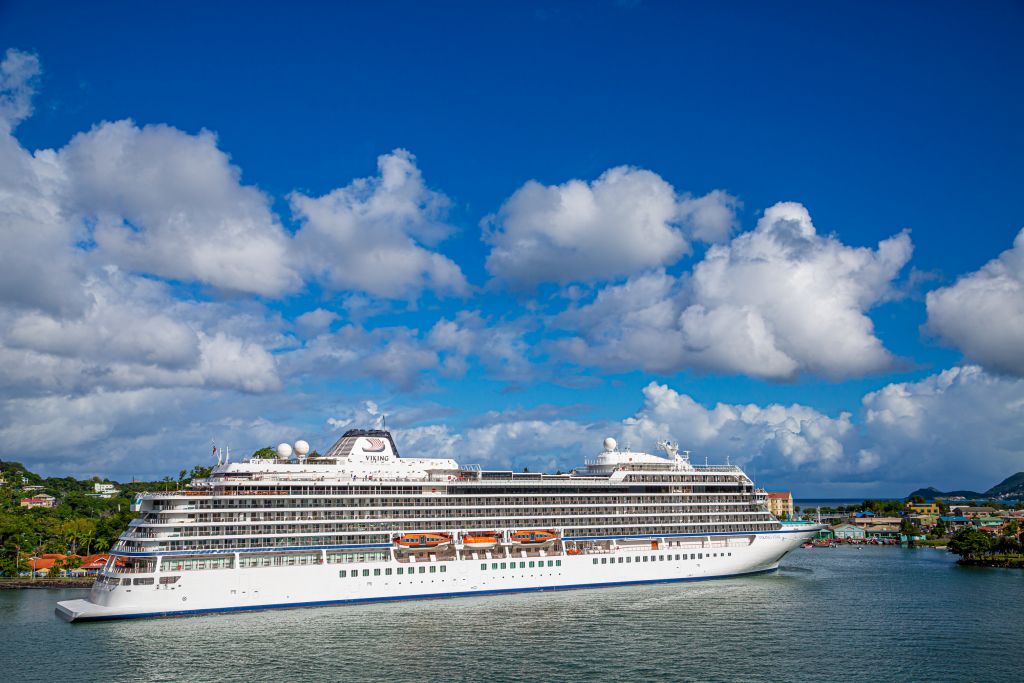 The following morning, amid hugs from the waiters who had served us so well, it was time to say au revoir to Viking Sea, hoping we will one day return to its warm, welcoming embrace.

13-day ‘Eastern Seaboard Explorer’ cruise aboard Viking Sea, from Montreal to New York via Quebec City, Saguenay, Gaspé, Halifax and Boston, departing 26 September 2019, from £5,440 including return flights, drinks with lunch and dinner, wi-fi, gratuities and a shore excursion at every port, vikingcruises.co.uk