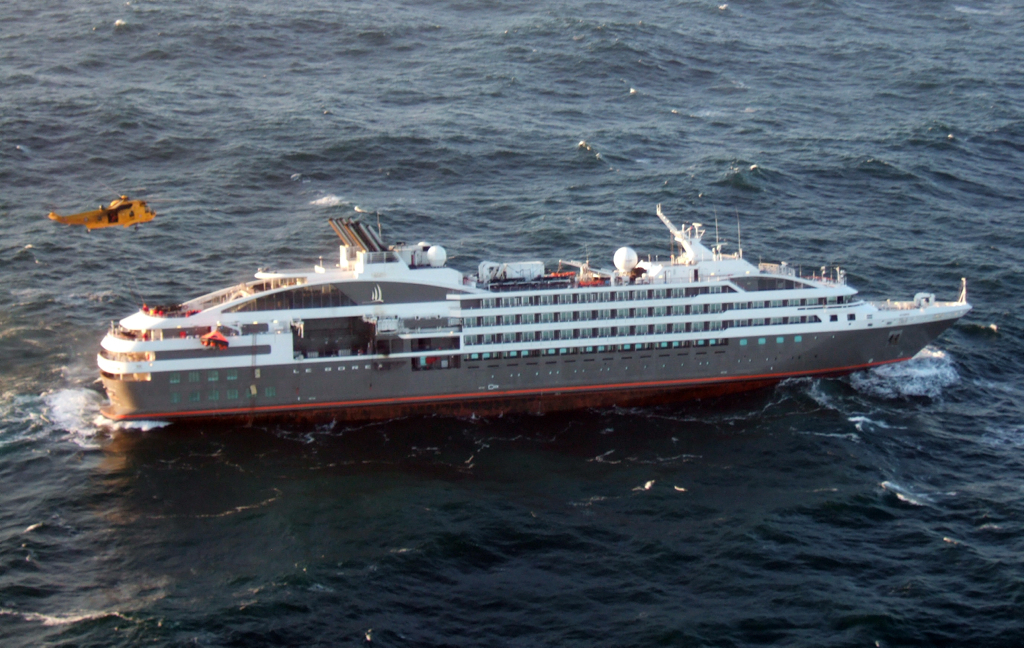 A fire broke out earlier yesterday morning on Ponant’s Le Boréal north of the Falkland Islands. The vessel was sailing from Grave Cove to South Georgia when the alarm was raised at 0201hrs local time. 347 passengers and crew were on-board the luxury cruise ship Le Boreal at the time of the incident. In a

A fire broke out earlier yesterday morning on Ponant’s Le Boréal north of the Falkland Islands.

The vessel was sailing from Grave Cove to South Georgia when the alarm was raised at 0201hrs local time.

347 passengers and crew were on-board the luxury cruise ship Le Boreal at the time of the incident. In a statement Ponant reported that there were no injuries to the passengers or crew.

The company said the incident was under control and that all passengers were evacuated from the ship as a precaution. In response to the fire Ponant has cancelled the remainder of the cruise voyage and will repatriate passengers as quickly as possible once they arrive in Port Stanley, the capital of the Falklands.

Falklands Island Government Emergency Services worked with local agents and British Forces South Atlantic Islands Emergency Services to respond to the alarm. HMS Clyde was ordered to change course to aid the evacuation, and assisted two lifeboats with over 200 evacuees on-board. Passengers were moved to sister ship L’Austral which was also sailing in the area.

The Ministry of Defence has since commented that the ship had in fact suffered a major engine room fire which caused the loss of all power, causing the ship to drift. A north-westerly gale at the time meant the the ship in danger of grounding on Cape Dolphin, East Falkland. They confirmed that two Royal Air Force Sea King Search and Rescue helicopters were used in the operation to help winch 79 people from Le Boréal and from two life rafts in the water.

A video has been released by the Ministry of Defence showing rescue footage from an RAF Sea King helicopter:

The fire broke out in a compartment of the engine room and had been described by Ponant as a “fire of a technical nature”.

The vessel is now in a stable condition and two Dutch Tugs, contracted to British Forces, have been tasked to recover the ship back to the Falkland Islands.

In a statement Defence Secretary Michael Fallon said: “This successful rescue in the Falklands this morning demonstrates how our Armed Forces are always ready to help those in peril. The swift action taken by Royal Navy and Royal Air Force crews, working with civilian counterparts, saved many lives and prevented this developing into a human tragedy.”

Engineers have launched an investigation to evaluate the necessary repairs to the ship.

UPDATE: Rescued passengers arrived in Stanley on Thursday 19 November and were offered temporary accommodation by locals and in commercial venues. A small number of passengers were hosted aboard sister ship L’Austral.

Compagnie du Ponant arranged for charter flights to depart on Saturday 21 November and Sunday 22 November to repatriate passengers and crew.

Le Boréal was safely moored at Mare Harbour, East Falkland. A small skeleton crew remain on-board. Ponant are making arrangements for the ship to be towed to a larger port to make the necessary repairs. In addition to Ponant’s own internal investigation into the cause of the fire the French Marine Accident Investigation Office, Bureau D’enquêtes sur les Événements de Mer or BEAmer for short, will also conduct its own investigation into the incident.