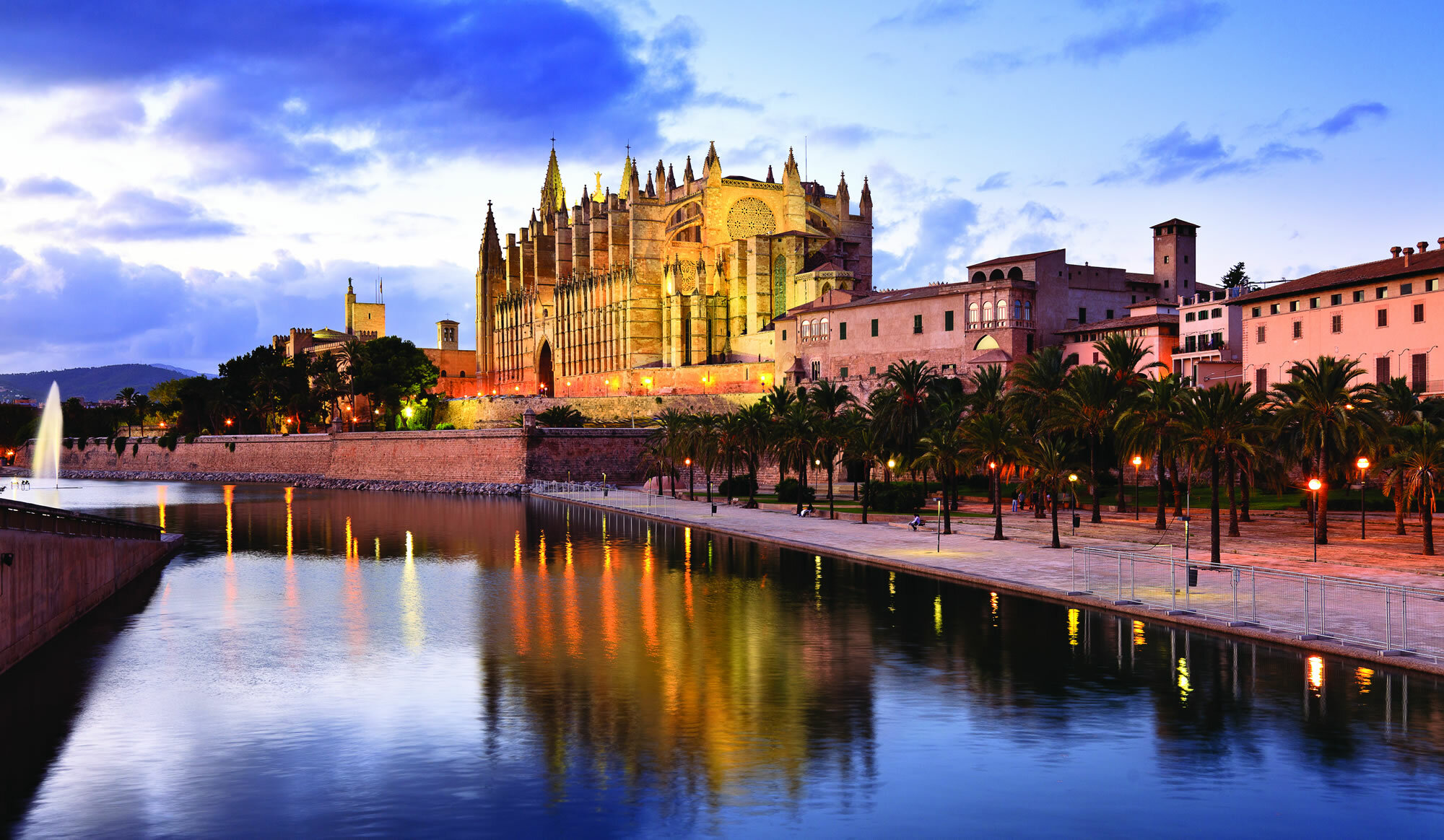 Uncover the centuries of history and fascinating cultures at the heart of some of the most famous cities of the Iberian Peninsula on this Spanish Adventure itinerary on-board Saga Sapphire. Take time to explore the variety of sights in modern Lisbon, artistic Barcelona and vivacious Valencia, and more. Departing from Southampton enjoy two relaxing days

Uncover the centuries of history and fascinating cultures at the heart of some of the most famous cities of the Iberian Peninsula on this Spanish Adventure itinerary on-board Saga Sapphire.

Take time to explore the variety of sights in modern Lisbon, artistic Barcelona and vivacious Valencia, and more.

Departing from Southampton enjoy two relaxing days at sea before arriving at Lisbon in Portugal. Set on seven hills on the banks of the River Tagus, Lisbon has been the capital of Portugal since the 13th century. It is a city famous for its majestic architecture, old wooden trams, Moorish features and more than twenty centuries of history. Following disastrous earthquakes in the 18th century, Lisbon was rebuilt by the Marques de Pombal who created an elegant city with wide boulevards and a great riverfront and square, Praça do Comércio. Today there are distinct modern and ancient sections, combining great shopping with culture and sightseeing in the Old Town, built on the city’s terraced hillsides.

A day at sea follows before calling into Almería in Spain. Almería is an old Moorish town, founded by Calipha Abd-ar-Rahman III of Cordoba in 955AD. Its mighty castle, the Alcazaba, is the second-largest Muslim fortress in Spain after the Alhambra in Granada. During the Middle Ages the city was one of the major Moorish strongholds in Andalusia, and it was attacked on numerous occasions by the Christians. It was also a centre for silk production. Almería was conquered by the Catholic Monarchs, Ferdinand and Isabella, in 1489, and was devastated by a violent earthquake in 1522. The port also suffered from raids by Barbary pirates throughout the 16th and 17th centuries. The discovery of iron ore in the province brought renewed prosperity to the city in the 1800s. Since the 1960s, the pleasant climate has attracted many tourists to Almería, and the district has also become a centre for intensive agricultural production, with massive ‘invernaderos’ (plastic greenhouses) allowing farmers to grow vegetables all year round.

The port of Alicante in Spain follows the next day. The principal city of the Costa Blanca, Alicante (or Alicant), is a port and popular seaside resort built around a natural harbour area. Situated in the shadow of Mount Benacantil, Alicante is a mixture of different styles and influences, and was once the home of Greek and Roman settlers before the Moors took control in the 8th century. Alicante is home to the imposing 16th-century Castle of Santa Barbara, which looms majestically over the city, as well as the tree-lined waterfront promenade of the Explanada de España. Also worth seeing is the 18th-century town hall, whose marble staircase is marked with a metal disc, used as a reference point in the measurement of sea levels around the whole of Spain.

The following day sees the ship dock in Palma, Majorca. Palma is the cosmopolitan capital of Majorca, the most popular and largest of the Balearic Islands with its host of bars, restaurants and stylish shops, a palm-shaded seafront promenade and attractive Old Town. Past settlers have left their mark on this vibrant city, and it retains a wealth of attractions, including the Bellver Castle which has dominated the skyline since the 14th century, and also the cathedral, a Gothic masterpiece which took over 400 years to complete. Undoubtedly one of Palma’s best features is the main promenade, lined with plane trees and abloom with colourful flowers. If you want to seek a little solace from city life, the beautiful Parc de Mar is built on several levels and its focal points are a manmade lake and a colourful mural by Joan Miro, who also co-designed the park.

Barcelona, Spain, follows the next day. Barcelona is a stylish and dynamic city with spectacular Mediterranean scenery and an infectious party atmosphere, best experienced in the mosaic-paved Ramblas area, the city’s social hub, filled with open-air cafes, street entertainers and flower displays. During the summer months the city is abuzz with festivities, and the sunshine can be enjoyed virtually throughout the whole year. Awash with culture and art, Barcelona has been home to many famous artists including Pablo Picasso, Joan Miró and the eccentric architect Antoni Gaudi, whose surprising and striking work can be seen throughout the city. Look out for his beautifully-coloured and detailed buildings, which seem to grow organically out of the ground.

Valencia, Spain, is the next port of call. Spain’s third-largest city, Valencia lies on the Mediterranean coast some 217 miles south of Barcelona. Madrid is a similar distance inland. Gastronomically, the region is home to Paella, Spain’s most famous dish. Historically, it is believed that the Holy Grail resides in Valencia’s cathedral and it was here that El Cid fought the Moors. The Valencia climate tends to be mild all year round and one of Spain’s greatest festivals, Las Fallas, takes place every March when revellers enjoy a week-long party with fireworks and massive bonfires every night. The city has a wealth of fascinating buildings and museums, including the modern Ciutat de les Arts i les Ciències, situated in the former bed of the river Túria, which was diverted to a new course following a tragic flood in 1957. In 2007 and 2010 Valencia was the venue of the America’s Cup sailing yacht competition, the only European city to have hosted this event.

A well-earned day at sea follows before the final port of call of Gibraltar. Tagged on to the end of Iberia, the intriguing British outpost of Gibraltar is dominated by a sandy peninsula and the stunning 1,400-feet-high limestone Rock. Although small, Gibraltar has always been seen as having great strategic importance on account of its advantageous position where the Atlantic meets the Mediterranean, just 12 miles from the coast of Africa. Ever popular with British holidaymakers, Gibraltar is very much a home from home, boasting excellent duty-free shopping in many familiar British high street shops.

Three days at sea follow before the ship returns to Southampton on this no-fly cruise.

This 15-night cruise departing on 14 October 2015 starts from £2,300 per person based on two sharing an inside cabin.