The Finishing Touch – A destination guide of Finland

Finland is more than just a fascinating destination for passengers on cruises to the Baltic – it’s also the place that built the world’s biggest cruise ships. By Karl Cushing A beguiling patchwork of lakes, forests and archipelagoes backed by its captivating capital Helsinki, Finland has long been a fixture on Baltic itineraries. While its

Finland is more than just a fascinating destination for passengers on cruises to the Baltic – it’s also the place that built the world’s biggest cruise ships. By Karl Cushing

A beguiling patchwork of lakes, forests and archipelagoes backed by its captivating capital Helsinki, Finland has long been a fixture on Baltic itineraries. While its cruise season is relatively short, running May to September, attractions such as the ski resorts of Luka and Levi, which also offer everything from husky, snowshoe and snowmobile safaris to Northern Lights tours, help ensure the country is a year round destination. Local operators such as Viking Line offer a comprehensive schedule of regional sailings too.

With 75 per cent of the country covered by trees and a population of just 5.4 million — less than a tenth that of the UK — the great outdoors is a major draw. One option during summer is encountering epic landscapes and wildlife such as bears, wolves and eagles on a tour of the Wild Taiga. Another is gaining insights into local Sami culture on a safari tour in Finnish Lapland, trying your hand at activities such as roping a reindeer with a suopunki lasso and panning for gold on Lemmenjoki River. For added pizzaz, stay at the Iso-Syöte resort and drink in the views from the glass-constructed Eagles View suite.

Most cruise passengers gain their first glimpse of Finland while visiting its compact capital Helsinki, with lesser-visited ports of call including Vaasa, Kemi, Mariehamn and Turku, the former capital. Mariehamn, which will be visited by Crystal Symphony in June 2016, is the entry point for exploring the Åland islands, a fascinating autonomous archipelago whose location and culture lie somewhere between Finland and Sweden. One of the best times to visit, as I was fortunate enough to discover last year, is during its colourful Midsummer celebrations in late June. 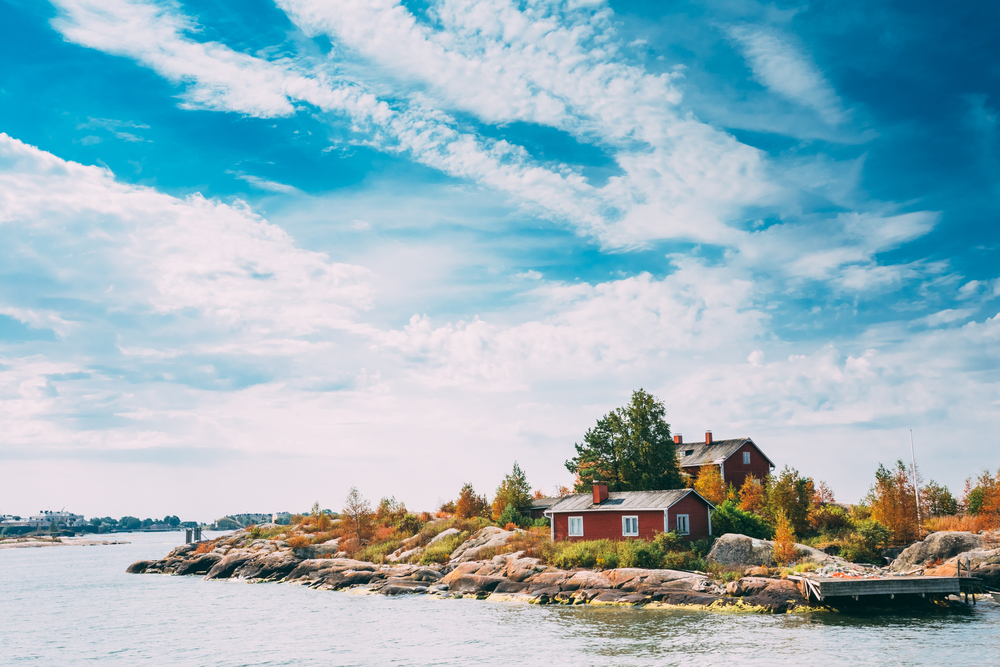 Kemi, the gateway to Finnish Lapland, is another gem. As winter turns the Gulf of Bothnia into Europe’s biggest icefield, passengers flock to cruise on the resident icebreaker Sampoo, the braver ones trying their hand at survival suit swimming (that’s floating around in freezing water to you and me). For a particularly memorable stay or meal, drop by its Snow Castle, open from January-March.

Back in Helsinki the short-lived summertime sees locals flock to the outdoor bars and restaurant terraces by thebustling waterfront to make the most of the enchanting White Nights. Follow their lead having researched the emergent culinary scene while grazing the food quarters at Teurastamo and the recently reopened 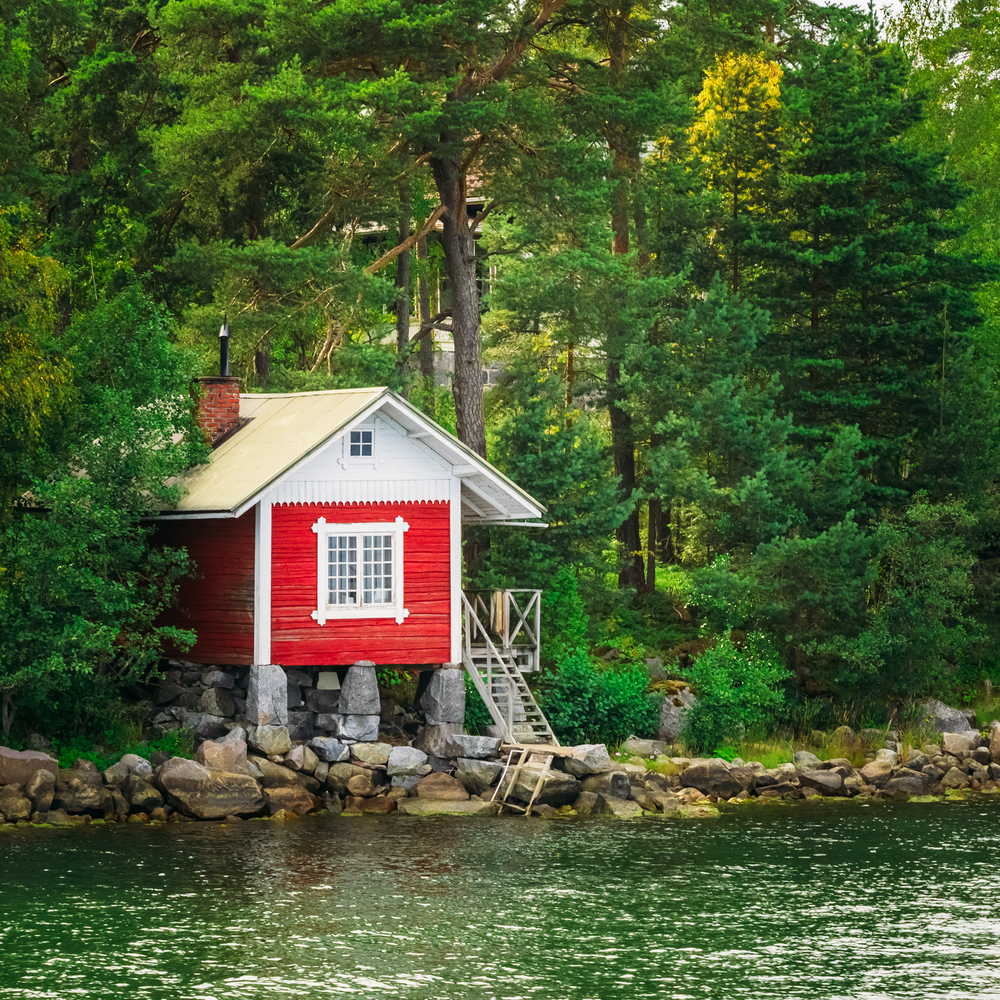 Other Helsinki highlights include its architecture including the neo-classical monoliths on Senate Square, its style clearly influenced by neighbouring Sweden and Russia. For insights into Finland’s art and design prowess swing by the city’s Design District, Design Museum and its excellent art galleries, Kiasma being a personal favourite. Good distractions for the kids include Linnanmaki Amusement Park, Seurasaari Open-Air Museum and Yallas Halli, a year-round winter sports space.

Helsinki’s centre is but a short taxi ride or easy stroll from South Harbour, while West Harbour, used by larger ships, takes 10-15 minutes by taxi. To get your bearings try the Finnair Sky Wheel or take a hop on hop off bus tour, taking in sights such as the National Museum, Parliament House, Temppeliaukio Rock Church and Sibelius Park, named for the country’s most celebrated composer. Some cruise lines offer a nice city tour option using a vintage tram. 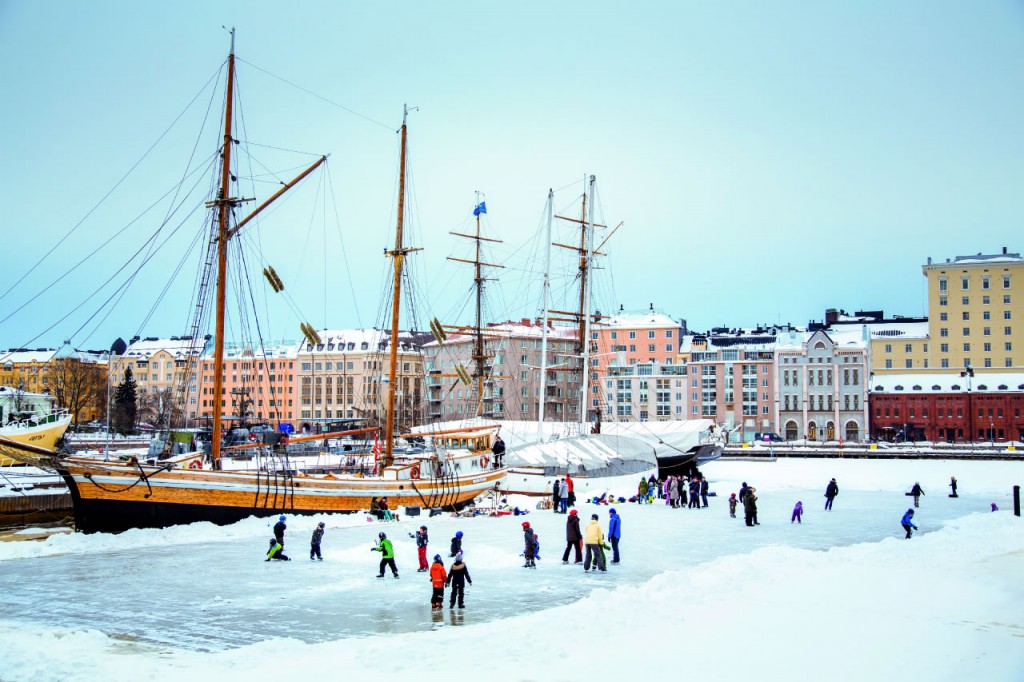 Kayak, yacht and RIB boat rides are also popular options, as are boat trips which take in the impressive 18th Century Suomenlinna Sea Fortress or combine Helsinki highlights with those of nearby Porvoo, the country’s second oldest city. Helsinki is arguably best viewed from the water, in fact, which may well offer a silver lining when it comes time to sail away from this Nordic gem on the next leg of your journey.

During a visit to Finland for World of Cruising I was able to experience at first hand the country’s reinvigorated cruise ship building industry, centred around Meyer Turku shipyard. Meyer, which assumed ownership in May, has revitalised the fortunes of the yard, which built ships such as allure and Oasis of the seas and pioneered the production of LNg-powered vessels. Future builds include Mein schiff 5 and 6 for TuI, with options for 7 and 8, while mid-June saw the yard announce a contract to build two new ships for Carnival Corporation. supporting the country’s marine cluster are engineering specialists such as NIT, almaco, aBB Finland and steerprop, with its eco-friendly propulsion units.