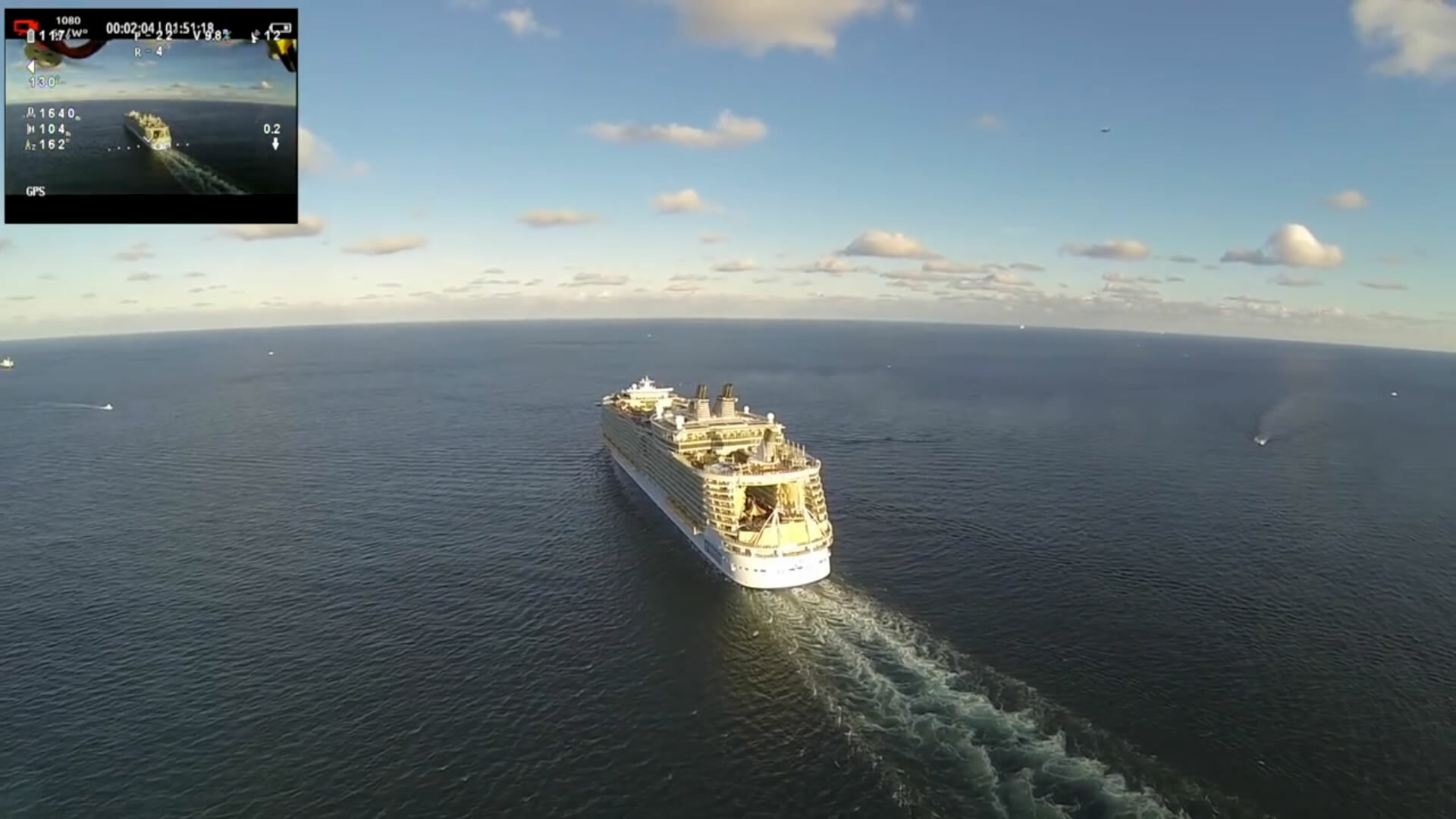 Drones – or Unmanned Aerial Vehicles (UAVs) as they are otherwise known – are very popular nowadays with many hobbyists recording and uploading video footage to video sharing websites. Many drone pilots have captured breathtaking footage of cruise ships shot from above. While some cruise lines have banned the use of drones on-board and many

Drones – or Unmanned Aerial Vehicles (UAVs) as they are otherwise known – are very popular nowadays with many hobbyists recording and uploading video footage to video sharing websites.

Many drone pilots have captured breathtaking footage of cruise ships shot from above. While some cruise lines have banned the use of drones on-board and many countries are in the process of establishing laws to control their safe usage there are many drone video clips already available online that have previously been shot. Here I have collated five of the best cruise ship drone videos I have come across.

Oasis of the Seas in Fort Lauderdale, Florida

This video clip shows Royal Caribbean’s Oasis of the Seas sailing out of Fort Lauderdale, Florida. The equipment used was a DJI Phantom 1 drone together with a GoPro 3+ camera. What makes this video clip even more impressive, besides the magnificent views over Fort Lauderdale, is that the drone still maintained full control at 1.4 miles (2.3km) away from the drone’s pilot despite strong gusts of wind.

Anthem of the Seas at the Meyer Werft Shipyard in Papenburg

This video clip was filmed the day after Royal Caribbean’s Anthem of the Seas was floated out of the shed. It shows a number of aerial views of the vessel. A DJI Phantom 2 quadcopter was used along with a GoPro Hero 4 Black to capture this footage in Germany.

In this video a drone was flown around the port area of Nassau, Bahamas in October 2014 capturing aerial footage of several cruise ships, including Disney Dream, Carnival Fascination, Norwegian Sky, Enchantment of the Seas, Carnival Sensation, Carnival Fantasy and Carnival Ecstasy. A DJI Phantom 2 Vision+ quadcopter was used to capture this footage.

This is the first video in the countdown where the pilot was on-board the cruise ship and the drone took-off from on-board the vessel. This footage of NCL’s Norwegian Sky was captured using a DJI Phantom quadcopter and a GoPro Hero3 Black camera.

This clip is one of my firm favourites, partially for Drew Thomas’ enthusiasm but mainly for the fact that you will want to watch it a number of times in order to try and fathom out how he manages to perform this illusion. This illusion took place on-board Royal Caribbean’s Freedom of the Seas while she was docked in Labadee, Haiti, and shows clips from a number of GoPro cameras strategically placed, one of which is attached to a quadcopter. During the illusion the quadcopter is flown along the starboard side of the vessel. I have watched this video at least a dozen times and still cannot work out how he managed to pull off the illusion!