With the acquisition, thousands of jobs could be saved…

The travel and cruise industries have been devastated following the news of the Thomas Cook collapse a couple of weeks ago, which left 150,000 holidaymakers stranded abroad and 20,000 staff, including 9,000 in the UK, jobless.

However, a ray of light has been shone in the wake of the devastation, as Hays Travel has announced that it has purchased all 555 of the Thomas Cook stores, thereby saving thousands of jobs. Hays signed a deal with the Official Receiver and liquidators at KPMG yesterday.

Already, the UK’s largest independent travel agent has recruited 421 former Thomas Cook staff and the move could further provide re-employment for up to 2,500 staff who were made redundant following the Thomas Cook collapse in September, which led to the UK’s biggest peacetime repatriation exercise to bring back holidaymakers. 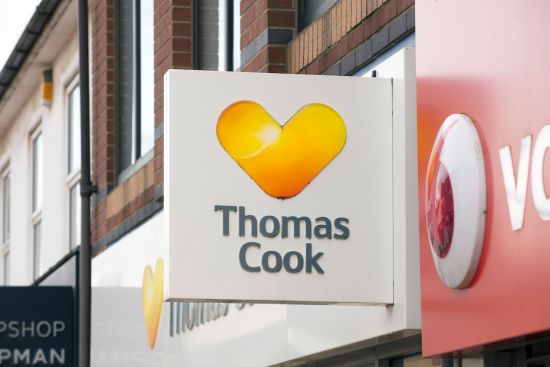 Up to 100 new jobs will be based at Hays’ Sunderland headquarters and the purchase will almost triple the firm’s retail network.

Commenting on the acquirement, Hays Travel managing director John Hays said: “Our staff were devastated to hear about Thomas Cook and we all immediately felt we wanted to help.

“In the last two weeks we have already employed or offered jobs to around 600 former Thomas Cook colleagues, and it has been a very emotional experience for them.

“Now that we are able to re-open the shops, we are looking forward to welcoming many more people who share our passion for the travel industry into our family business.

“It is a game-changer for us, almost trebling the number of shops we have and doubling our workforce, and for the industry, which will get to keep some of its most talented people.”

Irene Hays, chair of the Hays Travel Group, said: “We all share a passion for the travel industry and we want to continue to build the company’s reputation for first-class service and being a great place to work and develop a career.”

The official receiver David Chapman added: “I am pleased to announce we have reached an agreement with Hays Travel to acquire Thomas Cook’s entire UK retail estate, comprising 555 stores across the country. This represents an important step in the liquidation process, as we seek to realise the company’s assets.”

Nick Wyatt, GlobalData’s head of travel and tourism at R&A, also welcomed the news, but argued that the deal is not without its risks.

“The deal is not however, without peril. It [Hays] will have to conduct a review of store locations and operations and there may be a need for a rationalisation at some point, particularly in areas in which Hays already has a strong presence,” he said.

“Hays will also need to make sure it invests in digital trends as competitive online threats to a large store network are legion.”