Finding your cruise...
Menu
Cruise news / Into a New York state of mind: a cruise on board the QM2

Into a New York state of mind: a cruise on board the QM2

There’s all the time in the world but it still isn’t enough to fit everything in during a crossing on board Queen Mary 2. JOHN HONEYWELL reports After a week at sea on board the magnificent Queen Mary 2, the arrival into New York harbour is all about getting the timing right. Trust me to

There’s all the time in the world but it still isn’t enough to fit everything in during a crossing on board Queen Mary 2. JOHN HONEYWELL reports

After a week at sea on board the magnificent Queen Mary 2, the arrival into New York harbour is all about getting the timing right. Trust me to get it wrong.

The previous afternoon, Captain Kevin Oprey had announced that he expected to be picking up the local pilot from Sandy Hook Pilot 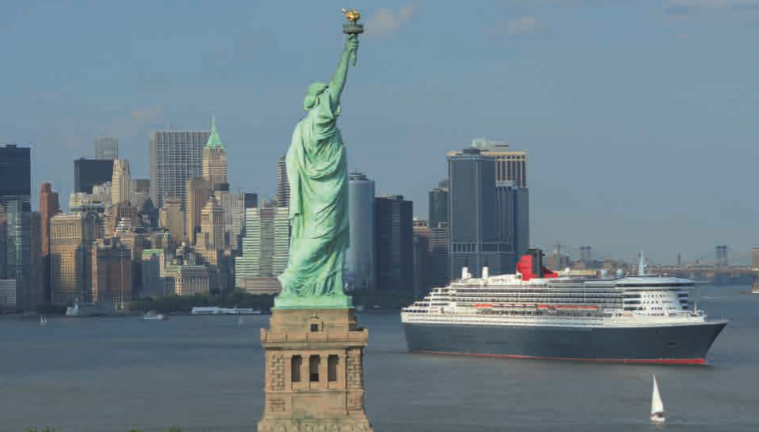 Station at about 3.45am and that we would be passing under the Verrazano Narrows suspension bridge – linking Brooklyn and Staten Island – about 45 minutes later. Watching the ship squeeze under the structure that had such an influence on QM2 design by limiting the height of the funnel is an opportunity not to be missed.

So my alarm was set for 4.15, allowing ample time to get from bed to balcony, camera in hand. Just one thing – I should have realised it would be dark. Pitch black, in fact. Sunrise was not until 5.35am. There was nothing to see apart from a winking red light in the far distance. A check on the black screen of the bridge cam broadcast confirmed my assumption that we were running behind schedule. Time for a quick bathroom break to prepare for a busy day ahead. Washed and scrubbed, I emerged about five minutes later to be greeted by my son rubbing his hands as 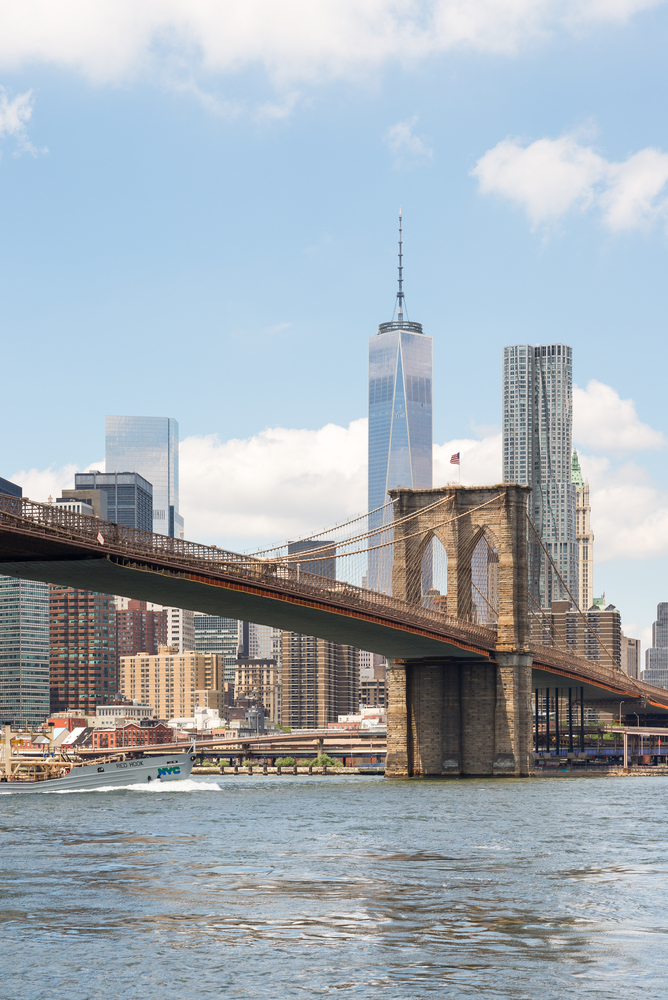 vigorously as Uriah Heep and declaring “Right, that’s the bridge done!” I had missed it, and all I have to remind me of the moment are the pictures that Nick took.

This Transatlantic voyage in May, designated as QM2’s 10th Anniversary Crossing was the fourth time I had arrived in New York by sea, but still just as memorable as the first. No wonder bleary-eyed passengers throng the open decks, whatever the weather and whatever the time, to make the most of the moment.

The Statue of Liberty stands ready to welcome visitors, as she has since 1886, but on this occasion I really wanted to catch my first view of the Freedom Tower, which now stands in place of the twin towers of the World Trade Centre. But like much of Manhattan’s Financial District its upper levels were hidden behind low clouds and I had to be content with a glimpse of Governor’s Island as Queen Mary 2 was spun round to reverse into her berth at Red Hook, Brooklyn.

Before we disembark though, what about the crossing? Well, it began in a pretty special way. It’s not every day that the Duke of Edinburgh drops in for lunch to send us on our way. But that’s what happened as guests assembled on a May morning in Southampton.

Although the 10th anniversary of QM2’s maiden voyage was actually back in January, she had been on a world cruise since then and this was her first crossing of the year. Sister ships Queen Victoria and Queen Elizabeth had led the Cunard flagship up Southampton Water earlier in the day, and a 10-minute firework display marked our departure.

The passenger list for this 214th crossing was packed with distinguished names. There was Commander Ron Warwick, former master of the ship; Stephen Payne, the man who designed the vessel (and who had to wrestle with plans for the funnel in order to be able to 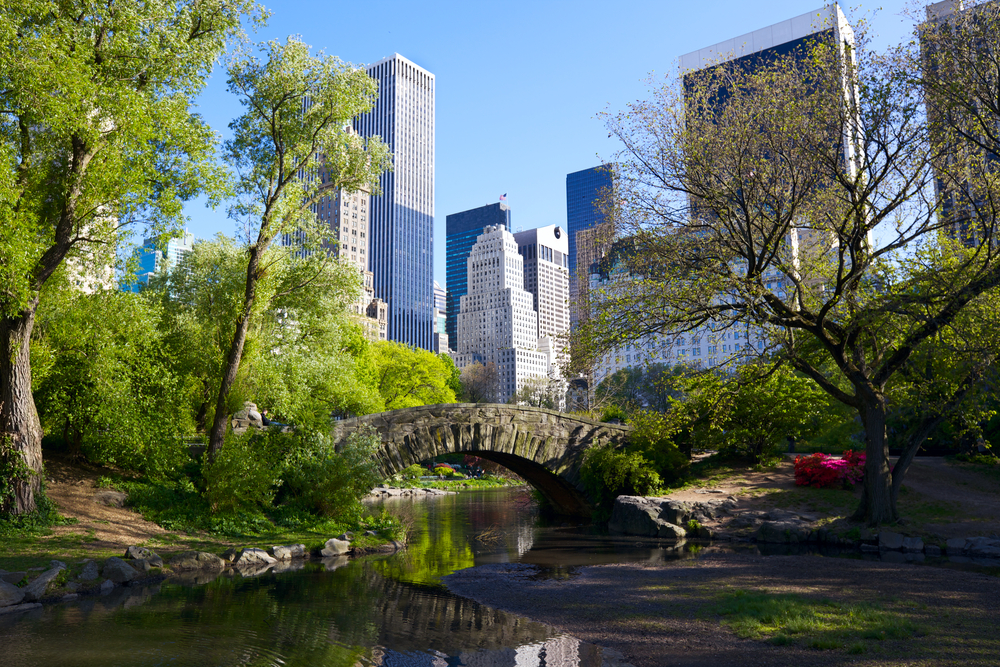 negotiate theVerrazano Narrows Bridge). And there was Maureen Ryan, for many years a social hostess on Cunard ships. Each of them entertained packed houses in the Royal Court Theatre and the Illuminations Planetarium with their reminiscences. Maureen was particularly amusing when recalling her days as a telephone operator at a time when there was a branch of the Midland Bank on board ship, transatlantic flights were in their infancy, and the advertising slogan was “You Can Work Harder On A Cunarder.” For those travelling for pleasure rather than business, she confided, the daily programme would contain information such as “Miss Sayers will effect introductions in the Card Room.”

Also making the crossing were many QM2 regulars including one – New York art dealer Richard Faber – who at the age of 76 has travelled on the ship 49 times, and was the first passenger up the gangway on that maiden voyage in 2004.

Once the ceremonials were out of the way, it was down to business. Nobody had told the weather that, with such a celebrated cast list for the crossing, it ought to be on its best behaviour. A westerly gale blew at a steady 40 knots and the open decks were closed to passengers as heavy seas tried to toss the ship around like a bathtub toy. QM2 shuddered and juddered as shock waves ran along the 1,132 feet from bow to stern. Then she steadied herself, gave a little shake of the shoulders, and headed forward at a stately 15.2 knots – just about half her design 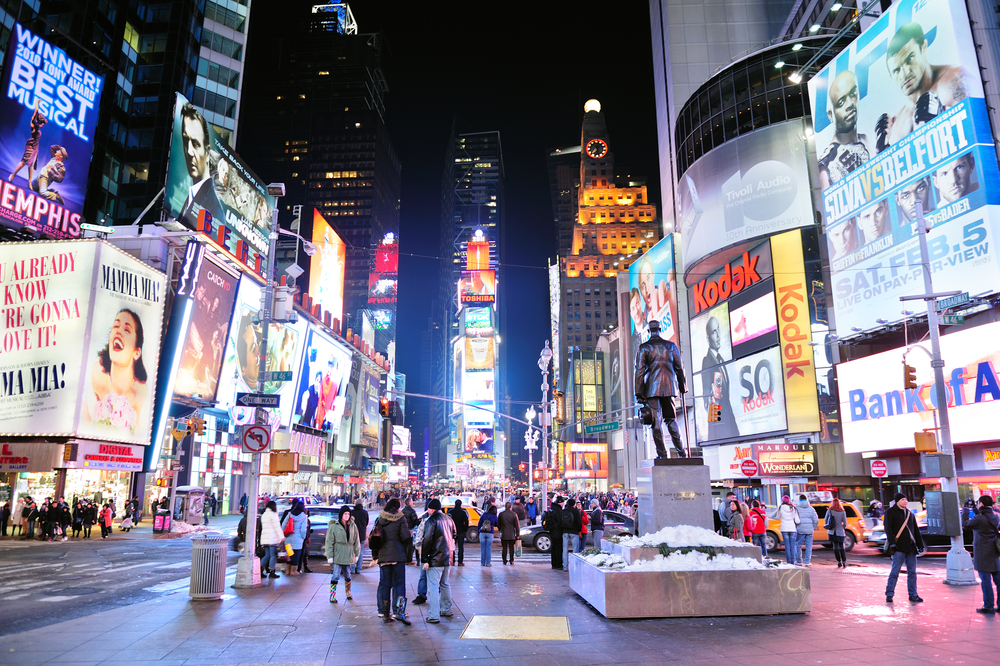 We were going to have to speed up as the weather improved and the days wore on, especially as a combination of the weather and the threat of drifting ice led Capt Oprey to take us further south. In the circumstances, it was perhaps brave of Stephen Payne to open his lecture programme with a tribute to Titanic before delivering his party-piece on “The Genesis of a Queen” a day later. It’s a talk he has given many times around the world, but it was a special moment when he presented it to 1,000 passengers on board his own creation. Nobody could have been surprised to hear his voice crack with emotion as he paid tribute to ”the greatest passenger ship in the world.”

To anyone who fears they would die of boredom on a seven-night crossing, without a single port of call and the added bonus of five 25-hour days as the clocks change, I can only say that even with all the time in the world there still isn’t enough to fit in a fraction of the activities available.

To take just a small sample from the ship’s daily programme, there were classes for everything from bridge to ballroom dancing, watercolour painting to Photoshop, and from scarf-tying to iPads. Passengers with an interest in anything from needlework to Mahjong could meet to share advice and experiences, while for those with a competitive edge there were countless trivia quizzes, and games of darts, cricket and carpet bowls. The guest speakers also included Eats Shoots and Leaves author Lynn Truss – I hope she didn’t see the notice pointing the way to the “Officer’s Cocktail’s” – and there were more pianists, harpists and string ensembles than you could shake a 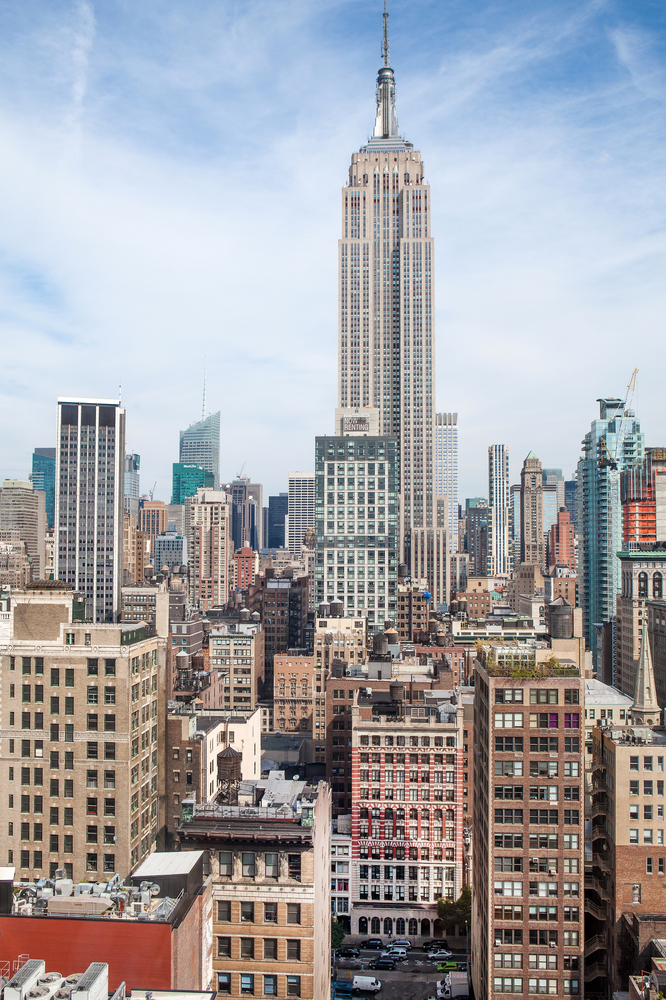 conductor’s baton at. RADA even had a troupe of actors on board presenting a potted version of Shakespeare’s The Merchant of Venice.

The only anachronism of this very British institution remains the fact that onboard prices for drinks, photographs, spa treatments and the rest, are in US dollars instead of £ sterling. Still, I suppose it’s good preparation for the arrival in New York. Which brings us back to that final morning as the ship tied up at Red Hook, Brooklyn.

All too soon, breakfast was over and the scramble for disembarkation began. Immigration formalities quickly completed, I was heading for the bright lights of Times Square. A few days of hectic sightseeing beckoned, with the help of a $109 New York CityPass which gave discounted admission to attractions such as the Empire State Building, Metropolitan Museum of Art, MoMA, and the Guggenheim Museum.

I also enjoyed a walk along New York’s finest new free attraction, The High Line – an oasis of greenery created out of a disused elevated railway in the Chelsea district.

It would be a couple of days before I got my first proper view of the Freedom Tower, from the window of my 25th-floor room at the Affinia Manhattan hotel, across the street from Pennsylvania Station and Madison Square Garden. I’m already looking forward to another chance to see it properly, in daylight and not shrouded in cloud, on my next arrival in New York harbour.