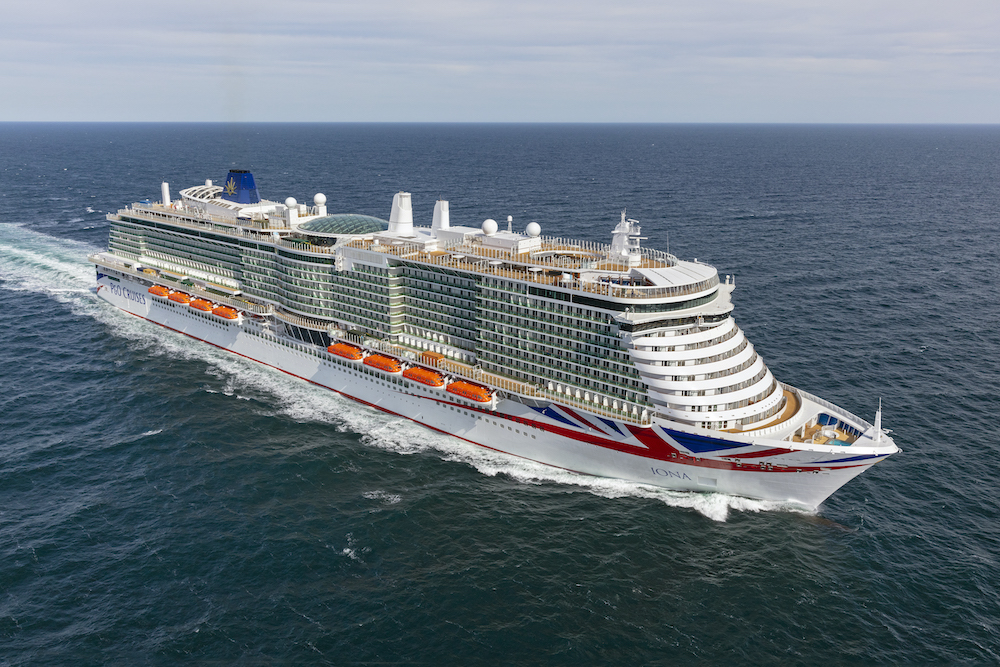 Iona: P&O Cruises has made some exciting announcements about its brand new ship Iona, including 30 new dining venues and its very own P&O Cruises gin

P&O Cruises has made a series of exciting announcements about its brand new ship, Iona, this time appealing to the foodies among us.

The British cruise line – owned by Carnival Corporation – will debut its brand new ship next year, which will be the largest ship ever built for the UK market.

Set to carry 5,200 guests, P&O Cruises has announced the culinary offering on board Iona, announcing it will have 30 restaurants and bars with new menus by Marco Pierre White, 'destination-inspired dishes' and the 'best-burger at sea'.

In a break from P&O tradition, Iona will have a host of new restaurants exclusively created for the ship, including The Keel and Cow gastropub, Ripples gelateria and The Glass House serving a tapas menu designed by Spanish chef José Pizarro.

For celebrations and those feeling fancy, Iona will also have a Chef's Table restaurant with a new and developed menu by Marco Pierre White and Eric Lanlard. The menu will feature wine recommendations by celebrity sommelier, Olly Smith.

Menus inspired by Spain and Norway, the countries Iona will sail to, will also feature heavily on the new ship. Serving up delectable Spanish cuisine will be Spanish celebrity chef and restaurateur José Pizarro, while Norwegian chef Kjartan Skjelde and Norwegian cook Marte Marie Forsberg will look after the Norwegian fare.

Other new venues for Iona include gelateria Ripples, the result of a P&O Cruises partnership with Snowflake Luxury Gelato. The gelateria will offer gelato cakes; sundaes, customisable sticks, ice cream cookies and a gelato afternoon tea.

Iona will also have the world's first-at-sea gin distillery, where P&O Cruises will create its own gin to be served on board the ship.

A collaboration with Salcombe Gin, the gin – named Marabelle Gin – is inspired by the terroir of the Scottish islands of Marabelle, with heather one of the 18 botanicals used to create the gin.

The gin will supply the ship's lounges and cocktail bars, along with featuring on menus at The Chef's Table.

Guests will also be able to take part in gin masterclasses on board the ship, along with purchasing bottles of the gin to enjoy at home.

Following the launch of Iona, Salcombe Distilling Co will distill P&O Cruises Marabelle Gin in its 450-litre copper still ‘Provident’ in Salcombe to be served across the entire P&O Cruises fleet.

Iona was originally due to launch in May 2020, but the launch was delayed due to the coronavirus pandemic.

The ship is on track to sail her debut voyage in March 2021, taking guests to the warmer climes of the Canary Islands.