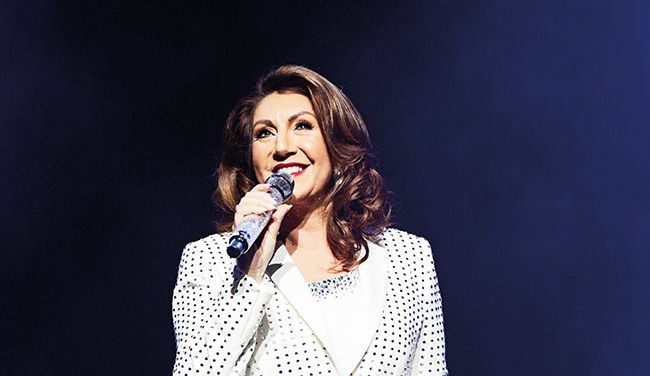 Following the announcement of the new Channel 5 host, fans have shared their mixed reactions on Twitter…

It’s been a tough week for cruise fans, with the Queen of Cruise herself Jane McDonald stepping away from her beloved Channel 5 show, Cruising With Jane McDonald.

The 56-year old loveable Northerner revealed the news earlier this week, praising the “incredible four and a half years of travelling” she had making the show.

With Jane out of the picture, it looked like Cruising With… may be no more, but shortly after her announcement the new host was revealed.

Cruising and Holidaying with will now be presented by Scottish comedian and presenter Susan Calman, with the new host having some seriously big boots to fill.

Fans were quick to react to the news, and there was a mixture of emotions amongst the Cruising With… community.

“Won’t be watching it without you Jane!,” tweeted one fan, with another posting: “Will miss you Jane on cruising with Jane it will not be the same without you. Loudly crying face.”

While many fans expressed sadness at Jane leaving, many praised Susan as the new replacement, and wished her luck in her new role.

One fan posted: “She’ll have a very tough act to follow, but I’m sure she’ll rise to the challenge. The best of luck in all your new ventures Jane. Can’t wait for the #LettheLightinTour!Take care… xxxx [sic].”

Another added: “Pleased for Susan like her alot, however, it won’t be the same without you at the helm Jane x.”

The news that Susan would be replacing Jane came just a day after the Queen of Cruise announced she was stepping down from the BAFTA-winning programme.

The Edinburgh comedian has seen success with her popular series Secret Scotland with Susan Calman, and will now be heading out to the high seas to continue Jane’s work.

Commenting on her new position, Calman said: “I’m over the moon to be working with Channel 5 on such a prestigious group of shows. I can’t wait to go on exciting voyages and incredible journeys and take the wonderful viewers with me. It’s the start of a magnificent chapter and I can’t wait to get going!!”

We can’t wait to see what the new series will be like!