Cruise news / Mediterranean Cruises: Where You Should Sail In 2021

Missed the Med this year? There are plenty of great-value sailings to choose from in 2021…

This month, the UK Government announced its list of the countries now deemed safe to travel to post-Covid-19. The welcoming news after months of lockdown means that Brits can now visit the majority of countries in the Mediterranean, including Greece, Italy, France and Spain.

Of course, there are countries still of limits for the foreseeable and sadly, cruisers have, for the most part, missed out on their chance to cruise to the much-loved region.

However, with amazing deals now on offer, it’s a great time to look ahead to next year and book yourself a Med cruise for 2021, when all of the restrictions should have been fully lifted.

Some cruises stay in the west, perhaps sailing from Barcelona to the French Riviera and Italy; others remain in the east, cruising from Venice to Athens, Istanbul and the Greek islands, taking in pristine beaches, UNESCO world heritage sites and celebrated cities along the way.

To help you navigate these waters and choose the perfect cruise for you, we have compiled a list of the top Mediterranean countries to visit and what they each have to offer.

In two of the most eagerly awaited port calls on cruises to Malta, the Balearics and Spain – as well as round trips from Rome – ships drop anchor in Palermo for Sicily and Cagliari for Sardinia. 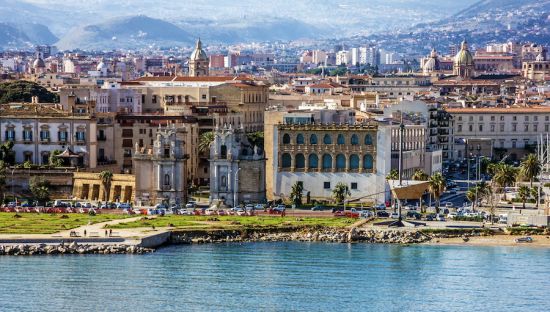 Set in the shadow of Mount Etna, the Italian island of Sicily features abundant natural wonders and historic cities. Popular excursions include Syracuse, the ancient citadel whose power once rivalled Athens, and Taormina, famed for its fertile winelands and Roman amphitheatre.

Equally impressive is Sardinia’s savage inland beauty, with its rugged ravines, clifftop citadels and vertiginous vineyards. Visitors keen for some sea air should head east for soft dunes or west for cliff-backed coves, and then pay a visit to the island’s appropriately named Emerald Coast.

Known as the Costa Smeralda, this was developed by Prince Karim Aga Khan in the 1960s and quickly became a playground for the international jet set. It still is – and the town of Porto Cervo glitters with superyachts, designer shops and the priciest hotels on the island.

7-night ‘Mediterranean from Palma’ cruise aboard Costa Smeralda, round trip from Palma via Palermo, Rome (Civitavecchia), Marseilles and Barcelona, departing 6 April 2021, from £629, costacruises.co.uk

This fabulous country remains the classic Mediterranean cruise destination, and for good reason. With its graceful piazzas, picturesque hilltop towns and architectural wonders, Italy just gets better with every visit. 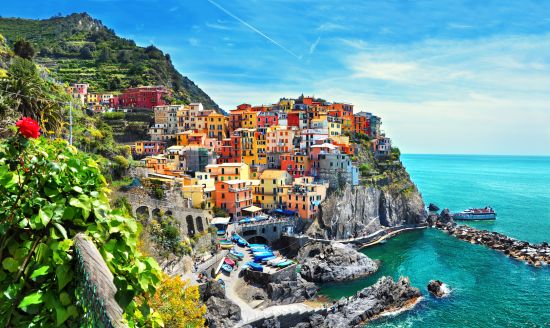 Many cruises overnight in Venice or Rome, where you can soak up two-and-a-half thousand years of history in one afternoon. Another major port is Naples, the gateway to the glamorous Amalfi Coast.

More cliff-hugging settlements dot the Italian Riviera in the northwest – accessed via Ligurian ports such as Genoa – including the five rainbow- coloured villages known as Cinque Terre, possibly the most Instagrammed sight in the whole of Italy.

Italian cities can be uncomfortably hot and overcrowded in the summer, so aim to visit in the cooler months of September and October.

Royal Caribbean 7-night ‘Italy & Adriatic’ cruise aboard Rhapsody of the Seas, from Venice to Barcelona via Valletta, Ibiza and Palma, departing 23 October 2021, from £543, royalcaribbean.com

Seadream 10-day ‘Nice to Rome’ cruise aboard SeaDream I, from Nice to Rome (Civitavecchia) via Corsica, Sardinia, Capri, Positano and Amalfi, departing 29 May 2021, from £4,206, seadream.com

Culture, gastronomy and history are all on the menu in the country that boasts more three-star Michelin restaurants than anywhere else in Europe. 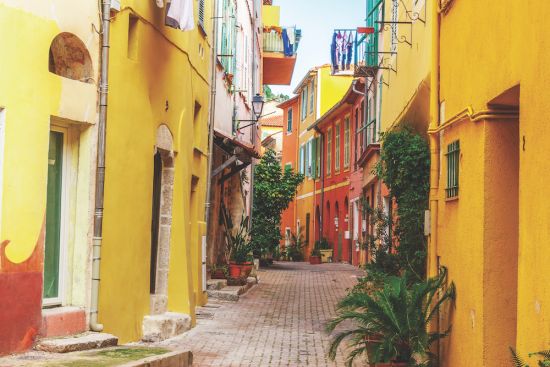 The most visited stretch of France’s long Mediterranean coastline is the glamorous Côte d’Azur – a natural fit with Monte Carlo and the Italian and Spanish Rivieras on cruise itineraries, bookended with Barcelona and Rome.

A city it may be, but Nice retains a villagey charm with its pebbly shores, fragrant flower markets and bijou art galleries. If you’re after some beach time, neighbouring Cannes has three to choose from, as well as a 200-acre national park. And if you’re feeling peckish, visit the ancient port city of Marseille, a gastronomic melting pot.

It’s also worth exploring the coastline’s more laidback villages – especially gelato-hued Villefranche- sur-Mer. A more authentic French experience than its glitzy neighbours, this picturesque village also overlooks the Cap Ferrat peninsula, and thanks to its deep port, cruise ships can sail straight in. 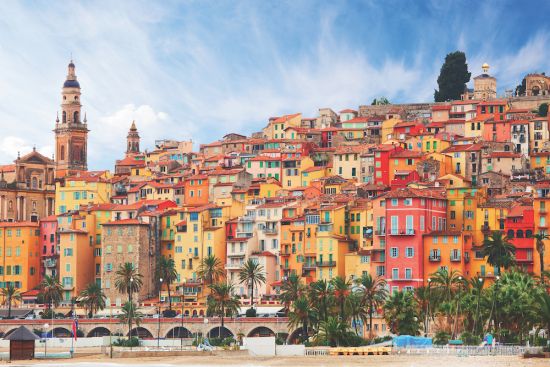 Confidence is back in this formerly troubled region, with MSC Cruises reintroducing Turkey to its itineraries in 2021, and others such as Oceania Cruises, Regent Seven Seas, Princess, Seabourn and Holland America all following suit. 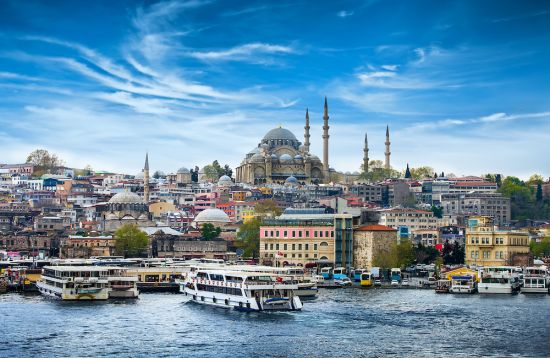 With one foot in Asia, the other in Europe, and a vast coastline spanning four seas, Turkey offers countless cruise options, with itineraries also embracing Greece, Malta, Cyprus and the Cyclades. Roman and Greek heritage awaits in Turkey’s sites of antiquity, including Priene, Didyma and Miletus, and then there is Istanbul – once the epicentre of the Ottoman empire and renowned for its colourful Grand Bazaar. Cruise ships typically call here or at KuŞadasi, gateway to the excavated ruins of Ephesus, Turkey’s most celebrated archaeological site.

Located virtually at the centre of the Med, between southern Italy and Africa’s northern coast, this history-steeped island packs quite a punch for its diminutive size. Inhabited since 5,900 BC, it boasts secluded coves, studded with shipwrecks, as well as prehistoric art and ancient catacombs. 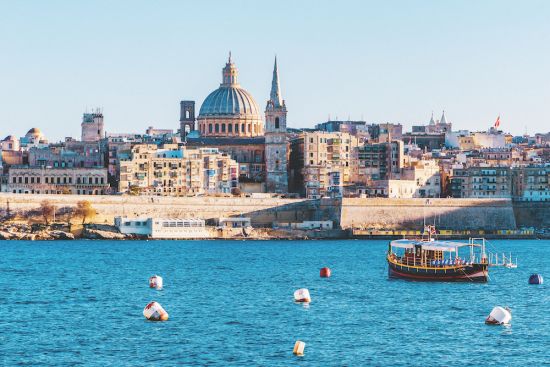 Vessels from Rome, Valencia and Malaga typically dock in the island’s fortified capital of Valletta, Europe’s largest natural harbour, on their way to Spain and the Balearics.

Malta, as well as being a former British colony where English is widely spoken, has a cuisine that still bears the hallmarks of numerous invasions. Try delicious local specialities including kapunata – a Maltese version of ratatouille.

Perfect for small-ship cruising, Croatia’s long, island-strewn Adriatic coastline stretches from the lush northern peninsula of Istria to medieval-walled Dubrovnik in the south. 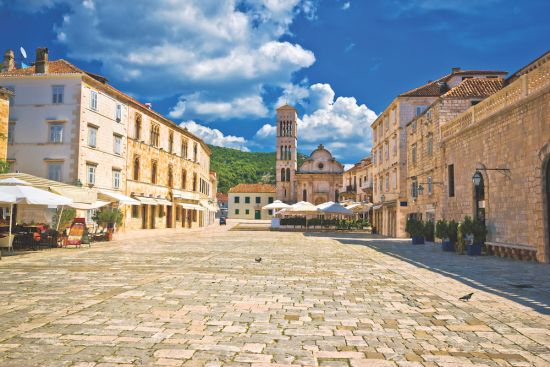 Often paired with Montenegro on cruise itineraries, Croatia features on many Venice-based round trips as well as longer voyages journeying to Slovenia, Montenegro, Italy and Greece. Highlights include the pretty and famously sun-drenched island of Hvar, its main town resembling a mini-Venice, as well as olive-groved Korčula – where legend has it that Marco Polo was born – and the UNESCO World Heritage city of Split.

Having flown under the tourist radar for years, Montenegro is now being dubbed the new Croatia – but without the crowds.

Its fjord-like Bay of Kotor, where cliffs rise from serene waters, makes for a cinematic entrance to a country of historic monasteries, time-warped fishing villages and primeval forests. Go bird-watching at Lake Skadar, the former summer residence of the Montenegrin royal family, or try ziplining in Tara River Canyon. 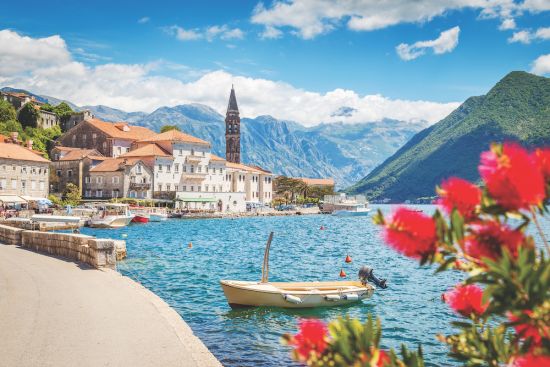 Prefer a slower pace of life? Kotor Old Town’s atmospheric backstreet cafes are made for long lunches of squid-ink risotto and fine Montenegrin wine. The country pairs well with the Greek islands, Albania, Italy and Croatia on a cruise itinerary, and it makes a great port call on the Venice- to-Athens route.

May to June and September to October are the best times to visit, but steer clear of November, Montenegro’s wettest month.

Away from the famous party hotspots, you’ll find rustic charm, Bronze Age sites, pine-clad mountains and a cuisine layered with Arabic, Jewish and Italian influences in the Balearic Islands. 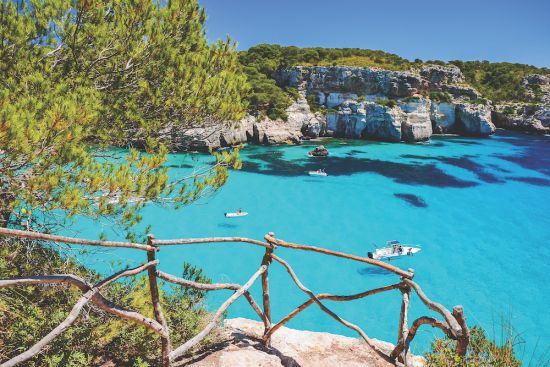 Always a highlight of any western Mediterranean itinerary, and commonly grouped with Italy and France, Majorca is the largest island of the group. Here you can hike through ancient olive groves, explore ochre-hued hamlets and discover the studio of the great artist Joan Miro, now a museum.

On Ibiza you can sip cava in uber-trendy cliff-side restaurants, or hop on a catamaran to its smaller and more exclusive neighbour, Formentera. Here you’ll find idyllic beaches and secluded coves that compare with anything in the Caribbean – and they can all be discovered by walking or cycling along more than 30 dedicated green routes.

With more than a thousand megalithic sites, the most mysterious of the Balearics is surely Menorca. The mild climate makes this an attractive year-round destination, though be aware that some local businesses shut down for the season from November to March.

Spain is a firm fixture on western Mediterranean itineraries that tick off Portugal, France and Italy, or the Canary Islands and Morocco.

Cosmopolitan Barcelona is Spain’s premier port, where Gaudí’s surreal architecture and the mysterious lanes of the Gothic Quarter vie for your attention. Further south, you can soak up Andalucia’s Moorish charms from Malaga, the region’s unofficial cultural capital (it’s also Picasso’s birthplace, with 200 of his masterpieces on show). Then continue your creative odyssey in Valencia, home to a futuristic art museum, urban beaches and great paella. 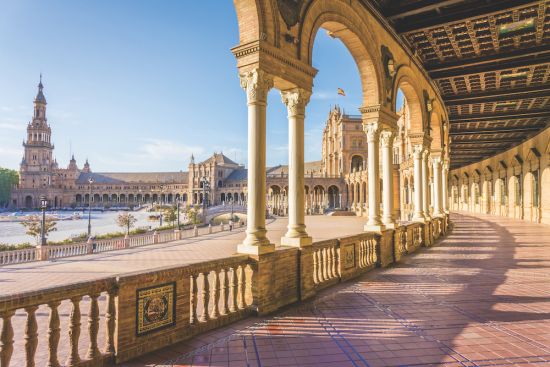 The ancient port city of Cadiz, meanwhile, is your gateway to Seville’s soul-stirring flamenco, masterpieces by Goya and El Greco, and one of the world’s largest gothic cathedrals.

While Spain has banned cruise ships indefinitely, following the coronavirus pandemic, we’re hoping that cruising will be possible again in late 2021/2022.

P&O Cruises 14-night ‘Spain and Portugal’ cruise aboard Iona, round trip from Southampton via Gibraltar, Barcelona and Cadiz, departing 5 March 2022, from £949, pocruises.com

Mediterranean cruises don’t get more blissful than a Greek island-hopping holiday, and ancient Athens is your portal to those postcard-pretty isles, scattered like jewels over the Aegean and Ionian seas.

Greece offers an unbeatable mix of natural marvels and incredible history, with hidden walking trails, Ottoman mosques, volcanic beaches, Venetian harbours and traditions that go back thousands of years. Here you can brush up on your mythology in Delos (said to be the birthplace of the god Apollo) or see the birthplace of the Olympic games on the Peloponnese peninsula.

Windstar 7-day ‘Treasures of the Greek Isles’ cruise aboard Wind Star, round trip from Athens via Mykonos, KuŞadasi, Patmos, Santorini, Monemvasia and Nafplion, departing 8 May 2021, from £3,160, windstarcruises.com

Crystal Cruises 7-night ‘Dazzling Dodecanese’ cruise aboard Crystal Esprit, from Athens to Rhodes via Naxos, Santorini and Kos, departing on 17 October 2021, from £6,400, crystalcruises.co.uk