Divorced, beheaded, died, divorced, beheaded, survived…The popular rhyme recounting the demise of Henry VIII’s sixth wives went from the schoolroom to Broadway in the British pop musical, SIX, which launched at the Edinburgh Fringe Festival in 2017. Now, we’re excited to hear that the hit show will shortly debut on board three of Norwegian Cruise Line’s ships.

Guests on board NCL’s Norwegian Bliss, Breakaway and Getaway will soon get the chance to see the critically-acclaimed show, which presents a historic retelling of Henry VIII’s sixth wives, who’ve gone from Tudor Queens to pop princess. Each leading lady will take centre stage to present her own account of what happened and in so doing, will reclaim her identity. 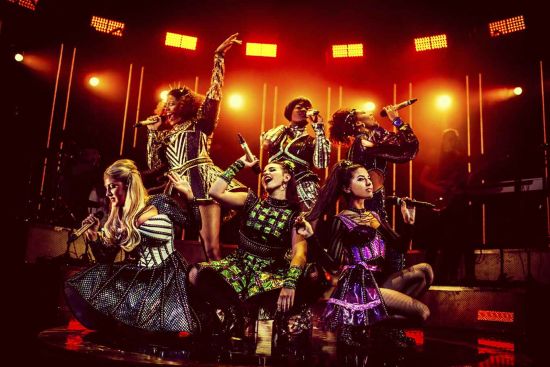 “Guests will be mesmerised by the comical and powerful leading ladies who will have them laughing, singing and dancing their way out of the theatre,” said Andy Stuart, president and chief executive officer of NCL.

“SIX is an excellent example of the exceptional entertainment we feature across our innovative fleet; we are really proud to add this amazing musical to our lineup.”

From the premiere at the Edinburgh Fringe Festival in 2017 to its recently announced debut at the Brooks Atkinson on Broadway in spring 2020, the musical was written by young playwrights Toby Marlow and Lucy Moss and produced by Andy and Wendy Barnes of the Global Musicals theatre company, award-winning songwriter George Stiles, the acclaimed West End producer Kenny Wax and Broadway impresario Kevin McCollum.

“We’re thrilled to be partnering with Norwegian Cruise Line to showcase this award-winning musical for the first time at sea,” said Kenny Wax, one of the producers of SIX. “Originating from the minds of two senior Cambridge University students in the U.K., the show has surprised and delighted audiences around the globe.”

SIX will appear first on NCL’s Norwegian Bliss on 1 September 2019, followed by Norwegian Breakaway on 10 November 2019 and Norwegian Getaway on 23 April 2020.