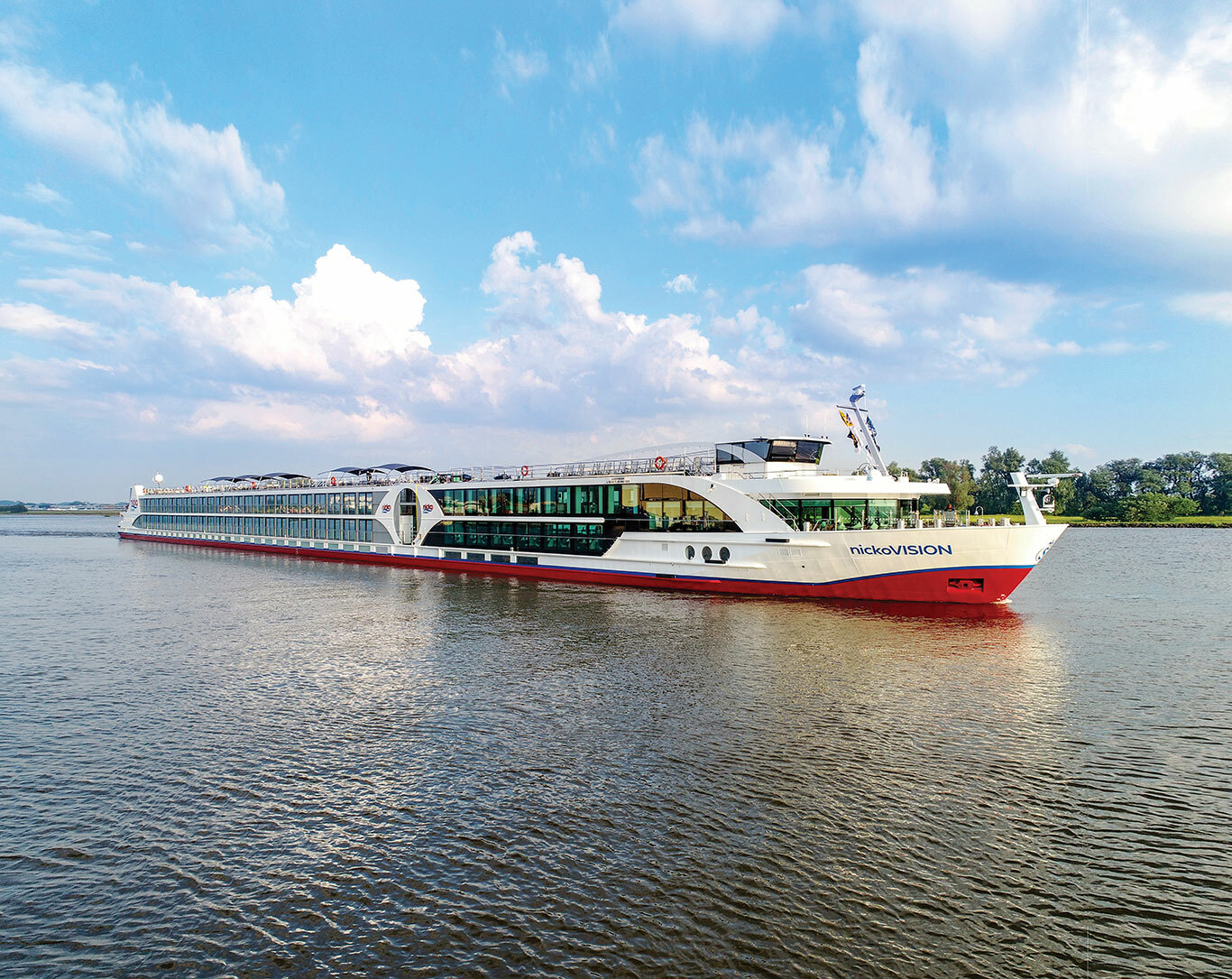 Cruise news / Nicko Cruises: An Interview With One Of The First Passengers Back On Board Post-Lockdown

Nicko Cruises: An Interview With One Of The First Passengers Back On Board Post-Lockdown

Florian Bettenzahl is not your typical cruiser. As a 24-year-old cruise blogger, he had already been on an impressive 60 cruises. And his 61th would be a long way from your traditional sailing.

Florian, who lives in Bielefeld, Germany, was one of 139 passengers on one of the first river voyages to launch this June since the global suspension of sailings.

NickoVision, the distinctive red-and-white river vessel operated by Stuttgart-based company Nicko Cruises, set sail on 18 June for what, under normal circumstances, would have been an unremarkable cruise from Düsseldorf along the Rhine and Moselle.

But this voyage marked a significant turning point for the cruise industry, which for the previous three months had been paralysed by the pandemic.

Due to the line’s new health and safety protocols, introduced in the wake of Covid-19, it would also be very different from the cruising experience that Florian was used to.

For a start, all guests would be required to bring a health form, sent to them by the cruise line in advance. Only those who passed the questionnaire with ‘no objectionable result’ would be allowed on board – assuming they also passed the temperature checks and blood tests.

To help maintain social distancing, the 220-passenger vessel would carry only 70 to 80 per cent of its normal passenger capacity, and one-way systems would be implemented throughout, where there was insufficient space for guests to keep the required 1.5 metres apart.

Finally, all passengers would be required to wear masks when in the ship’s corridors and gangways, and on the shore excursion buses.

With such strict measures in place, and the threat of a second wave of coronavirus ever present, it would have been understandable had NickoVision’s guests chosen to cancel and reschedule their holiday for a safer time.

Indeed, speaking to World of Cruising, Florian admits that he was anxious about the prospect of getting back on the water under such strange conditions. And yet, he stresses that he never once considered cancelling his cruise, so determined was he to sail again.

“Of course, I was a little nervous when I first got on board,” he says, “but the joy of being back on a ship made me forget about it entirely.

“It felt so unfamiliar, but equally refreshing to be among people again, after such a long time at home in isolation. Finally, one could experience positive moments in everyday life. After such a long period of not travelling, it was amazing.”

Despite his young age, Florian has the seasoned cruiser’s love of life on board, with all the freedom and variety it offers.

“You can see an enormous amount in a short time,” he says. “I love waking up every morning in a different place and experiencing something new every day. I also enjoy the comforts on board, and not having to keep repacking my suitcase while I visit different places.”

Of course, it cannot be denied that the health and safety measures now introduced on board cruise ships represent a dramatic departure from the way cruising has been historically, with the introduction of face masks, the elimination of buffet services and new social distancing protocols.

The question is, did the new regulations spoil the overall onboard experience? For Florian, at least, the answer was not at all.

“You got used to it very quickly,” he says. “The first day was a bit strange, but even then everything was so easygoing. By the second day, the new rules already felt normal and natural.”

Florian and his fellow guests spent their time largely as you’d expect on a traditional river cruise, relaxing on board or taking city tours around Mainz, Rüdesheim and Koblenz during the day, while nights were spent enjoying live music, DJ sets and quiz tournaments.

To ensure passengers kept to the required 1.5-metre distance, one-way walking paths were clearly painted on deck in all public areas. While the crew was instructed to wear masks for the duration of the cruise, passengers were required to wear them only some of the time on board.

“It was five to 10 minutes a day at most, just while you were walking round the ship,” says Florian. “As soon as you sat down, you could take your mask off. You didn’t have to wear it on the sun deck, for instance, so it really didn’t bother me.”

The most obvious difference from Florian’s previous cruising experiences came at mealtimes, with seating areas reduced or separated by screens, and tables spread out over several rooms.

“There was no self-service, and even at breakfast the crew would serve guests from the buffet, or à la carte from the kitchen,” he says. “For lunch and dinner, your preferred menu would be requested in advance by the restaurant staff.”

Florian adds that the new measures gave him and the rest of the passengers a feeling of reassurance and safety because they knew that everyone was abiding by the same set of rules. And with the ship operating at reduced capacity, he also found it far easier than expected to maintain the required distance while still being able to interact with other passengers.

“It felt totally normal, actually,” he says. “Everyone was careful to keep their distance, but there was still a very good atmosphere on board.”

Indeed, one big advantage of the new protocols was that both ship and shore excursions felt far less crowded (on excursions, participants were split into smaller groups and given audio systems).

The only downside Florian found is that the one-way systems meant the occasional small detour when walking around the ship, but in the interest of public safety, he agrees this was a small price to pay.

So would he cruise again? The answer is a definite ‘yes’ – and in fact, he already has many more cruises planned over the coming months.

While Florian believes the social distancing measures will be the ‘new normal’ for cruising in the foreseeable future, he also knows that they are necessary to ensure the health and safety of passengers and crew – and the survival of the cruise industry itself.