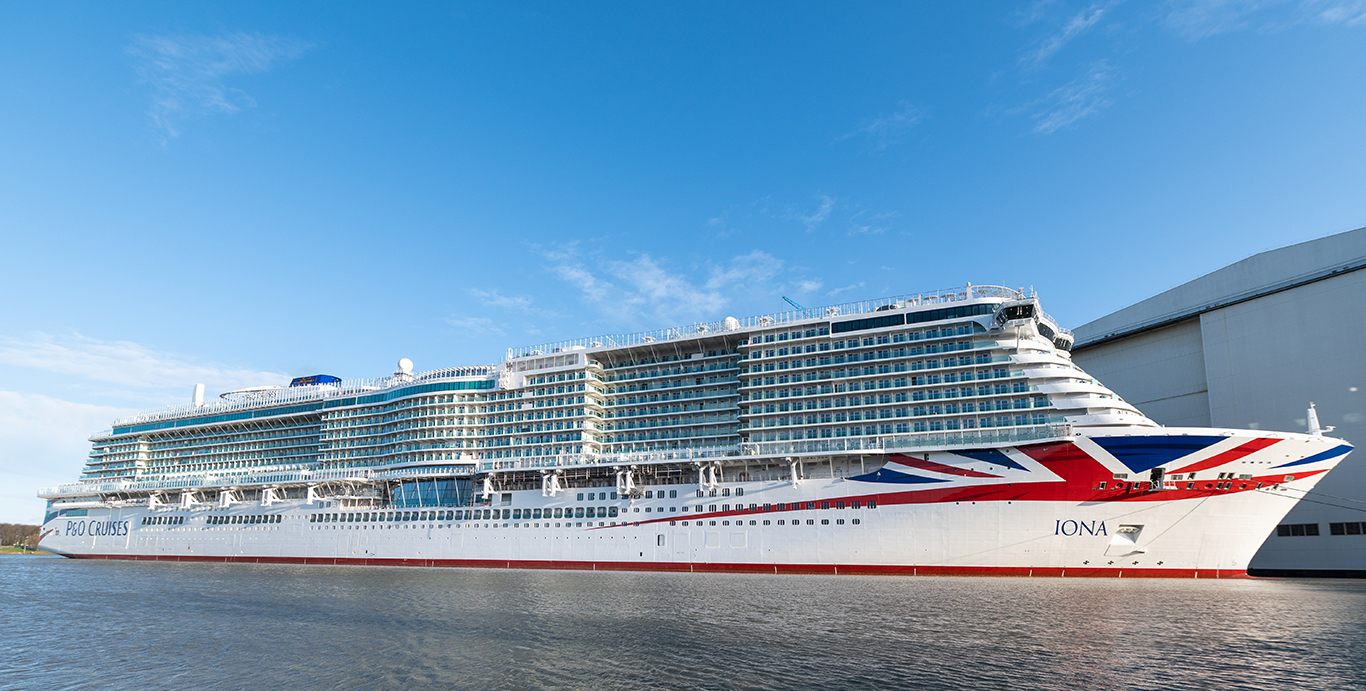 The largest ship designed for the British market, Iona was set to debut in May this year…

The launch of P&O Cruises new ship Iona is perhaps one of the most highly-anticipated of 2020.

Weighing in at just shy of 185,000 GT and with a guest capacity of 5,200, Iona will be the largest ship ever built exclusively for the UK market.

P&O Cruises has been gearing up for the ship’s launch over the last few months and we were given an exciting sneak-peek of Iona when she floated out from the Meyer Werft shipyard in Papenberg, Germany in February (on Valentine’s Day, no less), marking a huge milestone in the vessel’s journey.

Iona on her float-out is giving us all the feels 💙

Sadly, however, the cruise line could not have anticipated the devastating impact of the global coronavirus outbreak, which has put a dampener on all foreseeable cruise plans.

Iona’s maiden voyage was due to depart Southampton on 14 May on a nine-night Norwegian fjords cruise, but in a statement last week, P&O Cruises has revealed that Iona’s launch will be delayed with the maiden voyage postponed due to the coronavirus outbreak.

The news came as the line announced that it would now be suspending all sailings until 15 May, an extra month from the originally planned date.

P&O Cruises’ president, Paul Ludlow, made the announcement, revealing that due to the extended pause in operations, work has slowed down on the vessel at the Meyer Werft shipyard, where the final outfitting on the ship is taking place.

Ludlow said in a statement: “In addition [to the extended pause in operations], the restrictions have forced the temporary slow down of work by Meyer Werft in Germany, where the final outfitting on new ship Iona is being completed. We are working with the team at the shipyard to see exactly how this will impact upon Iona’s delivery.

“We are all so sorry for the disappointment this will cause to everyone and particularly those guests who had booked Iona’s maiden voyage.”

All guests with a holiday booked up to and including 15 May will receive a future cruise credit of 125 per cent, which will automatically be applied to passenger accounts for use on holiday departing before the end of March 2022.

For everything you need to know about P&O Cruises ship before she launches, read our review.

Visit pocruises.com/introducing-iona for the latest information.