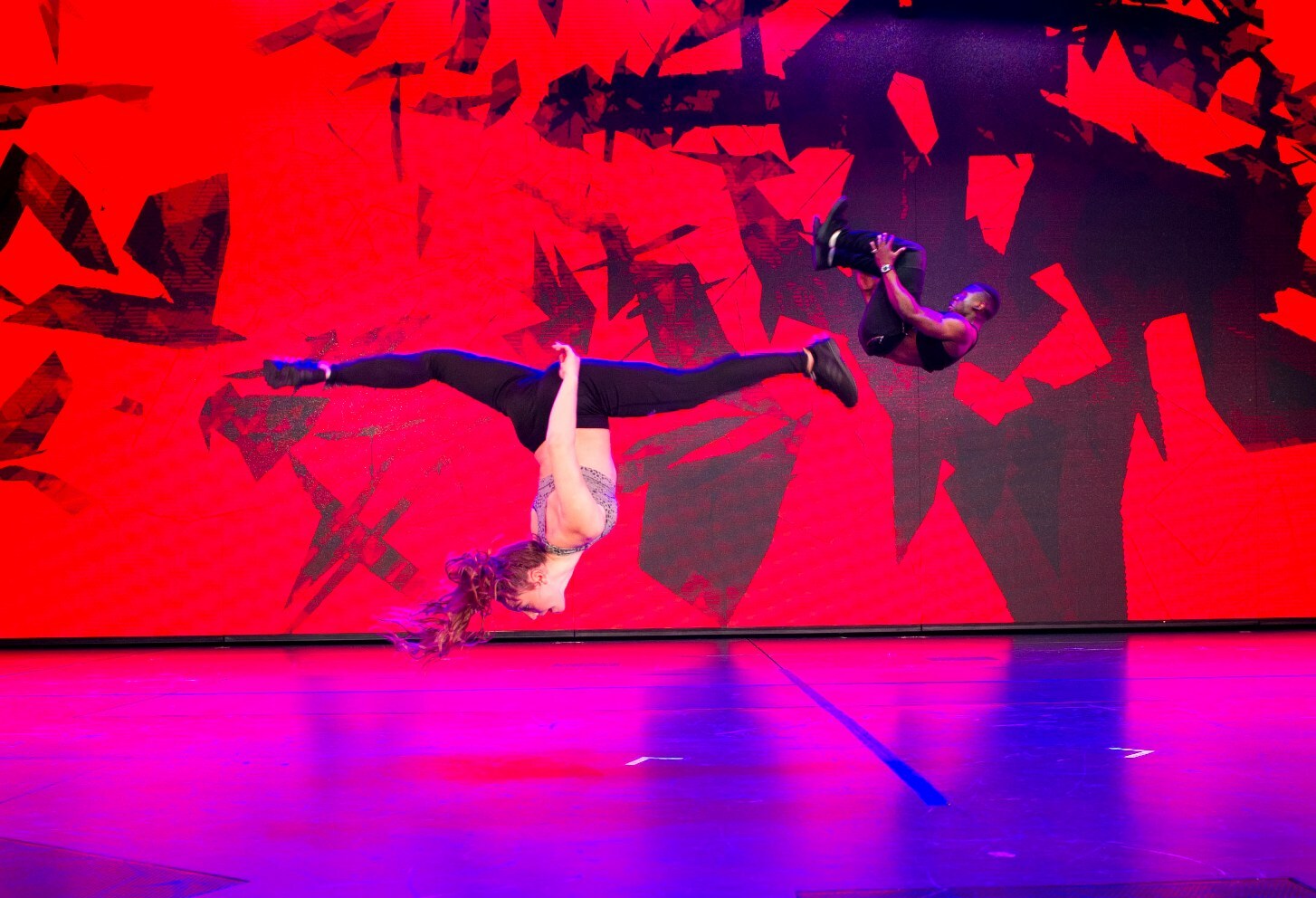 P&O Cruises has introduced a sponsorship programme for two Wilkes Academy students each year in order to nurture and inspire new talent.

The first two Wilkes Academy students to benefit from the P&O Cruises sponsorship are 21 year old Joel Ekperisin and 16 year old Charlotte Payne, both from Swindon.

Joel began dancing at the age of 10 after moving to London from Nigeria. With street dancing his first passion he joined Pineapple Studios and gained experience in commercials, pantomime and music videos. After a spell with dance crew Cerebro, he signed up for a formal full time course offered at Wilkes Academy. He now trains daily in ballet, tap, modern and commercial dance, singing and drama.

First year student Charlotte Payne began dancing at the age of two at Swindon Academy of Dance. She twice represented team England in the dance world cup in Portugal and Romania and worked with the BBC on dance show ‘Glee Club’.

P&O Cruises head of entertainment, Paul Wright said: “I am very excited by this new partnership as it is imperative that we show today’s young talent the breadth of opportunities which are ahead of them. The theatres on our ships are state of the art with LED screens and automation which allow us to create contemporary world class shows and recruit the very best young talent. We employ over 200 performers and each one spends two months rehearsing in our Southampton studios before taking the shows on board. We hope that by sponsoring two students each year and giving them insight and experience both on shore and at sea we can also give them a springboard to their future. I am proud that we are investing in tomorrow’s theatrical stars in this way.”

Wilkes Academy principal Jonathan Wilkes said, “Cruise ships provide an unrivalled training ground for young talent. With a number of different shows each week they practice their range of disciplines and so become a true all rounder. This makes them so much more versatile, which can only aid their future career. The performances on P&O Cruises ships are worthy of the West End or Broadway and are supported by the most high-tech staging and kit to produce truly spectacular shows.”

P&O Cruises will sponsor two students per year, covering their fees at the Academy, as well as offering them opportunities and work experience on-board their ships. Standard fees at the Wilkes Academy are currently £3,000 plus VAT per term.