Gary Buchanan runs a critical eye over S.S. Maria Theresa, the latest addition to Uniworld’s cruise fleet, and finds a stately schloss afloat on Europe’s great rivers For a river cruise company that defies convention, Uniworld’s newest vessel is a true aristocrat. Renowned for their fleet of boutique boats that boast opulent exuberance, the company

For a river cruise company that defies convention, Uniworld’s newest vessel is a true aristocrat. Renowned for their fleet of boutique boats that boast opulent exuberance, the company is in a league of its own. The signature décor of each vessel is daring and colourful, and when S.S. Maria Theresa was introduced in March the assembled industry observers were left searching for superlatives. 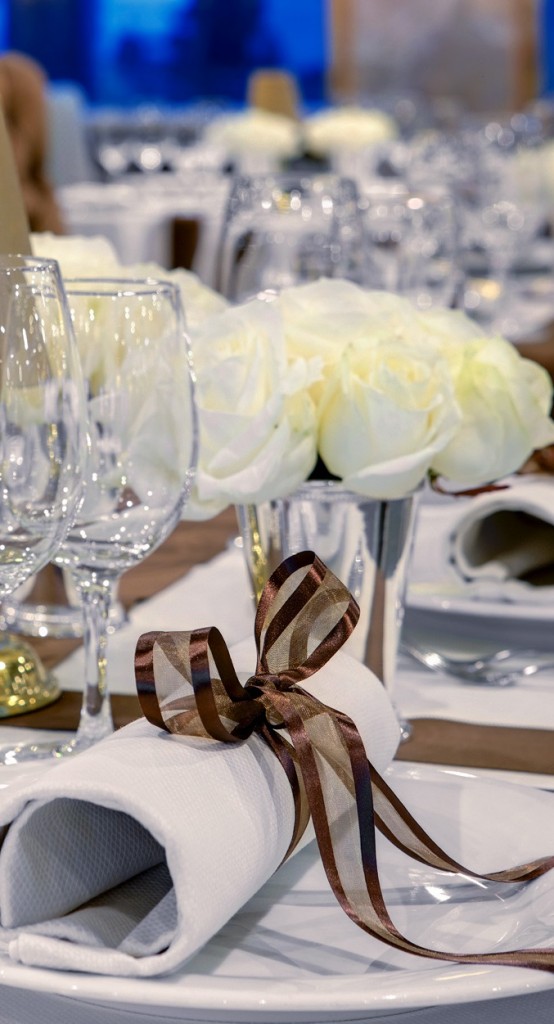 Uniworld’s European fleet consists of 12 fully-owned and operated ships, all of which overflow with design pretension. Indeed the last three new-builds have been so mould-breaking that they have been given the designation S.S. – which stands for ‘super ship’. No one who witnessed the interiors of the 150-passenger S.S. Maria Theresa, resplendent with antique mirrors, gold-leaf detailing and custom furniture from around the world, was left in any doubt this was indeed a paragon.

Uniworld’s vessels are individuals; interiors are the antithesis of minimalism, each is unique, and every deck showcases an eclectic mix of refined taste that spans the lexicon of decadent design. The collaboration between Uniworld and the Red Carnation Hotel Collection design team has been a masterstroke.

“My inspiration for this floating palace came from the castles of the Rhine,” says Toni Tollman, lead designer and the daughter of Bea and Stanley Tollman – head of the dynasty that created Uniworld and the multi-award winning South African Red Carnation hotel group. “Our aim was to completely transport passengers back to the decadent era of European grand style.”

Photographs Toni took when she visited the historic castles that stand sentinel along the banks of the Rhine provided inspiration for the ship’s interiors.

Built at the Dutch shipyard of Gierlien van Tiem – which also produced the S.S. Antoinette in 2011 and the S.S. Catherine in 2014 – it was appropriate that the naming ceremony for S.S. Maria Theresa was performed by Princess Anita Von Hohenberg, great-granddaughter of Archduke Franz Ferdinand; and direct descendant of Maria Theresa – mother of Marie Antoinette. 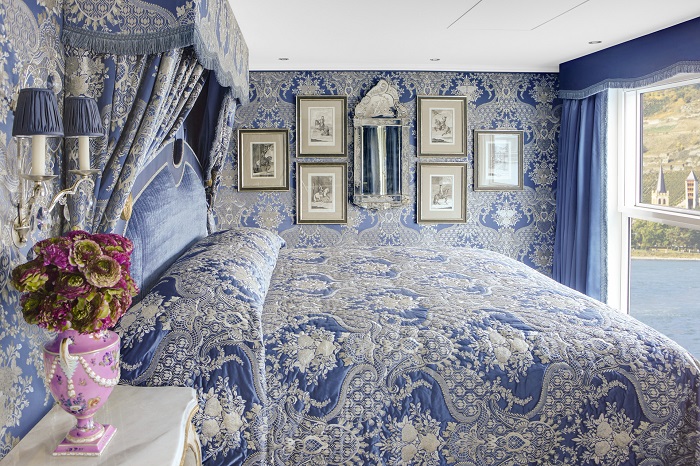 My tour started in the lobby, which is dominated by a 10-foot high original oil painting of Maria Theresa illuminated by a stunning Venetian chandelier. “We’ve possibly improved the cachet of 18th century Baroque design,” said Toni as she ascended the sweeping wrought-iron staircases to draw attention to the trompe l’oeil ceiling. “It took 14 craftsmen over three weeks to create the effect I was looking for.”

Making my way along Hofburg Deck (the uppermost of the three accommodation decks) I stopped at one of the ten305 sq ft suites. Each has its own unique colour scheme with silk wall fabrics as well as antique mirrors. There’s a balcony with a window that drops at the flick of a switch; period cabinets conceal mini-bars, and of course there are lavishly-appointed bathrooms with shower and bath. There are two butlers attending occupants of suites. Every detail has been considered to enhance the guest experience, whether it is in the 410 sq ft Royal Suite or the staterooms that range from 162 to 194 sq ft. 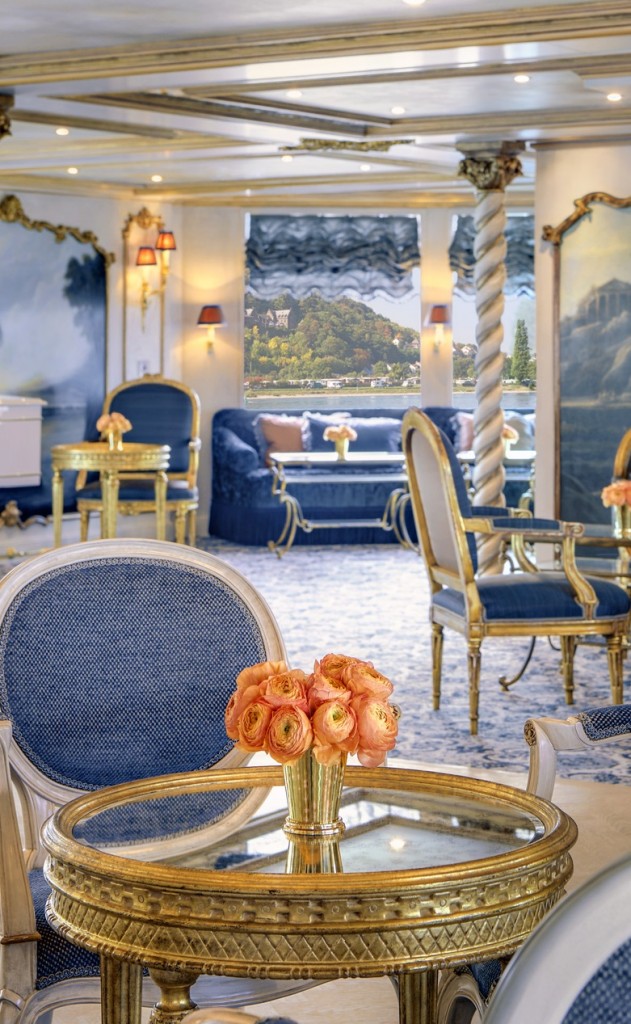 At the aft end of this deck is the Bar du Leopard, decorated in muted leopard print and dove-grey velour seating. Opposite the bar is the mosaicencrusted pool enclosed in auto-frosting glass for privacy. “We took inspiration for this room from our hotel at Bushmans Kloof – our wilderness retreat in the Western Cape,” says Toni, who pointed out the snow leopard on the wall above the pool as well as the bronze snow leopard in the corner of the room. There’s a dedicated galley for when this room becomes a private dining venue for 36, as well as a small outdoor terrace
with tables.

Descending to Bavarian Deck, I saw the petite Lipizzan Cinema and Viennese Café – a recreation of the Sacher Hotel in Vienna. The sumptuous Baroque Restaurant on Schönbrunn Deck serves some of the finest food on Europe’s rivers. Breakfast and lunch are selected from the buffet while dinner reflects culinary virtuosity at every turn. The focal hub of the vessel is the sumptuous Habsburg Salon with a Watteau-style ceiling and hand-painted murals depicting 18th century Austrian rural life. The Baroque ambiance is enhanced with period furniture hand-made by artisans in Lyon and Venice.

Forward of this room is the Bohemian Terrace – a perfect vantage point by day and night. At the conclusion of the tour Toni summed up her interpretation of this iconic river vessel, “The only difference between staying in an 18th century Habsburg Castle and the S.S. Maria Theresa is the height of the ceiling – a restriction that is imposed by the bridges of the rivers we navigate.”

S.S. Maria Theresa will sail on a variety of Uniworld’s routes including the ‘European Jewels’ itinerary from Budapest to Amsterdam through the heart of Maria Theresa’s vast empire.