In the restaurant lobby, guests will encounter a modern interpretation of a Tibetan prayer wheel – a large, floor-to-ceiling cylindrical sculpture with decorative panels embossed with wishes for good fortune. The prayer wheel gives way to a dramatic entry flanked by doors reminiscent of an Asian temple.

Upon entering the dining room, a dark and rich colour palette dominates the venue, with black mid-century metal and wood tables surrounded by leather banquette seating. 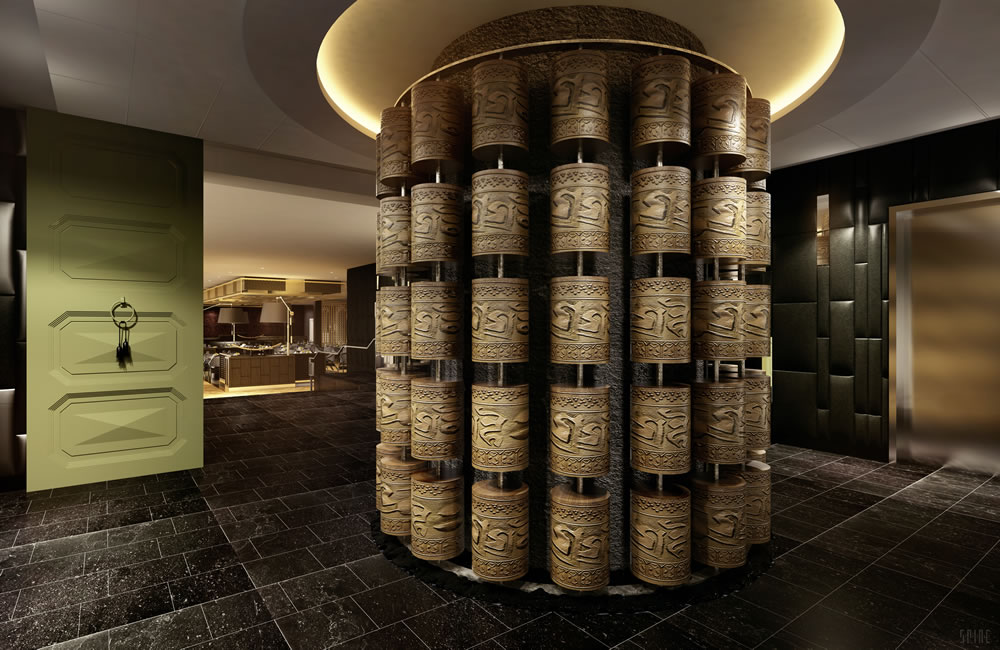 uring dinner, guests will be able to gaze out to sea through abstract lotus-shaped windows. Smoky mirrors between the windows will reflect muted light throughout the space. Floor-to-ceiling partitions will help convey a sense of intimacy. 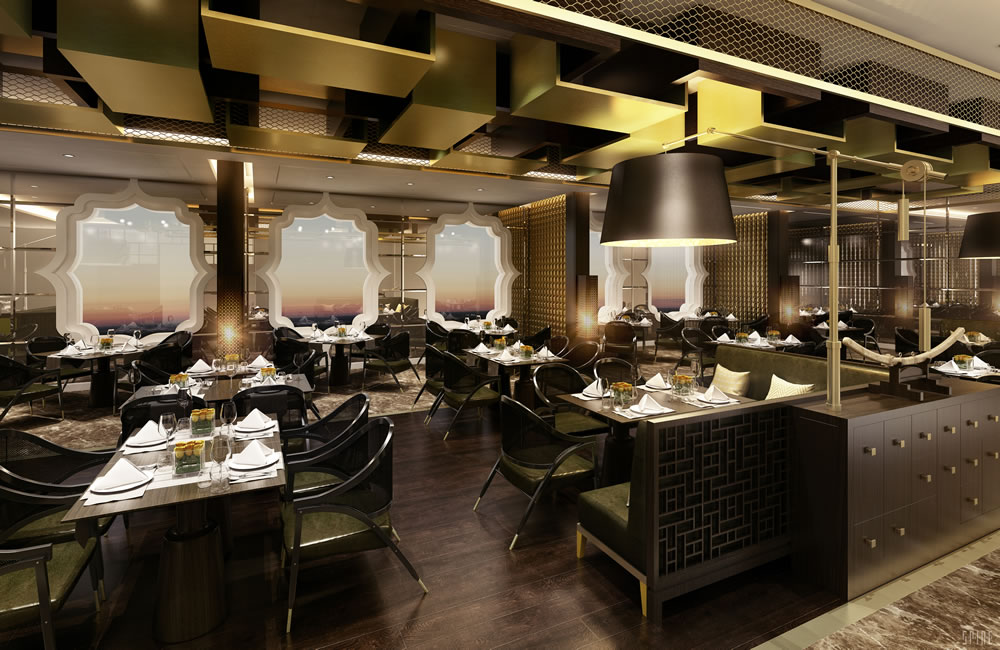 Jason Montague, president and chief operating officer for Regent Seven Seas Cruises, said “We are setting new luxury standards across the board with Seven Seas Explorer, and with our sights set on building the most luxurious ship ever, we had to create an unrivalled collection of speciality restaurants for our guests. The elegant Asian architectural elements found in Pacific Rim perfectly complement an exquisite menu, for a gourmet dining experience that brings to life the rich culinary traditions of Asia unlike any other at sea.”

Seven Seas Explorer will sail its maiden voyage on 20 July 2016 and spend its inaugural season in Europe before heading over to Miami for a series of Caribbean voyages.