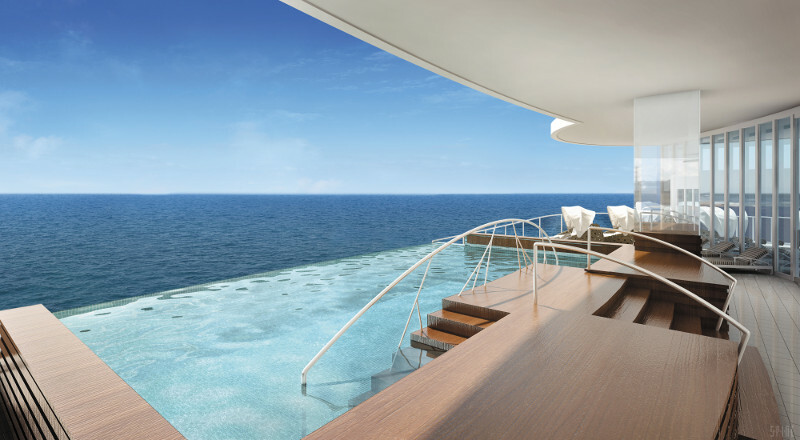 Her Serene Highness Princess Charlene of Monaco delivered the traditional maritime blessing before the bottle of champagne broke against the ship’s hull, officially christening the vessel. The jubilation of the bottle breakingmoment was followed by a spectacular 40-minute private performance from musical maestro Andrea Bocelli, capping an incredible evening for a ship that sets new benchmarks for luxury.

“This is truly a special moment, not only for the 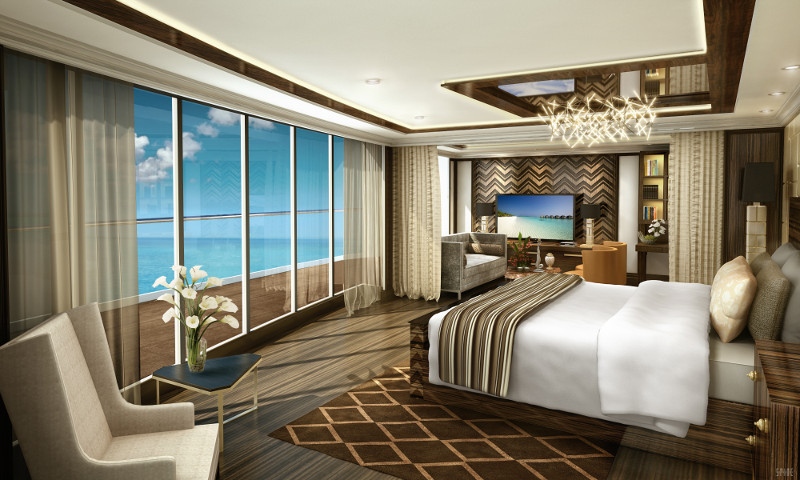 Regent Seven Seas Cruises brand, but for the entire Norwegian Cruise Line Holdings family,” shared Frank Del Rio, Norwegian Cruise Line Holdings president and chief executive officer. “Tonight we celebrate the realisation of our vision. Seven Seas Explorer is not only the world’s most luxurious ship – she sets a new benchmark for luxury vacations and lays the foundation from which Regent Seven Seas Cruises will continue to build. We have already begun a massive $125 million refurbishment effort to ensure every ship in our fleet matches the luxury standard found on Explorer, and will introduce a sister-ship in 2020.”

During his christening remarks, Del Rio reflected upon the humanitarian efforts undertaken by Her Serene Highness as part of the Princess Charlene of Monaco Foundation. The Foundation’s mission is to save lives by teaching children and adults basic water safety techniques.

“It is an honour to be the Godmother of this magnificent ship, Seven Seas Explorer. I am also thrilled by the discussions taking place between my Foundation and Norwegian Cruise Line Holdings to implement my Water 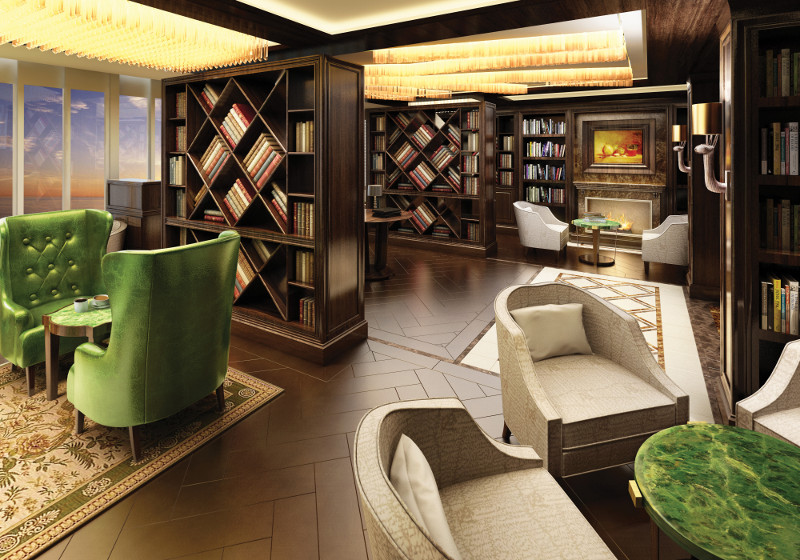 Safety programme on all their ships. Developing awareness of the risks attached to aquatic environments is, for me, a cause of most importance,” stated Her Serene Highness Princess Charlene.

Seven Seas Explorer delivers an unrivalled luxury cruise experience. The ship features extravagantly designed theatres and lounges, an unparalleled collection of opulent and spacious suites, five lavish gourmet restaurants and an unprecedented level of personalised service. At 55,254 gross-registered tons and carrying only 750 guests, the all-suite, all-balcony ship boasts one of the highest space ratios and lowest crew to guest ratios in the cruise industry, not to mention the largest private verandas in the cruise industry and a new category of luxury suite, the nearly 4,500-square foot Regent Suite. The luxury liner’s maiden voyage will take place 20 July 2016, and will spend its inaugural season in Europe before heading to Miami for a series of Caribbean voyages.

Born in Zimbabwe, H.S.H Princess Charlene grew up in South Africa. She married Albert II, the Sovereign Prince of Monaco, in July 2011. They are the parents of twins born in 2014, Crown Prince Jacques and Princess Gabriella.

The Princess Charlene of Monaco Foundation (www.fondationprincessecharlene.mc,) was launched in 2012 with the primary objective to save lives by putting an end to drowning. Its missions are to raise awareness about the dangers of water, teach children preventive measures and to swim, through the implementation of various programmes such as “Learn to Swim” and “Water Safety”.

H.S.H. Princess Charlene recently inaugurated the first U.S. chapter of the Foundation in Los Angeles on 10 May 2016. The Foundation sponsors a number of “Learn to Swim” and “Water Safety” programmes in 27 countries throughout the world, including in the United States.

The Principality of Monaco

The independent and sovereign Principality of Monaco has played a unique and colourful role throughout the history of the Mediterranean and Europe. Today, its undiminished reputation as a glamorous, first‑class, luxury vacation destination and business and financial centre is complemented by its enduring commitment to the arts, the preservation of its own cultural traditions and the protection of the global environment. Monte-Carlo is its most famous district.

Among the myriad exceptional experiences to be found in Monaco, dining is just one of the Principality’s many pleasures. From Michelin-starred restaurants to quaint sidewalk cafés, there is no other location in the world where so much epicurean distinction can be found within one square mile.

For additional information on the Principality and a full calendar of events, please visit: http://www.visitmonaco.com/us/.