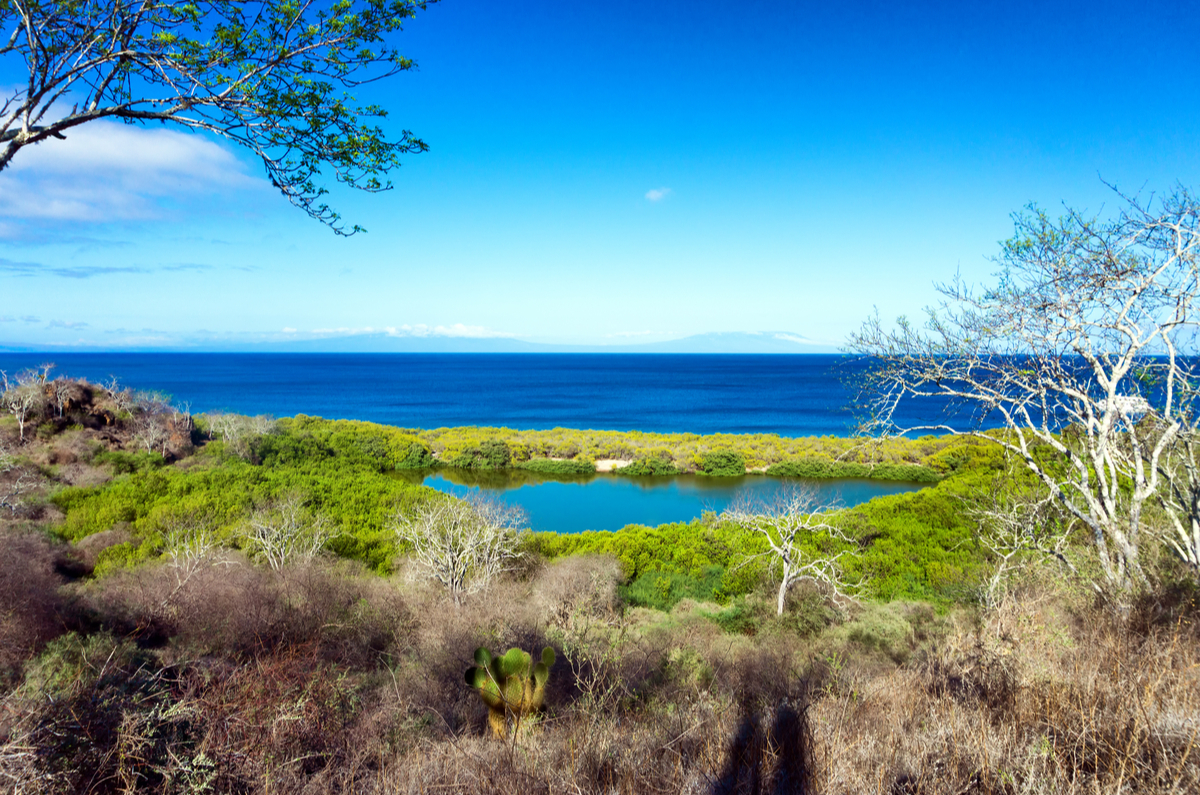 The enchanted islands: A Galápagos guide

When early explorers happened across the Galápagos – a scattering of idyllic emerald-green islands and turquoise lagoons wreathed in ethereal cloud and abounding with strange creatures – they understandably thought them magical. It is a notion that modern-day visitors are likely to share. There is indeed something extraordinary about this remote archipelago, where four ocean

When early explorers happened across the Galápagos – a scattering of idyllic emerald-green islands and turquoise lagoons wreathed in ethereal cloud and abounding with strange creatures – they understandably thought them magical.

It is a notion that modern-day visitors are likely to share. There is indeed something extraordinary about this remote archipelago, where four ocean currents converge, inquisitive and characterful wildlife inhabitants have not learned to fear man, and self-contained evolution inspired one of the greatest and most momentous scientific breakthroughs in history.

There is simply no destination better suited to cruising than the Galápagos, but limitations are in force to protect this fragile, precious environment. Vessels are limited in size (to 100 passengers), as are the number of cruise stops. Island visits are limited to groups of no more than 20, must be naturalist-led and must conform to a series of guidelines on animal interaction. Restrictive, but necessarily so, and a small price to pay for the privilege of exploring this wildlife wonderland.

It is also a truly year-round destination. Different conditions create different landscapes and bring forth a different cast of characters. From December to May, when the air and water temperatures are warmer, flowers bloom, giant tortoises hatch, sea turtles nest and colourful birds engage in their elaborate mating rituals. From June to November, when the Humboldt current brings with it colder, nutrient-rich waters, great shoals of fish and flocks of seabirds descend on the islands, sea lions pup, humpback whales breach the waves and penguins play with delighted snorkellers. If you can spare the time and expense, a return visit in a different season, even following the same itinerary, can present a fascinating holiday contrast.

Typically a cruise will make four or five island stops in a Galápagos circuit. Here’s what to expect from some of the best, east to west:

Formed of four fused volcanoes, San Cristóbal is the easternmost island and the second most populous. Visitors can expect to see several sub-species of Darwin’s finches, whose environmentally unique behaviour and subtle physiological differences so informed the theory of natural selection. Other denizens of this engaging island include sea lions, frigate birds and (in the north) red-footed boobies.

The southernmost island of the Galápagos is also one of the oldest. Having drifted so far from the volcanic ‘hot spot’ that created and shaped these isles, Española boasts many species found only here. This is the breeding ground for all of the world’s waved albatrosses, for example, and the Española lava lizard and Española mockingbird are also endemic to this tiny plot. Española tortoises, once endangered, are now thriving, and snorkellers from Tortuga Rock and Garden Bay may encounter vibrantly coloured shoals of large tropical fish, along with white-tip reef sharks.

Though it is home to the majority of the islands’ human population (some 12,000 people) and attendant houses, shops, hotels and restaurants, Santa Cruz has much to interest the wildlife enthusiast. A visit to the Charles Darwin Research Station is included in most cruise itineraries, inviting you to learn about the natural history of the Galápagos, the ongoing conservation work and the giant tortoise breeding programme, which helped save the Española tortoise from extinction. Visit the highlands of Santa Cruz to witness these ancient, ponderous, fascinating creatures in their natural habitat.

Santiago boasts a couple of great visitor sites that make it a regular cruise stop. James Bay is bounded to the north by picturesque Espumilla Beach, a sea turtle nesting ground, and to the south by Puerto Egas, home to a colony of fur seals. Between the two, a trail inland passes a seasonal lagoon patrolled by flamingos. At Sullivan Bay, visitors may walk across beautiful lava flows little more than a century old and, at Chinese Hat, snorkel a small channel of crystal-clear turquoise water.

The Equator runs across the northern tip of this strangely seahorse-shaped island, the biggest of the Galápagos – bigger, in fact, than all of the other islands combined. Isabela is formed of six conjoined shield volcanoes, each of which has its own sub-species of wild tortoise. The nutrient-rich west coast waters provide a fertile breeding ground for fish, attracting in their turn diving seabirds, including penguins and blue-footed boobies, dolphins, sea lions and no fewer than 16 species of whale.

The islands of the Galápagos are the summits of vast underwater volcanoes, and nowhere is this geological character more apparent than Fernandina, the youngest and westernmost isle. It is also the most pristine of the Galapagos, with only one visitor site. The rare land iguana is the star of the show here, nesting on the rim of the shield volcano that gives Fernandina its shape. Their marine cousins dot the rocks in huge numbers, and Sally Lightfoot crabs add vivid splashes of colour against the monochrome of petrified lava flows and raised coral beds. Flightless cormorants and Galápagos penguins are drawn to the island in the second half of the year.