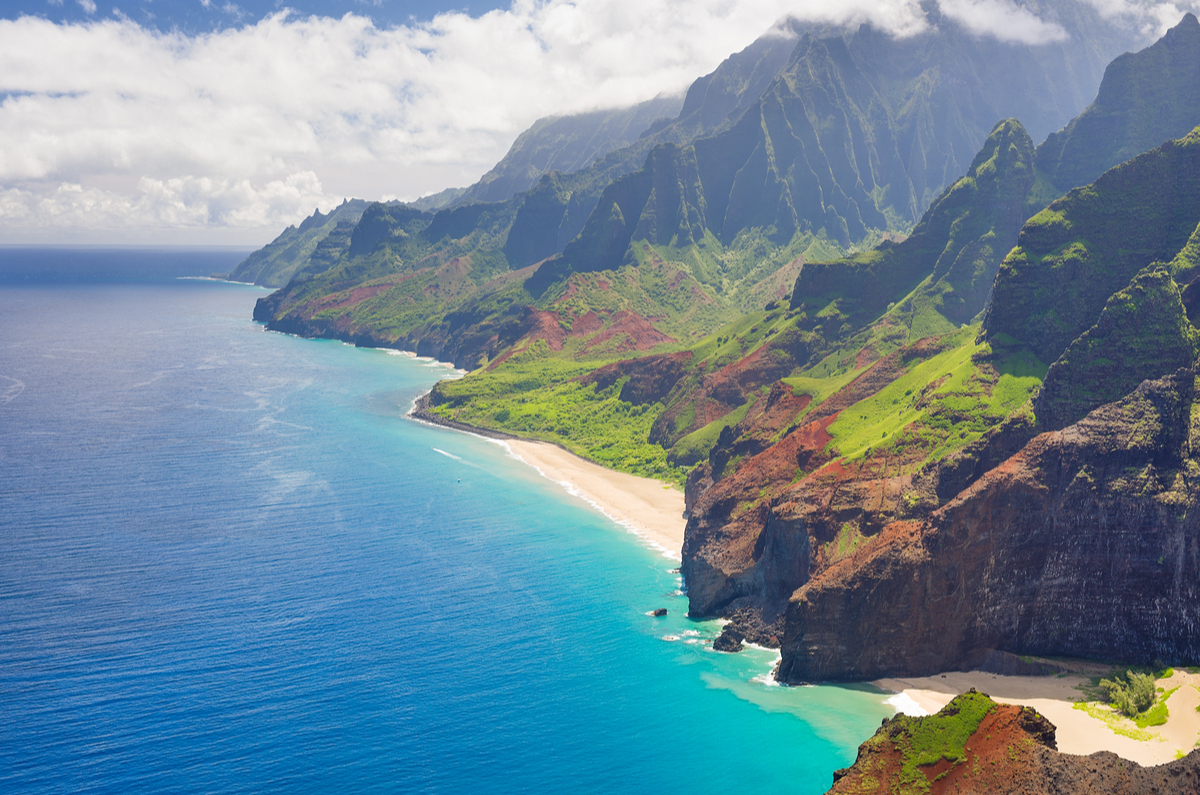 You’ve voted in large numbers for your holiday hotspots and we’re down to a shortlist of 15. Each is a dream destination – but which one deserves to win at the World of Cruising Wave Awards 2017? ALASKA Glaciers, mountains, whales, even bears – an Alaska cruise is paradise for nature lovers. Most ships begin

You’ve voted in large numbers for your holiday hotspots and we’re down to a shortlist of 15. Each is a dream destination – but which one deserves to win at the World of Cruising Wave Awards 2017?

Glaciers, mountains, whales, even bears – an Alaska cruise is paradise for nature lovers. Most ships begin at Vancouver or Seattle, then sail up the Inside Passage through a maze of verdant islands backed by lofty mountains. Excursion options including kayaking, hiking, glacier walks, wildlife-watching and float-plane rides. Close-up views of glaciers crumbling into the sea will provide the lasting memories – unless you get lucky when you try panning for gold.

The sailing across the Drake Passage from South America can be lively but the reward is an icy wonderland. Among the shimmering white mountains and icebergs, the crystal waters are roamed by whales and seals. Only smaller ships can allow passengers to go ashore, usually via a small Zodiac craft; large vessels can only watch from a distance. It’s worth paying the extra for those close encounters with penguins.

It’s said to have a beach for every day of the year – but for those who prefer to explore, Antigua is a tropical playground. Boat trips, kayaking and snorkelling are easily available, and there are two fine golf courses. A popular trip is to Nelson’s Dockyard, where the admiral served for part of his career. Today the harbour is filled with pleasure boats and lined with colonial architecture.

Australia may be huge but it’s an excellent cruise destination because all the main cities, wine areas, rainforests, wildlife parks and mountains are accessible from the ports. The choice of excursions is incredible: encounters with kangaroos, koalas and crocodiles, plus Aboriginal culture and water sports galore. And then there are those laidback cities with their friendly coffee shops and pubs.

No other Caribbean island can boast such a range of attractions – but many voyages begin and end in Barbados, so if you want to explore you’ll need a cruise-and-stay option. Catamaran cruises and water sports are always fun; a trip on a 4×4 truck-bus will reveal the less-seen side of Barbados, while the capital Bridgetown is packed with colonial charm. A trip to the wild east coast makes a pleasing contrast to the manicured west, while beach lovers should head for the south coast, where there are plenty of bars and restaurants.

Dubrovnik pulls the crowds but there is so much more to this nation of medieval towns and natural wonders. Split has Diocletian’s Roman palace; Zadar, set on a peninsula, is crammed with lovely old buildings; Rovinj, with its soaring church spire, is postcard-perfect. A short way inland, Krka National Park is a standout for its cascades.

The sheer loneliness of this British outpost is a major part of its allure. The Union flag flutters in the little capital, Stanley, even though it is almost 8,000 miles from the UK. Some visitors will be interested in seeing where the 1982 conflict took place but most go for the wildlife – five species of penguin, elephant seals and albatrosses (and many thousands of sheep). They can be viewed among untamed landscapes that are often bleak yet have a raw beauty. Expect a choice of wildlife excursions; Gypsy Cove, not too far from Stanley, is a good option for spotting dolphins and Magellanic penguins.

It is no surprise that the Galapagos Islands are on the shortlist. No other place on the planet allows you to interact with wild animals that have so little fear of humans – you’ll feel like David Attenborough. The most recognisable inhabitants are the giant tortoises, marine iguanas and blue-footed boobies, but there are also sea lions, penguins and many other birds, while snorkellers are likely to see turtles and rays. The landscapes are fascinating, too, with much evidence of their volcanic origins among the 18 rocky isles that make up this isolated Pacific archipelago. There are plenty of chances to delve into the work of Charles Darwin, and the rustic towns offer a change from the wild stuff .

The Greek islands never lose their appeal, and not just because they are so pretty – each has its own character. Wooded slopes, inviting coves, turquoise waters and sleepy villages form an enchanting blend, yet there is always something else to discover. Crete is replete with ancient history; Santorini offers volcanic splendour; Mykonos has the trendy beach bars; Corfu’s capital is one of the most handsome in the Med. The mainland has its treasures too, not least the archaeological gems of Olympia and the emblematic Parthenon in Athens. Some itineraries also take in western Turkey – especially the Roman remains at Ephesus.

Think of somewhere exotic and Hawaii may well spring to mind. This chain of tropical islands is indeed spectacular, with active volcanoes smouldering above lush rainforest that descends to fabulous beaches. The isles beg to be explored and there are ample opportunities for nature walks, whale-watching, kayaking and snorkelling. Dramatic Waimea Canyon on Kauai is well worth visiting, as are Rainbow Falls on the Big Island, but look out for the possibility of witnessing a “live” lava flow. You can also see where the Jurassic Park films and the TV series Lost were filmed. In vibrant Honolulu you can shop, flop on Waikiki Beach or pay your respects at the memorial to the victims of the Pearl Harbor attack that brought the US into WW2.

Our love affair with Italy shows no signs of abating. Whether it’s the unsurpassed art and architecture, the medieval stone villages, the sublime food or the gregarious people, there are always so many reasons to pay a visit. The key cruise ports are Civitavecchia (about 90 minutes from Rome), Livorno (a similar distance from Florence) and Venice. Naples is another outstanding destination due to its outstanding museums and proximity to Vesuvius and Pompeii. All offer prime sightseeing but ships now make regular calls at the islands of Sicily and Sardinia. The former is dominated by the enormous cone of Mount Etna – a cable-car trip to the top is rewarding – while the latter has archaeological sites and miles of sandy beaches.

A popular choice for a long weekend, the city that never sleeps is also a great place to visit on a cruise (imagine sailing into the harbour beneath that unmistakable Manhattan skyline). There has long been a scheduled sailing between the UK and New York but the Big Apple can also be found on itineraries exploring the eastern seaboard of North America. As well as the legendary shopping and stage shows, you’ll find distinctive neighbourhoods, excellent museums and just about every cuisine imaginable. New Yorkers are uncompromising, so expect high standards. If your cruise does not spend much time in the city, it’s worth adding a few hotel nights before or after.

Sailing though the fjords is a joy, as your ship seems almost within touching distance of the towering rock faces and waterfalls. Although most cruises concentrate on the western fjords, plenty now venture north to the gorgeous Lofoten Islands and the North Cape – also one of the best places to see the Northern Lights.

Except on expedition cruises, there is only one major Russian city that can be visited on an ocean voyage. Fortunately it is St Petersburg, whose imperial palaces, ornate churches, grand museums and vast parks make it one of the finest cities in the world. Must-sees include the Church of the Saviour, the Peter and Paul Fortress, and the Hermitage, home to more than three million works of art.

Tempting though it is to bask on the beach, this Caribbean haven has much to offer the adventure-seeker. There’s one of the planet’s few drive-in volcanoes, with bubbling mud pots and steaming springs, while other activities include nature hikes, Jeep safaris, dolphin watching, deep sea fishing and riding. The capital, Castries, is bustling and colourful.