It may have been on the map for little more than a century, but in its short life Vancouver has made quite an impression.

Starting off as a humble logging station, it grew fast around its huge natural harbour with a stunning mountain backdrop, and today it is a high-rise, richly multicultural city of some two-and-a-half million souls that’s regularly named among the top five in the world for quality of life.

Many North American cruises start (or finish) here, so before you shoot off to explore the delights of Alaska, Seattle or the Rocky Mountains, stick around for a day or so to explore this Canadian treasure.

Vancouver’s cruise terminal is ideally situated, right in the centre of town, meaning it’s just a short walk to many of the city’s best attractions and you won’t need to worry about expensive port transfers.

Whether you choose to explore the huge expanse of Stanley Park (larger than Central Park in New York and simply begging to be cycled around) or head for the quaint streets and cafés of historic Gastown, there are plenty of highlights close at hand.

But venture a little further afield and it gets even better.

Magnificent Grouse Mountain, with its dizzying 4,000ft cable car, is just a short bus ride from the centre of town, as is the equally vertiginous Capilano Suspension Bridge.

Factor in a world-class museum or two, a busy film industry, a thriving cultural life, a vibrant food, wine and craft-beer scene and a pleasantly mild climate (spring and autumn are lovely, but summer is driest), and you won’t just be glad you made time to explore – you’ll be wishing you could stay.

More than a thousand acres of green oasis, almost entirely surrounded by water, the 1,000-acre Stanley Park is perfect for a day’s exploring. 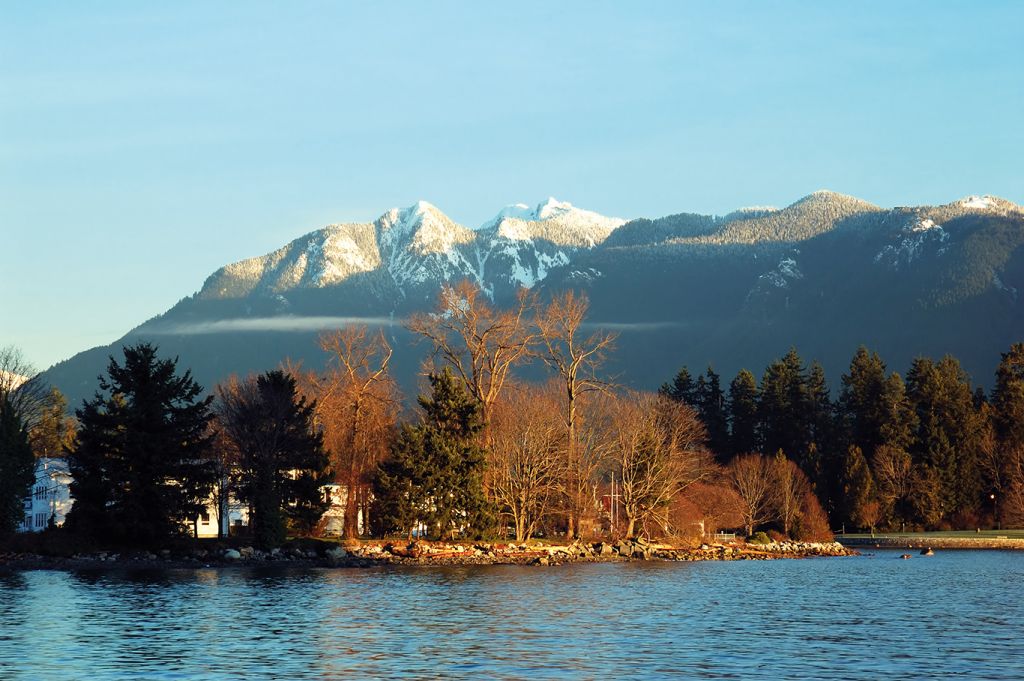 Catch a ride on the Stanley Park train, visit the aquarium or hire a bike and ride along the Seawall, which runs for five-and-a-half miles, presenting majestic views of English Bay and Vancouver Harbour.

A tranquil paradise in the middle of a major city, it’s no wonder this was named by TripAdvisor as the best park in the entire world.

Don’t be put off – it may sound like the location of a steampunk novel – but Gastown is the historic part of Vancouver, and a great place to get accustomed to the local way of life.

With pretty cobbled streets – a rarity in North America – as well as plenty of trendy cafes and bars, and Vancouver’s version of Manhattan’s Flatiron Building, it makes for a great day out. 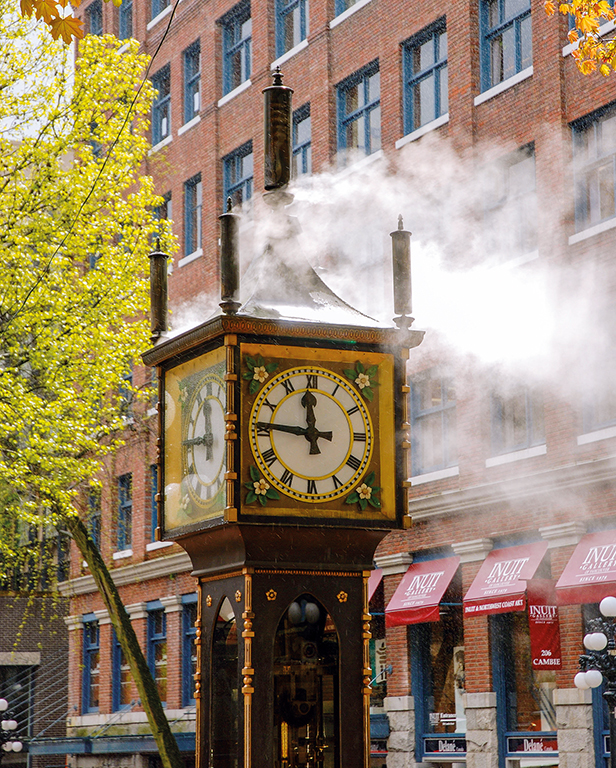 Most charming detail? The delightful and historic Steam Clock, which lets out a little puff of vapour on the quarter hour.

Take the cable car to the 4,100ft peak of Grouse Mountain at any time of the year and you’ll be treated to an incredible view of the city beneath – whether it’s green and blue and twinkling in the spring sunshine, or a snowy winter wonderland.

Sharing the mountaintop with you is the ‘Eye of the Wind’ – a giant turbine with a built-in observation deck that grants 360-degree views from its even higher vantage point.

Vancouver has no shortage of interesting galleries and museums, but it’s the Museum of Anthropology that is most worthy of your time.

It brings together one of the finest collections of First Nation art (indigenous Americans to you and me) to be found anywhere, as well as a wonderful display of European ceramics that’s unique in North America.

What’s more, its location overlooking the mountains and the sea is simply superb.

You’d better have a head for heights if you want to tackle this narrow walkway, strung across a 140-metre forested gorge with the Capilano river surging along some 70 metres beneath your feet.

The Capilano Suspension Bridge has been attracting brave tourists since 1889 (don’t worry, it has been rebuilt a few times since then). 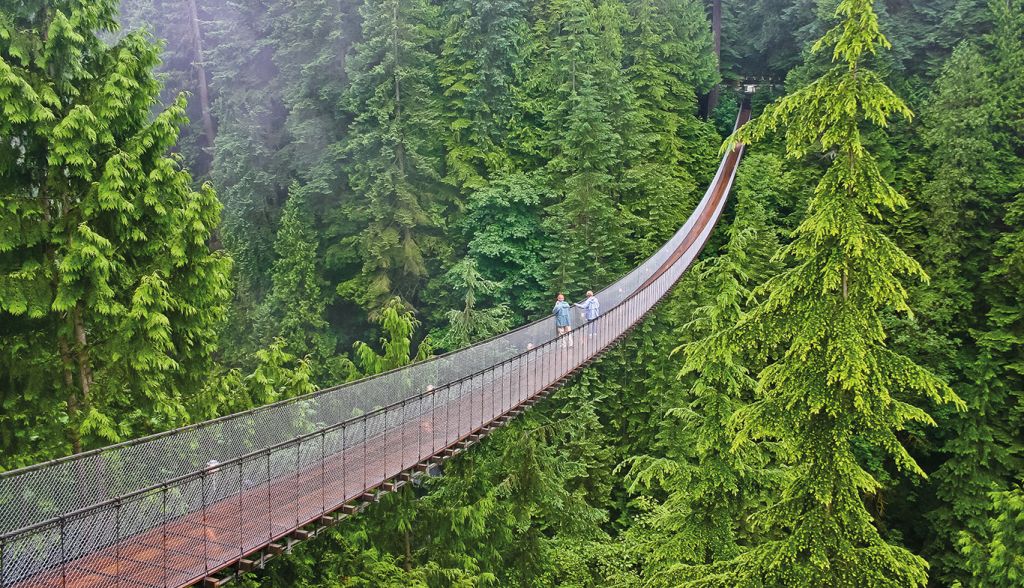 Scary? A little, but the views more than make up for it.

And, yes, it can get quite a good sway on if the wind is up. You’ve been warned!