It’s 175 years since Cunard’s first ship left the UK, carrying passengers – and the Royal Mail – to the United States. Ever since 1840, the company has been closely intertwined with its home, first in Liverpool and more recently Southampton.

There are few names more renowned than Cunard, and for 175 years this pre-eminent force has been the undisputedpacesetter in ocean travel. The company has dominated travel across the  North Atlantic, and with their motto “speed, comfort and safety,” the line offered passengers not only some of the fastest sea crossings, but also an incomparable way of life.

The oddest thing about the founding of the British and North American Royal Mail Steam Packet Company in 1839 is that the company was formed by a man like Samuel Cunard. The gamble, the challenge, the uncertainty of it all would have sat well with a man like British engineer and entrepreneur Isambard Kingdom Brunel, rather than Cunard, a prudent Canadian of American  parentage; but his determination and vision prevailed.

It is difficult, in today’s age of instant communication and rapid travel, to appreciate not only what a significant event the establishment of the first transatlantic steamship service proved to be, but just how technologically advanced it was.

This most illustrious chapter in maritime supremacy began with the much-acclaimed departure from Liverpool on 4 July 1840 of the 1,156-ton Britannia, inaugurating the first scheduled mail and passenger service across the Atlantic. This voyage to Halifax and Boston was the dawn of the greatest transoceanic endeavour ever witnessed by man. 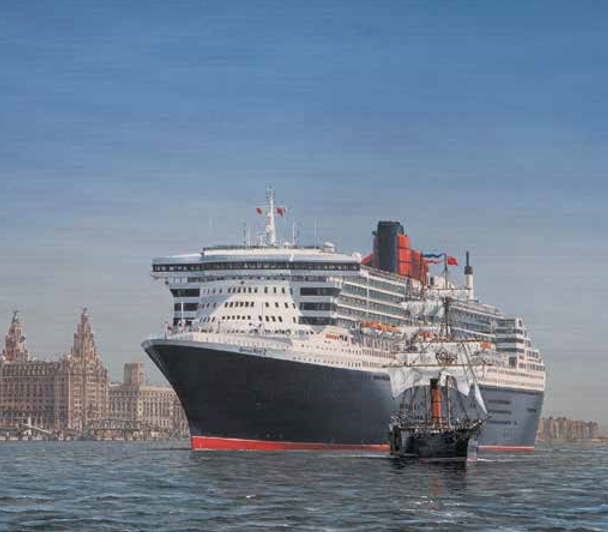 Indeed a transatlantic crossing is at the beating heart of Cunard’s lingering gravitas.

Cunard’s fame derived from esteem far beyond the world of shipping. At crucial points in the fortunes of  Britain and at pivotal points in history, Cunard was there. To a degree it was also  significant in the development of the United States, not just by creating the first reliable link between the Old World and the New, but also by supplying that embryonic country with 2.5 million emigrants – the stokers that fuelled the American economy.

By the time Sir Samuel Cunard died in 1878, the line had commissioned more than 50 ships.

In 1903 the British government signed a 20-year agreement with Cunard to protect British interests on the Atlantic. This led to the construction of a trio of fast, four-funnelled liners that ushered Cunard into an era of ‘floating palaces’. Mauretania entered service in 1907 and held the Blue Riband trophy for the fastest crossing for 22 years. Her sister, Lusitania, was launched the following year and was kept in transatlantic passenger service during World War I with tragic consequences. The third ship, Aquitania – considerably larger – was launched in 1913 and became known as ‘the ship beautiful’. 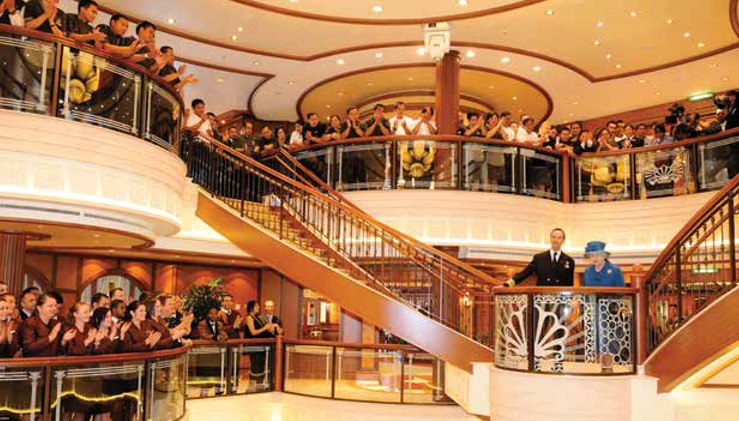 fleet, as part of war reparations -were successful and lucrative for Cunard. The highlight was the inauguration of the first-ever world cruise on Laconia in 1922.

Launched in 1934, the Queen Mary would symbolise the emergence of Britain out of the Great Depression. When this celebrated leviathan was  joined by the equally.

Impressive Queen Elizabeth,  the real Golden Age of transatlantic travel began.  The biggest and fastest ships on the Atlantic reigned supreme, while the inimitable Caronia redefined indulgent cruising; during the 40s and 50s ‘Going Cunard’ became an essential part of life for the travelling elite.

“Getting there is half the fun!” proclaimed the Cunard brochures, but for many travellers the era of flight was in the ascendancy. In a bold move worthy of Sir Samuel himself, the Cunard board signed a contract with the John Brown s 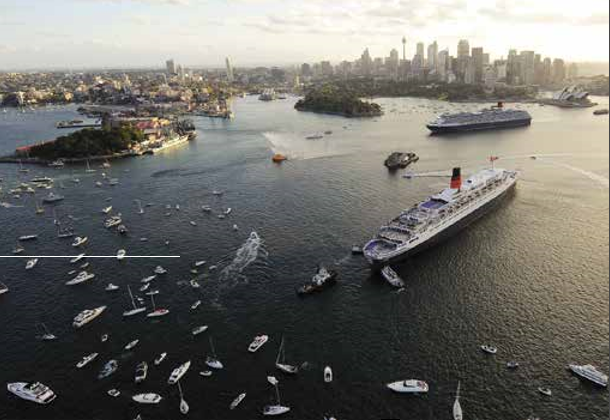 hipyard in 1964 to build a liner fit for a new generation of transatlantic travellers. Queen Elizabeth 2 was not only a liner capable of crossing the often tempestuous North Atlantic; she could navigate both the Panama and Suez canals. The most famous ship in the world defied the sceptics and enjoyed a headline-grabbing career that spanned 39 years. It was generally thought at the time that QE2 would be the last ever transatlantic liner. In 1998 the mighty Carnival Corporation purchased Cunard and to the surprise of many, one of the first things it announced was the construction of a new liner capable of crossing the North Atlantic in majestic style. When Queen Mary 2 entered service in 2004 she was the largest, longest, tallest, widest and most expensive liner ever built.

For 175 years the Cunard aesthetic has been a monolithic and defining force in ocean travel. Since the introduction of Britannia in 1840 no fewer than 248 ships have flown the Cunard flag. From a historical perspective this is unsurpassed; by any yardstick such an achievement is profound. The Cunard lion roars supreme.