Fred. Olsen Cruise Lines’ fleet of four ships – Balmoral, Braemar, Boudicca and Black Watch – will all unite for the first time in Bergen, Norway next month.

Known as the ‘4Bs in Bergen’ event the ships are expected to carry nearly 4,000 passengers to the city on the day of the event. All four ships are due to arrive at the Port of Bergen at approximately 8am on 28 July 2015, and are scheduled to depart at 6pm.

Balmoral will be sailing on an eight-night Glaciers, Fjords & Waterfalls of Norway itinerary which will depart Southampton on 25 July. The ship will arrive at the Bontelabo Terminal having sailed from Stavanger.

Braemar will be sailing a 14-night Falls, Fjords & Faroe Islands voyage which will depart Dover on 18 July. The ship will arrive at the Festningskaien Terminal having sailed from Akureyri, Iceland.

Boudicca will be sailing a seven-night Glaciers, Fjords & Waterfalls of Norway cruise which will depart Newcastle on 26 July. The ship will arrive at the Skolten North Terminal as the first call on its itinerary.

Lastly, Black Watch will be sailing on a nine-night Cruising the Fjordland itinerary which will depart Liverpool on 23 July. The ship will arrive at the Skolten South Terminal having sailed from Flåm. 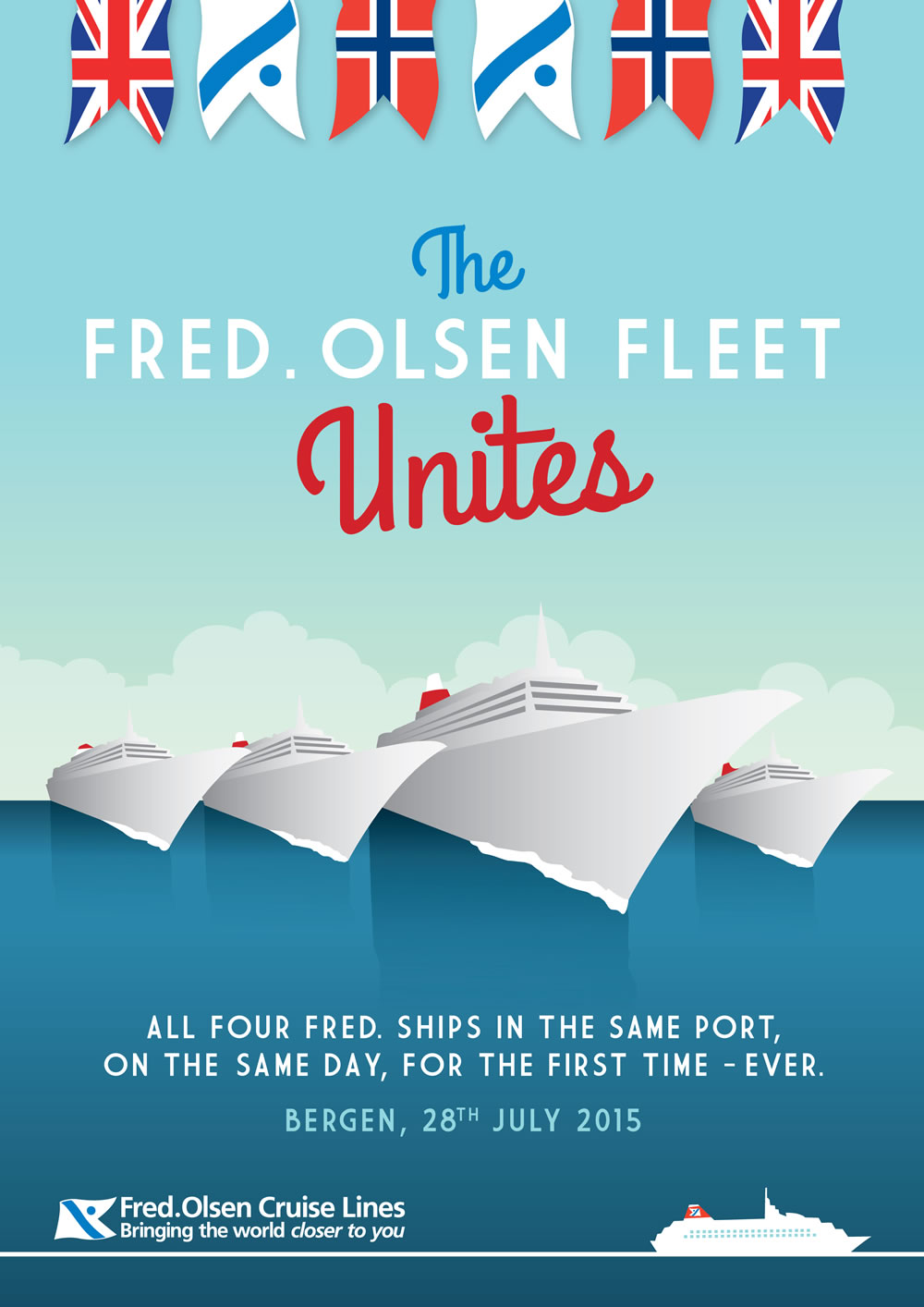 Mike Rodwell, Managing Director of Fred. Olsen Cruise Lines, said:  “This is a very special occasion for Fred. Olsen Cruise Lines, and we know that the city of Bergen is looking forward to welcoming our fleet on this unique day this Summer.  We are committed to the city of Bergen on our Norwegian cruise itineraries, and we have been calling at the Port every year since 1997. In fact, the number of days that Fred. Olsen ships have spent in Bergen from 2006 to 2015 is 176 in total, and we know that the city is a highlight to many of our guests on cruises to our historic homeland.”

Festivities planned for the day include Norwegian-themed marching bands, drummers and singers on the quayside, on-board entertainment and the chance to visit all four ships as they are berthed along the quayside.

An inter-ship treasure hunt is also planned where teams will compete against each other to complete a course around the city of Bergen in the fastest time to win a £200 gift voucher for a future Fred. Olsen cruise