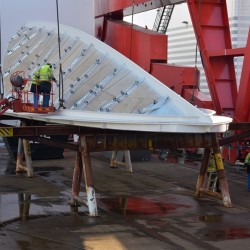 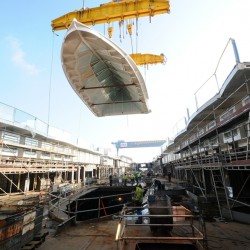 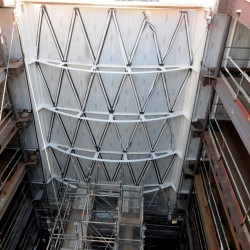 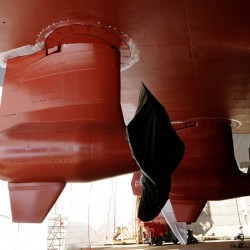 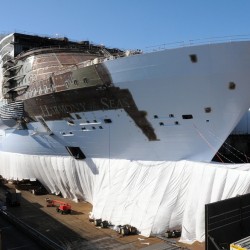 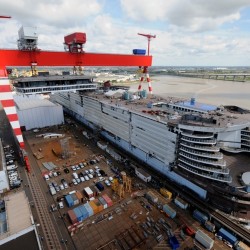 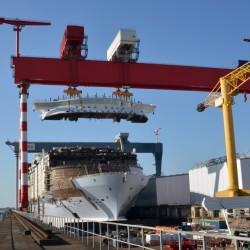 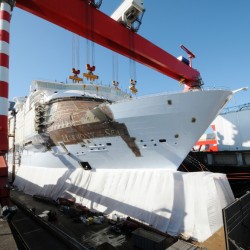 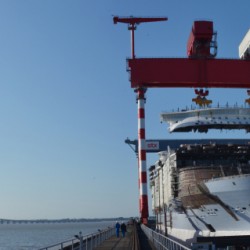 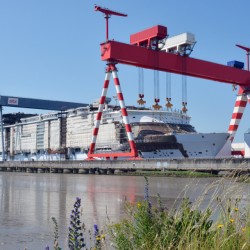 Royal Caribbean has released a new batch of photographs showing the current build progress of their latest Oasis-class ship, Harmony of the Seas.

The third-Oasis class ship to be ordered by Royal Caribbean, Harmony of the Seas will incorporate some of the features introduced in the Quantum-class of ships including the Makr Shakr Bionic Bar, Virtual Balconies,  and the Dynamic Dining concept. The ship, which will take the crown of the world’s largest passenger cruise ship next year from Oasis of the Seas and Allure of the Seas, will also offer a selection of new features including a new new climbing play area for children and a trio of water slides, a first for the cruise line.

Significant progress in construction has been made since World of Cruising editor John Honeywell visited the STX shipyard in St Nazaire, France, in April. The photos below cover progress from February, May and June 2015.