Sailing the Snake and Columbia Rivers on American Song, Dave Monk hears colourful tales of the prospectors, pioneers and cowboys who made the USA

They don’t call them rapids for nothing, especially when you’re skimming over them in a jet boat. Bursts of spray drench my face as I cling on at the back of the craft, its three 450-horsepower engines churning through the swirling waters of the Snake River.

We are following the route of pioneers, traders, hunters and native American tribes across the northwestern USA – but at a speed, our predecessors can only have imagined. This pre-cruise excursion isn’t all white-knuckle manoeuvres, however, and from time to time we slow down to observe an eagle, a herd of mountain goats or one of the region’s astonishing natural landmarks.

A day later we’re back on the Snake, though this time in the far more comfortable surroundings of American Song, the first of five modern riverboats being launched by American Cruise Lines. This will be our home as we sail from Richland, Washington State, to Portland, Oregon, along the Snake and Columbia Rivers.

We’re following the trail of intrepid explorers Meriwether Lewis and William Clark, who mapped the newly expanded United States in the early 19th century. Their incredible journey of nearly two-and-a-half years is vividly brought to life for us by on-board lecturer and historian Todd Weber, who uses wit, knowledge and his own collection of replica artefacts to entertain the ship’s 184 passengers.

As the only two Britons on this particular cruise, my wife Mandy and I are definitely in the minority – but we are treated like visiting celebrities by the mainly older Americans on board, many of whom are loyal repeat customers.

We’d preceded our cruise with a few days’ holiday in Seattle before flying to Lewiston, Idaho. Usually this 11-day itinerary begins from nearby Clarkston (a glance at the map tells you how highly regarded these pioneers are) but on this occasion there is a little local difficulty with a dam, which means we are bussed to the first stop, at Richland, to join the ship.

As soon as you arrive on the Snake River, you start to feel as if you’re in the Wild West, sailing past scrubland and towering brown cliffs with the odd building dotted along the top.

On an excursion to the small city of Pendleton, we take a 90-minute underground tour through cellars where prospectors would gamble their money and meet pretty women at a price. The pavement outside has a ring to tether a horse, and there are re-creations of the buttons that the good-time girls used to throw down to get the miners’ attention.

There may no longer be swinging saloon doors at the entrance to the town’s Hamley Steakhouse, but the restaurant is still so authentically decorated that you half expect a cowboy to barge in and start firing six-shooters into the tin ceiling.

That era is presented from a completely different point of view at the nearby Tamastslikt museum of native American history. Here we learn about the subjugation and elimination of many of the people who originally inhabited the land, as the influence of the US spread inexorably west.

This story is reinforced back on board that evening by performances from three members of Nimiipuu tribe, who use songs, music and words to convey their pride in the past and to recount the horrors that were visited on their ancestors, as well as to paint a picture of the way they live now.

Also in Pendleton we enjoy a tour of the famous local woollen mill. Here, blankets adorned with the vibrantly coloured geometric designs beloved by native Americans have been made since the early 20th century.

There is so much to do on this cruise, and everywhere American Song stops, there is the opportunity to join a complimentary excursion or a shuttle into the nearest town. Visiting curiously named The Dalles – another pint-sized city – we take a short coach ride to the Cascade Cliffs Winery, which grows Italian grapes in the sheltered land between the river and the mountains.

Over subsequent days there is also an excursion to view the impressive Multnomah Falls, and a spectacular train ride to view the summit of Mount Hood before we sail on to Portland, our final calling point.

In Astoria, there’s a chance to visit Fort Clatsop, where Lewis and Clark spent the winter of 1805, and Camp Disappointment, where they tried (and failed) to prove that the USA’s recent land deal with the French should include this region as well as Louisiana. Finally, in Kalama, Washington, guests could take a 90-minute scenic ride to the Mount St Helens observatory and view the volcano that exploded with such devastating results in 1980.

Taking a trip on American Song is quite different from a European river cruise. For a start, it’s very American, and everyone is encouraged to wear lanyards with their name on both sides, sandwiching their keycard. That makes recognition and discussion very easy, especially when people spot that we’re from the ‘old country’ – as if our accents hadn’t already given us away.

The ship has a four-storey atrium, three main lounges, two self-service launderettes and a putting green. There is also a small gym, though no spa.
Main meals are served in the dining room, with no set seating, but guests are asked to choose their lunch and dinner options in the morning, to make life easier for the kitchen and to cut down on food waste. 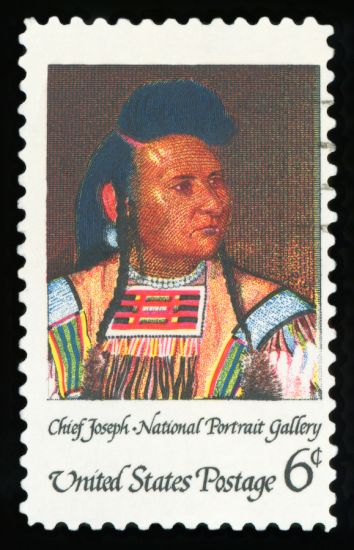 The chefs aim to use local food, sourced onshore in Oregon and Washington. It’s all delicious and comes in the expected huge portions – although, this being America, dinner is served between 5.30 and 7.30pm.

One morning we have a ‘bagels and locks’ meeting – playing on the American word ‘lox’, for brined salmon – as Todd Weber narrates us through some of the eight dams we encounter on the route.

American Song – which celebrates its first anniversary while we’re on board – has a sister ship, American Harmony, which made its debut on the Mississippi last August. Two more sisters – American Jazz and American Melody – are to be launched this year.

As we sail between colourful sunrises and sunsets, through giant locks and alongside snaking freight trains, blaring their horns into the distance, we are left with a new sense of wonder at the Wild West and the pioneers who made it their home. But of course, this admiration is mixed with sorrow and respect for the native tribes forced off their land.

This was once the final frontier. On American Song, you still get a taste of adventure and exploration, while enjoying all the comforts of a very 21st-century form of travel.

The Best of American Song

Best drinks package
Not available, but most drinks are included

8-night ‘Columbia and Snake Rivers’ cruise aboard American Song, from Clarkston to Portland, departing 2 November 2020, from £5,270 including return flights from Heathrow, a one-night pre-cruise hotel stay, gratuities and some shore excursions (the jet boat excursion costs an extra £140), fredrivercruises.co.uk/american-cruise-lines