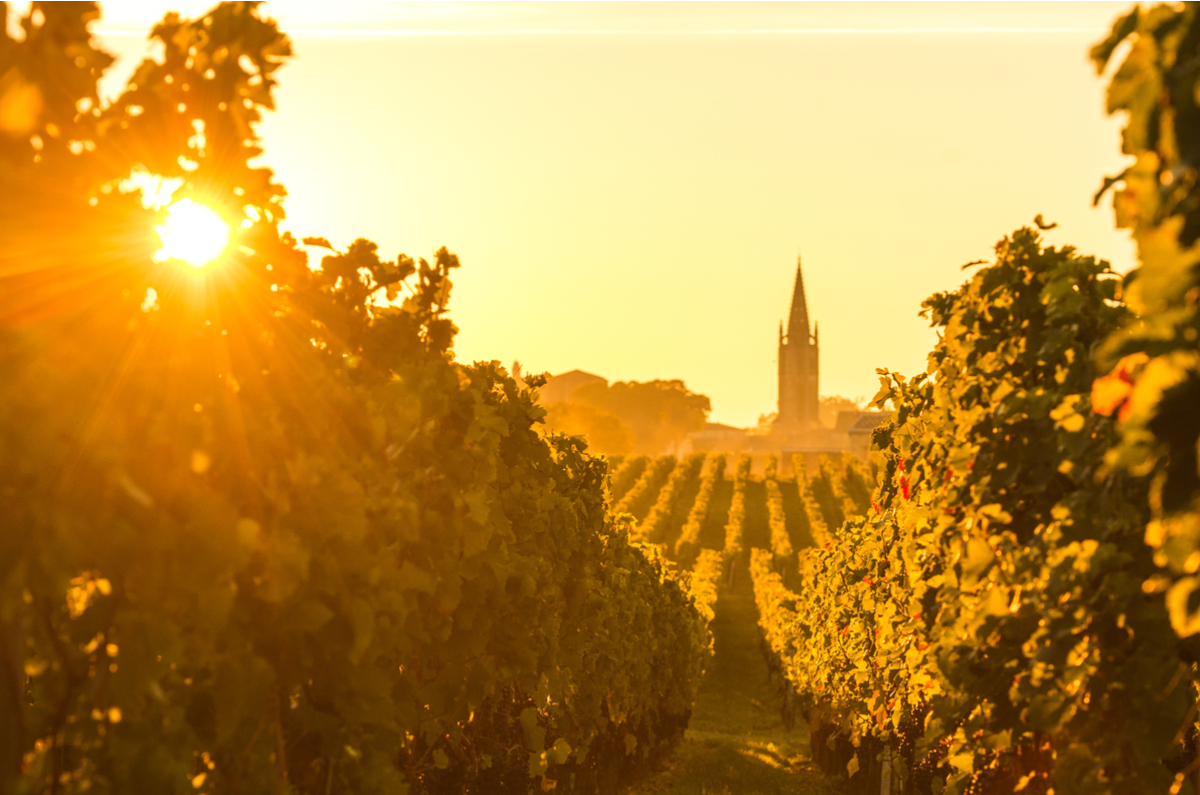 Professor Ian Cooper, international business author and travel writer, experiences a Viking river cruise through the vineyards of France from Bordeaux. I have just spent a week sniffing, spitting, swirling, sipping and sampling some of the world’s great wines – and all from the comfort of a luxury river cruise ship in France. Have you ever

I have just spent a week sniffing, spitting, swirling, sipping and sampling some of the world’s great wines – and all from the comfort of a luxury river cruise ship in France.

Have you ever wondered what this apparently sophisticated ‘wine ritual’ is all about? Well, whether you aspire to be a wine guru or just someone who enjoys a glass (or two) of wine with a meal, every question you have ever wanted to ask about wine – and a lot that you have never even thought about – is answered on this special wine-focused trip.

You don’t have to know much about the world of wine to know that the Bordeaux region of France boasts some of the finest vineyards in the world. It proved a great place for my wife and I to begin this special eight-day Viking river cruise.

Our French adventure began with an hour-and-a-half flight from London to Bordeaux and a seamless private transfer to the Viking Forseti. Sitting proudly on the Garonne river, the Forseti is one of several Viking Longship clones the company has designed and built in recent years.

Our cabin on the middle deck gave us a hugely sumptuous double bed, a compact bathroom with a great shower, excellent air conditioning, good storage space, a safe big enough for a laptop computer, a fridge, a large wall-mounted TV and a French balcony.

Not surprisingly, it didn’t take us long to settle in and after an initial briefing by our very efficient, smart and enthusiastic programme director, followed by a delicious dinner (with, of course, wine included), our exploration began with a walking tour of Bordeaux by night.

Bordeaux is the capital of the Aquitaine province of France, and its claim to fame is that it is the largest urban UNESCO World Heritage Site on earth. Our atmospheric walk included a stroll by the quayside, which was lined with elegant townhouses, and past Place de la Bourse. This beautiful square boasts the world’s largest reflecting pool, which at the right time of day will magically mirror the impressive stately buildings and fountains. A busy day, then, and a great start to the cruise.

As Bordeaux was our base for much of the time, we were lucky enough to get to see something of this ambitious and modern city. Included in our itinerary was the Cité du Vin, Bordeaux’s world-beating museum of wine. It’s described as ‘immersive, sensory and interactive’ – and it certainly lived up to this description.

The 10 levels of this strange, foot-shaped structure, which is (I think) supposed to represent a swirling glass, dominate the city skyline. We spent a morning trying to work out which buttons to press on the high-tech gizmos and watching Disneyesque screen presentations, learning about every aspect of wine. Of course, our trip culminated with a wine tasting on the top floor, with a spectacular view of the city.

Back on the ship, our cruising began. Our first stop was Chateau Lamothe-Guignard, where Sauternes wines are produced. What made this visit so fascinating was the fact that this vineyard obtained organic status in 2008 and without the use of any chemicals or pesticides they produce a variety of superb sweet dessert wines (as we discovered by tasting several of them).

Of course, what this region of France is really known for is its full-bodied red wines and our tour later in the week to St Emilion, a picture-postcard, medieval, fortified and walled town with an upper and lower part, gave us the chance to really experience just how important wine is to the region.

Known for its Grand Cru wine, St Emilion boasts over 800 wine producers; in total over 2.4 million cases of wine are made here every year. We strolled around the steep narrow streets and the picturesque squares debating which of the dozens of wine shops to try. The ones with price lists outside, showing bottles at 12,000 euros each, did a great job of keeping us away but we did make one good purchase – a wine-bottle-shaped fridge magnet for 3 euros!

Meanwhile, back on the ship, with open seating and informal dining, you could sit anywhere for any meal. This meant you could stick to the people you were travelling with, or use the meal as an opportunity to meet interesting new people. Amongst others, we met and dined with a North Carolina minister, a New York property attorney, a doctor, a retired fireman and a senior Disney Magic Kingdom engineer. It all made for fascinating and lively dinner conversation. All the US folk, wanted us to explain Brexit to them. Wine was an easier topic…

One of the key things I always look out for when wearing my travel writer hat is the customer service. As always, on Viking it was flawless. The staff were consistently willing to put themselves out to accommodate any reasonable requirements and it didn’t take them long to remember guest names and personal preferences.

So apart from experiencing Bordeaux, what else was on our itinerary? There were several places of interest:

A gentle walking tour of Cadillac. Founded in 1280, this pretty little fortified town is home to a grand chateau, built by the first duke of Epernon. It’s a wonderful example of early French architecture. Interestingly, it was also the site of a women’s prison for 130 years.

Here we took a leisurely stroll through Libourne, stopping at its picturesque main market square and outside its famous post office, where all the letters sent to Father Christmas by French children actually end up. Père Noël’s secretaries, all 60 plus of them, work tirelessly in the post office in Libourne. Dealing with over 1.7 million letters and 200,000 parcels, they definitely deserve a break and a bottle or two of wine after the Christmas rush.

Another curious fact about Libourne is that this regularly has a ‘masquerain’, a tidal bore, where the flow of the river meets up with a tidal wave. This unusual phenomenon creates powerful ripples that can be surfed on; there are only three places in the world where this happens. Not surprisingly, this brought out the ‘paparazzi’ in many guests as they determinedly clicked away to capture the best pictures.

This is a small town with a big history. Blaye boasts an extraordinary 17th-century citadel, dramatically set on a rock beside the river. The citadel forms part of a military complex, designed to protect Blaye; since 2008 it has been listed as a UNESCO World Heritage Site. Our guided tour included an exploration of its ramparts, taking in breathtaking views over the estuary.

From Blaye we also enjoyed a wine country tour aboard one of the many Viking-branded modern coaches, all with onboard toilets. This tour took us on a picturesque journey through the rolling vineyards, featuring stops outside various notable wine-producing Chateaux, including the legendary Chateau Mouton Rothschild. Inside, one of them, Chateau Giscours, we toured the vineyard, heard how the wine was made and of course had yet another tasting.

By then it was time to eat, so, for a memorable evening out, on we went to Chateau Kirwen, where we had dinner, specially prepared for us by the Viking Forseti chef and served by our now familiar staff. Here we were given three of the Chateau’s own wines to try, appropriate to each dish on the menu.

Many travel writers describe Bourg as a ‘hidden gem’ on the right bank of the Dordogne. Here we had the chance to sample the local delicacy of figs dipped in wine and marzipan.

As we, rather sleepily, came to the end of our French wine experience, yet again it struck me what a civilized way to travel river cruising is. I have been fortunate over the years to sample a variety of vacation experiences but gently sailing down a river, watching the scenery glide by, could become seriously addictive.

As for this particular itinerary… well, if you love wine, good food, interesting company and travel, this short Chateaux, Rivers & Wine cruise is well worth checking out.

Included in your river cruise:

Optional trips with additional charge: hunt for truffles in Perigord, then taste them in a home-cooked meal. Create your own personal blend of Cognac at the Camus distillery. Savour France’s finest oysters fresh from the bay at Arcachon.