A cruise can undoubtedly make for the perfect family holiday. Cruise lines today go above and beyond to ensure that the kids have fun with a host of fun-fuelled activities, on-board facilities and entertainment for all ages.

MSC Cruises has always been high on our list when it comes to which are the best family cruise lines at sea with a comprehensive entertainment schedule across its entire fleet, from dedicated kids spaces and clubs and exhilarating aqua parks to high-tech virtual games arcade. Each year, the company welcomes more than 350,000 children onboard its cruise ships to partake in the fun to be had and none are left disappointed. 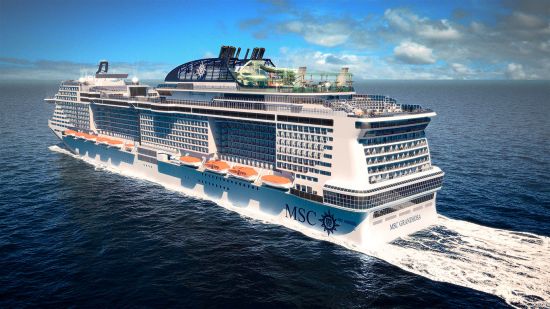 It is entirely fitting, then, that with the debut launch of MSC Grandiosa, the company’s new flagship arriving in November, MSC Cruises has announced that it will expanding its family cruise offering further with the launch of three new kids activities, including MSC Dance Crew, The Drone Academy and Spy Mission, plus a new web series targeted at teenagers. What’s more, the cruise line will be rolling out its popular Masterchef at Sea Junior competition across its fleet this year.

Developed in partnership with Fremantle (the global production company responsible for award-winning TV show The X Factor and Got Talent series), MSC Dance Crew is a new competition experience whereby teams of 12 to 17-year olds will battle it out to win the title of ‘dance crew of the year’.

MSC Cruises is also working in collaboration with London-based immersive agency, The Department, who specialise in creating theatrical and technology-driven productions, to introduce The Drone Academy. Taking place in MSC Grandiosa’s Sportsplex venue, this high-tech and high-energy drone relay race comes to life at night thanks to fluo effects and glowing drones. Adrenaline-fuelled teens are trained on drone piloting skills before competing in teams to race through the 390m2 arena navigating 15 obstacles in the quickest time possible.

Finally, MSC Cruises’ new Spy Mission will see young audiences play a central role in the company’s first immersive, roaming spy experience. Blurring the lines between reality and fiction, guests will be led through a number of different scenes, taking place throughout the ship to unravel unique storylines, follow clues and solve the mystery to win a host of MSC Cruises prizes. 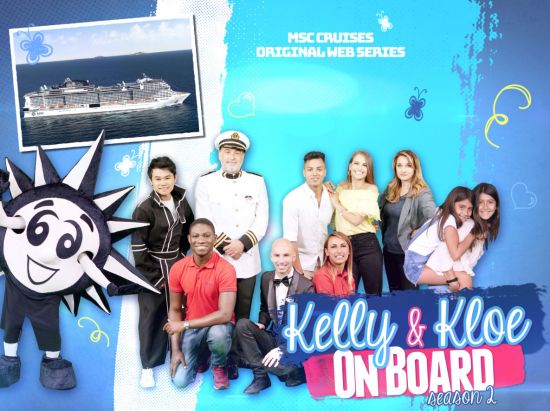 Scheduled to launch in early 2020, the seven-episode series follows teenager Markus as he embarks on his first ever cruise. However, his holiday doesn’t quite go to plan and turns into an unexpected adventure.

The series features some of the world’s most loved talents, including Luciano Spinelli, Max & Harvey, Matteo Markus Bok, Valerio Mazzei, Rosalba and for the first time as comedians, kids from UNICEF Ambassador group, Kids United. 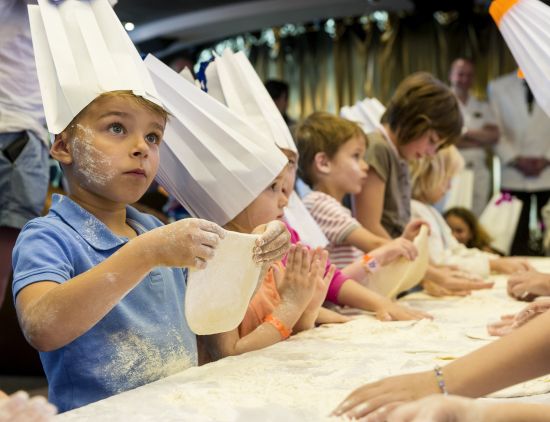 Does your kid fancy himself as a mini Michel Roux Jnr or herself as a mini Clare Smyth? Throughout 2019, MasterChef at Sea Juniors, which launched last October on MSC Seaview and has proven to be a real hit among the younger generation, is rolling out across the company’s entire fleet, meaning that kids on board any ship will be able to take part in the interactive two-stage cooking competition.

This activity is developed to help inspire a new generation of children to take an interest in cooking, develop and practice new skills and techniques, and encourage healthy eating through recipes devised by Rukmini Iyer, a MasterChef contestant from 2013 and author of two best-selling cookbooks.