How does that song go?

It’s a cracking tune but personally I don’t care for the game.

I’ve followed the odd England match but that’s about as far as my passion goes.

So when I heard that my trip aboard Cruise and Maritime Voyages’ Columbus was a cricket-themed mini cruise, you could say I was bowled a bit of a googly.

But we travel writers quickly learn to go with the flow, and I vowed to turn up to every onboard event I could.

Maybe I’d even learn to love this strange sport of leather, willow and lengthy meal breaks.

CMV had certainly picked a strong team of celebrity guests, including former England stars Mike Gatting, Devon Malcolm and John Lever, plus county stalwarts Alan Wells, Ray East and Graham Napier – all presided over by genial Nick Hancock, former host of TV gameshows Never Mind the Buzzcocks and They Think It’s All Over.

There were talks, giveaways, meet-and-greets and game shows to keep the cricket-loving passengers happy.

And rather against all odds, I found myself thoroughly enjoying it.

Hancock proved an exceptional host and the cricketers themselves were eloquent and happy to talk about anything (including the infamous rebel tour of apartheid South Africa in 1989-90).

There were plenty of laughs, too (Gatting was revealed to have run up the largest bar bill, while giant fast bowler Malcolm had spent a mere £70).

The cricket fans I spoke to were absolutely thrilled with it all, and the experience certainly left me convinced by the merits of a themed cruise (something of a CMV speciality, with film, TV, sport and music voyages all on the books).

But enough about cricket; what about the rest of the cruise?

We were sailing from London Tilbury to Amsterdam, Hamburg and Antwerp in just five nights, so there was plenty to pack in.
Sailing under the CMV flag since 2017, Columbus herself proved a delightful travelling companion.

Built in 1987, she was treated to an extensive facelift by her new owner, and there is a timeless style to her large atrium and spacious public areas (passenger capacity is a mere 1,400, and I never once struggled for a spot to sit – a rarity in modern cruising). 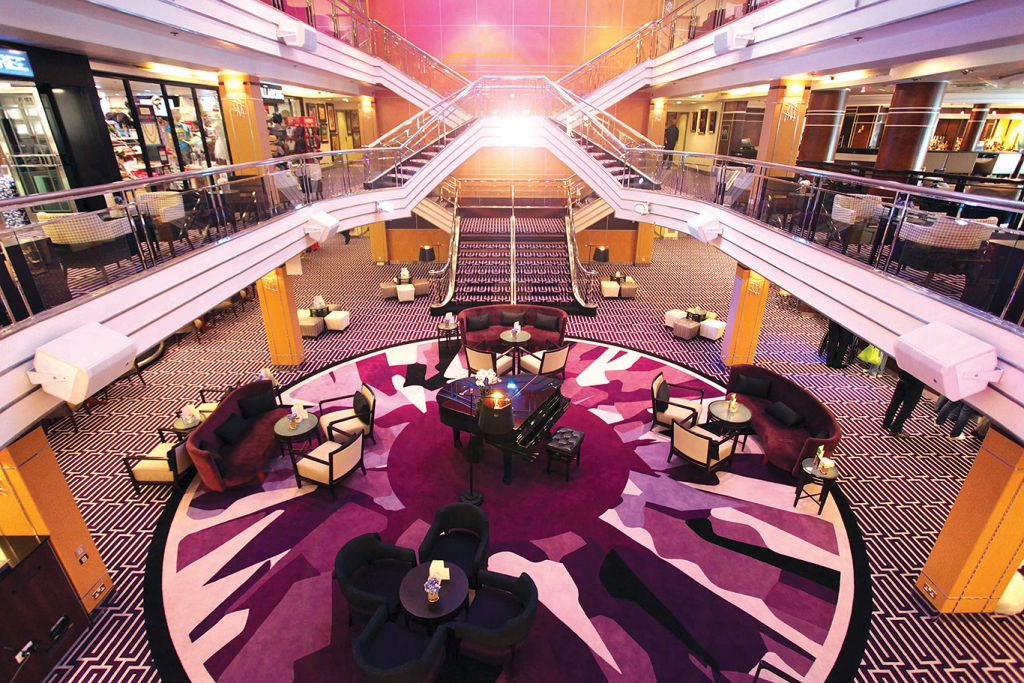 There’s also a good selection of bars and lounges to grab a drink in, from the old-fashioned English pub Taverners to the top-deck Observation Lounge, where you can shake a tailfeather to 60s and 70s classics at the evening disco.

But my personal favourite proved to be Raffles, a small bar in the atrium where the staff had an almost telepathic ability to bring round a tray of nibbles just as the hunger pangs struck.

Speaking of which, Columbus offers sustenance at seemingly every hour of the day.

The main dining room serves up to five courses for the ravenously hungry, and the quality seemed to be strong throughout, with an emphasis on traditional British favourites that everyone will enjoy.

There are two speciality restaurants on board, where you can dine for a very reasonable price (just £14.90 for a three-course meal excluding drinks).

You can choose from Fusion (which does a mean rogan josh, let me tell you) or The Grill, a traditional steakhouse.

The picture wasn’t quite as happy at the top-floor buffet, where the choice was a little limited and the self-service tended to be rather a free-for-all.

Having said that, the Halloween buffet (we were at sea on 31 October) in the atrium offered plenty to get your teeth into. Or fangs. 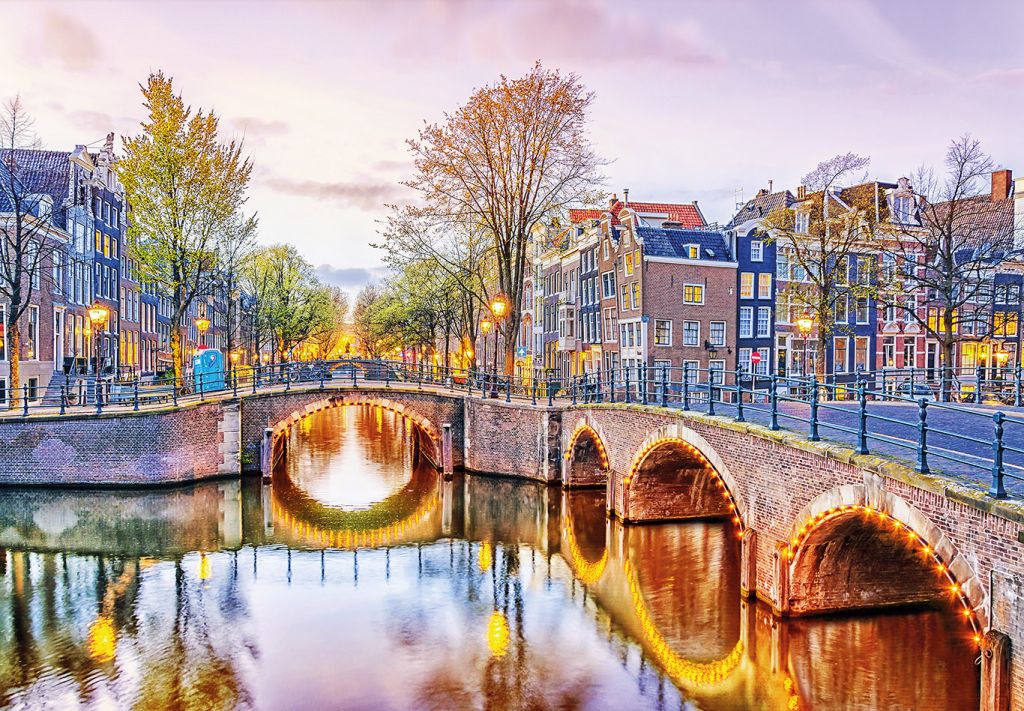 Destination-wise, Amsterdam was first up, and this cosmopolitan city of canals, cafes and cycling loses none of its effervescent charm, whether it’s your first visit or your 14th.

We took a canal tour to start the day – touristy, admittedly, but a great way to get acquainted with the place – before strolling through the up-and-coming district of De Pijp (think Shoreditch but Dutch), with its trendy bars and the longest street market in Holland.

You could quite easily spend an afternoon here just gazing at the various traders’ wares but, let’s face it, if you visit Amsterdam, you may want to partake in some window shopping of a different kind, if only to see what the fuss is all about.

The famous red light district is more of a tourist attraction than anything else these days, but it still holds the power to shock, should you stumble upon it by accident.

We sailed overnight, and the following morning found us in Hamburg.

Forever in the shadow of Berlin and Munich, it’s surely time that Germany’s second largest city got its chance to shine.

That was the thinking behind the Elbphilharmonie – a colossal, ultra-modern concert hall, standing out on the edge of the Elbe River like a cultural beacon to incoming cruise passengers.

It’s the kind of building that you simply must see, even if you’re not planning to stay for a performance.

In fact the whole of HafenCity, where the Elbphilharmonie can be found, is a great place to explore.

Its redbrick warehouses (listed as a UNESCO World Heritage Site) are a delight, and it’s also the home of Burg, a coffee museum where they serve the best cup of Joe in town (black as a moonless night and just as it should be).

Hamburg has its own Street of Shame, the Reeperbahn, though this neon-lit enclave is now best known as the place where the Beatles learned their trade in the early 1960s. 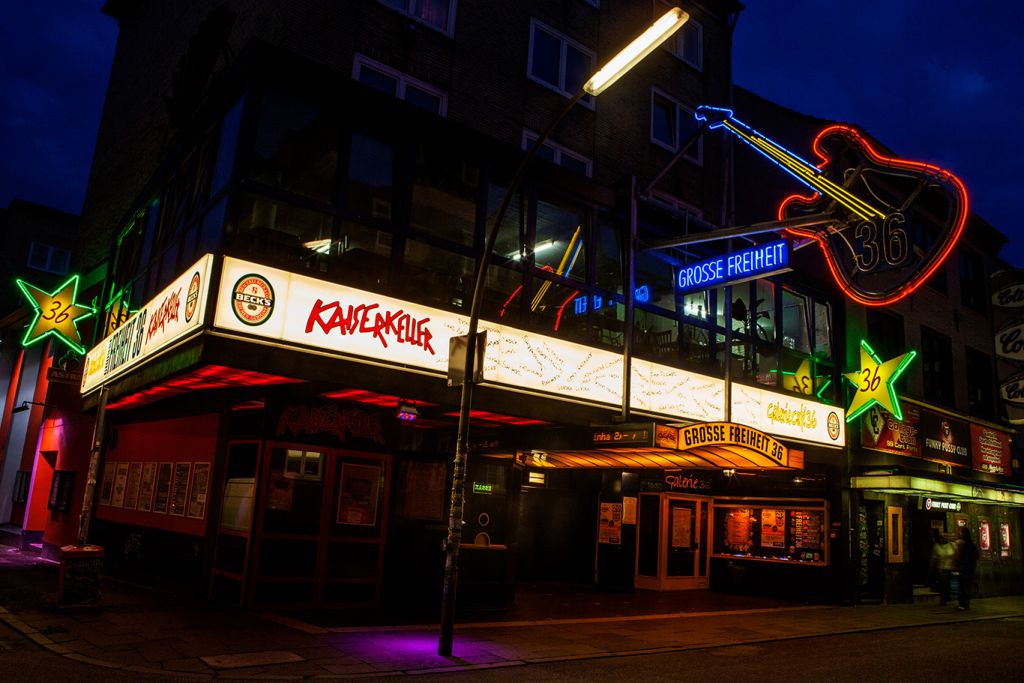 We were there to meet a wonderful lady called Stefanie Hempel, who tours the Reeperbahn eight days a week, telling the story of when the Mersey moptops came to Hamburg.

She arrives armed with her trusty ukulele (George Harrison’s favourite instrument), ready to sing her way through music history.

It’s completely great and I can’t recommend Ms Hempel highly enough, whether you’re a fan of the Fab Four or not.

That night, rough weather tested everyone’s sea legs en route to Antwerp (dear reader, I struggled) and we arrived at Belgium’s ‘capital of cool’ under grey and rain-soaked skies.

Not to be deterred, we met our guide and headed out to explore this charming city – a mix of Bruges and Brussels, and home to all the major fashion brands (there are also diamonds galore, and Belgian lace can also be bought in bulk. If you must).

Our whistle-stop tour took in all of Antwerp’s highlights, including the stunning Cathedral of our Lady (home to work by Rubens); the decorative City Hall and the Brabo Fountain (which depicts a man hurling a giant’s severed hand into the sea – the reason why you’ll find hands in various forms all over the city). 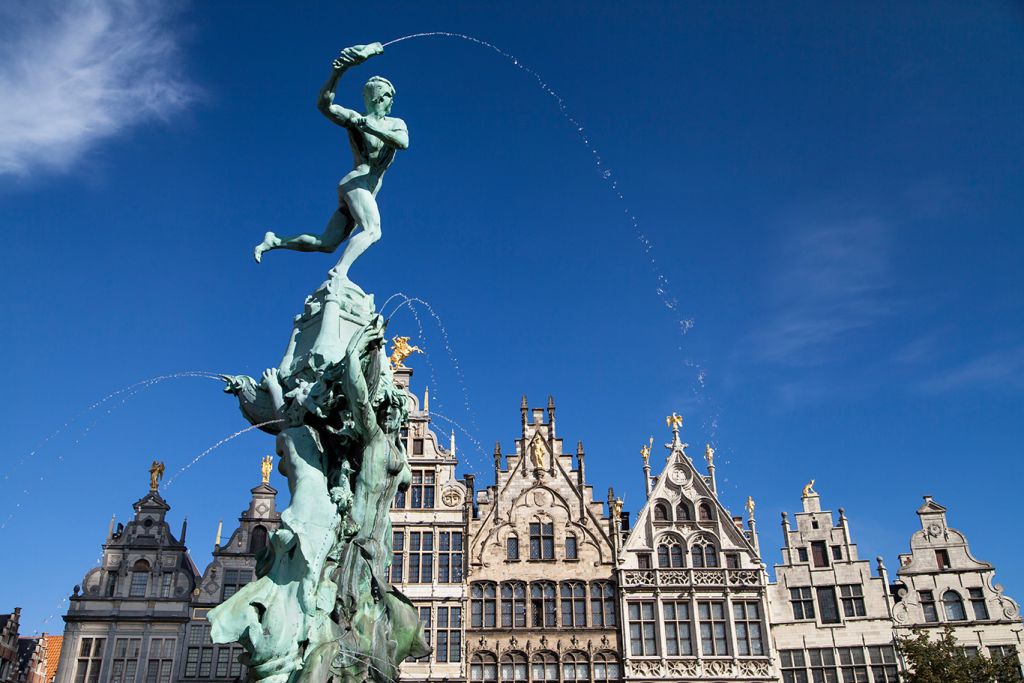 But you can keep your diamonds, chocolates and fancy hand-related fables, the way to my heart is through an ice-cold beer – and that’s something the Belgians know all about, as I found out when we visited Antwerp’s famous De Koninck brewery.

Here we were treated to a tour of the building – with samples along the way, of course – and it was fun to gain a deeper insight into the world of beer.

But the true highlight came when the head brewer took us down to his personal cellar – a glorified man cave where the lights are low, the beer is on tap and Barry White plays in the background to help with the fermentation process.

This is where the experimental beers are brewed, and our host kindly poured out taster glasses of stout that had been matured in an old whisky barrel.

I got flavours of burnt chocolate with a delicate aftertaste of scotch – delicious. I could have stayed there all day, chatting to my fellow passengers and supping my pint.

But I could say the same of many aspects of this trip.

Here is a ship of graceful style and impeccable service, where time seems to stand still as you take in a show, enjoy a cocktail or listen to cricketers’ tales of matches long ago.