There’s something about cruising that brings out a romantic side in even the most hardened souls, and by the time I stepped aboard Titan Travel’s MS Serenade, half- way through its mosey down the Danube, love was most definitely in the air.

It didn’t take me long to catch up with the gossip. After all, cruise ships are natural havens of the whispered word, and river boats are no different. In fact, their small size means rumours spread faster.

From what I could gather, one particular duo had become the talk of the ship with their flirty antics on the dance floor. Better still, one of them was part of the group I was joining. What luck!

Armed with this knowledge I sped downstairs to Serenade’s dining room, quicker than you could say ‘Did you hear about so-and-so?’.

I was all set to pump my neighbours for more info when one of Titan’s delightful crew placed a fabulous-looking starter under my nose, and all of a sudden gossip didn’t seem quite so important.

Food is a serious business with Titan Travel, and even in the fiercely competitive world of river cruise cuisine they manage to stand out from the crowd. 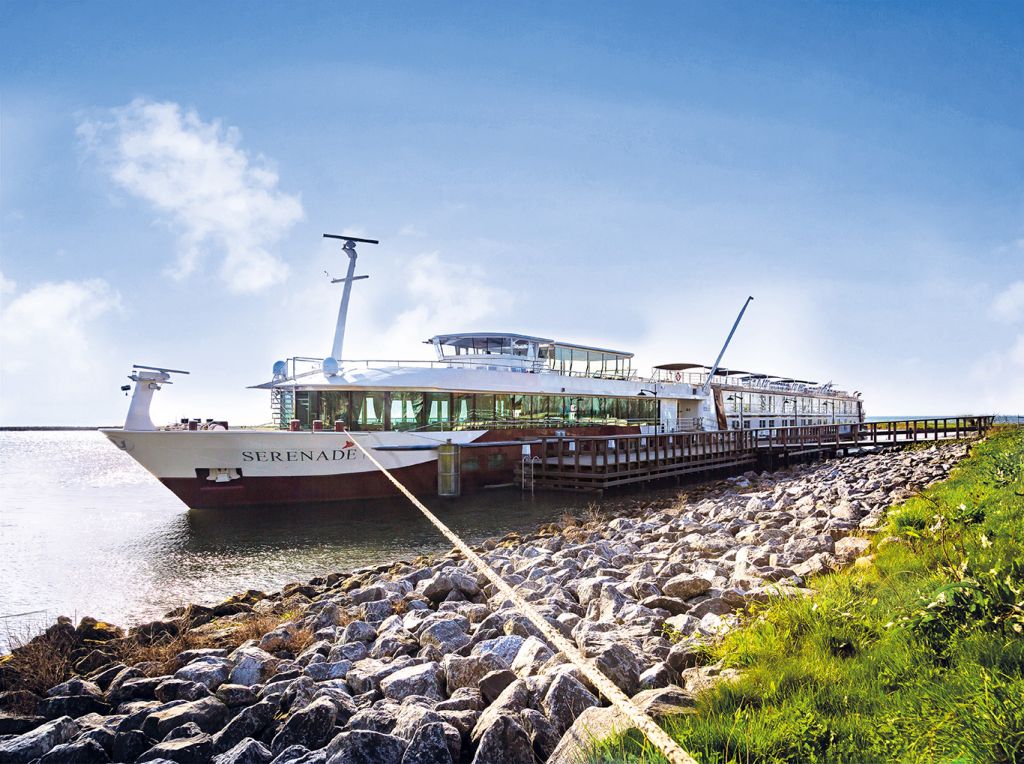 On each of the three nights I spent on board, dinner was the full four courses, and every one of them was utterly delicious.

By the time I joined the ship at Linz, my fellow passengers had already visited Durnstein and Melk, twin towns of Austria’s famously picture-postcard Wachau Valley, and seen the grand imperial sights of Vienna.

But even though I’d missed a few highlights, it wasn’t long before the appeal of a Danube river cruise began to dawn.

Sitting in my spacious cabin – comfortable, well-kept and cleverly laid out to maximise space – I glanced though the window just as the setting sun bathed the water in golden light.

Of course, a river cruise is only as good as the destinations lining the bank, but here again the Danube doesn’t disappoint.

Next morning, after a delicious omelette and coffee, I joined my group for a stroll round Passau, the ‘City of Three Rivers’in Lower Bavaria.

It’s here that the tributaries Inn and Ilz join the mighty Danube, and you can actually see the point where the waters meet because each is a different colour – the Inn light green, the Ilz dark blue and the Danube brown (despite what Johann Strauss would have us believe).

Aside from its rivers, Passau is a great place to explore. In the centre of the Old Town you’ll find St Stephen’s Cathedral, a stunning Baroque church built in 1688, which houses Europe’s largest pipe organ (you can hear the mighty instrument in full voice in a midday concert, held every day except Sunday). 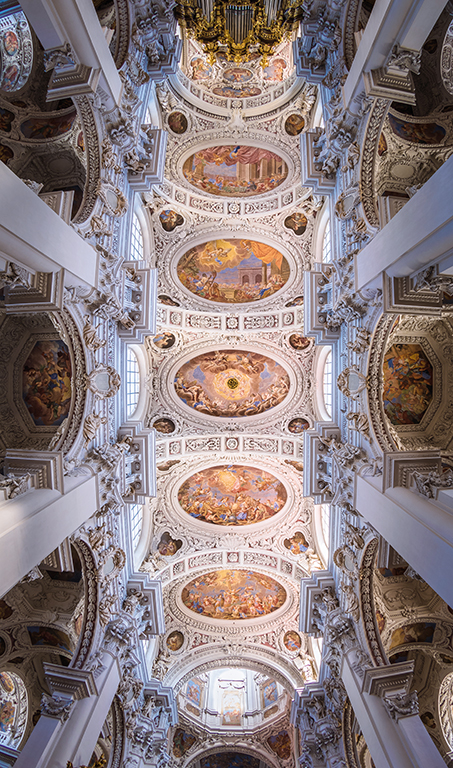 But while my shipmates were content to explore the winding streets, lined with colourful half-timbered houses, I set my sights on conquering the climb to the Veste Oberhaus – a 13th century fortress built on the top of a mountain.

It was a small matter of several hundred stone-carved steps (I lost count somewhere in the 290s) but somehow I managed to drag myself to the top.

This was no mean feat on a warm day and I felt a pleasing glow of triumph. But then I discovered I could have taken a free bus (note to self: do your homework before you leave the ship).

Fortunately, the stunning views of the city below, and Austria in the distance, more than made up for the exertion. And, more importantly, I’d earned a beer in the bar on my return.

The next morning we awoke in the medieval city of Regensburg – home of the famous Weltenburg Abbey, the oldest monastery in Bavaria.

Founded in the 7th century, it has been altered and extended as its fortunes waxed and waned over the years, and today the architectural highlight is the abbey church with its stunning, almost decadent, Baroque interior (look up to admire its jaw-dropping painted cupola).

But people don’t flock to the Abbey for matters of faith, oh no. They come for the beer.

Weltenburg Abbey is renowned for having the oldest monastic brewery in the world, dating all the way back to 1050.

Do anything for that long and you’ll get quite good at it, so it’s no surprise to find they’ve won countless awards – including the World Beer Cup in 2004, 2008 and 2012 – for their Kloster Barock Dunkel dark beer.

We arrived in the spacious courtyard a little after 10am to be greeted by giant jugs of the stuff. 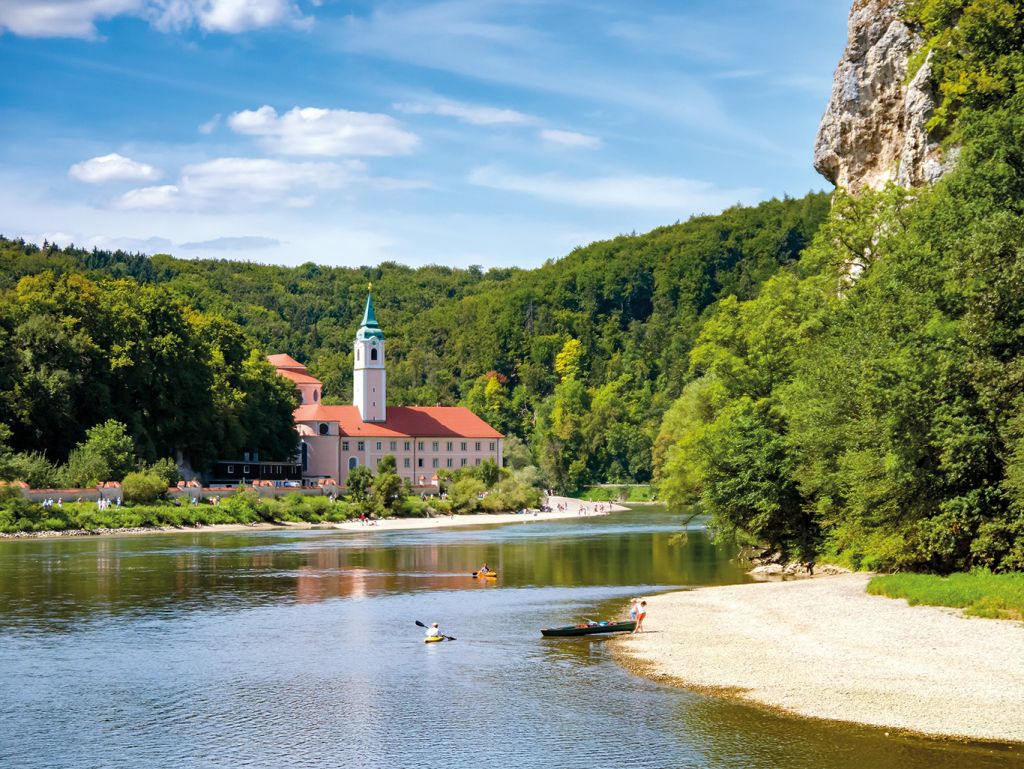 The hour being a little early, even for me, I decided I’d sample a taste and leave the rest.

This smooth, rich beer went down far too well for that and, well, it would have been churlish not to, right?

Titan Travel really go the extra mile with their excursions, and it’s experiences like this that make them so special.

You can expect between three and four included trips on an average 7-night cruise, and further optional excursions won’t cost much more than £35 if booked in advance.

But now I must tell you more about our little love story.

As any good detective knows, if you want answers you need to go to the scene of the crime – in this case, the dance floor.

Our evening entertainment was mostly provided by Pavel the Piano Man (something of a celebrity on board, there’s no Sinatra song he can’t cover), and he always managed to get the crowd on their feet.

It was during one of his numbers that I first caught sight of the cavorting that caused the kerfuffle.

All I can say is that if my fellow passengers think that’s dirty dancing, they should get out more. But it still looked a lot of fun, so I asked Pavel to play Dancing Queen and got up to join in.