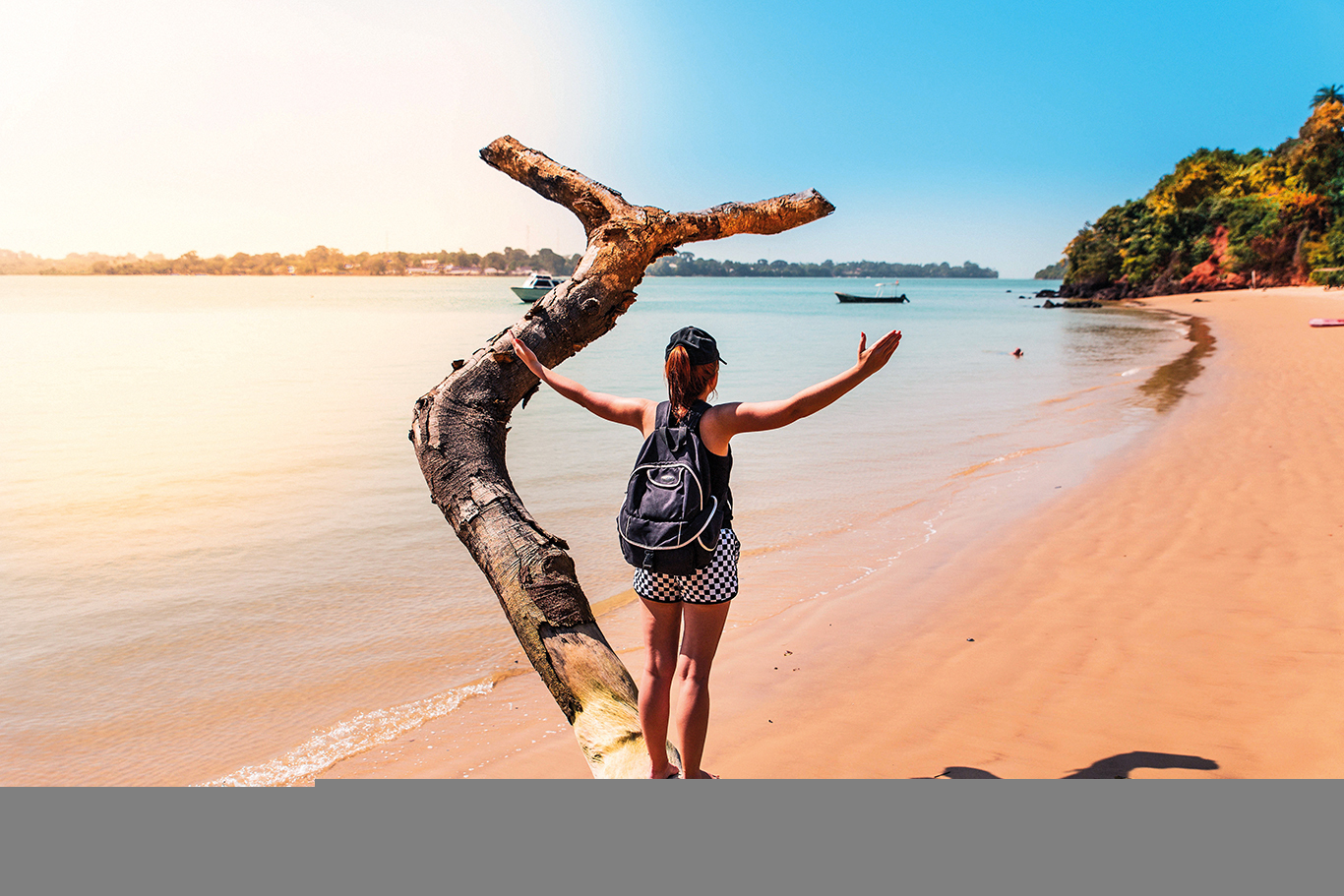 The world’s most thrilling experiences are only a cruise away…

On adventure holidays, Mother Nature is the star entertainment, and immersion in the great outdoors takes centre stage and the same goes on an adventure cruise.

Wonderfully wild, these exciting voyages venture to some of the planet’s furthest-flung corners – from tiny islands in the Indian Ocean to vast land masses like Africa and Australia that have seduced explorers for centuries.

Unlike touristy ports where megaships disgorge thousands of guests, visiting these hard-to-reach places requires the agility of a small expedition-like vessel. Typically accommodating 50 to 200 passengers, these have a lighter carbon footprint, making this a much greener way to cruise, too.

While cabins can be ‘cosy’, less space is a small price to pay for sailing right into secluded bays on uninhabited islands. Besides, it’s offshore where the ‘adventure’ really kicks in – from hiking between isolated Indonesian villages to nocturnal canoeing on the Amazon. Further enriching these off-piste excursions are meaningful encounters with locals, wildlife and even your fellow guests.

Not surprisingly, adventure cruising is experiencing a boom, with 50 new ships scheduled for construction over the next five years.

“This sector experienced a growth of 44 per cent in 2018 compared with the previous year,” says CLIA UK & Ireland director Andy Harmer. “More travellers are now seeking ‘sight-doing’ cruises, rather than just ‘sight-seeing’.”

From luxury expedition cruising to remote river voyages and land trips, here’s our guide to a whole new world of adventure holidays…

An ecological treasure-trove and one-time favourite hideout for pirates, the Galapagos Islands remain a wish-list destination for intrepid travellers. It’s more a case of what wildlife won’t you see in this 17,000-square-mile archipelago, home to comical blue-footed boobies, equatorial penguins and spiky marine iguanas.

Now you can journey to these remote volcanic promontories in the world’s first destination-specific vessel: Silversea’s all-suite Silver Origin. Promised to be one of the most environmentally friendly cruise ships yet built, complete with a state-of-the-art ‘Basecamp’, it makes its maiden voyage from San Cristobal in July.

One of the last great wildernesses on earth, the Amazon rainforest spans nine countries, its river flowing 4,000 miles from the backbone of South America to the Atlantic Ocean. A cruise on this mighty waterway is the perfect trip for adventure-seekers in search of shaman villages and serpentine backwaters, with the Peruvian Amazon offering the widest choice.

And you can tick off the planet’s largest rainforest ecosystem, following the footsteps of the early explorers, from Belem to Iquitos with Hapag-Lloyd.

One of the most adventurous Amazon trips is offered by Anakonda Amazon Cruises with a voyage that will take you to Ecuador’s lesser-visited waters in Yasuni National Park – called the ‘most biodiverse place on earth’. Here you’ll get to see red howler monkeys, pygmy marmosets no bigger than your hand, three-toed sloths and mud-loving pink river dolphins.

A pioneer of ecotourism, Anakonda’s founder, Raul Garcia, devises the company’s itineraries himself.

Highlights include circumnavigating a volcanic crater lake on foot, spotting giant otters, marvelling at the multicoloured spectacle of a parrot ‘clay lick’, and starlit canoeing through creeks in search of the Amazon’s largest predator – the fearsome black caiman.

The Antipodean nations have been beset by natural disasters in the past few months – the bushfires in Australia and the White Island volcanic explosion in New Zealand. But this shouldn’t mean adventure-seekers have to cancel their plans to see these incredible countries.

From far-flung South Pacific islets, untouched by modern life, to Australia’s rugged Kimberley Coast with its spectacular saltwater cascades, this region is primed for exploration by the traveller.

Geographically blessed New Zealand offers windswept coastlines and marine reserves, guaranteed to fill your Insta-feed for a week when you make the round trip from Auckland in the North Island, or from South Island’s Milford Sound to Wellington.

If time permits, you can even cruise the entire east coast, starting in Auckland. Not to be missed are majestic UNESCO-listed Fiordland National Park and Milford Sound’s spectacular waterfalls.

No one knows this region better than Coral Expeditions, Australia’s small-ship pioneer. Designed with aquaphiles in mind, their adventurous ‘Island Outposts’ voyage travels to some of Western Australia’s remotest spots, such as Cocos Keeling – home to a primitive infrastructure and even more primitive wildlife (no wonder Darwin dropped anchor here in 1836).

No less than one third of Australia’s bird species call this World Heritage site home, and helping you capture your best wildlife shots is onboard nature photographer Chris Bray, who spent his boyhood sailing the world.

And if you really want to push the boat out, Australia’s closest neighbour, Papua New Guinea, remains one of the South Pacific’s last frontiers. Cruises combining PNG with the Solomon Islands and Vanuatu offer a rare opportunity to delve deeper into a fascinatingly diverse area where some 1,300 languages are spoken.

Much like the continent itself, adventure cruises in this vast continent operate on an epic scale. For island lovers, there are Madagascar’s jungle-clad shores, while Big Five enthusiasts can bookend their cruise with a safari by sailing from South Africa’s major ports of Cape Town or Durban.

About 6,000 miles further north, you can take a Nile cruise and discover ancient fortresses in the desert, see mummified crocodiles and soar in a hot-air balloon over the shape-shifting landscape of Egypt’s Valley of the Kings. River cruising between Luxor and Aswan typically takes five days, with cruise companies such as Peregrine adding an adventurous spin.

Setting its sights on Africa’s west coast is French line Ponant, with its ‘Bijagos Archipelago & Cape Verde’ voyage, which marries vibrant tribal culture with dramatic landscapes. Starting in Cape Verde in the Atlantic, you’ll visit the fiery island of Fogo, where you can hike to the rim of an incredible 3,000-metre volcano, then explore the moon-like terrain and sun-streaked dunes of Boa Vista, 300 miles off the coast of Senegal.

Next stop is the scattering of 88 Atlantic islands known as Bijagos – a former Portuguese colony that’s home to the world’s only ocean-swimming hippos. Between cruising West Africa’s largest mangrove forest and meeting manatees with the ship’s National Geographic photographer, you’ll also get to trek to the mud villages of the Bidyogo people – famed for their elaborate ceremonies.

Bordered by the Canadian Rockies to the east and the mighty Pacific Ocean to the west, this endlessly fascinating corner of the USA is a must for wildlife fans and anyone who loves the great outdoors. With some itineraries reaching as far as the fjords of southern Alaska, you can spot bears fishing for razor clams, sea otters feeding on shellfish, and even see humpback whales, drawn inshore by these nutrient-rich waters.

Further south, the unique microclimates of the Columbia and Snake rivers offer a haven for white-tailed deer, horn-shedding antelope and impressive birds of prey including the bald eagle and red-tailed hawk.

American operator Uncruise Adventures offers an exciting round trip from Seattle, taking in the San Juan Islands, where jaw-dropping vistas and world-class whale-watching come with the territory. With opportunities to go nature-trekking through primaeval forests and reach the summit of Orcas Island’s Mount Constitution, this itinerary is a hiker’s heaven.

You’ll also sail to remote, uninhabited islands including Sucia – a refuge for otters and seals, where a dinosaur fossil was unearthed as recently as 2015 – and you can enjoy eye-level orca sightings from a kayak or skiff in one of America’s southernmost fjords.

The outdoor highs continue at Olympic National Park – a land of ancient glaciers and lush river valleys, where cougars and eagles roam free.

Straddling the equator and stretching 3,000 miles from east to west, this spectacular chain of 17,000 islands is the perfect location for adventure cruising. The most popular itineraries tour the Lesser Sunda Islands of Flores, Bali and Komodo aboard boutique-style ships such as Aqua Expeditions’ 15-suite superyacht, Aqua Blu.

Famous for its sparring Komodo dragons, Flores is the usual starting point, and from here you’ll trek to Kelimutu’s tri-coloured crater lakes, then snorkel in the shadow of an active volcano (not for nothing is this region known as the ‘Ring of Fire’).

A big highlight of any trip is the Forgotten Islands. This 600-mile archipelago, also known as the Southeast Moluccas, offers some of the best diving in the world, where hammerhead sharks form into massive schools and the astonishing mimic octopus lurks in terraced coral gardens.

Ready to come up for air? You can explore colonial fortresses in the Banda Islands and set foot on Pulau Run, a coconut-fringed spice isle much fought over in the 17th century and eventually surrendered by Britain to the Dutch (we got an unimportant little island called Manhattan in return).

Scheduling tends to be more fluid than on a conventional cruise. Smaller vessels have the freedom to change course and trail a pod of migrating whales, for example, or detour to avoid a storm, so enjoy the luxury of not knowing what the day is going to bring.

Check the small print to make sure you’re covered for all the adventurous aspects of your cruise, including excursions, as well as emergency and medical evacuation.

4. Keep calm about the wifi

5. Invest in a good camera

This will be the trip of a lifetime, so you’ll want plenty of pictures to show back home. We like GoPro’s Hero8 Black for its versatility and robust resistance to rain, salt, water or sand. For underwater explorations, try the Olympus TG-6, billed as an ‘everything-proof’ camera.

How fit do you need to be?

Most adventure cruises require at least a moderate level of health, fitness and mobility to get the most out of their active excursions. You can expect frequent disembarkations via steep gangways and tender boats, followed by bouncy rides to shore and wet landings, so it helps to be confident on your feet.

If you’re considering an adventure cruise and you have any doubts about your abilities, it pays to speak to someone at the cruise line first. Don’t be afraid to ask detailed questions about what the trip entails and how fit you need to be. Many itineraries are designed around guests with varying levels of fitness, so if you do your homework, you’ll find a cruise that suits you perfectly.