Guests can expect quite a show on board Celebrity’s newest ship Apex, launching this spring…

At an exclusive press event in Saint-Nazaire, France, Celebrity Cruises revealed the exciting entertainment concepts for new ship Celebrity Apex – including a tree taking centre stage in one of the three new shows on board.

The 20ft-high structure weighing 1.4 tonnes will have 3,000 LED colour-changing leaves to light up the theatre stage in Tree of Life. Two other shows, Crystallize and Rockumentary, will also use a 110ft-long LED wall with 12 panels and 17million pixels, said Lisa Lehr, vice-president of entertainment on Celebrity Cruises.

Celebrity Apex will also be all-inclusive for suite guests, with drinks, tips and wifi covered. The deal will apply to predecessor Celebrity Edge and every ship that has the Retreat area for suite guests. 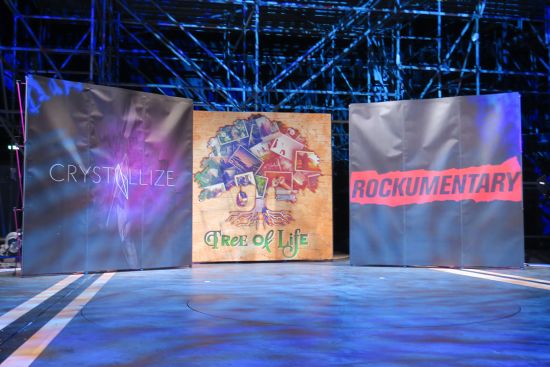 Like its sister ship Celebrity Edge, Apex will feature the floating Magic Carpet cantilevered off the ship’s side inviting guests to eat, drink and soar over the sea up to deck 16; The Retreat, the all-exclusive experience for all suite guests; expanded staterooms with Infinite Verandas; and two-storey Edge Villas with their own private terrace and plunge pool.

It will also feature the three-storey Eden venue, open-air plunge pools with 270-degree views, an outdoor Rooftop Garden and 29 restaurants and bars.

Many areas have been designed by former Dragons’ Den star and interior designer Kelly Hoppen MBE. Tom Wright of WKK, Patricia Urquiola, Scott Butler and Jouin Manku are some of the other big names associated with the ship’s impressive design.

New to Apex will be Craft Social Bar, which will offer cocktails, wines on tap and more than 50 of the world’s rarest craft beers served by a beer sommelier. Food will include Kobe beef sliders, crispy chicken sliders, and meat and cheese boards. Large-screen TVs will air live sporting events. 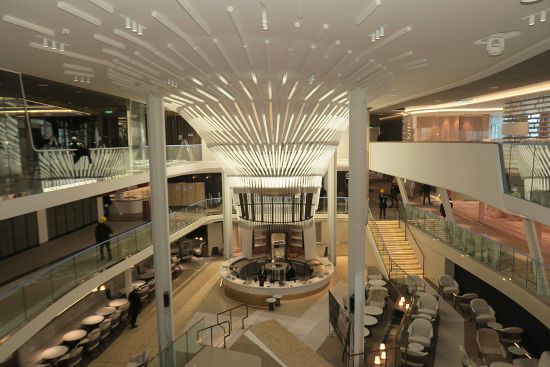 The godmother to the ship will be Reshma Saujani, founder and CEO of international non-profit body Girls Who Code and author of the bestselling book Brave, Not Perfect.

Commenting on the new ship, Lisa Lutoff-Perlo, president and CEO of Celebrity Cruises, said: “Celebrity Edge changed the cruise industry and raised the standard for modern luxury vacations. Celebrity Apex – the second ship in our revolutionary Edge Series – goes even further. It takes every onboard experience to the very peak of what’s possible at sea.” 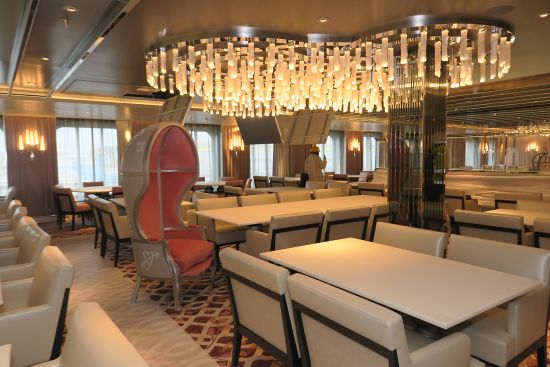 Apex debuts this spring with a mini-season of five sailings to European destinations, including the Norwegian Fjords, the northern coasts of Spain and Portugal and a new 10-night Capital Cities Cruise with visits to iconic cities including Amsterdam, Copenhagen, Oslo and Paris.

After Apex’s Northern Europe mini-season, the ship will spend the rest of its inaugural summer sailing seven- to 12-night itineraries in the Mediterranean, from April to October 2020.

On 26 August, sailing from Barcelona, Hollywood actress Gwyneth Paltrow is bringing her wellness brand Goop on board to offer guests three sessions to exercise their mind, body and soul. 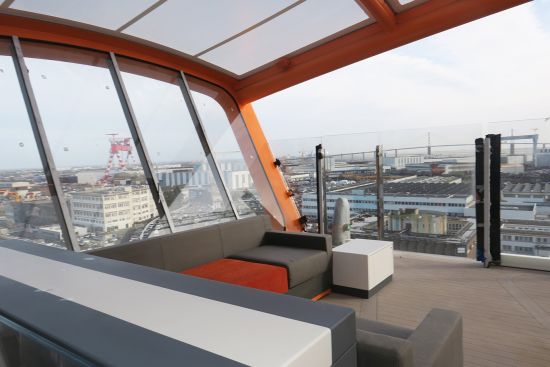 In November, Apex will cross the Atlantic to Fort Lauderdale for a winter season of week-long Caribbean sailings.

In other news, Celebrity Cruises has also cut the first steel for its third ship in the Celebrity Edge class, Celebrity Beyond. Following the launch of Beyond, two more ships are on order for the Edge class, due for delivery in 2022 and 2024.