Following port closures as a result of the pandemic, Scenic Eclipse was forced to change course on its Antarctica voyage…

Peter Kennedy and his wife Francene embarked on what was supposed to be a once-in-a-lifetime Antarctica cruise aboard luxury cruise ship Scenic Eclipse in March.

The British couple, who live just outside London in Orpington, Kent, are keen cruisers and this voyage marked the second time they would be travelling aboard Scenic Eclipse in the last 12 months.

Of course, second time around, it turned out to be under very different circumstances.

The epic 16-day voyage began in Buenos Aires, Argentina, on 7 March, a time when the coronavirus was spreading across the globe but had not quite reached its peak. 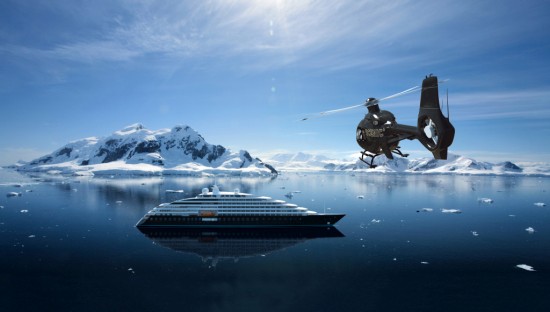 The cruise ship sailed to Antarctica and the 174 passengers enjoyed an unforgettable week, with daily excursions cruising on zodiacs around ice formations, stunning helicopter rides and trips to islands to view vast penguin rookeries and seals.

However, with news of what was going on across the world starting to reach them as the ship made its way back from the southernmost continent, it was becoming clear that things could not continue as planned.

The cruise ship was due to dock in Ushuaia on 18 March, but due to global port closures as a result of the growing coronavirus pandemic, it was forced to make its first change of plan and sail to Buenos Aires in an attempt to dock there instead.

For the passengers on board Scenic Eclipse, including Peter and his wife, the announcement that they would be unable to dock in Ushuaia came as little surprise, despite the ship’s being virus-free. 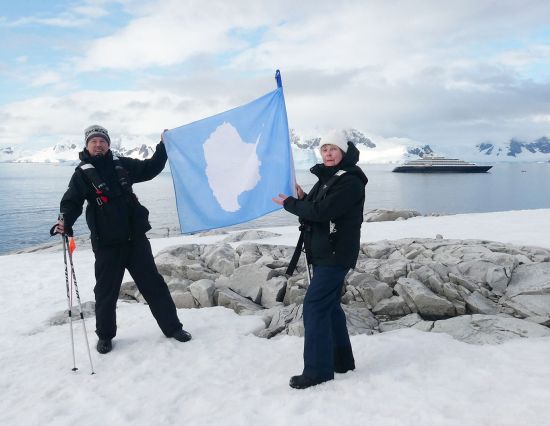 “It didn’t come as a great surprise that something had to change,” says Peter. “But to give the captain his due, he didn’t just turn round and say we aren’t going to dock at the proper time.

“He presented us with the fact that we weren’t going to dock, but were going to sail to Buenos Aires instead, so there was a plan ahead and it was the fact that we had something to aim for that made things easier.”

Of course, somewhat inevitably, this wasn’t the end of it for the passengers on board Scenic Eclipse. “We were experiencing new problems all the time,” comments Peter.

The first problem they encountered after learning they could not dock in Ushuaia was that passengers would miss their flights from Buenos Aires as Argentinian authorities insisted they wait an extra three days on board to meet the required minimum 14-day quarantine.

In spite of this, Peter cannot speak more highly of the crew and Captain Erwan LeRouzic, who maintained their high level of professionalism even after the unforeseen turn of events and kept coming up with solutions as new problems arose.

“They were very professional and carried on as if things were perfectly normal,” he explains.

“The captain, in particular, made sure to provide assurances that Eclipse was well-provisioned and had everything we needed, including fuel, to carry on cruising.

“Clearly, the crew had the same concerns about what was going on in their own home countries as we did, but they never let those concerns interfere with the standards they maintained.” 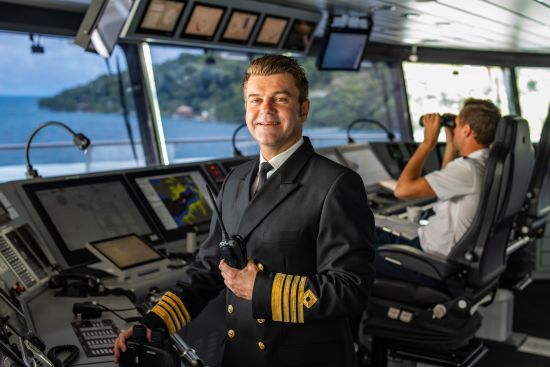 Each day as new events unfolded, the passengers and crew were kept informed of what had happened in the last 24 hours through daily briefings led by the captain in the ship’s theatre. This, Peter says, was invaluable in putting them all at their ease during those worrying times.

“The crew had to respond to ever-changing events and the captain made sure that we were all brought together to explain what was going on. That took a lot of worry off us.”

After arriving in Buenos Aires, another unforeseen problem arose for Scenic Eclipse. In the short time they had waited on board the ship to comply with quarantine rules, the Argentinian authorities had changed their government policy and docking restrictions in selected ports, meaning they were no longer allowed to disembark there.

At this point, Peter notes how Scenic Eclipse had not been in contact with another soul outside of the ship since it first embarked on its voyage.

Before embarking, all passengers and crew had their temperature taken and after the news came that they would be docking in Buenos Aires, the onboard doctor would check everyone’s temperature on a daily basis to ensure there was no risk of coronavirus infection.

Nevertheless, the cruise ship was still refused permission to dock and it was necessary to come up with a plan b. Scenic Eclipse changed course and set off to Montevideo in the hopes of berthing there, meaning additional days at sea.

Following the cruise, Captain Erwan said how everyone had remained very positive on board as “a sense of ‘we’re all in this together’ arose” and this is a sentiment very much echoed by Peter. 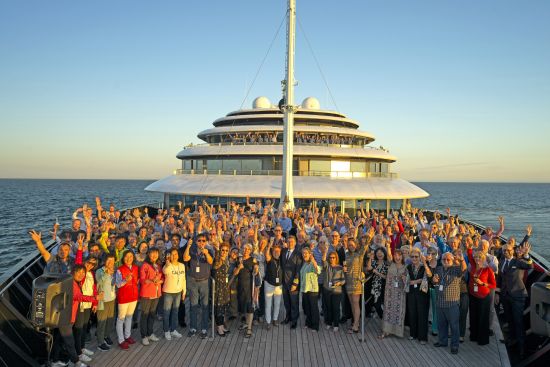 “There was never a poor mood on the ship,” he says. “Everybody was incredibly positive and that includes the crew who also were having to get home at some point.

“The biggest question which everyone had at the back of their minds was how we were going to get home as plans kept changing. We were always wondering, ‘Is this going to happen? Is this going to fall over?’ So it was just that doubt.”

Peter explains how the crew did their utmost to keep guests entertained during the quarantine period and guests, in turn, made the most out of the situation.

“Within the confines of a relatively small ship, there was something going on all the time,” he says.

“The crew provided entertainment, there were regattas off the ship in the South Atlantic on zodiacs. There were lectures, quizzes, guided tours of the helicopter dock. There was a lot of reading going on, too. My wife ended up reading about 12 books,” Peter added, smiling. 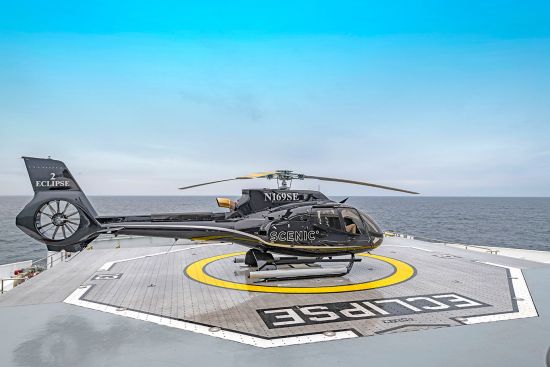 Of course, as Peter jokes, “there’s only so many times you can walk around the deck”, and as the days went on, cabin fever inevitably set in and for the couple who had been away for a month (they had done a tour of Peru before boarding the ship), it was definitely time to get home.

“We had free reign around the ship and we could interact with the staff because nobody was infected so it was only cabin fever in the sense that you wanted to get home.”

Being in daily contact with people from home, Peter admits how despite the fact that Scenic Eclipse was virus-free, it was still unnerving to hear about what was going on with other cruise ships that had been struck down.

Out of pure coincidence, Peter notes how when they were moored outside of Buenos Aires not far from Montevideo, the ill-fated Coral Princess – which it was later found had multiple cases of Covid-19 on board – had passed them.

After spending an extra 10 days onboard the ship, all guests, including Peter, his wife and 15 other UK passengers, were thankfully allowed to disembark at Montevideo on 26 March and arrived safely home via dedicated charter flights to various international airports.

Unlike some horror repatriation stories that have been detailed in the press, Peter and his wife’s repatriation “ran like clockwork”.

After disembarking the ship, Scenic made all of the arrangements for their chartered flight to Santiago. Then followed two flights to Madrid then London Heathrow, where a chauffeured car awaited to take them home and back into what was now UK lockdown.

With no coronavirus cases on board and only 10 days under quarantine, Scenic Eclipse was definitely one of the lucky ones, emerging out of the crisis relatively unscathed.

With the benefit of hindsight, it can always be said that things could have been done better, but for Peter and his wife, the way Scenic handled the situation was exemplary.

“I would say you could hold up what Scenic did for us as an example of how you can calmly deal with quite a nasty situation.”

While an unpleasant experience, this has by no means deterred Peter and his wife from taking a cruise in the future, who already have one cruise booked this year with Viking (which unfortunately has been cancelled due to the global suspension of sailings), as well as one booked next year, also with Viking.

“It has not put us off cruising,” comments Peter. “We enjoy it and we like the idea of visiting different places without the constant need to pack and repack. And you get the luxury of great accommodation and food.”