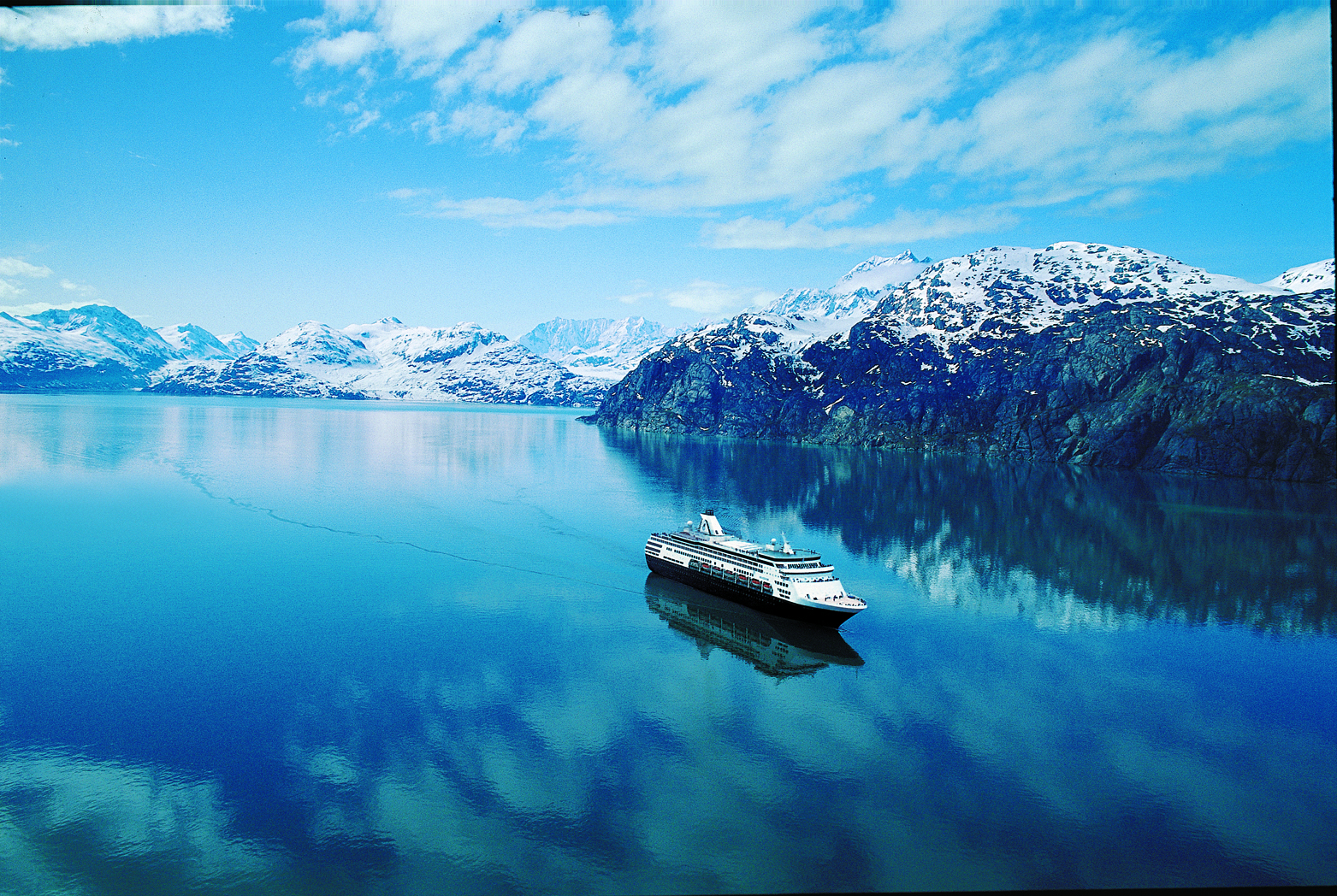 As Brits we have a fascination with North America, the continent of grizzly bears, poutine, Google and Hollywood. Taking a cruise is one of the best ways to explore this great continent, cruising around its expansive coastline where multiple time zones and climates can be just in one country. As part of our annual best destinations guide, Isabella Sullivan and Lesley Bellow rounded up the best North America Cruises for 2020, from colourful Antebellum Charleston and historic Old Québec to the blinding white Inside Passage and Hubbard Glacier.

Thousands watch the thundering Niagara Falls every day, mesmerised by the water, mist and noise – one of nature’s greatest sights. To make the most of your time here take a helicopter flight over the Falls or boat ride behind them. The botanical gardens and butterfly conservatory make a pleasant diversion or, 8km north of the falls, is Niagara Glen Nature Reserve with walking trails winding down into a gorge, past caves and woodland. The Niagara Parks Commission offers guided walks during the summer. Many cruise lines offer Cruise and Stay options in Toronto for visits to Niagara.

Sitting on the banks of the great St Lawrence River, Québec City is an endearing contrast to the clean-cut cities of Vancouver and Toronto, being predominantly French-speaking and filled with old-world colonial charm. At the core is the UNESCO-listed district of Old Quebec, also known as Vieux-Québec, home to some of the city’s most exquisite sights such as the fairytale-like Fairmont Le Château Frontenac hotel and Church of Notre-Dame-des-Victoires. The best way to take in its winding cobbled streets is by foot, stopping off to admire the 17th-century architecture and ducking into chocolate box shops on the enchanting Petit Champlain.

You’ll instantly fall in love with the shimmering ocean-side city of Vancouver. Surrounded by rugged mountains, the city is steeped in natural beauty and is quickly becoming known for its quirky music and arts scene – stop off at JapaDog to see what we mean. Don’t miss the Vancouver Art Gallery for the works of local artist Emily Carr and the Granville Island peninsula with its bohemian atmosphere, brewery and buzzing public market. We love the food here too with Blue Water Café and The Salt Tasting room restaurants well worth a visit.

Hubbard Glacier, Alaska
At an incredible 76 miles long and plunging 1,200 feet into the bay, Hubbard Glacier is the largest tidewater glacier in North America and, with snowcapped mountains as a backdrop, its natural beauty and blue hues make an unforgettable destination. The area around Hubbard Glacier is renowned for its wildlife, where whales, harbour seals and otters swim. Brown bears, moose and black-tailed deer roam ashore, and a variety of seabirds soar gracefully across the sky. In Alaska, don’t hold back on your budget – take helicopter rides, glacier tours and wildlife excursions to make the most of this holiday into the wilderness.

Follow the red brick road to explore centuries of history. The Freedom Trail, a network of red paving and painted lines, connects important sites in Boston, including the Massachusetts State House, the Benjamin Franklin Statue, the Old Corner Bookstore, Paul Revere House, Bunker Hill Monument and USS Constitution. Delight in Americana over the cobblestones of charming Beacon Hill, take the Black Heritage Trail, absorb the grandeur of Harvard University or the excitement of Fenway Park, home to baseball champions the Red Sox. With huge malls and superb restaurants including Celeste, you can have your own tea party – or say Cheers to a beer in TV’s iconic bar.

The City of Angels awaits! Check out the beaches of Malibu, shop in Beverly Hills and take the Walk of Fame. Universal Studios offers the authenticity of a working movie studio, bringing the magic of Hollywood to life. On iconic Santa Monica pier, find an amusement park, a trapeze school, an ocean-front walk, an aquarium, a historic carousel, shops, eateries and an arcade above the sparkling water.

If you get time, take a trip out to the hip district of Silverlake where you’ll find some of the city’s coolest eateries. This is smoothie central…

Charleston, South Carolina, USA
Its bouncing namesake dance and James P Johnson’s accompanying jazz riff have long set the tone for this Southern Belle of a city – lively, energetic and incredibly memorable. At first glance, Charleston appears to be frozen in the 18th-century, with horse-drawn carriages and colourful cobbled streets sitting alongside eerie cemeteries and civil-war sights, but at the second you’ll see a trendy, homegrown shopping and dining scene. For true southern hospitality head to historic King Street and try out the freshest raw seafood food at The Darling Oyster Bar but to understand the city’s antebellum history, don’t miss a poignant visit to the Old Slave Mart museum – where slaves were sold at auction.

If cities swayed to a beat, Miami’s would be a sensual Latin salsa. While the sun-drenched city is best known for its iconic sands – think South and Miami Beach – a buzzing nightlife and vibrant mix of cultures will leave you with plenty to see. An Art Deco tour on Ocean Drive is a great place to begin and if marvelling at pastel-hued 1930s hotels is up your street, the Italian Renaissance-style Vizcaya Museum and Gardens is just a short cab ride away. For some al-fresco shopping and dining, nowhere is more iconic than Miami Beach’s Lincoln Road Mall, where you’ll can sip on mojitos at Cuban-inspired Havana 57.