Puerto del Rosario is the busy port and capital of the second largest of Spain’s Canary Islands, Fuerteventura. The island is famed for its golden beaches, crystal-clear waters, volcanic landscapes and almost year-round sunshine, making it an unsurprisingly popular destination for holidaymakers. The capital itself is home to nice beaches, restaurants and shops, but is slightly lacking in terms of sights and so cruise ship passengers with time on their hands should most certainly venture further afield to explore what the rest of the island has to offer during their stopover.

Puerto del Rosario is a picturesque and charming port, with open-air cafés, family-owned bars, Canarian restaurants and plenty of shops. Of course, the capital is also the gateway to the rest of the island of Fuerteventura, which is home to 150 glorious golden sand beaches, spectacular volcanic scenery and natural landscapes. The islands boasts an amazing climate and almost year-round sunshine, making it a popular destination among British and European cruise passengers. Cruise lines such as P&O Cruises, Costa Cruises and Fred Olsen all sail to Puerto del Rosario and offer various shore excursions.

What to see and do in Puerto del Rosario

The small Canarian capital city is home to several golden sand beaches. Ideal for the cruise passengers who don’t have much time on their stopover, Playa Chica is situated close to the harbour in the old town of Puerto del Rosario. The small, sheltered beach offers everything from sunbathing to scuba-diving and jet-skiing. About a kilometre away from the southern part of the island’s capital, Playa Blanca features small dunes and is popular among surfers. Alternatively, those who are happy to travel can visit Parque Natural do Corralejo. A bus or taxi ride away, this large preserved park features vast, sweeping sand dunes, stretching along the east coast for about 10km south from Corralejo. Strong winds make this a popular place for windsurfers and kite surfers.

Cultural attractions in Puerto des Rosario are limited, but this unassuming museum is good for whiling away the hours before it’s time to get back on board your ship. Located near the city’s church, the home where philosopher Miguel de Unamuno stayed in 1924 after being exiled from Spain has been transformed into a museum, with four rooms furnished from Unamuno’s day, including his bedroom and study with his original desk.

Betancuria was the capital of Fuerteventura until 1834 and as such has several sights of interest. As part of its ‘A Taste of Fuerteventura’ excursion, Costa Cruises takes you from Puerto del Rosario to Betancuria, where you’ll visit Casa Santa Maria, a museum of Canarian Art, and explore the town’s historic streets. The excursion also includes a trip to a working goat farm, La Gayría, where you’ll get the opportunity to sample the island’s award-winning cheese and homemade wine.

Another popular excursion is a catamaran cruise to this volcanic islet just north of Fuerteventura. As part of the half-day tour, you will travel to Corralejo, a former fishing village and home to dune-backed beaches and endangered wildlife, from where you will board a catamaran to take you around Lobos Island. Here you will get to explore the island’s beaches, bays and lagoons, and enjoy activities such as swimming and snorkelling, followed by a buffet lunch on board. Cruise lines such as P&O Cruises offer this as an excursion.

Need to know when travelling to Puerto del Rosario

Getting around in Puerto del Rosario

Cruise ships dock at the main port of Puerto del Rosario, which is located in front of the centre of the city. You can cover the whole of the small city on foot, but if you wish to explore the rest of the island, you will either need to take the bus (the main bus station is located 20 minutes’ away from the city), hire a car or book an excursion.

When to go to Puerto del Rosario

The Canary Islands are a popular year-round destination, boasting sunny, warm weather throughout the year. Peak times include the European summer and Christmas period, so if you wish to avoid the crowds then travel outside of these popular seasons.

The Canary Islands use the euro. Credit and debit cards are accepted at nearly all ATMs and most places will accept them, but it’s worth taking cash with you too. 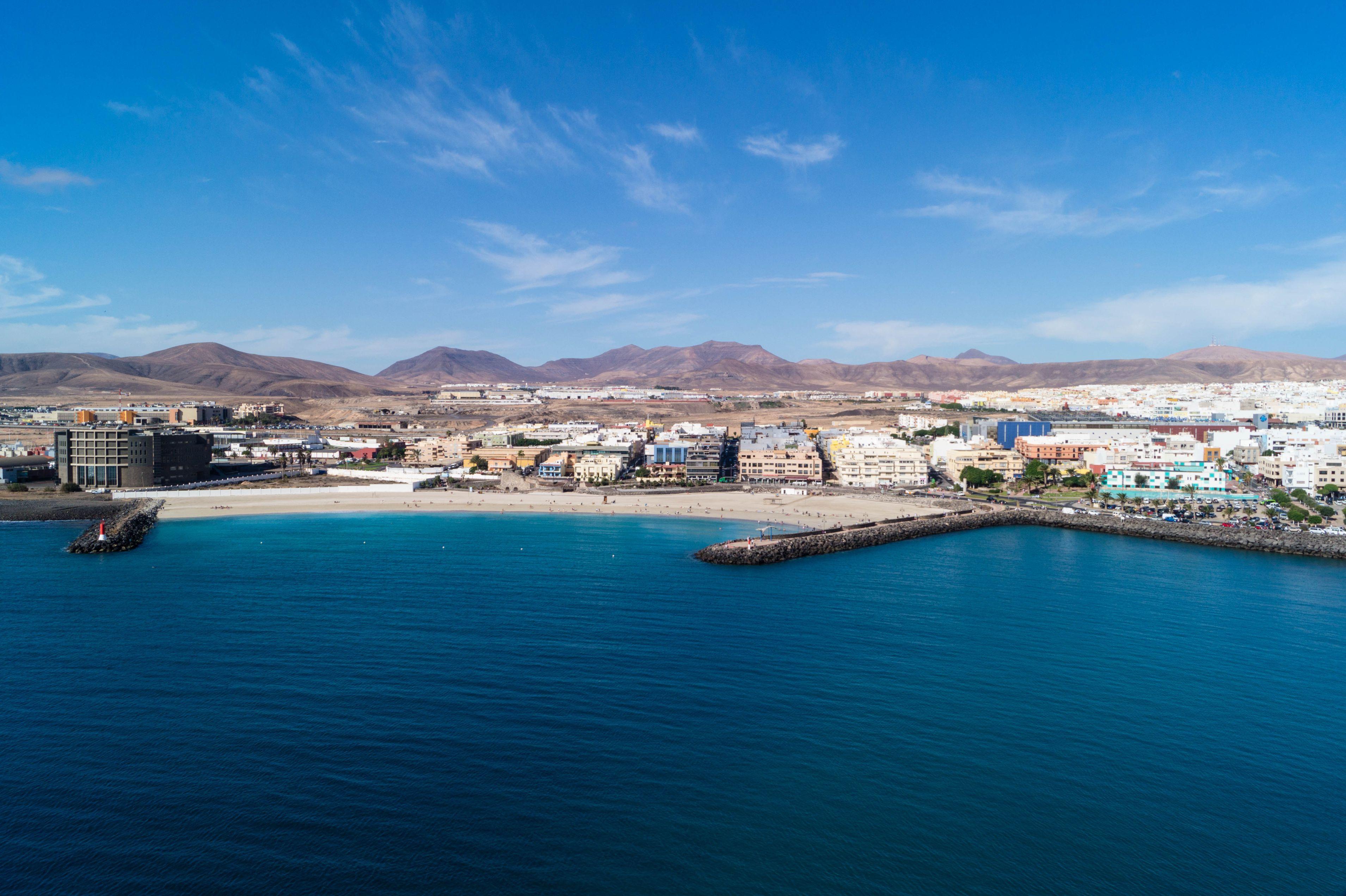