Finding your cruise...
Menu
Cruise news / The Best Cruises to the World&#8217;s Oceans

The Best Cruises to the World’s Oceans

To celebrate World Oceans Day, we’ve rounded up the best cruises to the world’s vast and spectacular oceans

Picture this: you’re relaxing on your balcony with a book in one hand and a gin in the other, watching the sun set over the Pacific Ocean. Meanwhile, across the globe, a fellow cruiser is embarking on an intrepid expedition across the Arctic Ocean in search of the polar bear. Moving over to the opposite pole, the Antarctic Peninsula is hosting a group kayaking trip in the Southern Ocean.

Any cruising devotee will quickly tell you that as much as they love visiting a variety of destinations, it is also the journey there that makes their cruise holiday truly unforgettable. So, we’ve rounded up some of the best cruises to the world’s oceans, whether you’re looking for adventure, escapism or to discover amazing wildlife.

Situated approximately 66 degrees north of the Equator, the Arctic Circle encompasses the vast Arctic Ocean, the islands within and the lands that fringe it. Cruises to this unique area of the world feature a variety of destinations, including Alaska, Russia, Greenland, Iceland, Finland, Norway, Sweden and Canada, plus myriad island chains. During the summer, visitors can enjoy 24-hour daylight in this ‘Land of the Midnight Sun’.

During the winter months, you can go in search of the majestic Aurora Borealis, a true bucket-list experience. Nature lovers can look forward to seeing reindeer and musk oxen grazing the plains, whilst on the coast, can spot polar bears, seals and walruses. At sea, whales are bountiful, as are a wide variety of coastal and sea birds with half of the world’s species residing in the Arctic Circle. All in all, the Arctic Ocean is nature’s playground.

Cruise and Maritime’s Arctic and Greenland Expedition Voyage takes in the region’s spectacular scenery and wildlife as it journeys through the Fjord Passage to Nuuk, Greenland, where guests will sail past majestic whales and immense icebergs and then on to Iceland’s capital Reykjavik, known for its astonishing lava fields and spectacular geysers. 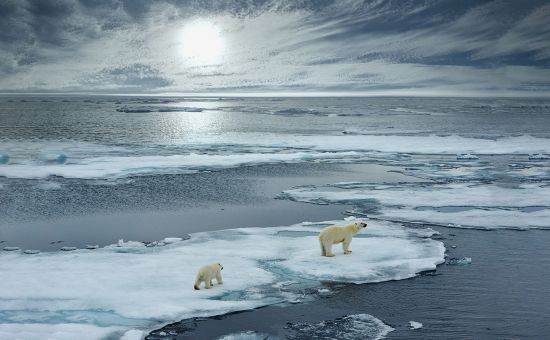 Sailing the Atlantic Ocean will have you following in the steps of Christopher Columbus, Ferdinand Magellan and Francis Drake. Bordered by Africa and Europe to the East, the America’s to the west, and sprawling as far as the Arctic and Antarctic oceans, the Atlantic Ocean is the second largest in the world. Its name, derived from Greek mythology, means the “Sea of Atlas” – quite apt, we think.

Many cruises sail the Atlantic Ocean en route to their destinations, but this magnificent body of water offers many impressive views from the top deck of a ship, including the numerous coasts indented by bays, gulfs and seas, including the Gulf of St. Lawrence, the Baltic Sea and the Black Sea.

Cruising to the Atlantic Islands sees you following in the footsteps of many intrepid explorers. Scattered across the ocean, these little pieces of paradise provided a welcome stop for many explorers and, as you can imagine, they offer even more for your cruise itinerary. 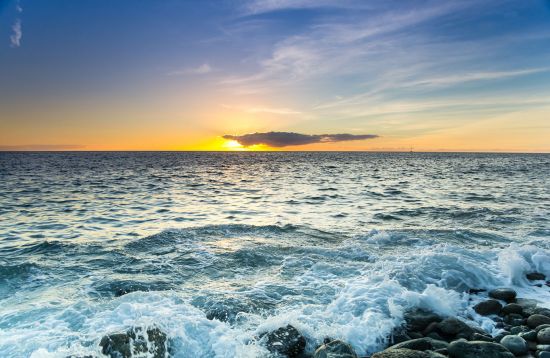 Tranquillity. Escapism. Paradise. The Indian Ocean offers all these and so much more to those lucky enough to sail its pure waters. Renowned the world over as the epitome of beauty, the Indian Ocean can just as comfortably host a honeymoon as it can a fun-filled adventure cruise holiday.

Known for its paradisaical islands – the Seychelles, Mauritius and the Maldives – the Indian Ocean offers visitors exceptional experiences from cultural and gastronomical, to nature and adventure-bound. The Indian Ocean is also home to many endangered species such as sea turtles, seals and dugongs (also called sea cows) – we suggest that you take your camera with you just in case you’re lucky enough to see any of these animals in their natural habitat.

Oceania Cruises’ Dubai to Cape Town whirlwind itinerary takes guests from the glitz and glamour of the Middle East to bustling Mumbai and Goa and then on to the tranquil Maldives and Seychelles before heading to South Africa. 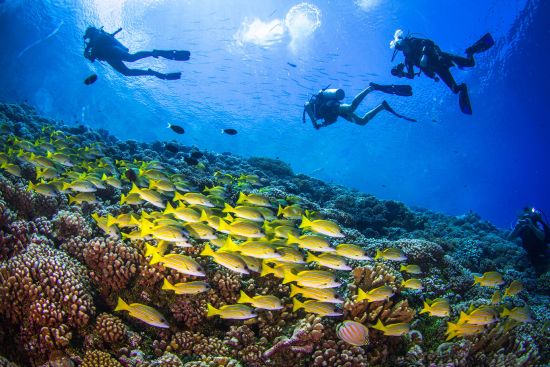 As the largest and deepest ocean on Earth, spanning 60 million square miles from California to the Philippines, the grand Pacific Ocean teams with activity. From the Antarctic in the south to the Arctic in the north and nestled between the continents of Oceania or Australasia, there are few cruise ports that the Pacific Ocean doesn’t touch and, if you’re embarking on a cruise, the chances are that you’ll dip a toe in the waters of the great Pacific at some point.

It is also home to the Great Barrier Reef, a UNESCO World Heritage Site, which stretches more than 1,429 miles and is home to the world’s largest coral reef – an absolute must for those on Australian voyages across the Pacific Ocean.

Named by Ferdinand Magellan who called the ocean “mar pacific”, meaning peaceful sea, this enormous body of water is ideal for spending time relaxing on your ship as you cruise leisurely towards your next destination – be that Hawaii, French Polynesia, New Zealand or Mexico. 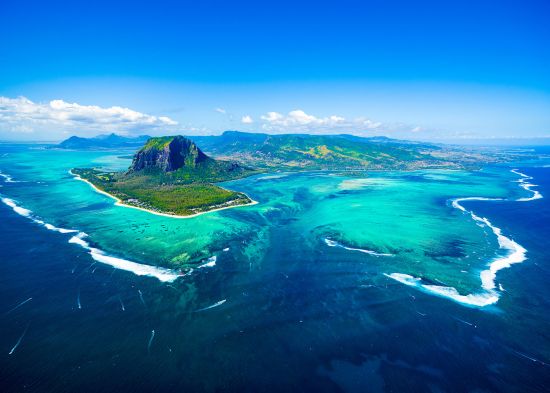 Granted ocean status in 2000 by the International Hydrographic Organisation, the Southern or Antarctic Ocean may be the newest kid on the block, but it is well versed in granting visitors access to one of the most spectacular areas of the world – the Great White Continent.

Much of Antarctica’s splendour can be captured from atop your cruise ship. Majestic glaciers, sublime icebergs and crystal-clear waters set the scene for guests’ exploration – ashore or on board – whilst opportunities for wildlife spotting are endless. Many species of penguin, including Emperor, King, Gentoo, Chinstrap and Adelie can be found here, as well as whales, seals and birdlife. 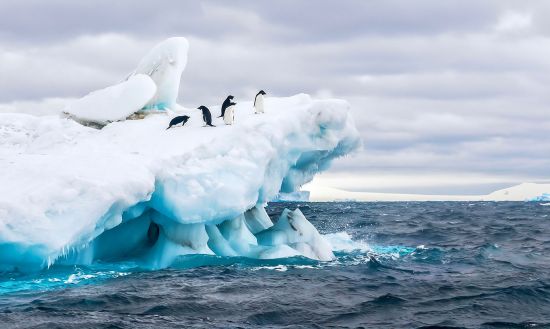 The Southern Ocean is a place for exploration and expedition, as such, many cruise lines, including Hapag-Lloyd, offer kayaking or Zodiac tours on Antarctic waters, as well as the unique opportunity to sleep out in the open on the ice – an experience not to be missed, if you can bear the cold.