Finding your cruise...
Menu
Cruise news / Brexit: What Does It Mean for Cruise Passengers?

Brexit: What Does It Mean for Cruise Passengers?

As today officially marks Brexit day, we consider the impact this will have on cruise passengers looking to travel

Last Friday (31 January) marked a historic moment for the UK as it was, of course, Brexit day – the moment the UK left the European Union after 47 years of membership.

With Europe being the number one overseas destination for UK travellers – with more than 58 million trips abroad each year – and the most popular cruise destination for the two million UK and Irish passengers last year, it is understandable that holidaymakers and business travellers would like their questions answered about what Brexit means for them when travelling to EU countries.

Despite what people might say, little will change immediately, so there’s no cause for panic. The UK will begin a transition period – also known as the implementation phase – during which the country will continue to follow most EU laws until the end of December 2020, by which time the UK aims to have reached a free trade agreement with the EU.

Cruise ships and ferry services will still sail, as a majority of the rules under which they operate are based on international agreements, not those from the EU.

CLIA UK & Ireland director Andy Harmer said: “2020 is an exciting time for the cruise industry with 25 new ships being delivered for ocean and 15 for river cruise lines, and many existing ships being renovated and refurbished to a standard that rivals even the finest land-based hotels. Never before has there been so much choice for customers in terms of style of ship, itinerary and on board expenses.

“The global fleet development, new destinations to explore, plus recent reassurances from authorities surrounding Brexit, put British travel agents in a great position to tempt their customers to choose cruise in 2020 and beyond, whether it’s for the first time, or as repeat guests.”

So, the question is: how exactly will cruise passengers be affected when they travel? 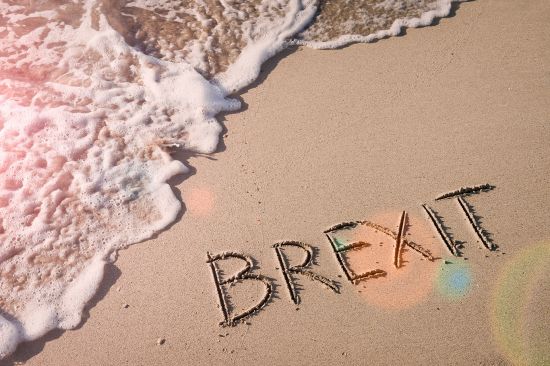 UK travellers will not need a visa to travel to the EU after Brexit and will be able to use the EU lines at border check points. Those with less than six months validity remaining on their passports, however, are advised to renew.

Many cruise lines are offering a Brexit guarantee, outlining that prices will not change and guests will not incur extra charges during their holiday.

Travel insurance is recommended when travelling abroad and the European Health Insurance Card (EHIC) will still be valid until December 2020. If a passenger has an annual policy, it is recommended they check the terms and conditions or contact their insurance provider with any queries.

For now, mobile roaming charges will remain the same – that means no charges for using a phone in the EU. What happens after the transition period depends on the trade agreement.

If nothing is agreed, or if there is a no-deal, then mobile operators could implement charges, with legislative safeguards in place, such as a £45-a-month limit, information when customers reach 80 and 100 per cent of their allowance and ‘reasonable steps’ shown by the operators on roaming in Northern Ireland.

ABTA chief executive Mark Tanzer said: “The UK is primed to enter a new Brexit phase, when trade talks begin, and when it does nothing will change when it comes to travel.

“This means that valid passports can still be used, EHIC cards will still be valid and the same gates can be used at border check points. People can continue to make their travel plans with confidence that things won’t change until at least the end of 2020.

“ABTA has been actively providing advice to travellers throughout the Brexit process and will continue to do so as the longer-term relationship with the EU becomes clearer.”