From snow grottos to light-changing cushioned treatment beds, open-air whirlpools to world-class interior design – these are the best spas at sea

From snow grottos to light-changing cushioned treatment beds, open-air whirlpools to world-class interior design – these are the best spas at sea

As wellness tourism booms in popularity, and cruise lines increasingly seek to compete with land-based resorts, spas have become an essential part of the cruise experience.

These days the major cruise lines are vying to produce not only a vast and inventive range of wellness offerings but also a setting that’s designed specifically to enhance the sense of wellbeing at sea.

“As the design of cruise ships evolves, so the design of onboard spas evolves with it,” says Russell King of Butterscotch, the company that created Marella Explorer’s new Champneys spa, the first of its kind at sea.

“In the past, ship design has in some ways lagged behind what we see on land, but it’s now much more adventurous and pushing new boundaries.”

Whether its Zen-inspired treatment rooms, Nordic bathing rituals or dedicated sea-view relaxation rooms that float your boat, spa-loving cruisers have never had it so good.

And here, in no particular order, we take a look at four of the best spas…

Designed, says the company, for ‘intense relaxation and mental healing’, the serene and spacious wellness areas aboard the entire Viking fleet are the work of London-based SMC Design, working with Rottet Studio of Texas, who have taken their inspiration from Norse mythology.

According to legend there was a holy ash tree, Yggdrasil, that united heaven and earth, so the designers have used Nordic ash wood throughout. 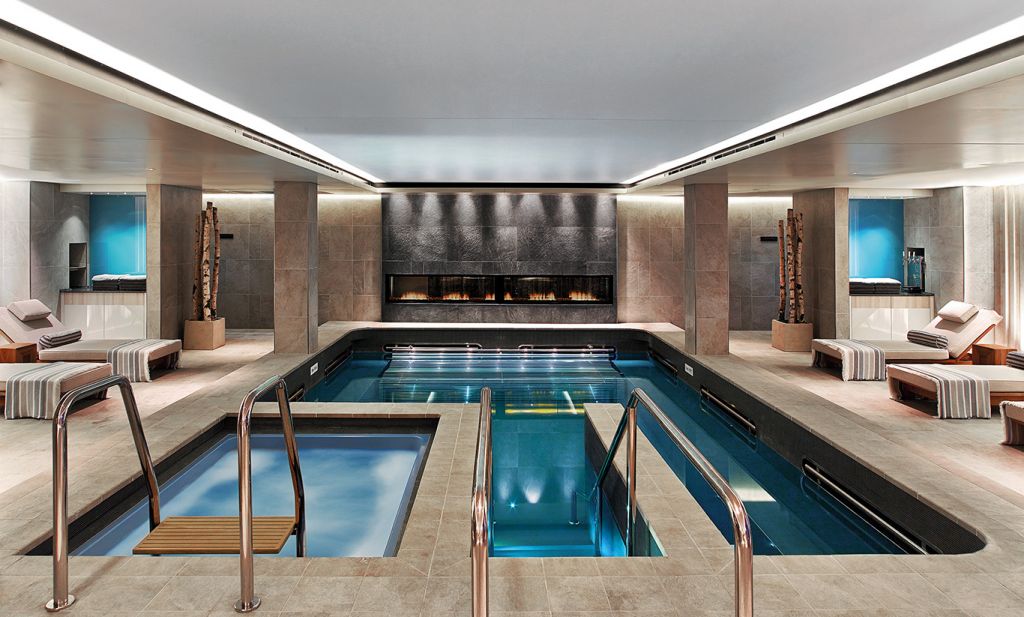 There are heated tile loungers and a Nordic-style shower where refreshing cold water pours over your head from a bucket instead of a showerhead (perfect for getting in touch with your inner Viking).

And in keeping with the Nordic theme, treatments include vigorous deep-tissue Swedish massages. But perhaps the most exciting spa feature aboard the company’s fleet of elegant small ships is the unique snow grotto.

These cave-like spaces, bathed in soothing blue light and heaped with real snowflakes, are the ideal place to cool down after one of those traditional piping-hot Nordic saunas.

In keeping with the line’s low-key, country-club feel, colours are muted: beige, white and brown, with areas of mosaic tiling to add character. 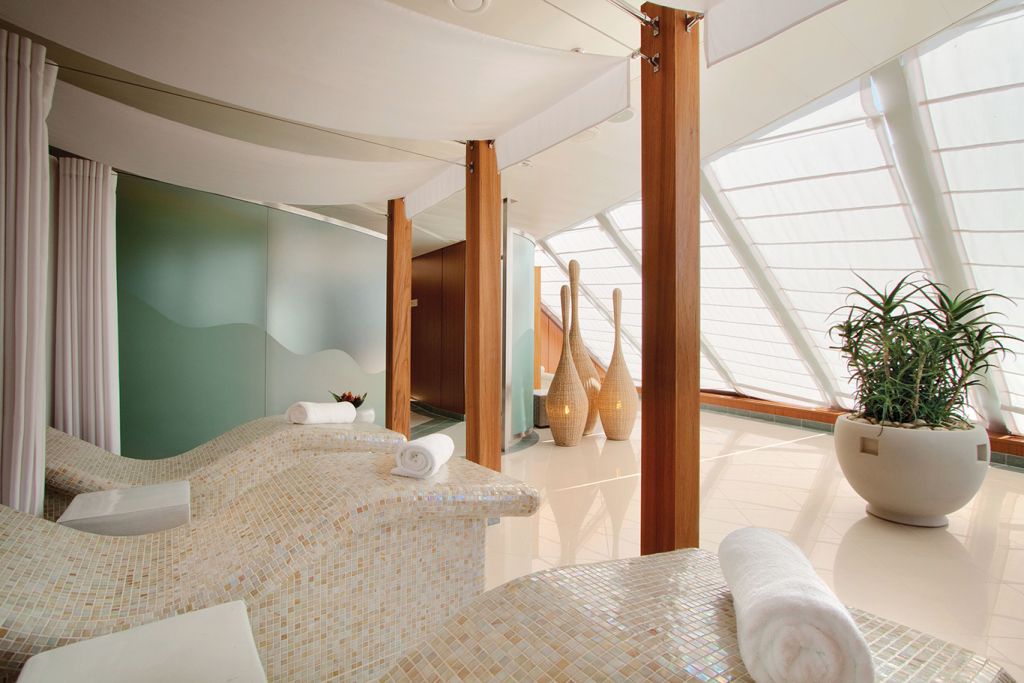 There are plenty of water features, as well as good-sized sauna and steam rooms, aromatherapy areas and heated loungers.

The pièce de resistance, however, is the open-air whirlpool spa, where a large, jetted pool is surrounded by sunloungers on a private decked area (Concierge Level and Suite guests have free and unlimited access).

“We are bringing a unique combination of rejuvenation, personal discovery and indulgence to our guests as they travel to the most exotic locales around the globe,” says Bob Binder, President and CEO of Oceania Cruises.

SEABOURN OVATION – THE SPA AT SEABOURN

With major input from celebrated designer Adam D Tihany – whose portfolio includes the Four Seasons Resort in Dubai, the Mandarin Oriental in Geneva and Las Vegas, and flagship restaurants for the likes of Thomas Keller and Heston Blumenthal – the recently launched 300-suite Seabourn Ovation is a design paradise on the ocean waves. 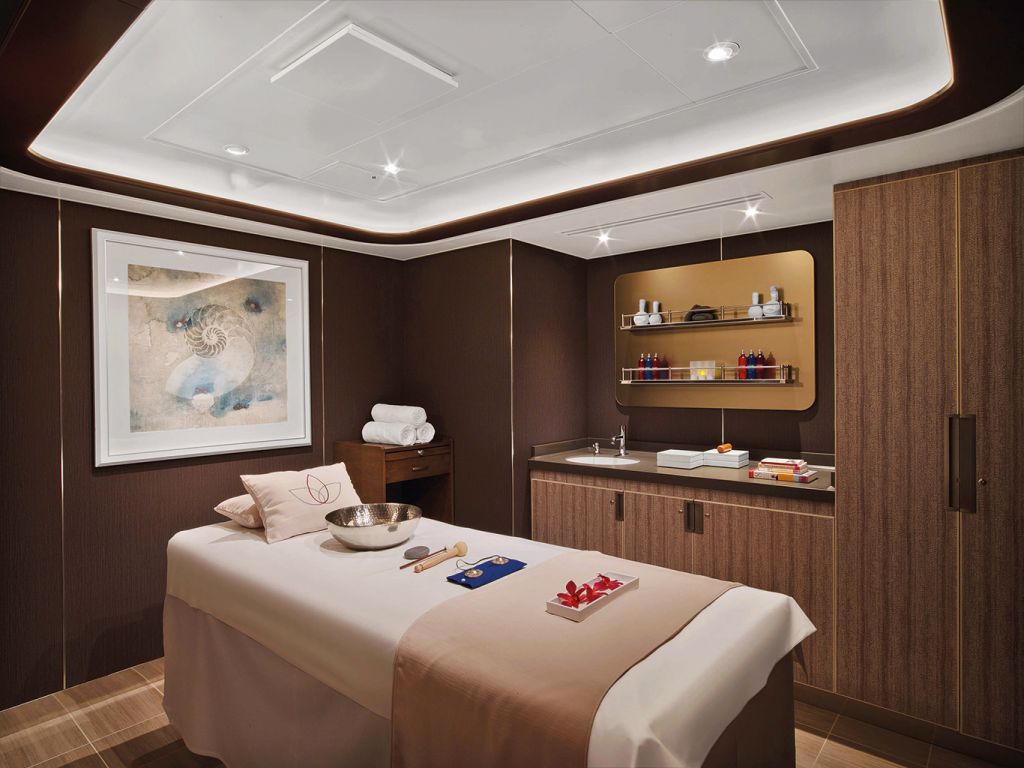 Tihany, named by The New York Times as one of America’s greatest architects, has given Seabourn’s elegant small ship a refined sense of luxury that’s reflected in the spacious spa area, where blond wood panelling and sheer white fittings are dramatically accentuated by splashes of scarlet.

Inside, you’ll find a full-service salon for men and women, while inner beauty is taken care of by the line’s partnership with celebrity doctor and specialist in integrative medicine Andrew Weil, whose signature treatments aim to give passengers the ultimate relaxation and wellness experience at sea.

An award-winning celebrity favourite (you can’t move without spotting a Spice Girl), Champneys is the UK’s original health spa, launched in 1925 by naturopath Stanley Lief.

Now the company is breaking new ground with its first venture at sea.

Launched this summer, Marella Explorer is the largest of the line’s six ships, with a Champneys spa that boasts many unique features. 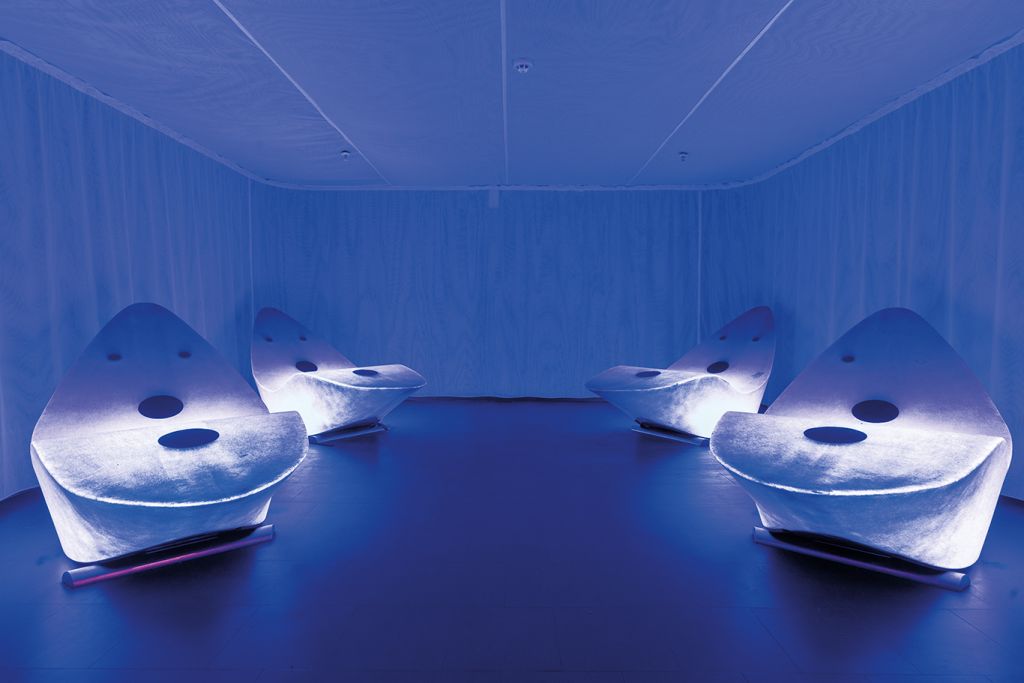 “Understanding the materials that can be used on board, and challenging yourself and the engineers to use them in different ways – that’s what helps to create a unique space.”

As at Champneys’ other resorts, you can expect warm, earthy colours and a strong focus on comfort.

Twelve treatment rooms have ocean views and there’s an elegant thermal suite with the largest sauna at sea.

Innovative features include the Blue Motion room, a relaxation area where passengers can chill out on heated stone loungers in calming blue light, and spa treatments such as ‘rhythm of the sea’ face and body massages.