Finding your cruise...
Menu
Cruise news / Beyond Budapest To The Black Sea: Why A Danube River Cruise Is Perfect Post-Lockdown

Beyond Budapest To The Black Sea: Why A Danube River Cruise Is Perfect Post-Lockdown

With river cruises thankfully exempt from the cruise ship travel ban, Britons can now enjoy a holiday on the water once again. Here’s why a Danube river cruise is the perfect antidote to months spent in lockdown, offering spectacular scenery, amazing wildlife and an abundance of culture.

Waves lap against the side of the ship as the waiters hand out celebratory sparkling cocktails and the captain steadies Amadeus Brilliant in the current.

As we toast reaching “zero nautical miles” we share the moment with a swath of white pelicans – part of the largest flock in Europe – bobbing in the sea alongside the vessel.

What makes the scene even more extraordinary is that we’re on a riverboat that has taken us along one of Europe’s most popular rivers.

Yet the landscape at the invisible line where the Danube Delta meets the Black Sea is a world removed from the waterway usually associated with a namesake waltz and the beauty parade cities of Vienna and Budapest.

Surrounded by a natural wilderness that’s home to the world’s largest reed bed, more than 325 species of birds such as eagles and vultures, 43 mammals and 136 species of fish including endangered wild sturgeon – a species more ancient than the dinosaur and poached to the brink of extinction – we were totally immersed in a dramatic region where wildlife far outnumbers the human population.

For anyone that has sailed on the undeniably beautiful upper stretches of the Danube, you’d be forgiven for thinking that not much lies beyond the respective Hungarian and Slovakian capitals of Budapest and Slovakia.

Indeed, our journey began in the grand Austrian capital of Vienna, but continued way beyond the spot where most cruises turn around for the return voyage. 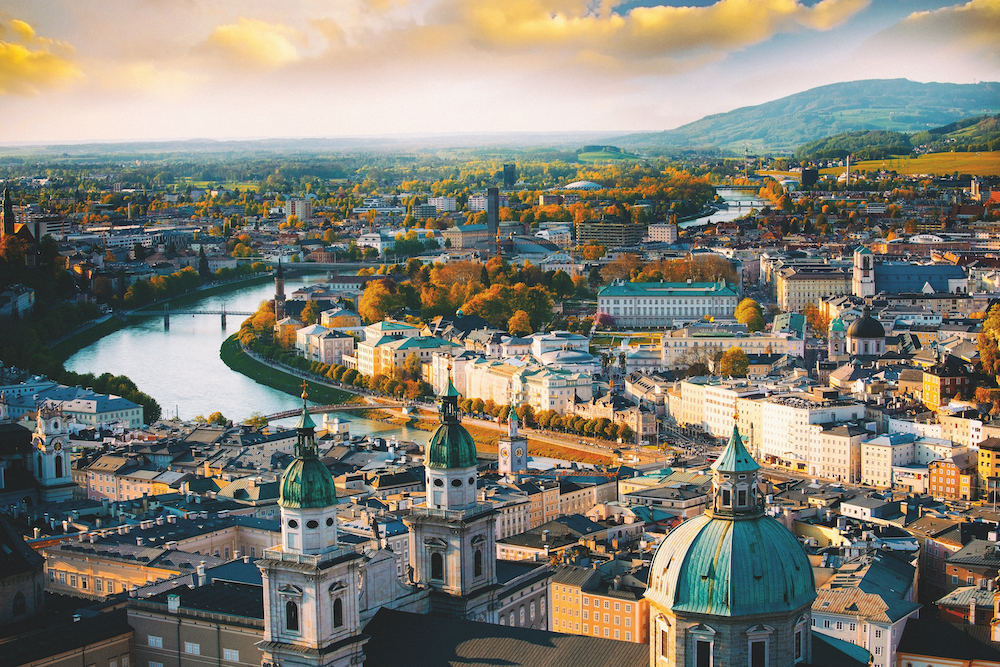 It wasn’t long before the sight of other passenger vessels and pleasure craft were replaced by working barges weighed down with cargo and village fishermen out at dawn in battered wooden boats. In fact, we only saw one other riverboat during our entire time on this lower Danube river cruise.

While the majority of river lines ply the better-known stretch of river, for more than 30 years Amadeus River Cruises has pioneered cruises to the point where Europe’s second-longest waterway ends its 1,777-mile journey from its source in Germany’s Black Forest.

The Danube river cruise can be booked either from Vienna to Bucharest or in the opposite direction, and after the ordered itinerary which ran like clockwork during the early part of our journey where ships pass seamlessly through Germany, Austria and Hungary, Amadeus Brilliant was subject to border controls in Balkan countries once hidden behind the Iron Curtain.

Our unflappable cruise director Arno took care of all the red tape and paperwork, but it sometimes meant delays of a few hours and we quickly learned to go with the flow.

In fact, it added to the sense of adventure and feeling that we were a group of rather intrepid travellers. We never missed out as excursions would always be rescheduled to accommodate any hold-ups caused by over-zealous border personnel. 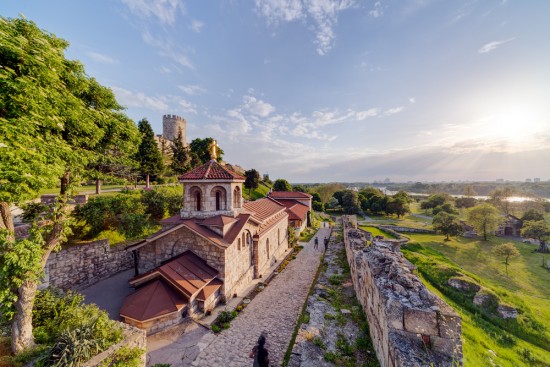 We sailed into Serbia where the shore tour took us to the ‘White City’ capital of Belgrade, which surfaced from the violent collapse of the former Yugoslavia in the 1990s to become a vibrant city.

The next day brought Bulgaria where our viewpoint from the ship provided a great spot to photograph the Baba Vida fortress, the country’s only completely preserved medieval fortress that was originally founded as a Roman garrison.

We got a close-up look during the afternoon excursion which included an unexpected classical music recital within the walls and the chance to stock up on some of Bulgaria’s famous rose oil products, which make great souvenirs and gifts to take home.

As the river widened by the day our downstream journey continued into Romania with a trip through vast, flat stretches of open countryside to the first city of Bucharest, once known as the ‘Paris of the East’. 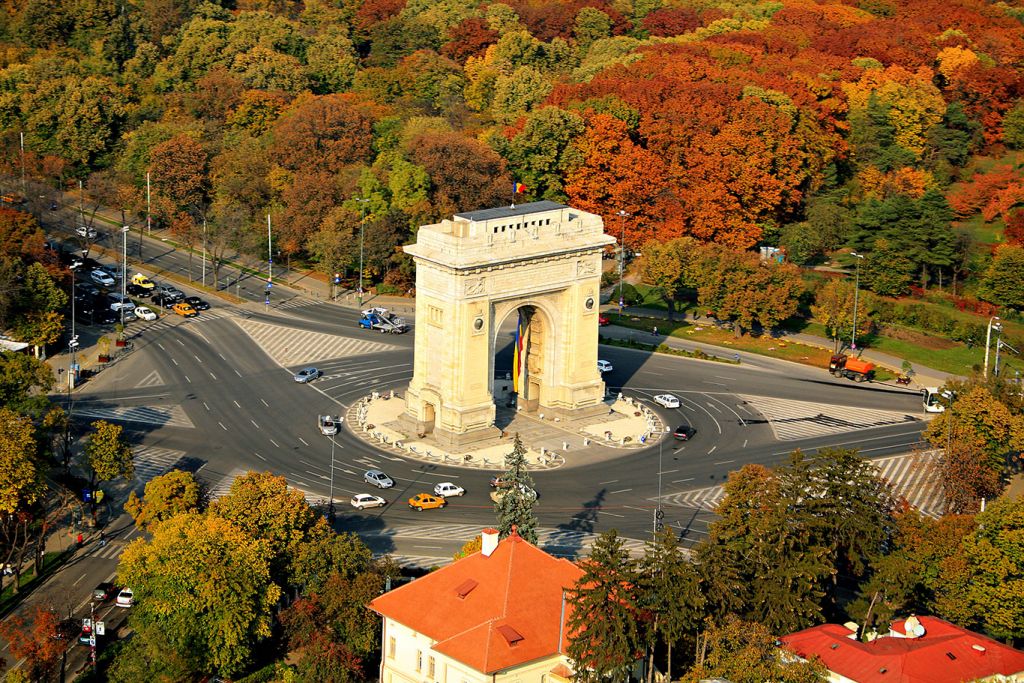 During our free time some of us stopped off at the expansive wood-panelled Caru’ cu Bere restaurant, where the menu encouraged us to “take a good look and what winks at you may come to your table”.

We settled for refreshing jugs of home-made lemonade flavoured with honey and mint plus some indulgent Romanian doughnuts served with sour cream and jam. As always, there were plenty of tales to swap with fellow passengers over dinner and in the comfortable lounge bar on our floating home-from-home.

As we drew ever closer to the Danube Delta there were coastal excursions, too. Constanta, one of Romania’s oldest cities, retains the fading elegance of the time when it was the seaside playground of King Carol I and the country’s elite.

The passing of time is most poignantly evident in the Art Nouveau casino where the glorious facade encloses a dilapidated interior that is now home to gulls rather than gamblers.

We finally moored at Sfântu Gheorghe, one of three channels leading to the 3,000 square miles of waterways, lakes, forests, pastures and sand dunes that make up the UNESCO-listed Danube Delta Biosphere Reserve. 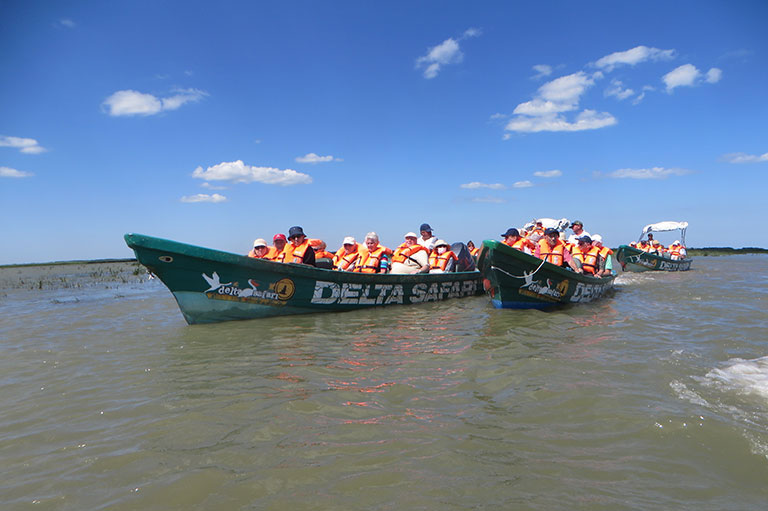 A thrilling safari boat excursion took us through dense reeds and wetland areas boasting the world’s third-largest diversity, surpassed only by the Galapagos archipelago and Great Barrier Reef.

On our return upstream journey, we navigated the Iron Gates, where the once perilous narrow gorge took four days to traverse, claiming many cargo ships along the way. Today it has been tamed by two locks that have reduced the passage to 90 minutes.

It is nevertheless exciting, and the sheer cliff walls include an imposing 140ft carving of the face of Decebalus, last king of the ancient Dacians.

During one of the thought-provoking onboard lectures, we learned how 17 villages, including the Turkish commune of Ada Kaleh, were flooded to make way for the dam, which also cut off the migration route for sturgeon that once embarked on an incredible 1,200-mile upstream journey to spawn near Vienna. 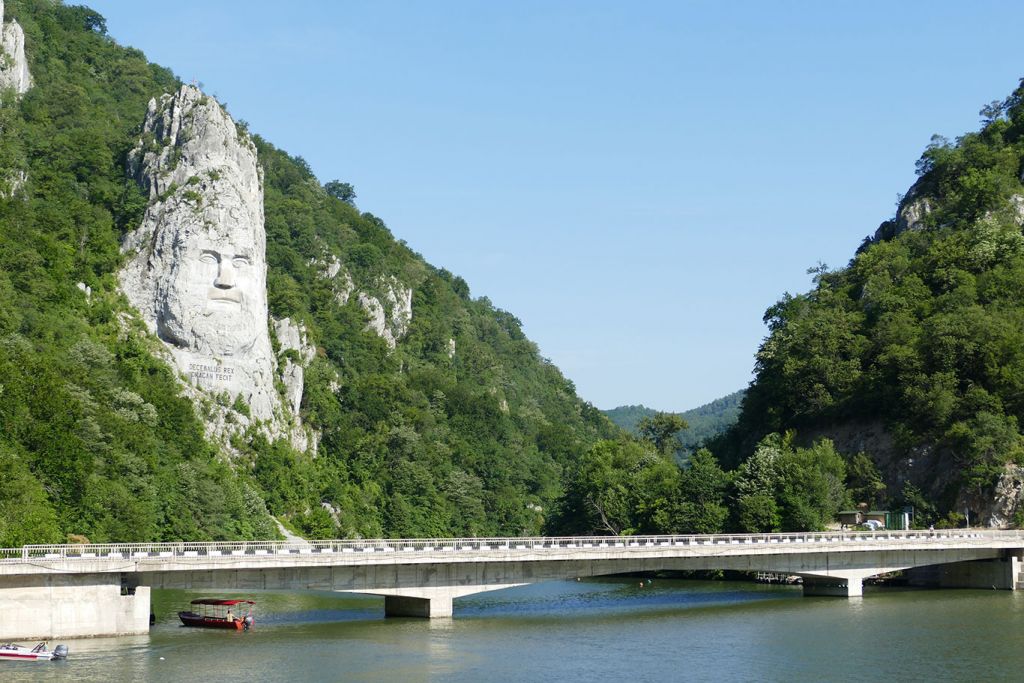 We were indeed privileged to experience our own remarkable voyage all the way from Passau to the untamed landscapes of the Danube Delta along a river of two very distinct halves.

Fred River Cruises 10-night ‘1200 Miles on the Beautiful Blue Danube’ river cruise itinerary, from £2,119, including all meals, wine with lunch and dinner, flights and transfers, fredrivercruises.co.uk