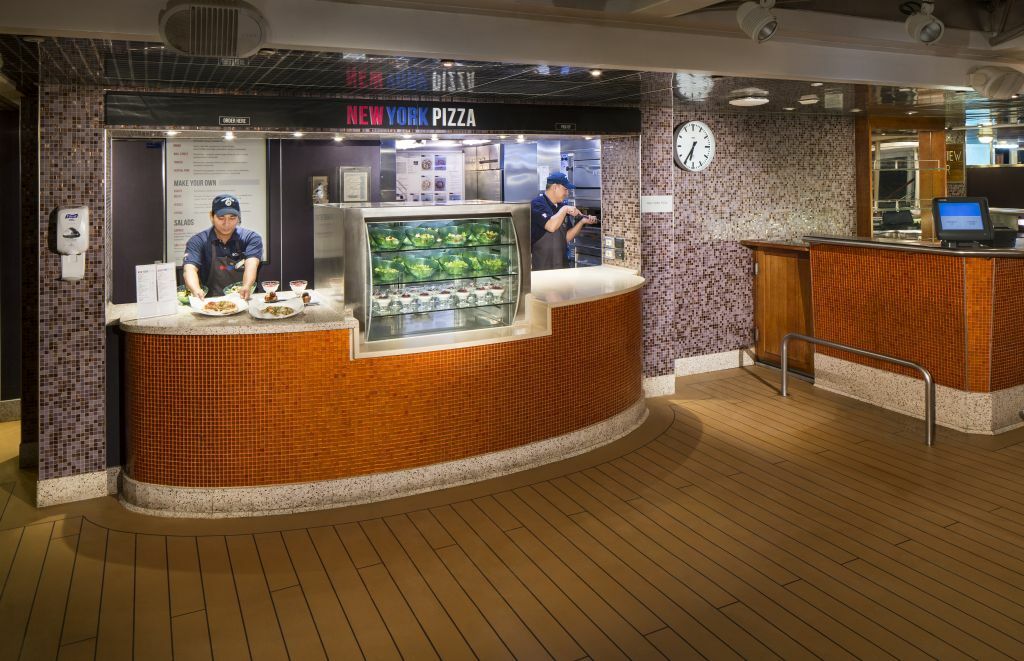 Holland America Line has released a series of photographs of Eurodam following a scheduled 14-day spell in dry-dock in the Bahamas. Lincoln Center Stage and Billboard Onboard are two new additions that complement the existing B.B. King’s Blues Club. Under the exclusive partnership with the Lincoln Center for the Performing Arts, Lincoln Center Stage showcases world-class

Holland America Line has released a series of photographs of Eurodam following a scheduled 14-day spell in dry-dock in the Bahamas.

Billboard Onboard features live musicians performing shows based on the interesting facts and figures of the music industry as chronicled by Billboard. Between the nightly sets and songs, guests can sing and play along with trivia questions presented on screens throughout the room.

Oosterdam will receive these venues during its April dry dock, and other Vista- and Signature-class ships will see the additions over the next few years.

During the dry dock, Eurodam received the line’s first Gallery Bar. The venue replaces Northern Lights and serves a cocktail menu created by celebrity mixologist Dale DeGroff. The Gallery Bar will be introduced on Nieuw Amsterdam, Noordam, Westerdam, Oosterdam and Zuiderdam by May 2018 as the ships each enter dry dock.

New York Pizza, which made its début on Nieuw Amsterdam, replaces Slice. It offers five thin-crust personal pizzas made-to-order in less than 10 minutes. After ordering, diners are given a pager to alert them when their pizza is ready.

A new interactive television system was installed throughout the ship, with large LED flat-screen TV’s offering access to complimentary movies on demand as well as easy access to the daily program and shipboard information including restaurant overviews, spa services and guest billing.

Orlando Ashford, Holland America Line’s President, said: “To keep the on-board experience fresh, we’re always working to create new and innovative concepts to delight our guests. Gallery Bar is a completely new venue for us, and several other enhancements are just starting to make their way onto the fleet, so it’s exciting that our guests are finally able to experience them all together for the first time on Eurodam.”