The celebrity chef reveals his most memorable dishes when travelling abroad

John Torode needs no introduction. The Australian-born chef has been delighting us on our TV screens for many years now as co-host of much-loved BBC cooking show Masterchef.

Torode is also widely credited for introducing Australasian food into the UK in the mid-90s, considered the heyday of the British food revolution.

Along with his culinary pursuits, Torode is a keen traveller and after being named ambassador of The Kimberley in Western Australia by luxury cruise and tour operator APT, the 54-year-old celebrity chef embarked on an expedition cruise of the region last summer.

“Food, eating, flavours, smells and textures of food and writing recipes have always punctuated my life.

“One of the greatest meals I have ever eaten was a simple grilled fish cooked over a flame when I was in Portugal decades ago. It was at a beach café; the owner brought over a bucket filled with fish from which I selected a piece of sole – and what a good choice it turned out to be.

“When cooked, the skin was crispy and scorched, and the fish exceptional. The sun was shining as I drank rosé and looked out over the sea. I felt very grateful to be there at that moment.

“It took many years for me to be as inspired in the same way, with such pure simplicity and deliciousness. 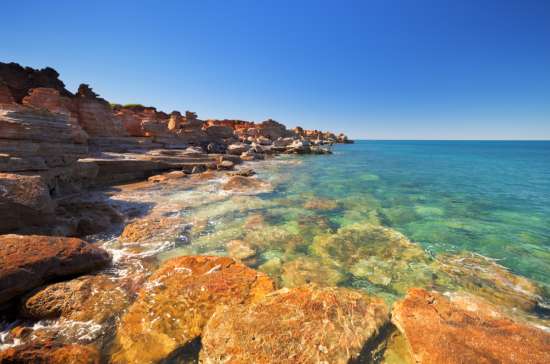 “It was in Australia. On my second day in Broome, Western Australia, before I boarded the Island Sky for a cruise of the Kimberley coastline (which incidentally has been the highlight of my life’s travels), I was asked to go crabbing.

“What is that you ask? It is quite simply going fishing for crabs in a little tinny (metal boat), using nets and some bait.

“The reason for crabbing is to get crabs to eat straight away and later that afternoon, after what can only be described as a very fun, lively and enjoyable fishing expedition, we sat down and ate spiced chilli crab.

Hot and spicy with roasted chillies and salt, and highlighted with coriander and lashing of vinegar, it is the perfect dish to enjoy while watching the sunset over one of the most remote places in Australia.

“It was an amazing evening of food, wine, laughter and stories. Maybe it was a sign as the next day I boarded my expedition cruise along the Kimberley coast for the journey of a lifetime. I can still taste the wonderment of that delicious crab now.”