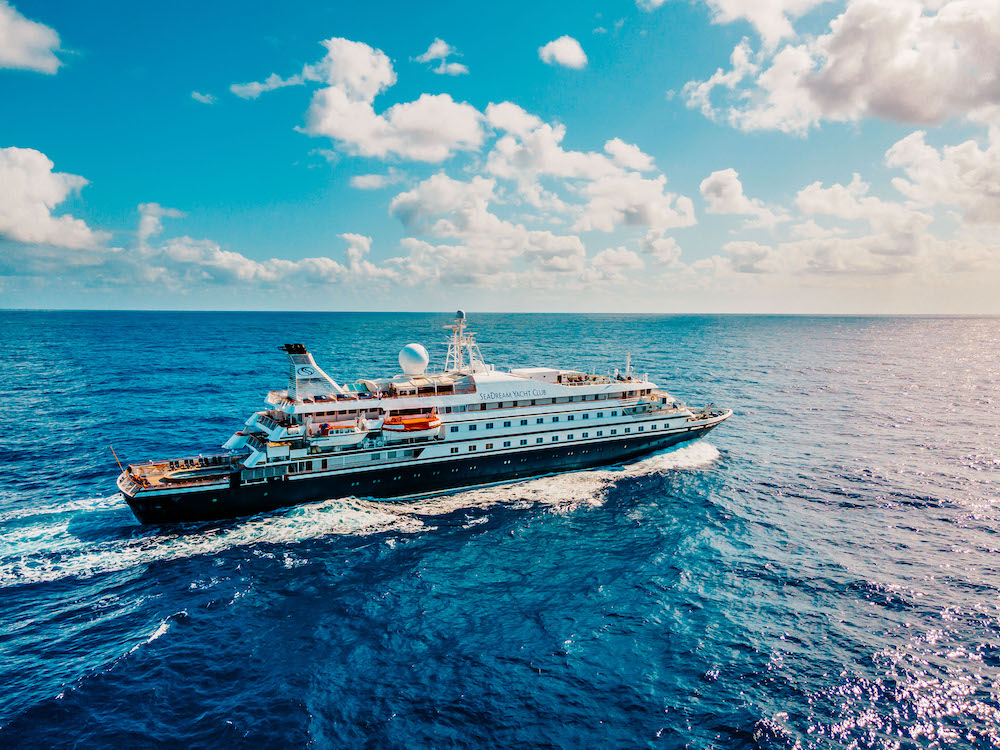 On Board the First Caribbean Cruise from UK Since Lockdown

Caribbean Cruise: Inside the first post-Covid Caribbean cruise with Cruising with Ben and David, including what it was really like on board.

For people used to spending most of their time on cruises, 2020 has been an incongruous year for couple Ben and David Hewitt-McDonald.

The pair – who operate a successful YouTube channel that boasts 70,000 subscribers as well as a cruise blog – has, like the rest of us, been landbound since March following the suspension of sailings.

However, the tide dramatically turned for the couple this October when they found themselves among 19 passengers on a 17-day transatlantic cruise aboard SeaDream I, the first ship to sail a Caribbean cruise following the global suspension of cruises.

"We were pleasantly surprised as we did not think we’d be cruising this year," admitted Ben, 36. "Cruising has been unfairly represented during the last few months."

SeaDream Yacht Club began sailing in June, and after carrying out a successful summer season in Norway, departed Oslo for a 21-day sailing to the sun-soaked Caribbean via Rotterdam, Portsmouth and Funchal, Madeira.

Boarding in Portsmouth, Ben and David were greeted with a very different experience than they were used to. They, along with fellow passengers, were required to arrange a Covid-19 PCR test no longer than 72 hours before embarkation, have a printed negative certificate, and fill in a passenger locator form as well as a health declaration.

And it didn’t end there. With measures stricter than ever before, baggage was cleaned using an electrostatic cleaning gun, and a secondary Covid test and health check – including blood oxygen levels test with the ship’s doctor – were conducted. Was it worth it?

"Once through security we saw the ship the first time, it was a welcome sight after an almost eight-month break," said 31-year-old husband David. "After one last spray of our shoes and soles, we were onboard, being warmly greeted with champagne and cold towels."

The reason SeaDream underwent such rigorous checks was to preserve the on-board experience for which its known, being one of the most luxurious small-ship operators in the world.

Once on board, masks were not required, though provided for passengers who wished to wear one. Indeed, the only masks worn on board during Ben and David’s voyage were those worn by the spa team for treatments such as massages and haircuts.

"Speaking to our fellow passengers this was the biggest factor in helping them make the decision to cruise at the moment," said Ben. "We have to say we felt very comfortable – each passenger had already tested negative twice. It really does feel like one of the safest places on earth."

This feeling of normality is something we are all craving, and Ben and David stressed how life on board a ship wasn’t all that different to how it was pre-Covid. Apart from social distancing and a few other changes, they argued how it felt very much like a normal cruise, with the ship’s pool, spa, casino and gym all open for guests. "It was fantastic because we want it to feel the same!" they said.

Ben and David admitted that one aspect of the normal cruising experience which no longer felt the same was the ability to mix with other guests. And yet, sailing through warm waters on a Caribbean cruise, the couple was fortunate in being able to spend plenty of time outdoors, enjoying socially-distanced mingling with their fellow passengers – a mixed crowd from the USA, UK, Denmark, Norway, Finland and the Netherlands. Sailing from Madeira to the Caribbean there were just 30 passengers on board, complemented by 60 crew.

The Foreign Office advice hasn’t yet changed towards ocean cruising, in spite of the stringent new post-Covid health and safety measures that have been implemented by cruise lines to ensure the safety of guests and crew.

For starters, SeaDream I was carrying a third of its usual occupancy, had extra hand sanitisers dotted around the ship, special signage reminded guests to social distance and temperature checks were taken and recorded daily – both regulations Ben and David noticed, but insist didn’t get in the way of their cruise experience.

"Our cabin was immaculate and was thoroughly cleaned every day including the use of a large UV light for 15 minutes each day," commented David. Crew members were also tested regularly throughout the voyage.

For the couple, one of the biggest changes came at mealtimes, where tables were distanced and the buffet was no longer self-service, with a member of the crew instead bringing a guests’ plate directly to their table for each meal. Sailing in the Caribbean, Ben and David explained how most dining happened on deck in the fresh air where there is much less risk of transition.

Being aboard SeaDream I could in many ways be compared to being in a bubble, with reality of the ongoing pandemic only setting in when going ashore, where port authorities have their own strict set of guidelines. Passengers including Ben and David wore a mask when disembarking in Madeira and were once again tested before being allowed onshore – a total of three separate tests in seven days for the passengers.

Cruise line SeaDream purposefully chose ports where Covid levels were very low and self-isolation wasn’t required when returning home at the time of sailing. Stops in the Caribbean included St Vincent and the Grenadines and Barbados, both of which currently have UK travel corridors.

Not yet able to explore alone, passengers wanting to go ashore had to do so as part of a SeaDream excursion, making sure passengers stay in their ship bubble. However, being a small ship, SeaDream I is fortunate in being able to sail into small ports, beach resorts, and secluded areas and coves – meaning no contact with local people.

So would they cruise again? In a heartbeat, and they’re already looking forward to 2021, set to sail on Virgin Voyages Scarlet Lady, Royal Caribbean’s Odyssey of the Seas and P&O’s new mega-ship Iona.

"We felt like it was one of the safest forms of travel before the pandemic and going forward the standards will be even higher," commented Ben. "Cruise lines are taking the situation very seriously and it has been good to see they are putting passenger and crew safety before profit by not rushing back before they are ready."

"Our SeaDream cruise proves that it can be done safely," added David. "Everyone we spoke to was thrilled to be back cruising and other guests reacted very much in the same way we did. It was incredible to be away from the daily news of coronavirus, politics, elections and Brexit – it was a most welcome break from reality.

"The mood on board was very upbeat, everyone seemed relaxed and happy to be there and we shared our stories of lockdown and discussed how glad we are to be back sailing. There was a shared appreciation that we were some of the very first people to be back at sea."

Of course, things will take getting used to, but if it means cruising again couples like Ben and David are more than happy to take as many tests as required.

“We have appreciated this cruise more than any other we have taken," they concluded. "As the saying goes you really don’t know what you have lost until you lose it."