He is the photography legend behind the picture that has come to symbolise all wars. Now 68, Steve McCurry is still travelling the world taking pictures

He is the photography legend behind the single picture that has come to symbolise all wars. Now 68, Steve McCurry is still travelling the world and still taking pictures

The man who took what could be the world’s most famous photograph has just snatched the iPhone out of my hand. ‘This is an assignment right here,’ laughs Steve McCurry, shooting frame after frame of my 10-year-old daughter.

Steve has taken many celebrated pictures in his 68 years, winning numerous prizes along the way, but he is renowned for one image in particular: Afghan Girl, which made the cover of National Geographic in June 1985 and is still used by Amnesty International in their campaigns today.

I’m meeting him aboard Silversea’s Silver Spirit, cruising to Flam and Bergen in Norway, where he’ll be giving a talk as part of his ‘travels with’ relationship with the luxury cruise line.

Thanks to this, he’ll be accompanying their guests to places such as Bhutan, Mongolia and the Easter Islands, capturing what Silversea calls ‘the authentic beauty of the world’.

Today though, it’s my daughter who has caught his attention. ‘See?’ Steve says, scrolling through the pictures he’s just taken. ‘You don’t need a fancy camera any more – I’ve actually published pictures that I’ve taken on my phone because the quality is so good. It’s not like in my day when you needed to carry a lot of kit around. Now your camera is always in your pocket.’

His day began in the 1970s when – after working as a press photographer in his native Pennsylvania – he moved to India. There, he learned patience: ‘If you wait,’ he says, ‘people will forget your camera, and the soul will drift up into view.’ 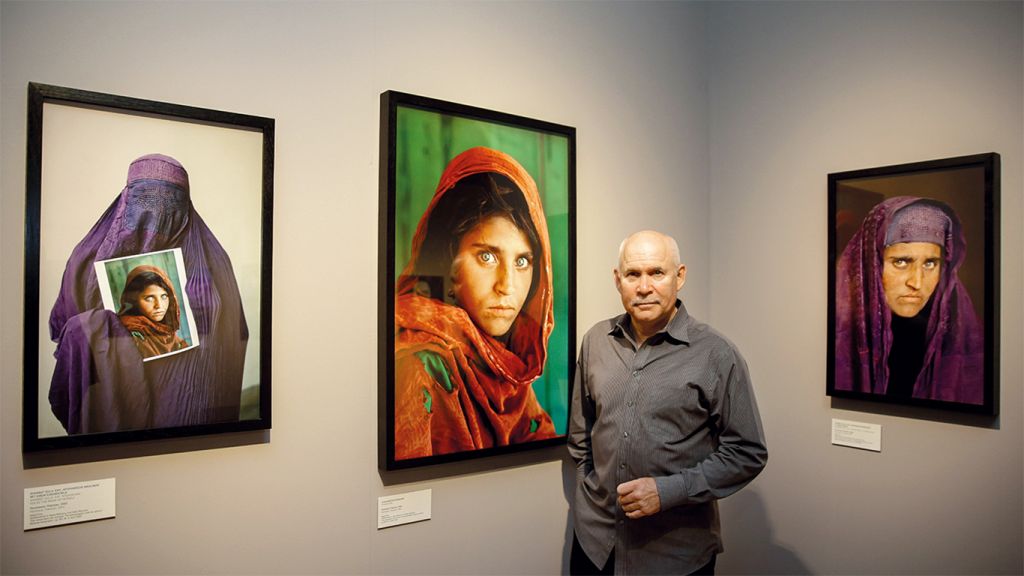 Hearing of a refugee crisis in Afghanistan, where rebels were fighting the government in the days before the Soviet invasion of 1979, Steve disguised himself and sneaked across the border from Pakistan.

‘No foreigners ever went to Afghanistan so I wore native clothes,’ he says. ‘Soon I became so dirty that I looked just like an Afghan farmer.’

Inside the country Steve discovered villages bombed out by helicopter gunships, and children orphaned by the fighting. ‘The story had to be told,’ he says, ‘but it was so remote that few people could tell it. I realised it had to be me.’

To smuggle out his pictures, Steve sewed the film into his clothes. ‘I also had dummy film on me, so that if anyone grabbed it they’d think they’d got my photographs,’ he explains.

His images of a people under attack from their own government went global, appearing in publications such as Time, Paris Match and The New York Times.

McCurry won the Robert Capa Gold Medal for Best Photographic Reporting from Abroad – the coveted prize for photographers showing exceptional courage and enterprise – but he refuses to see himself as brave.

‘I was young and brash and I wanted to make my mark,’ he shrugs. ‘We depend on photographers and journalists to get the story out, and I was impervious to the dangers.’

This assignment marked the start of a distinguished career, covering every major conflict from the Iran-Iraq war to the Gulf War.

Five years after that first visit, his travels took him back to Afghanistan, and to the Nasir Bagh refugee camp on the Afghan-Pakistan border, where he spotted the 12-year-old orphan girl who was to become the face of the conflict in that country.

‘I saw her in a tent that morning – she had an incredible look and there was a beauty but there was something disturbing in her eyes that took my breath away,’ he says.

Steve took the girl’s photograph but didn’t see the picture for another two months until he developed the film back at home. At first it was rejected by National Geographic for being ‘too disturbing’.

‘They said: “No one will want to look at that for a month.” Then the editor-in-chief asked to see the pictures, and as soon as he saw that one he leapt to his feet and said: “That’s our next cover”.’ 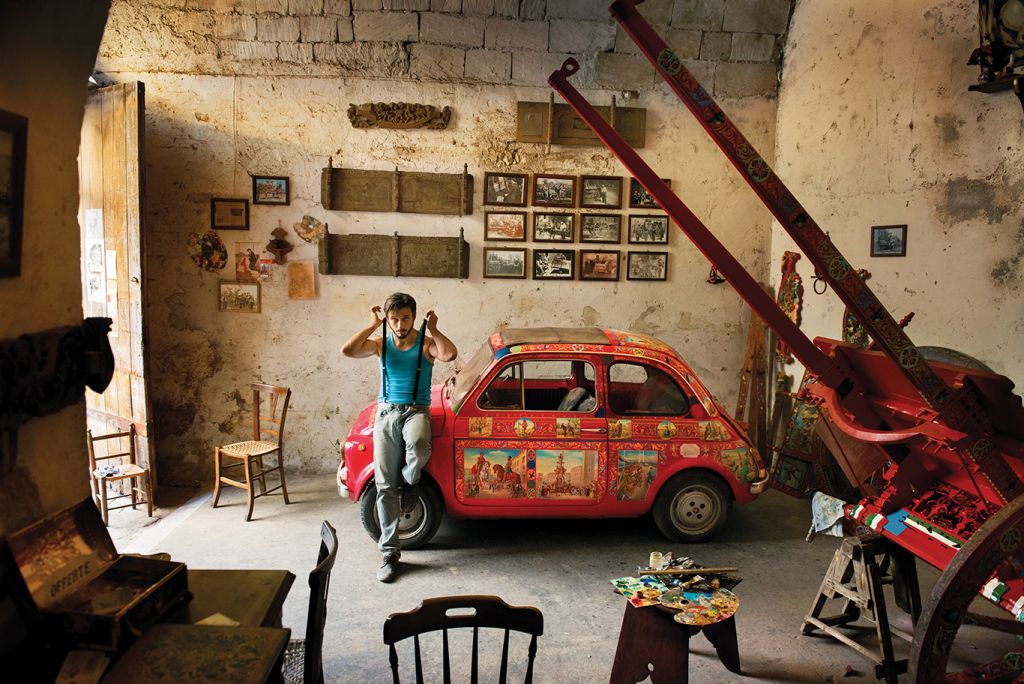 The picture had a huge impact, becoming the most successful in National Geographic’s 130-year history.

‘People volunteered to work in the refugee camps because of that photograph,’ Steve told CNN in a later interview.

‘And the Afghans are incredibly proud of it because the girl is poor but shows great pride, fortitude and self-respect. It drew attention to their plight, and inspired a lot of people.’

The girl’s name was Sharbat Gula – although her identity remained unknown for 17 years until Steve returned to the country and found her himself in 2002.

‘It was a profound moment meeting her again,’ he says. ‘She had never seen the photo and had no understanding of fame. We told her the whole world had seen her face, but she wasn’t particularly impressed.

‘I was grateful that she was alive and happy, that she’d married and had children – and that she was more or less healthy. We had been looking at her picture for 17 years and at last she could get some benefit from it.

‘I was so happy that we could finally help her – she could buy a house and educate her children. She let me take her picture again. Her skin had weathered, and she was older and wrinkled, but she pretty much looked the same.’

Steve himself is still travelling the globe, but now in the company of his wife Andie and their 18-month-old daughter Lucia, of whom he is a very proud and a hands-on dad. 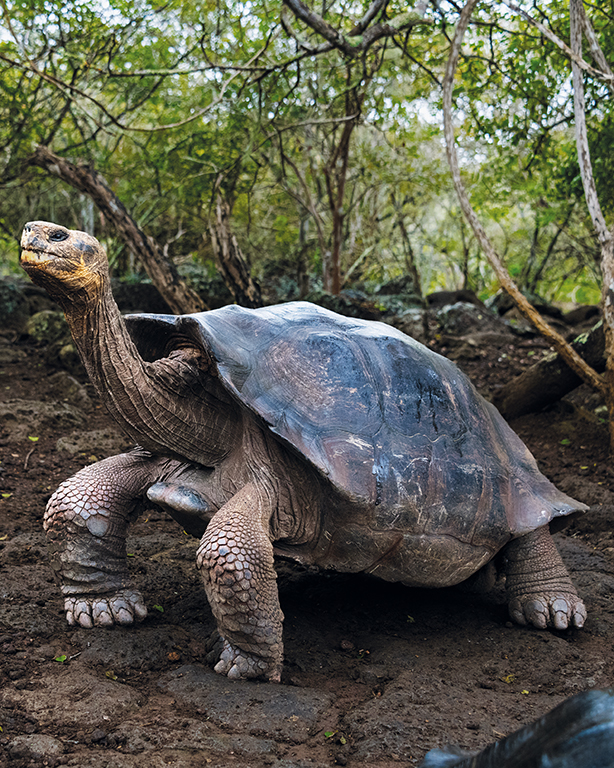 ‘She is a great traveller,’ he says. ‘We have been around the world three times together and she takes it all in her stride.’

And he is still as obsessed by photography as when he first started out – ‘Only now my favourite subject is my daughter.’

As well known today for his travel pictures, featuring vanishing cultures and even wildlife, the former war photographer has proved a natural fit with the six-star cruise line.

‘They called and we started talking about travelling to some interesting places and particularly about expeditions,’ Steve explains. ‘I wanted to go to Mongolia and the Galapagos islands. For me it’s all about exploring this planet – we live once and I want to see as much of it as I can.’

Next on his list are the Arctic and Antarctic (‘There’s only one way to see them, and that’s by ship’), and then Russia – he’s especially looking forward to visiting St Petersburg and the Hermitage Museum.

‘I’m just too curious not to travel,’ he adds. ‘That’s why I’m here. I think that’s how everyone should be – I just happen to do it with a camera in my hand.’