Dublin is making a comeback. The decade-long "Celtic Tiger" boom era was quickly followed by the Great Recession, but The Recovery has finally taken a precarious hold. For visitors, this newer and wiser Dublin has become one of western Europe's most popular and delightful urban destinations. Whether or not you're out to enjoy the old or new Dublin, you'll find it a colossally entertaining city, all the more astonishing considering its intimate size.It is ironic and telling that James Joyce chose Dublin as the setting for his famous Ulysses, Dubliners, and A Portrait of the Artist as a Young Man because it was a "center of paralysis" where nothing much ever changed. Which only proves that even the greats get it wrong sometimes. Indeed, if Joyce were to return to his once-genteel hometown today—disappointed with the city's provincial outlook, he left it in 1902 at the age of 20—and take a quasi-Homeric odyssey through the city (as he so famously does in Ulysses), would he even recognize Dublin as his "Dear Dirty Dumpling, foostherfather of fingalls and dotthergills"?For instance, what would he make of Temple Bar—the city's erstwhile down-at-the-heels neighborhood, now crammed with cafés and trendy hotels and suffused with a nonstop, international-party atmosphere? Or the simple sophistication of the open-air restaurants of the tiny Italian Quarter (named Quartier Bloom after his own creation), complete with sultry tango lessons? Or of the hot–cool Irishness, where every aspect of Celtic culture results in sold-out theaters, from Once, the cult indie movie and Broadway hit, to Riverdance, the old Irish mass-jig recast as a Las Vegas extravaganza? Plus, the resurrected Joyce might be stirred by the songs of Hozier, fired up by the sultry acting of Michael Fassbender, and moved by the award-winning novels of Colum McCann. As for Ireland's capital, it's packed with elegant shops and hotels, theaters, galleries, coffeehouses, and a stunning variety of new, creative little restaurants can be found on almost every street in Dublin, transforming the provincial city that suffocated Joyce into a place almost as cosmopolitan as the Paris to which he fled. And the locals are a hell of a lot more fun! Now that the economy has finally turned a corner, Dublin citizens can cast a cool eye over the last 20 crazy years. Some argue that the boomtown transformation of their heretofore-tranquil city has permanently affected its spirit and character. These skeptics (skepticism long being a favorite pastime in the capital city) await the outcome of "Dublin: The Sequel," and their greatest fear is the possibility that the tattered old lady on the Liffey has become a little less unique, a little more like everywhere else.Oh ye of little faith: the rare ole gem that is Dublin is far from buried. The fundamentals—the Georgian elegance of Merrion Square, the Norman drama of Christ Church Cathedral, the foamy pint at an atmospheric pub—are still on hand to gratify. Most of all, there are the locals themselves: the nod and grin when you catch their eye on the street, the eagerness to hear half your life story before they tell you all of theirs, and their paradoxically dark but warm sense of humor. It's expected that 2016 will be an extra-special year in the capital, as centenary celebrations of the fateful 1916 Easter Rising will dominate much of the cultural calendar.
What to see and doCruisesNeed to knowGalleryRelated articles

The bustling port city is perhaps unsurprisingly the busiest in Ireland, with more than 150 cruise ships docking in one of the three quays near the mouth of the River Liffey, situated to the east of the city centre. A 10-minute shuttle bus or taxi ride takes you into the heart of the city and what is great about Dublin is that it’s not too large, so cruise passengers arriving for the day or staying overnight will get to enjoy the majority of what the city has to offer, from world-class museums to top-notch restaurants and nightlife.

Trinity College saw record numbers of applications following the success of TV show Normal People, the adaptation of Sally Rooney’s acclaimed romance, as viewers fell in love with the beauty of Ireland’s prestigious university. Located in the heart of the city, visitors can wander through the grounds and peruse the many tomes in Trinity’s beautiful Old Library. A bibliophile’s dream, it is the largest library in Ireland and is the home to The Book of Kells. Considered to be one of Ireland’s greatest treasures, this illuminated manuscript Gospel book in Latin contains the four Gospels of the New Testament together with various prefatory texts and tables, and is more than 1,000 years old. 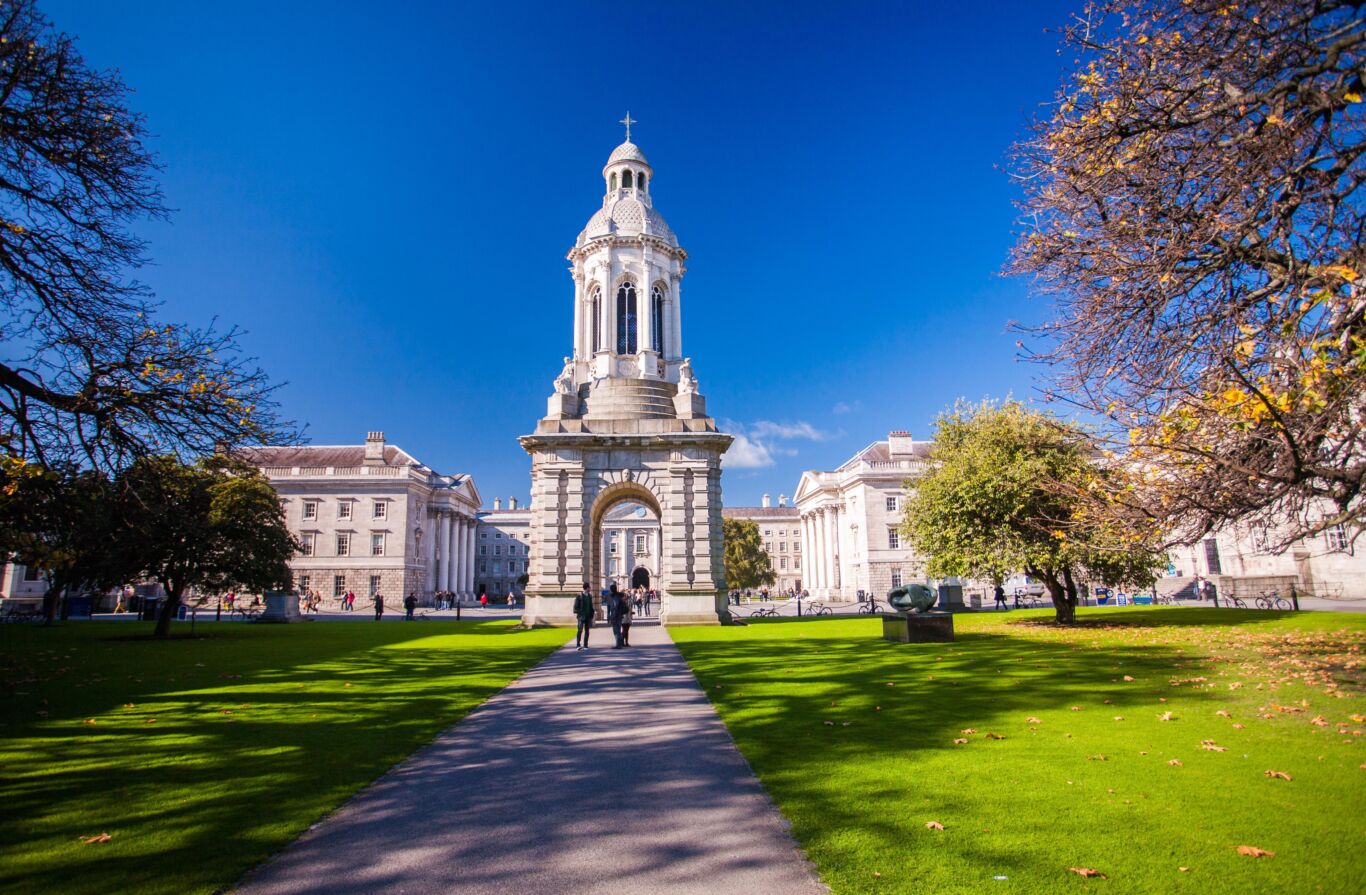 Dublin features several lush green spaces to escape the bustling city centre, including Phoenix Park. Situated two miles from downtown Dublin, the vast walled park spans 1,700 acres and along with long stretches of greenery, houses a sports field, the Wellington Monument, and both the Presidential and US Ambassador’s residences. A great family day out would include a visit to Dublin Zoo, also located within the park and home to an impressive variety of animals. 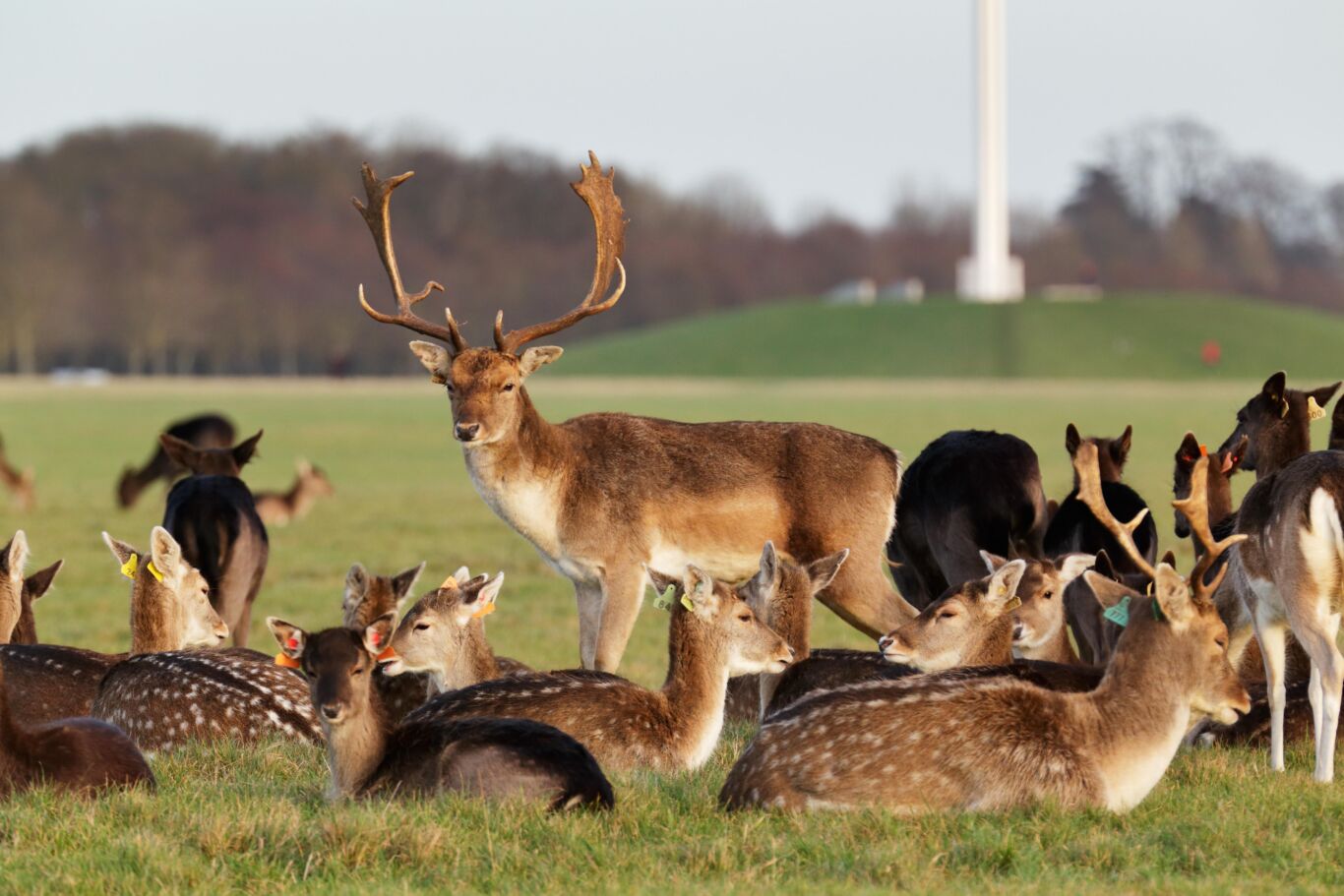 The city is home to a wealth of great museums and galleries. Hugh Lane gallery houses the foremost public collection of contemporary art in Ireland, along with dynamic temporary exhibitions and programmes. Artists and historians the world over are also drawn to the gallery to see the Francis Bacon Studio, which was acquired in 1998 and features the the first computerised archive of the entire contents of a world ranking artist's studio. Fans of contemporary art should also pay a visit to the Irish Museum of Modern Art. Other notable museums in the city include the Royal Hibernian Academy and The Little Museum of Dublin, which tells the story of 20th-century Dublin through a compilation of donated collectables and even has a room dedicated to legendary rock band U2.

You cannot visit Dublin without paying a visit to the birthplace of Ireland’s iconic national drink. The Guinness Storehouse, located at the famous St James’s Gateway Brewery, is Ireland’s number one tourist attraction. Visitors will learn about the history of Guinness, before enjoying a chilled pint while taking in the views of the capital at the Gravity Bar. After your tour, enjoy a drink with the locals and some traditional Irish music at O’Donoghue’s, where Irish folk band The Dubliners often played gigs.

Kilmainham Gaol today stands as a symbol of the fight for Irish independence. The prison, now a museum, held some of the famous military and political figures who fought for freedom, from Robert Emmet to Anne Devlin. Tours typically last roughly 45 minutes and provide a history of the jail, including the extremely poor treatment of inmates, along with facts about the politics and restoration of the prison. 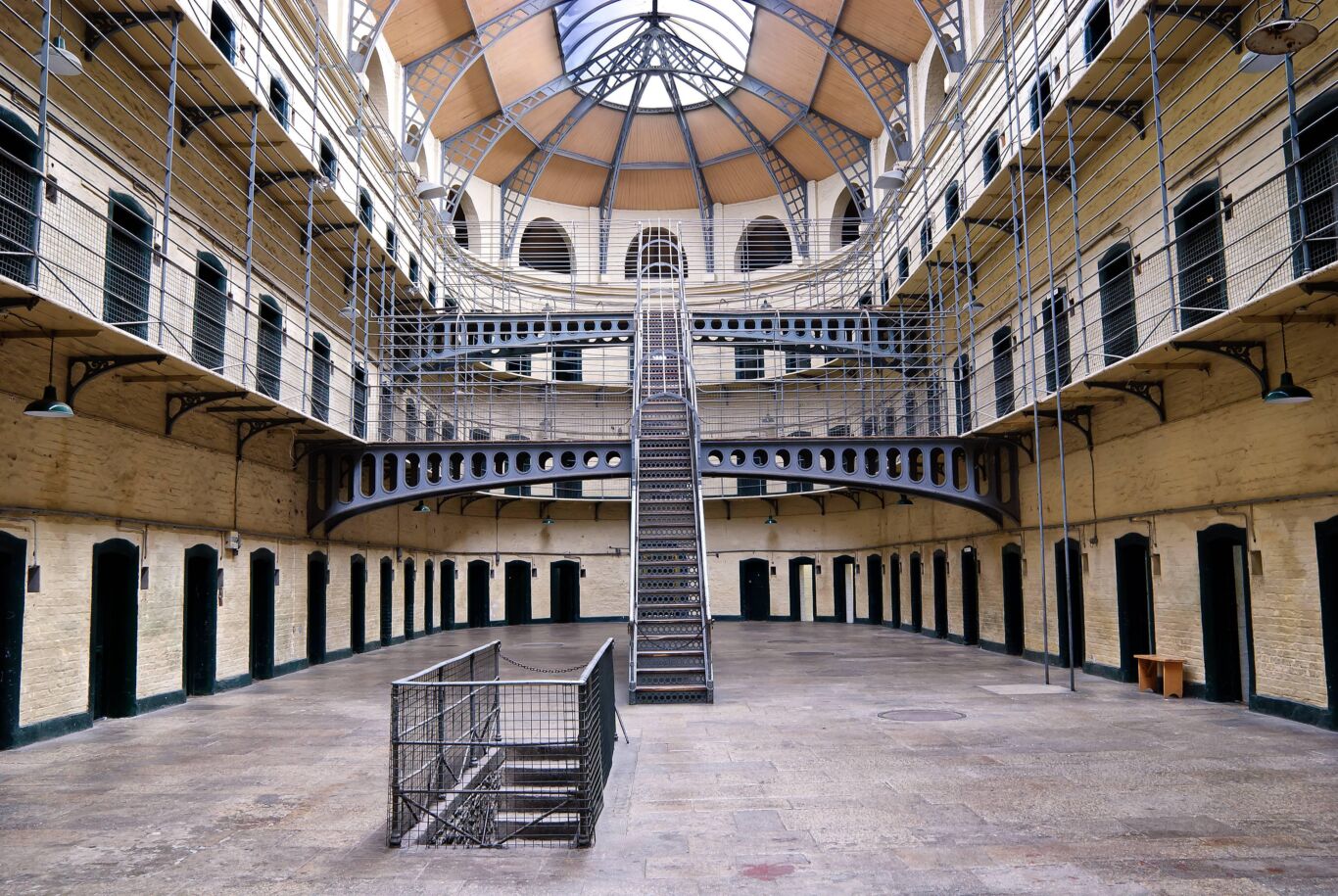 Considered one of the most important buildings in Irish history, Dublin Castle was built in the early 13th century on the site of a Viking settlement and for centuries served as the headquarters of English, and later British, administration in Ireland. 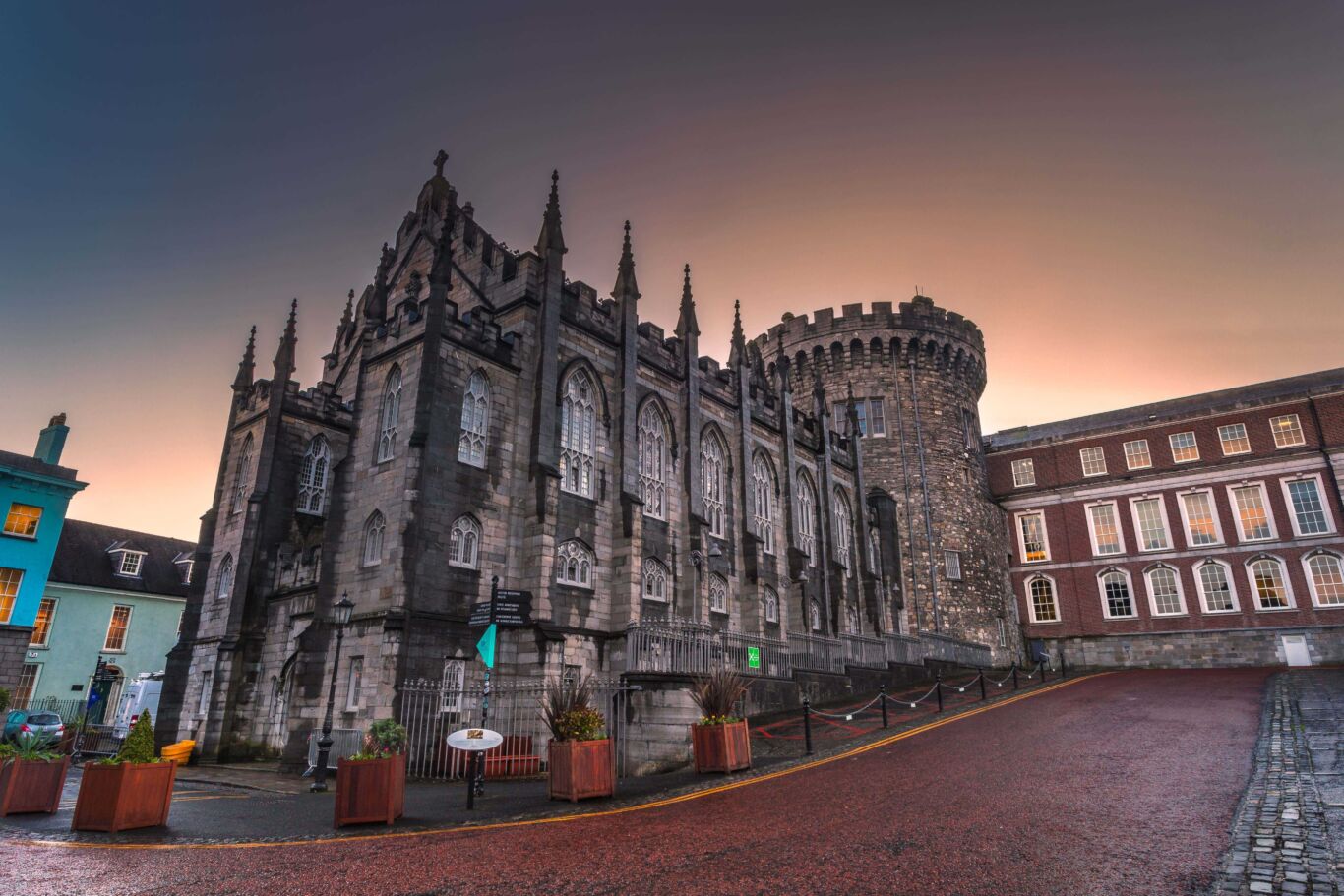 The narrow Liffey River has an impressive 23 bridges across it in total. Must-sees include the Venetian-style Ha’penny bridge, and Grattan Bridge, which features characteristic seahorse lamps, both of which are found in the heart of town. The modern Samuel Beckett Bridge, designed by architect Santiago Calatrava, is also worth seeing, along with the James Joyce bridge, further west.

Trade Routes of the Middle Ages

Need to know when travelling to Dublin

Getting around in Dublin

The Luas tram system has two lines traversing the town, or you can hop on one of the many buses which travel round the city. Bikes are also for hire, or you can buy a ticket for the Dublin hop-on hop-off city bus tour.

When to go to Dublin

The best times to visit Dublin is during the spring, summer and autumn months, from April through to October. The city comes alive in the summer with festivals but if you prefer to avoid the crowds, the ideal months are from April to June, and September to October.

Northern Ireland’s capital uses the euro. You will find ATMs and currency exchange shops scattered across the city. The British pound is not generally accepted in Dublin or the rest of the Republic of Ireland. 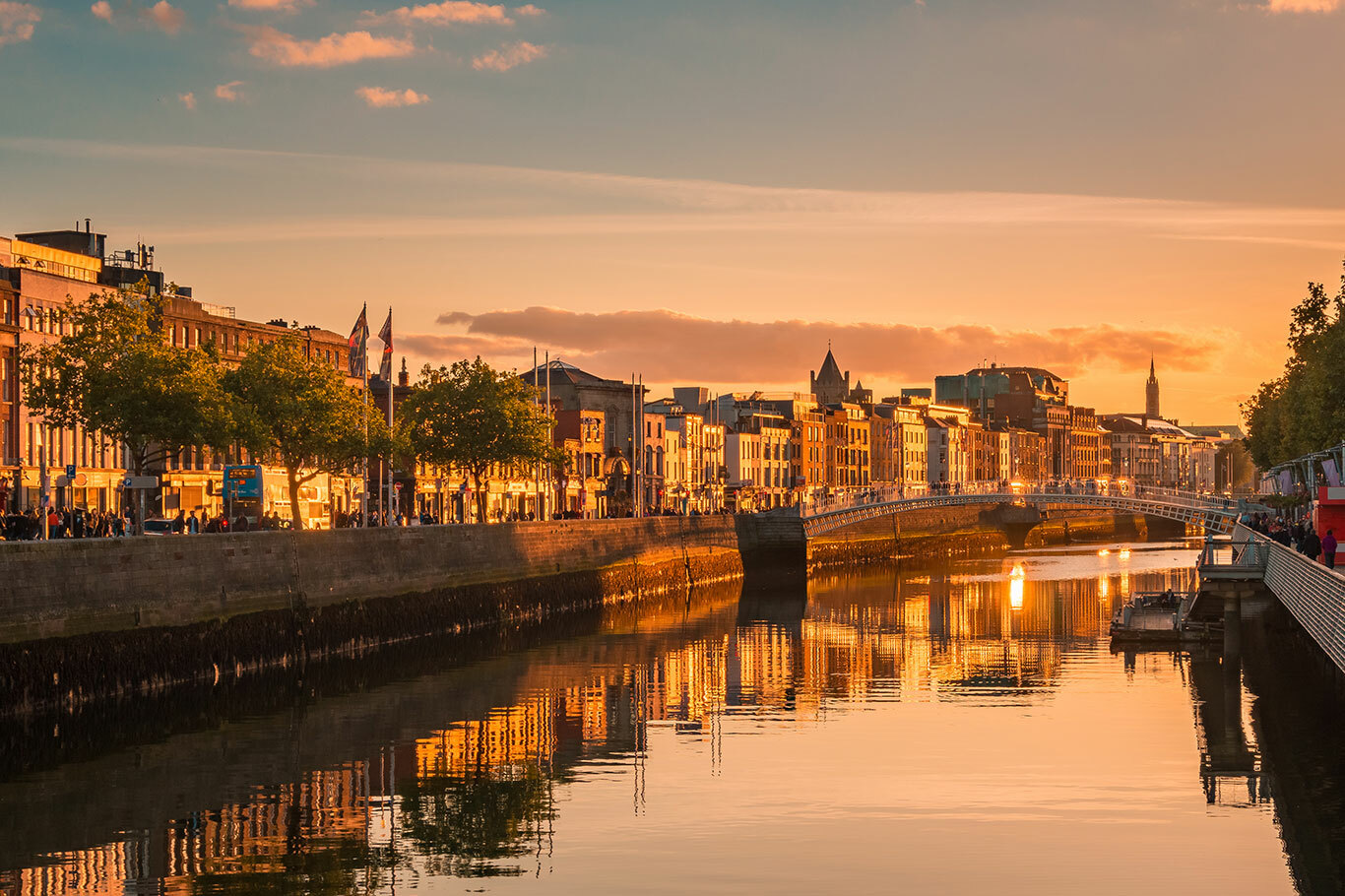 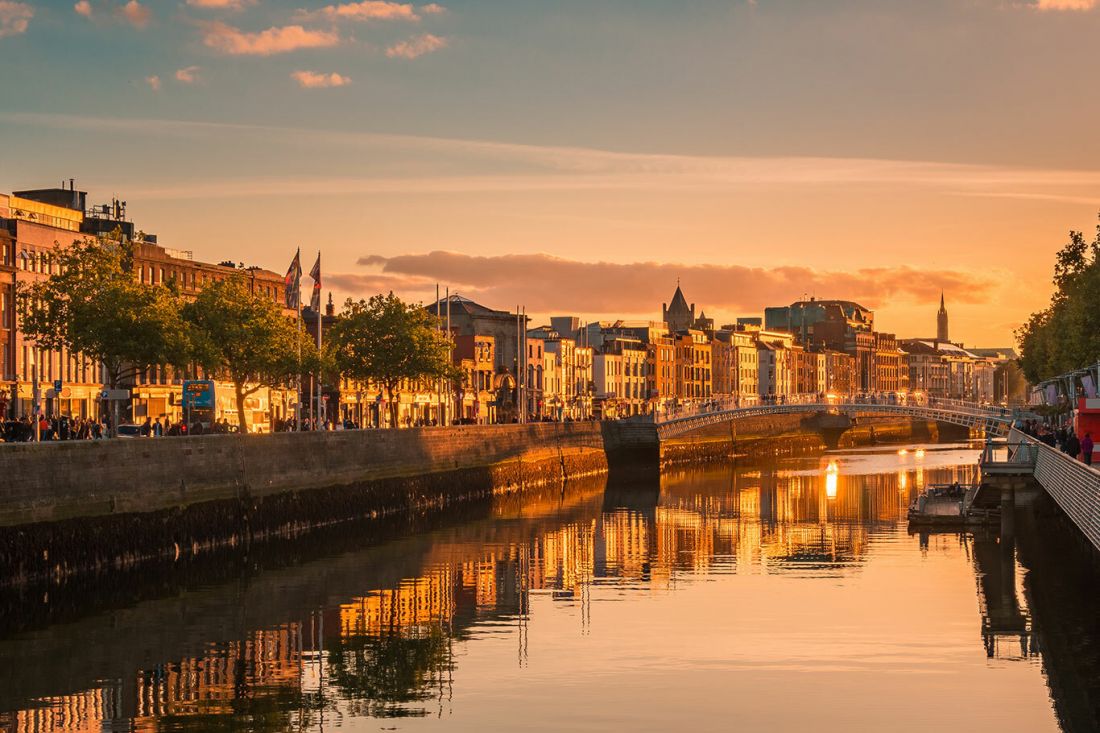 Dublin City Guide: 10 Things to See and Do in Ireland’s Craicing Capital