Smack bang in the middle of the Mediterranean is an island blessed with seemingly perennial sunshine, rolling countryside, picturesque colourful citadels and the freshest of Italian food. That island is Sardinia. Closer to Africa than Italy, Sardinia is one of the most beautiful outcrops in the world, famous for its buzzing and trendy ports – think Cagliari and Porto Cervo – landscape of ancient ruins and rural farmsteads and 1,150 miles of superlative coastline. Few places look like they do in the photos, but Google Sardinia and you’ll see why everyone from Roman invaders to billionaire yachtsmen have scrambled to land on its shores. The best news? It’s home to four cruise terminals, dotted all over the island.

As a sun-soaked Mediterranean island, Sardinia is the perfect cruise destination – with four cruise terminals dotted around the island. Its capital Cagliari pulsates with energy and Italian tradition, while its northern coastline sways to the gentle hum of house music and waves crashing against the rock. Sardinia is a popular stop on Italian cruise itineraries for lines like Costa and MSC Cruises, but also on Mediterranean sailings with Royal Caribbean, NCL, Celebrity Cruises and P&O Cruises. For a small-ship experience and chance to dock outside of Cagliari, choose a small, luxury cruise line like Silversea, Azamara and Ponant, who are able to dock in Olbia and Alghero.

What to see and do in Sardinia

Cagliari is Sardinia’s well-lived in capital, a vertiginous colourful jumble of time-worn trattorias, winding alleyways and domed churches. The best way to arrive in the capital is by sea, seeing the grand citadel rise from the waves and the palm-tree lined marina. Cagliari is the most Italian of Sardinia’s cities, where you’ll find cobbled alleyways sitting under washing lines, and locals sipping espressos in squares and zipping by on Vespas. Cagliari has a fantastic modern shopping area, medieval walled quarter Castello and plenty of restaurants, bars and museums – like the Museo Archeologico Nazionale di Cagliari with its Roman and Byzantine artefacts. Make sure to visit the Mercato di San Benedetto and climb to the grand Bastione di Saint Remy for incredible views and a great rooftop bar.

Alghero is one of Sardinia’s most beautiful cities, situated on the northwest coast of the island and with a distinctly Spanish vibe. The city is known for its historic cobbled centre of Catalan Gothic buildings, like the Cattedrale di Santa Maria, Palazzo Guillot, 14th-century Chiesa di San Francesco church and Chiesa San Michele with its colourful dome. The old town is definitely the place to be, whether you’re dipping in and out of shops and bars, exploring café-lined piazzas. Situated on the waterfront, you’ll also a waterfront marina dotted with fishing boats and yachts and beautiful beaches to the north of the city.

A popular day out in Sardinia is to the small town and commune of Bosa in the province of Oristano, sitting on a small hill on the north bank of the Temo river. The town is known for its bright jumble of pastel-coloured buildings that line the riverside, all with sun-baked terracotta roofs, and the majestic golden 12th-century Malaspina Castle perched on a citadel. Many of the town’s sights lie on the north bank of the river, like the Corso Vittorio Emanuele and two central piazzas: Piazza Costituzione and Piazza IV Novembre. South of the river, the Via Nazionale will take you west to the Bosa Marina. Make sure to shop for olive oil and Malvasia wine – local specialities.

Beaches of the Costa Smeralda

Sardinia has some of the best, if not the best, beaches in the Mediterranean, and the cream of the crop are found in the Costa Smeralda or Emerald Coast in the northwest of the island. Here you will find rolling cliffs, white coves and aquamarine waters, developed in the 1960s when the Aga Khan came across the most beautiful stretch of coastline he’d ever seen. Hotels, boutiques and glitzy ports opened and Europe’s jet-set poured in, and today its golden bays host superyachts, pop-up bars and sailing competitions. However, the beauty remains the same, and the best beaches to visit are Principe beach – Aga Khan’s favourite – Cala di Volpe, pink-hued Liscia Ruia and both Grande and Piccolo Pevero beaches.

At the heart of the Costa Smeralda is the utopian town Porto Cervo, a paradise playground of designer shops and chic restaurants, entirely manmade and resembling the Flintstone town of Bed Rock. The marina is packed with superyachts and streets lined with supercars, and the gentle hum of house music fills the air. Splash out on the freshest lobster pasta at the marina-side Café du Port or hang out with yachties and locals at bougainvillaea-covered Hivaoa – dishing out the most delicious (but still affordable) pasta and pizza. In summer big time brand fight to pop-up in the trendy marina and you’ll always find a new art gallery, showroom or pop-up bar to visit.

Nora is the most impressive historical site on the island, found on the sun-baked peninsula just 28km outside of Cagliari. Housing the striking Roman Amphitheatre, Nora lies half in the sun, half under the water, and guests can wander its temples, mosaics and thermal baths. The fully formed in the 4th century BC, conquered by the Romans in 238BC an transformed into a grand settlement with 8,000 inhabitants. With southern Sardinia slowly sinking beneath the waves, aquatic enthusiasts can even dive or snorkel amongst the submerged Roman ruins, spotting ancient roads and mesmerising colourful sea life. The remains of the amphitheatre at Nora are occasionally used for concerts during the summer.

Need to know when travelling to Sardinia

Getting around in Sardinia

In Cagliari, the island’s main cruise terminal, the main commercial port is on the west side of the peninsula. It can accommodate a handful of cruise ships, though only one is usually in port at a time and is about a 20-minute walk to the waterfront and city centre. The Port of Cagliari operates a free shuttle between the port and city centre.

When to go to Sardinia

The best time to visit Sardinia is May to July and September to October, when the crowds aren’t as big and the temperatures hot, but not unbearable. The island also hosts an array of festivals and it’s worth timing your visit. The famous Sant’Efisio takes place in Cagliari in May – with horseback parades, musicians and stalls – and the mountainous region of Barbagia hosts a series of food and wine festivals from September to December.

Any UK citizen who holds either a full UK passport or a BOTC, BOC, BPP or BS passport can travel to Italy visa-free. 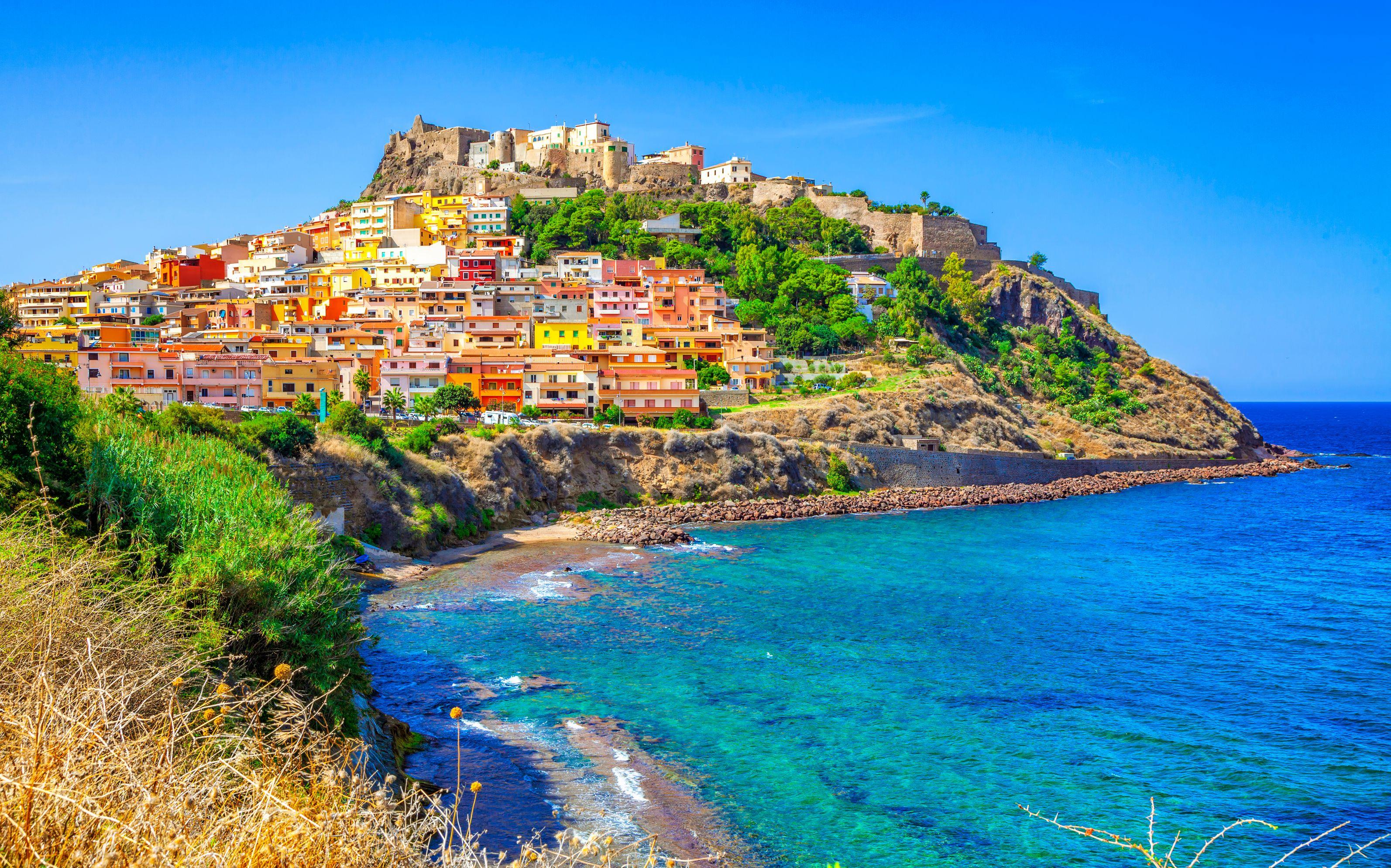 Cruise only from
£479*pp
View more